Save Austrian Prison Newspaper for 1000 inmates 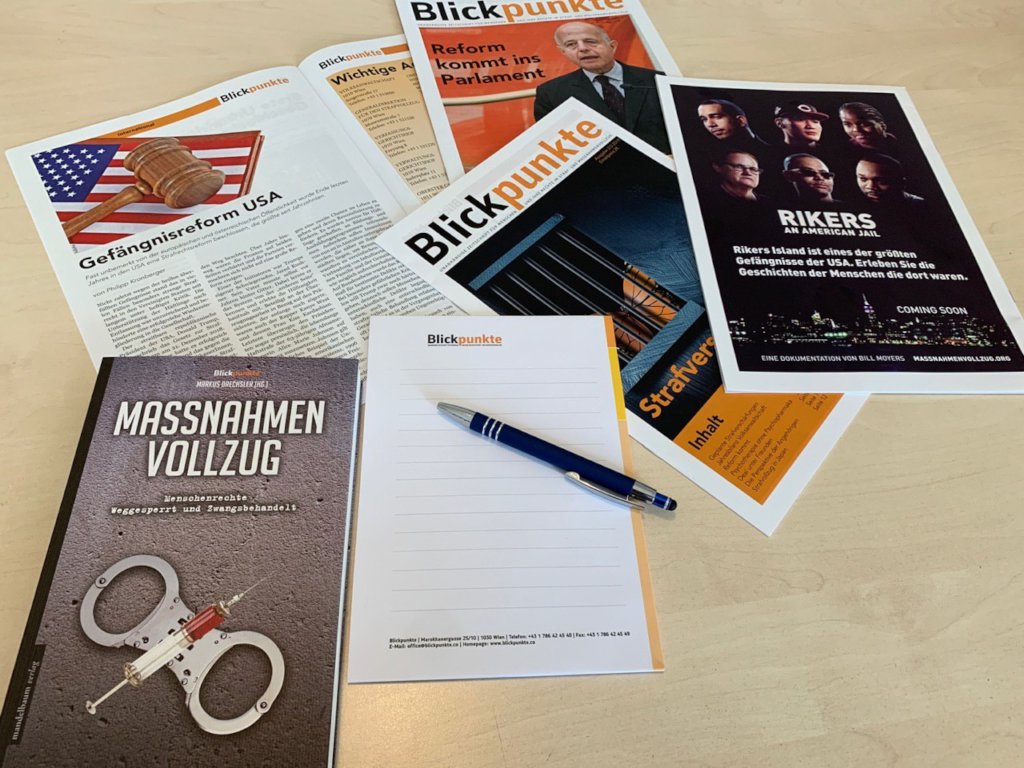 Our prison newspaper BLICKPUNKTE is dedicated to calling more attention to the issues mentioned above. We regularly report on the issues and shortcomings of the Austrian prison system and the effects they have on prisoners and their families as well as on society. Our editors critically analyze current political decisions and give a voice to people society is likely to ignore.

BLICKPUNKTE advocates the protection of human rights, the principles of parliamentary democracy, constitutionality and respect for all religious and ethnic groups. It is an independent and impartial newspaper that addresses all readers who are interested in the development of forensic commitment as well as the occurrences in prisons from inmates' and experts' perspectives.

Find another project in Austria or in Human Rights that needs your help.
Find a Project

GlobalGiving
Guarantee
Donate https://www.globalgiving.org/dy/cart/view/gg.html?cmd=addItem&projid=42300&rf=microdata&frequency=ONCE&amount=25
Please Note
WARNING: Javascript is currently disabled or is not available in your browser. GlobalGiving makes extensive use of Javascript and will not function properly with Javascript disabled. Please enable Javascript and refresh this page.