by The Turning Point Trust 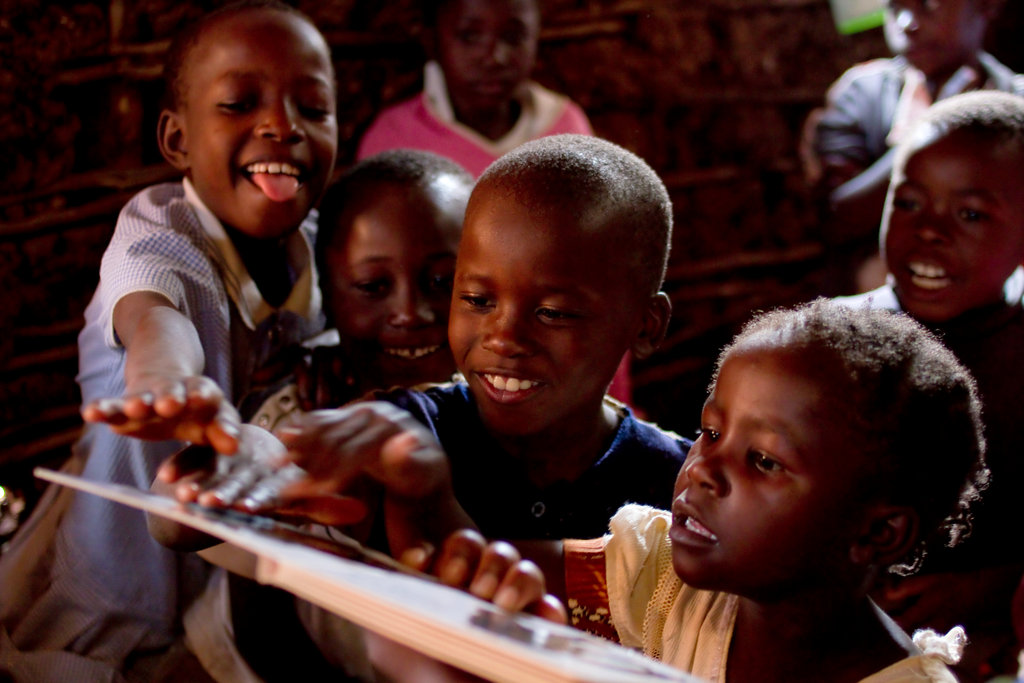 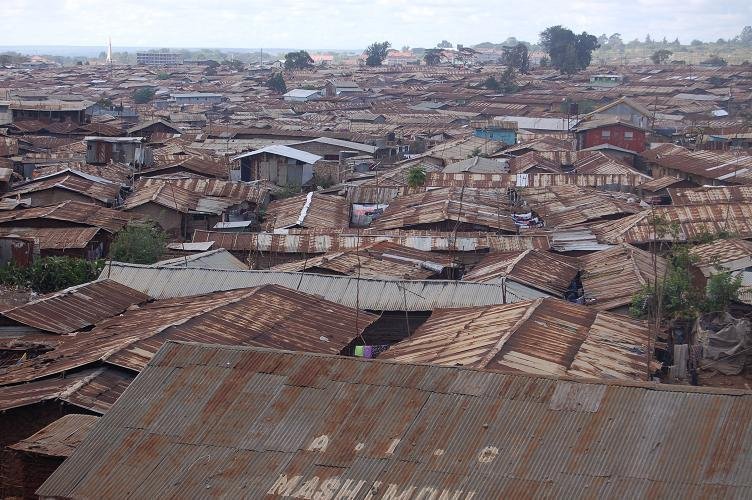 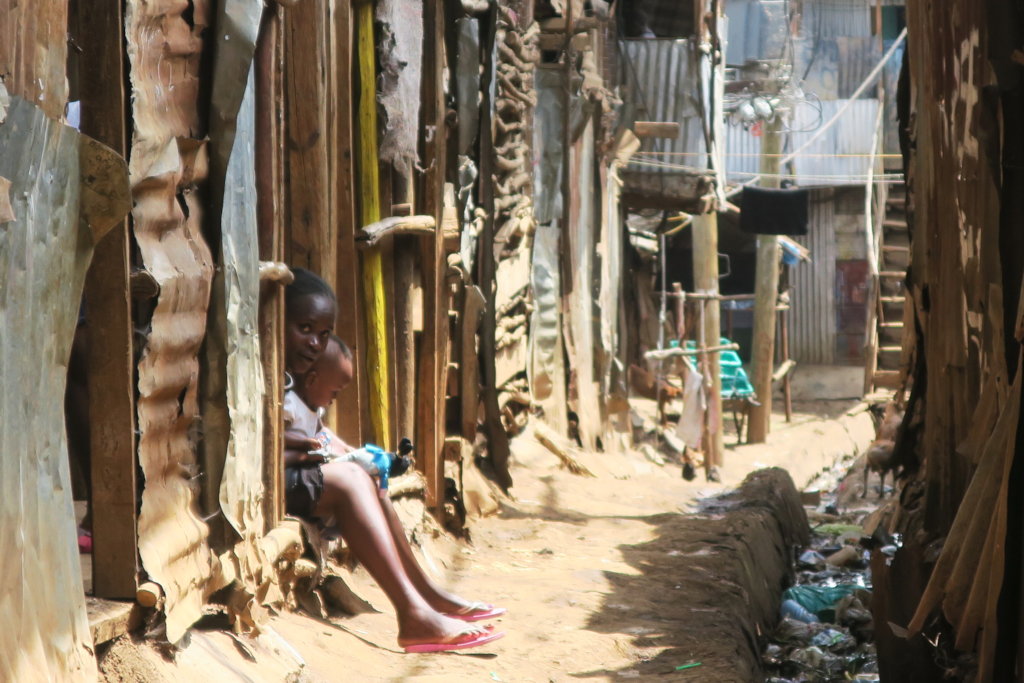 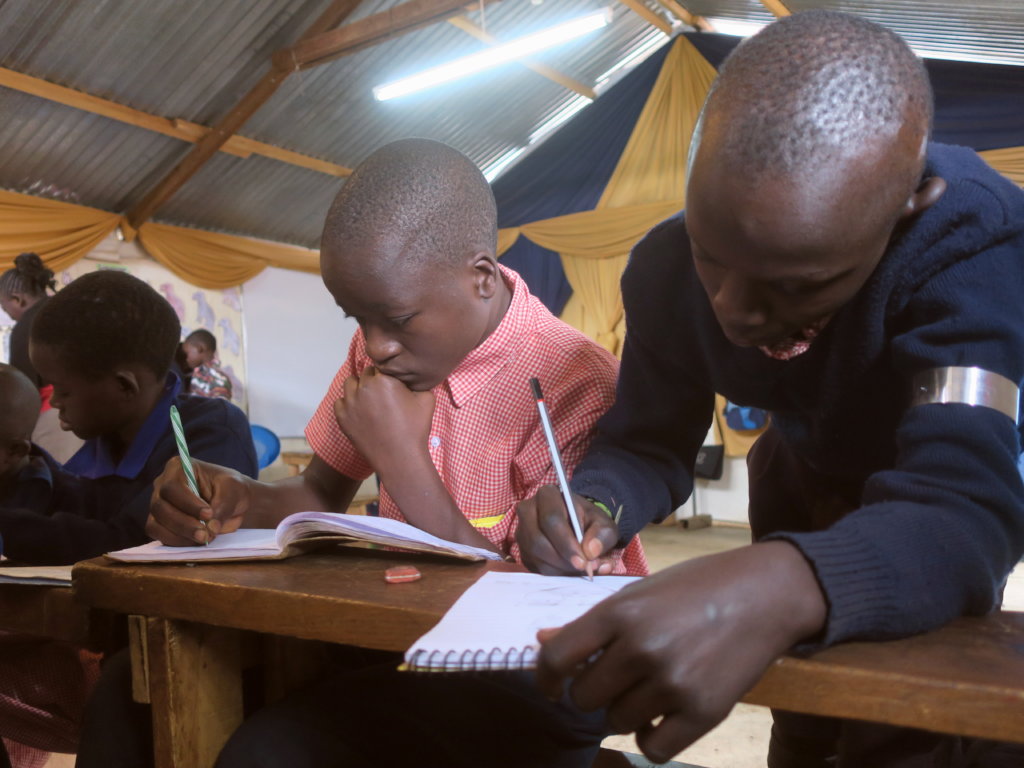 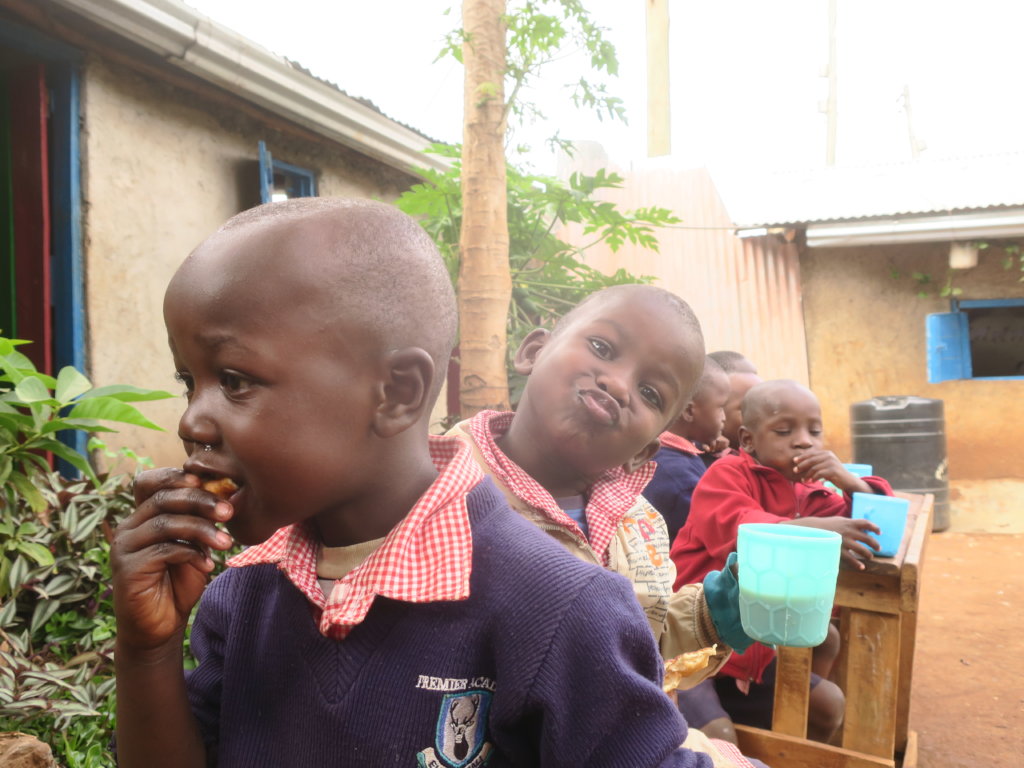 Welcoming a new group of children 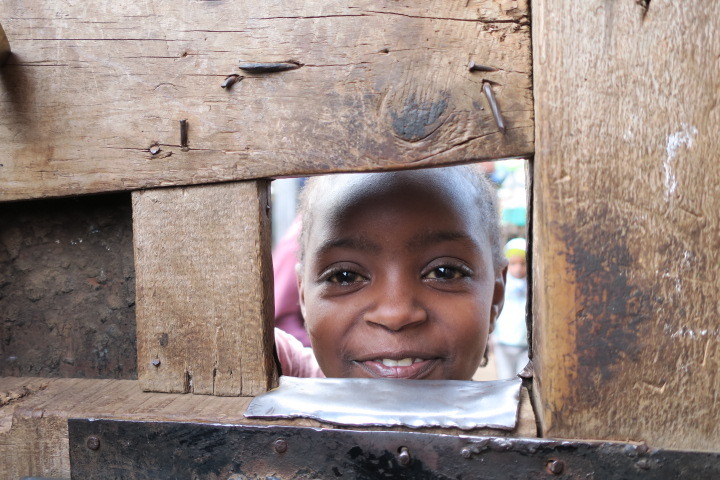 At the beginning of every new year, Social Worker Margaret begins the work of identifying new children to join our Children’s Centre in Kianda to begin their transition back to school.

The process involves meeting children with their parents or guardians and trying to assess their level of need. She then visits the home and continues to get to know the family. She joins with others to discuss each case and select the children most in need of our programme.

Meeting with families, hearing their stories and witnessing the poverty in their homes brings home to Margaret the great need that exists in Kibera for our work.

We are grateful to all our supporters who enable us to continue our work, year on year, to see more children breaking out of a cycle of poverty through education. 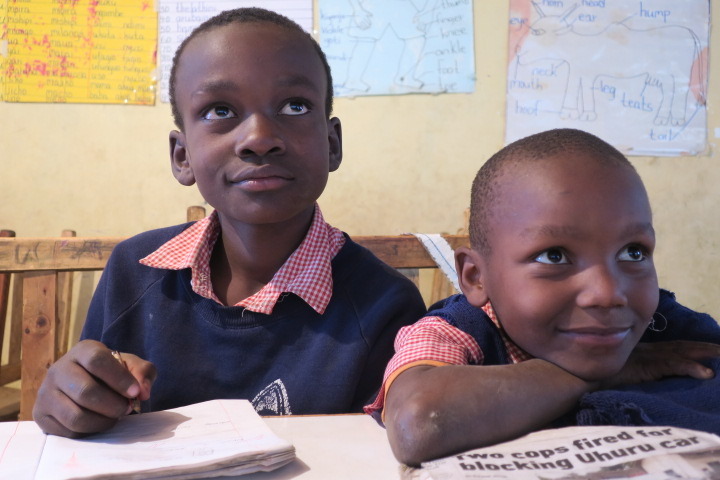 30 more children have completed a year of transition in our Children’s Centre in Kibera this year. They finished the year last week with a parents meeting before the long Christmas Holidays. When this group return in January – they will not come back to the school transition programme, they will join the Fountains of Hope Primary School. They’re first goal of returning to school is complete and now they face the new challenges of doing their best in school.

We’re really proud of this latest cohort to graduate out of the transition programme. It is not an easy process and they have made commendable progress. Shy children have come out of their shells, misbehaving children have learnt to respect their teachers and fellow classmates. Some have had to work harder than others to catch up academically and others have come to school ravenously hungry each morning. But all of them have finished strong and they are ready to join Primary school in 2017.

Thank you for joining us in this journey of returning children to school – their lives are now on a completely different trajectory. It won’t be easy and there are many more challenges ahead but these kids a tough and determined – they have proved it this year – and we have every confidence that they will make the most of this opportunity.

Volunteers bring colour to our world 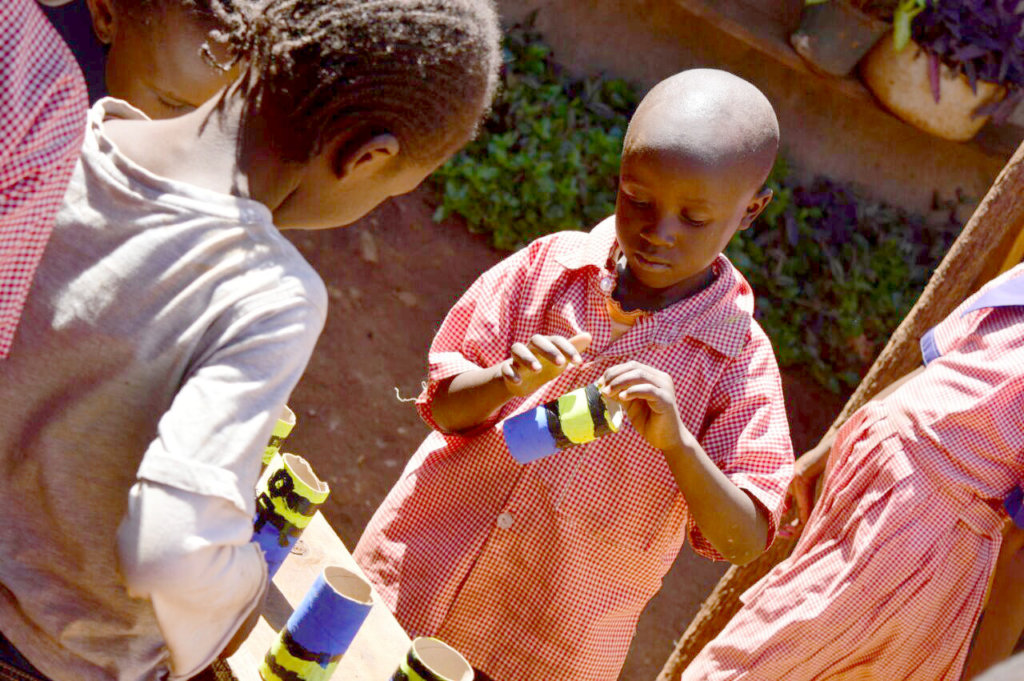 Every tuesday afternoon young volunteers from across Nairobi come together to spend time with the chidren in our School Transition Programme. The volunteers teach the children songs and discuss different topics using stories and drama. Then they lead the children in craft activities.

Together they have made model houses, toy boats, mini spiders and minions! The children really look forward to this time each week. We're really excited that the children are being exposed to different forms of creativity and having a chance to expermint with arts and crafts. It is also great for the children to have these role models to look up to. People who encourage them to work hard to return to school, people who model giving back to the community.

We're really grateful to our partners, Colour My World Kenya who organise the volunteers every week and give so selflessly and with great passion to serve the children they work with.

Meet Bernard from the plains of Tanzania 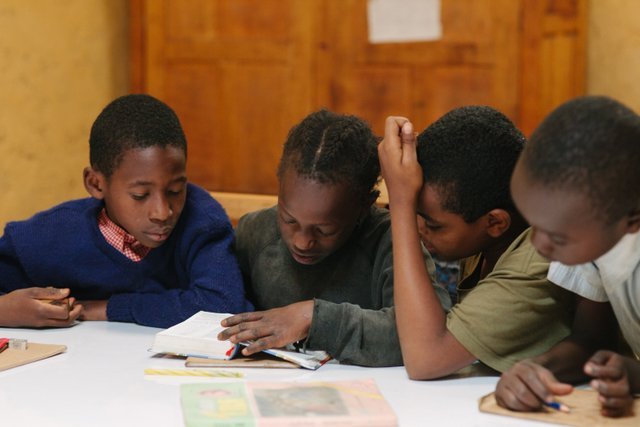 Bernard’s family are nomadic Maasai from Tanzania. Bernard spent his early life with his parents living a very traditional Maasai lifestyle and formal education was not part of it. When Bernard’s older brother decided to leave and move to Nairobi, he brought Bernard with him and the two of them made a small income selling charcoal in Kibera.

An elderly lady took Bernard into her home and was determined to send him to school. For a time, he attended a local primary school but she was unable to continue paying the school fees. That’s when she heard about Turning Point and Bernard joined Transition Class at the Kianda Children’s Centre.

The teachers at Kianda and Bernard’s foster mother struggled at times with his behaviour, he would often run away from class and from home. He suffered from nightmares and would sleepwalk out of the one-room house where they lived.

Bernard came through Transition Class and joined the Fountains of Hope School, he is now in Class Four. At Fountains of Hope, Pastor David who leads discipleship classes with the children, has been able to spend some more time with Bernard and they have prayed together about his nightmares. Since praying together, the nightmares have reduced significantly.

Bernard is now 14 years old and doing really well in class, he performed well in the end-of-year exams and his behaviour is improving greatly. He still visits his family in Tanzania during the school holidays with his brother.

Bernard’s story shows how children benefit from the holistic care that Turning Point provides, caring not only for children’s physical needs but also their social and spiritual needs. 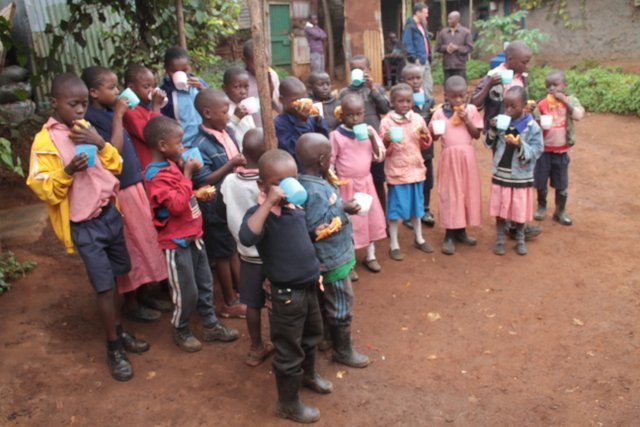 Breakfast for the Prep and Transition Class

Despite free education in Kenya, there continues to be a significant number of children in the slums like Kibera who are not in school. Our centre in Kianda, Kibera hosts our Prep and Transition Classes where children aged from 7 to 14 prepare to join or return to formal school. Each year we welcome 15 kids who have never been to school before, and 15 kids who have been to school but were forced to drop out along the way for various reasons.

This year 26 children from Kianda successfully completed their transition year and have now joined the Fountains of Hope Primary School. Four children who aren't quite ready will repeat the year in Kianda. Mary, in charge of the Kianda centre, is delighted that several children who joined Turning Point through the Kianda centre have scored over 300 marks in their KCPEs this year.

Donating through GlobalGiving is safe, secure, and easy with many payment options to choose from. View other ways to donate
The Turning Point Trust has earned this recognition on GlobalGiving:

GlobalGiving
Guarantee
Donate https://www.globalgiving.org/dy/cart/view/gg.html?cmd=addItem&projid=16965&rf=microdata&frequency=ONCE&amount=25
Please Note
WARNING: Javascript is currently disabled or is not available in your browser. GlobalGiving makes extensive use of Javascript and will not function properly with Javascript disabled. Please enable Javascript and refresh this page.