By Ali Lyder-Norton - Director of Fundraising 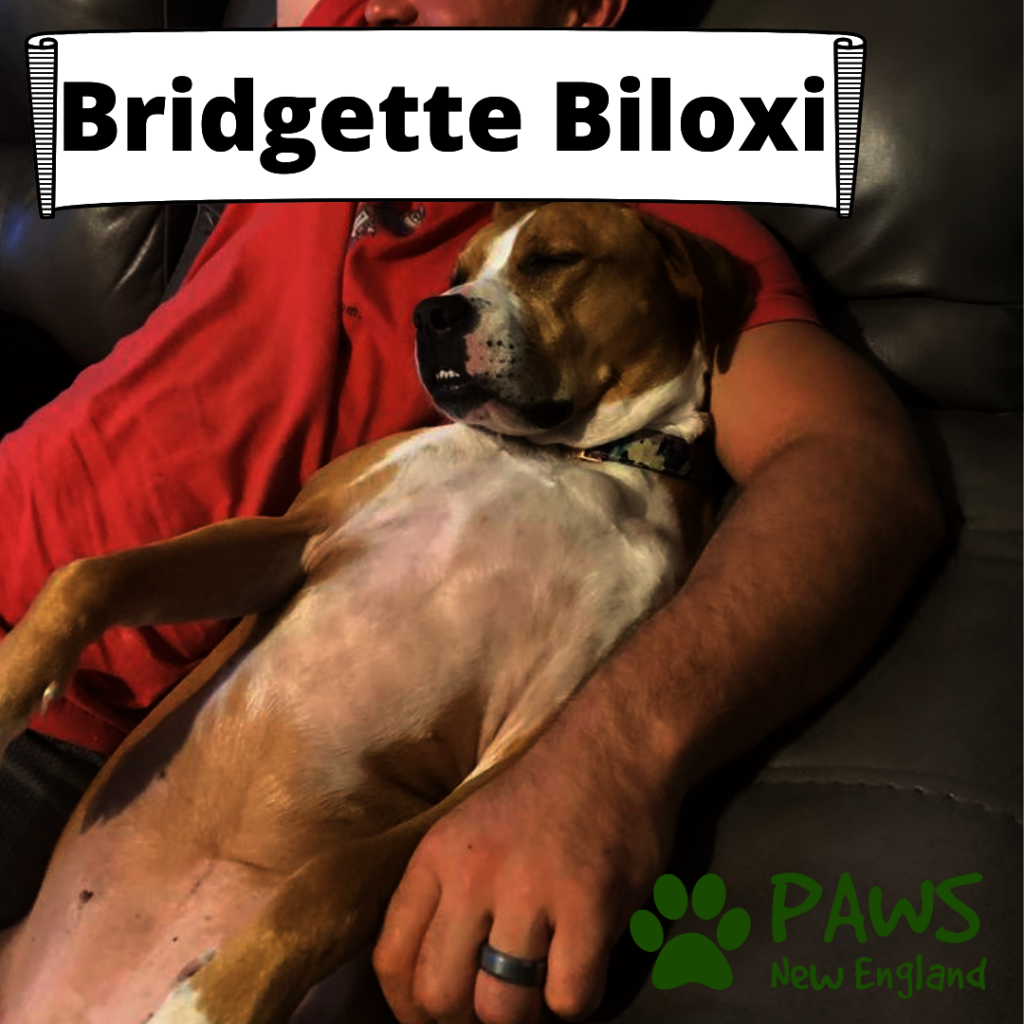 Paws New England had another successful season this fall/winter! In 2021, Paws New England rescued 881 dogs. Here are a few of the stories that your donations made possible:

Bridgette Biloxi was found by a former New Englander who moved to Texas. Bridgette was found running in traffic and had almost been hit my a semi truck in the rural area she was found. Bridgette had a wound on her neck from a chain, and was found with metal pieces in her flank consistent with being hit by birdshot. Bridgette was very thin, but besides this she was always loving to her humans and other dogs. Bridgette’s rescuer brought her to the local shelter to ensure that she wasn’t a lost pet. When her stray hold was up, the rescuer went back and picked her up, contacting Paws New England to take her in. Bridgette was very lucky to have a foster home in the south that loved her until a space opened up north. She was then fortunate to find a home with a mom and dad who she can be the apple of their eyes.

Chrissy is a smart dog! We aren’t sure what led her to being on the streets, but one day when our southern rescuers were at the pick up location where our dogs get on transport to come south, there was Chrissy! She must have said something similar to “hey, I hear this is where I can get myself a family?” Our southern rescuers opened the door to their car and asked Chrissy if she wanted to go for a ride - Chrissy didn’t respond other than just jumping into the backseat! Chrissy was thrilled to find her way into a home where she could get the love that she also gave to her foster parents. Chrissy found her way into a home, but it wasn’t a perfect fit. She came back to Paws New England and we know that we’ll find her a perfect home soon.

Jasmine is another of our lab mixes that came into rescue and was adopted out. Jasmine originally was adopted back in June through Memphis Animal shelter. Her adoptive mom loved her, but unfortunately, her adopter’s living situation changed and couldn’t include Jasmine going forward. Luckily, Jasmine’s original mom reached out to one of our partners and asked if we could help. We were very happy to help Jasmine find a perfect forever home in New England!

Ruby came to us after she was dropped off with her brother Rex to one of our friends in the south. Ruby and Rex came in as a very happy go lucky BOUNCY pup! These tree walking coonhounds were jumpy and energetic. They both found their perfect homes. 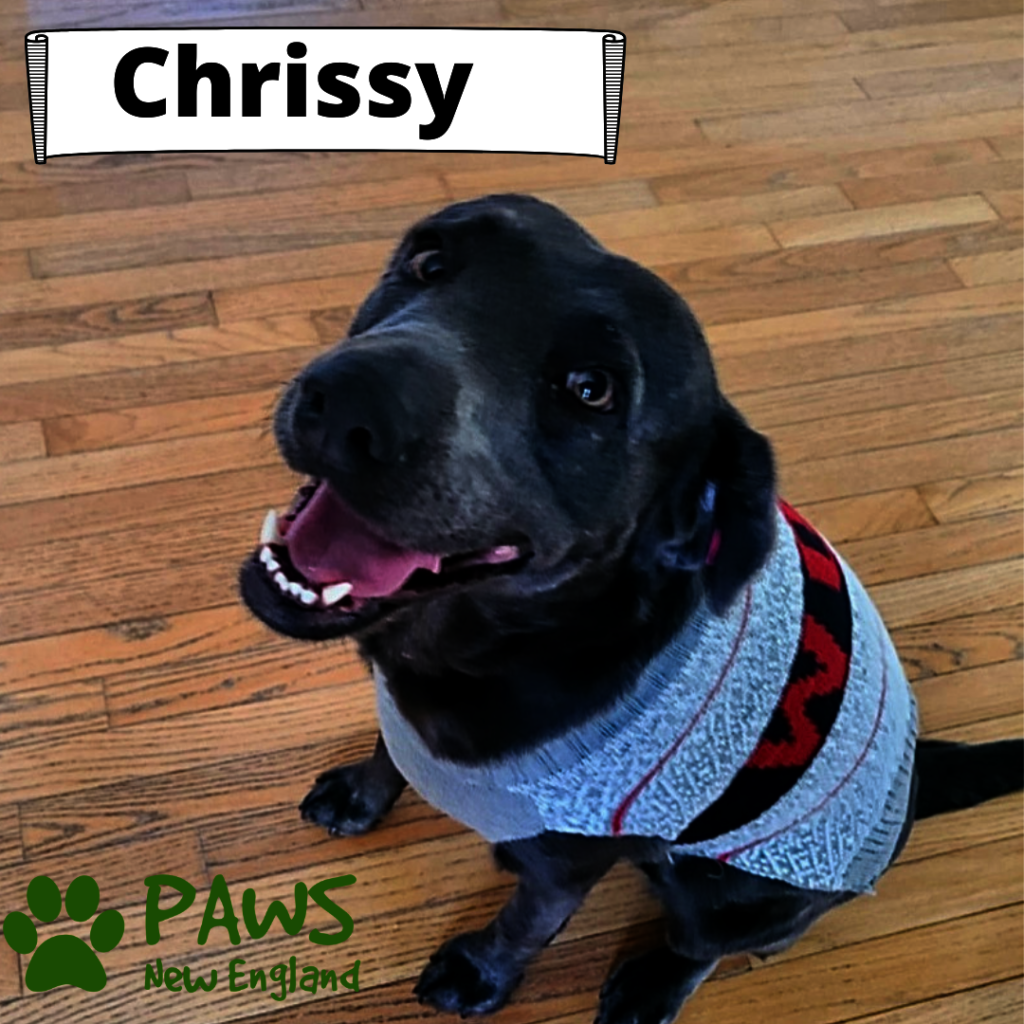 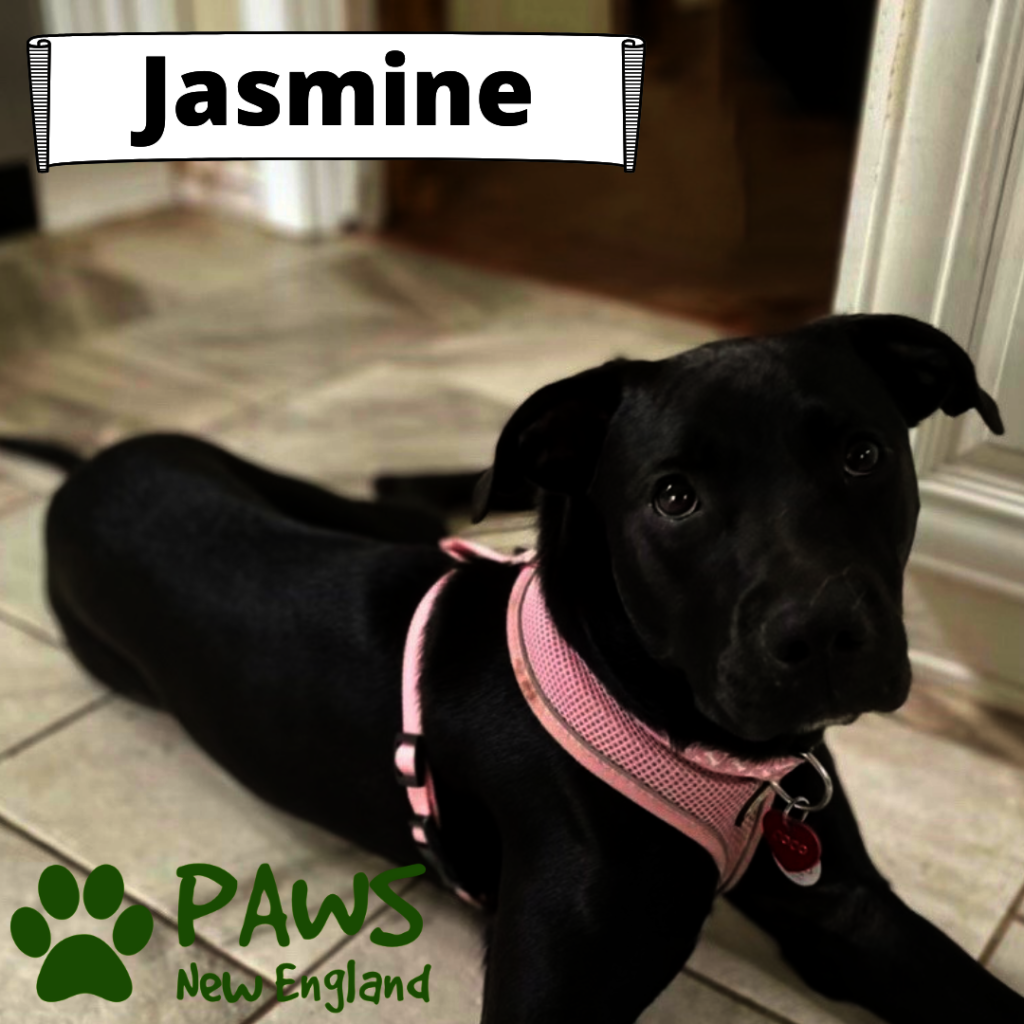 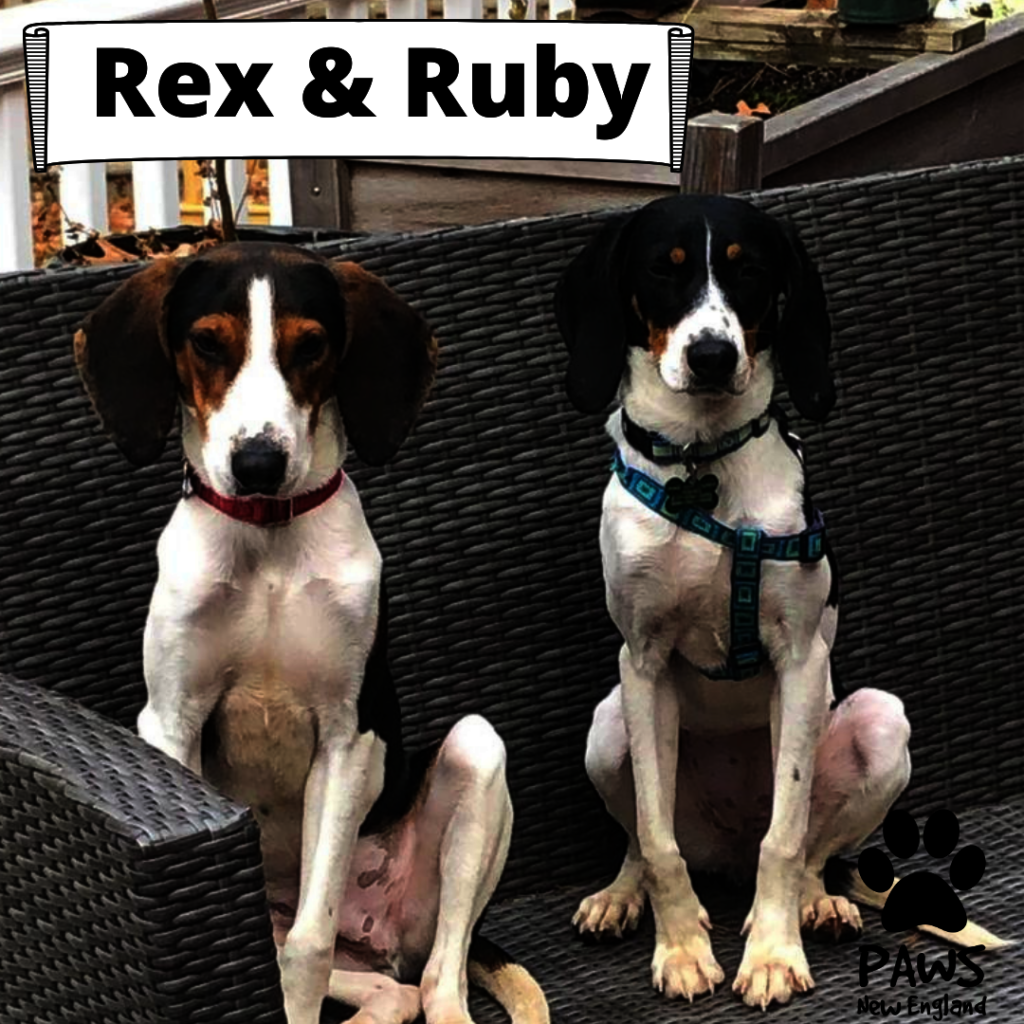