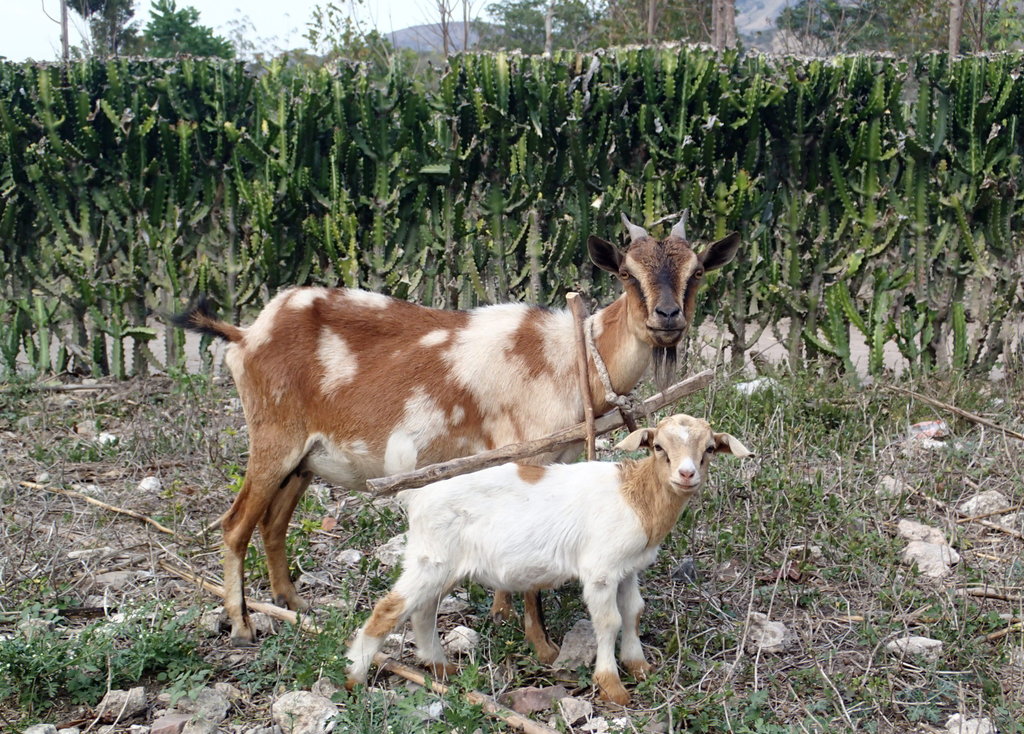 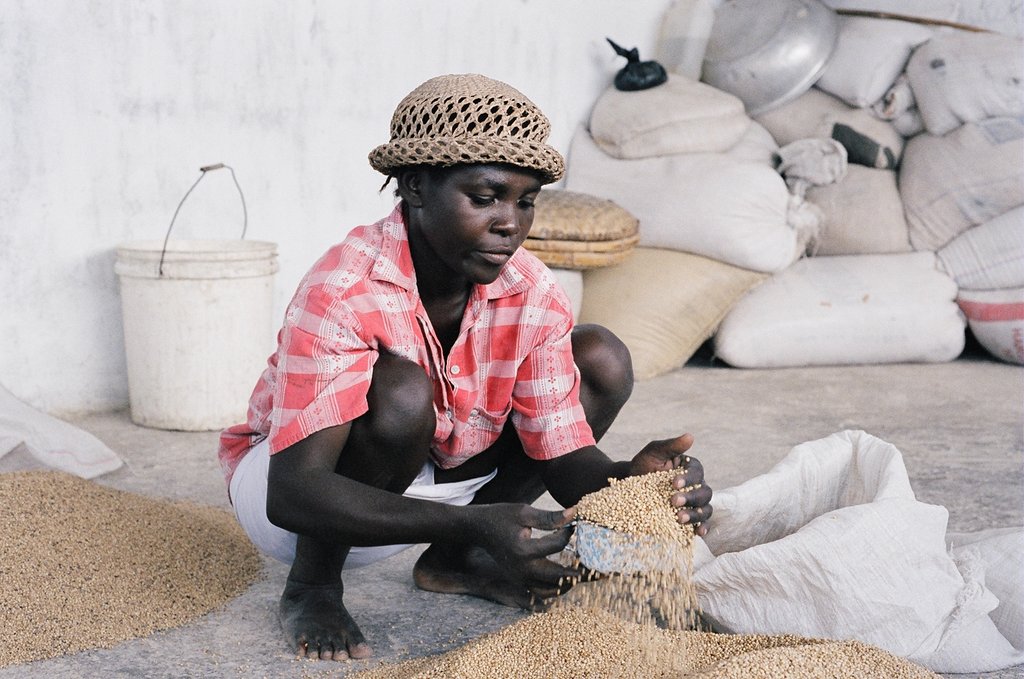 Sugarcane Mill is Up and Running in Haiti 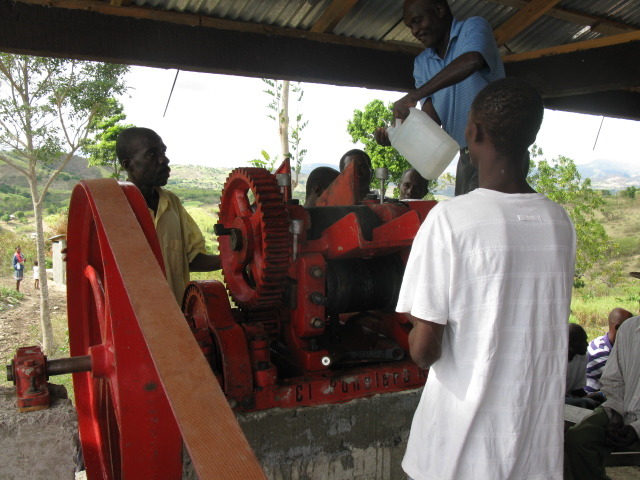 Members of ACHVRO operating the mill

The 89 members of the Partnership for Change in Ravin Olyann (ACHVRO), partnered with the Lambi Fund of Haiti in 2011 to build a sugarcane mill in their community. This mill is now fully operational and has been providing farmers in the area with an affordable and high-quality option for transforming their sugarcane into the more lucrative product, syrup.

As with most projects, ACHVRO has encountered many ups and downs throughout the launch and implemen- tation of this project. By and large, ACHVRO members and farmers in the area report being satisfied with the opening of the mill. It has greatly lessened the burden of having to process syrup at home by hand (which requires days of work) and they no longer have to travel long distances to visit other mills.

One difficulty ACHVRO encountered early on was when heavy rainfall produced bagasse (the fibrous byproduct of milled sugarcane that is used to fuel the mill) that was too wet to use. Then, not enough pans were purchased to boil the cane juice after processing. These pans are difficult to procure in Haiti and potential productivity was lessened as a result. Another difficulty came when production stalled for two weeks in the third quarter while the organization scrambled to have a broken blade repaired. Misfortune struck again when Hurricane Sandy hit in the fourth quarter. It destroyed a sizeable portion of sugarcane crops in the area and left the mill idle often.

Finally, many customers complained that they were not able to process their cane when they needed to due to a combination of long lines and a lack of staff at the facility.

These struggles exemplify why Lambi Fund continues its partnership with organizations long after the mill has opened or the project has launched. Working through issues that arise and learning how to run the mill as effectively and efficiently as possible is part of the learning process. Like all new businesses, members of ACHVRO have had to learn what works and does not work for its business enterprise.

For Lambi Fund, being there to provide support and offer reflections is an essential part of working to strengthen the day-to-day functioning of the project and to ensuring it remains operational for the long-term.

To address some of its shortcomings, ACHVRO is actively working to solve issues that are depressing its ability to meet the demand for mill services—such as procuring three more pans to enable a larger amount of syrup production.

In another instance, the organization's leadership purchased a plot of land using mill profits to increase sugarcane production following Hurricane Sandy. There were some problems in this, however, because this was not done in consultation with all of its members. As a result, Lambi Fund staff discussed with ACHVRO how this was not a democratic way to make decisions. Members agreed and have been working to include theentire membership of ACHVRO on large decisions such as this.

Fortunately, the land purchase has proven to be a beneficial investment (at least in the short-term). Members who lost their crops during Sandy were able to lease a plot of land and jumpstart planting follow- ing the storm. In fact, those that procured plots report having higher incomes than were expected following Sandy.

It is examples like these that make it clear that managing a community-led business enterprise in Haiti is not one with a linear path. There are struggles and stalls and it is important for Lambi Fund to be there to monitor and provide guidance along the way. As a result, ACHVRO is a stronger and more knowledgable organization. It is providing a valuable service to community members and is turning a profit—two accomplishments worth applauding.

Beyond this, ACHVRO is looking to the future as they look to implement other ways it can serve the community. Rooted in the sustainable agriculture training they received from Lambi Fund, ACHVRO is plan- ning an education program that will teach local farmers about pests and diseases that can decrease sugarcane output, as well as strategies to prevent or treat attacks on their crops. It is activities like these that are not only strengthening ACHVRO and its capacity to provide services, but are strengthening the entire community as a whole. 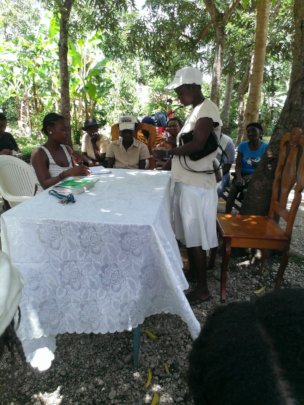 revenue creation for 150 women in rural Haiti
Find a Project

GlobalGiving
Guarantee
Donate https://www.globalgiving.org/dy/cart/view/gg.html?cmd=addItem&projid=4617&rf=microdata&frequency=ONCE&amount=25
Please Note
WARNING: Javascript is currently disabled or is not available in your browser. GlobalGiving makes extensive use of Javascript and will not function properly with Javascript disabled. Please enable Javascript and refresh this page.