Protect an Acre of Rainforest in Ecuador 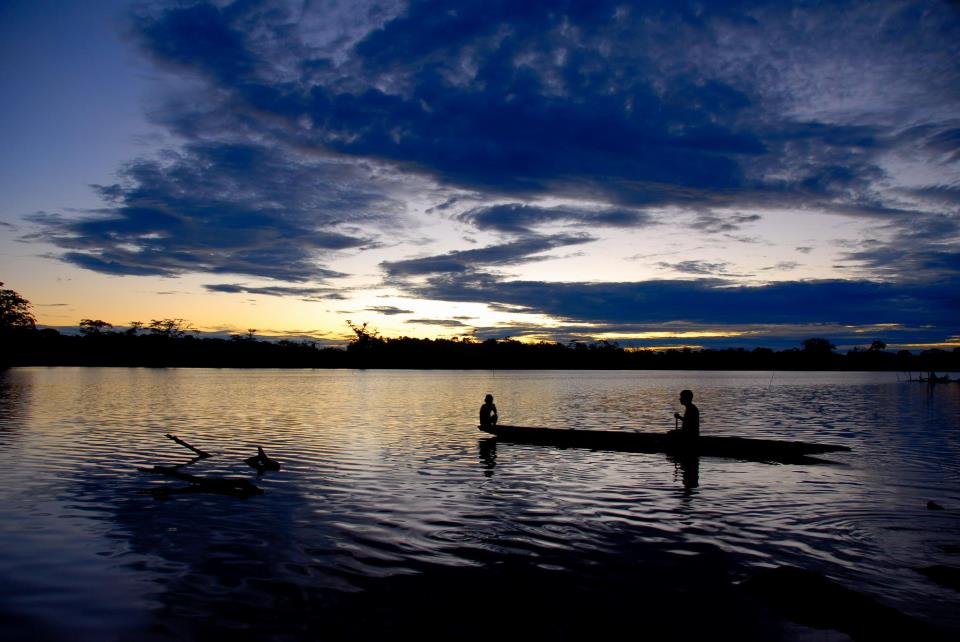 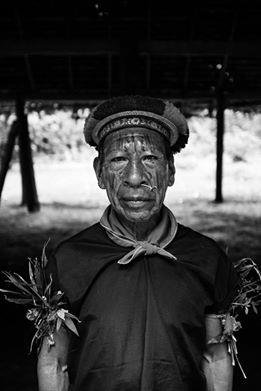 By Mike Cepek - Board president

There has been a gold-mining invasion of the Cofan-Bermejo Ecological Reserve, which is legalized Cofan territory. The mercury and cyanide the miners use are horribly destructive to the integretity of the ecosystem and its inhabitants. While CSF and allies were meeting with federal officials to solidify Cofan rights to the area, they were also working with local communities to develop a strategy to get the miners out. We’ll soon have a group of Cofan Park Guards assigned to the area to halt the destruction. Our guards are a powerful force unto themselves, but they also have strong ties with Ecuador’s military and police to handle especially dangerous situations. We have little doubt that with the help of  all of you, the local communities and Cofan Park Guards will ensure the integrity of this precious 140,000-acre area—the most biologically diverse place on the planet according to the Field Museum of Natural History—and the Cofan people who live in it.

While our fundraising has been substantial in 2021, we are not even halfway to our goal of securing the $250,000 that the Ecuadorian counterpart of the Cofan Survival Fund needs to cover its core projects each year. We need more funds to maximize the effectiveness of the  “Rapid Response Team,” whose political and legal work from Quito to the farthest corners of Cofan territory is never-ending. We need more funds to give additional Cofan students the opportunity to get undergraduate and graduate degrees in Ecuador’s best universities. And we need more funds for our “smaller” projects: enrolling more Cofan families in Ecuador’s “Seguro Campesino” healthcare system, creating a new reserve in the Andean foothills near the town of Cuyuja, starting a program to ensure the effective transmission of cultural knowledge from elder Cofan women to young Cofan girls, and sustaining the success of our Charapa Project, which has brought endangered river turtles back from the brink of local extinction while providing income to impoverished Cofan households. Finally, our long-term dream is to revive the Cofan Park Guard Program, which at one point had 50 Cofan rangers patrolling the entirety of Cofan territory to stop the illegal activities of miners, loggers, and other forest destroyers. Unfortunately, the money simply isn’t there. One day, we believe the world will pay Indigenous Peoples the money they deserve--and need--for their time-, energy-, and resource-consuming work to maintain the ecosystems on which our planet’s health depends. But we’re not there yet. Until that day arrives, people like me and you need to help the Cofan as much as we can.

What is takes to conserve the Amazon

In addition to the important work on the ground of Cofan Park Guards, there is much structural and political work that needs to be done to secure the rights of Cofanes to protect their terriotory. Freddy Espinosa, is an Ecuadorian citizen who has worked for the CSF since it was founded. As a motorcycle-driving “pizza delivery boy,” Freddy met our executive director Randy Borman when Freddy was still a very young man. Slowly, he learned to help Randy negotiate the ins and outs of Ecuador's capital city to make our legal and political work possible. As a native Quiteño (Quito resident), Freddy’s Spanish is flawless, and he knows just how to relate to Ecuador’s elected leaders and bureaucrats to convince them that the Cofan are the right people to protect the country’s most biodiverse landscapes. After many years with us, and after finishing his university degree, Freddy became our main legal coordinator. Without Freddy’s help, so many of the Cofan Nation’s land rights, territorial treaties, and mechanisms for securing governmental and nongovernmental support—financial and otherwise—would not exist.

Cofan member Carlos Descanse reports that his home community of Chandia Na’e is facing a tremendous threat. Recently, illegal gold miners have invaded the land bordering Carlos’s community. You can see one of the pits they excavated in the above photo, which Carlos took. His village is one of four Cofan settlements inside the Cofan-Bermejo Ecological Reserve (RECB), a 140,000-acre protected area the CSF helped to establish in 2002. The reserve is unique in that Cofan people have the legal right to co-manage and co-administer it alongside Ecuador’s Ministry of Environment and Water. Unfortunately, the integrity of the RECB is now in danger because of the Ecuadorian government’s inability—or unwillingness—to protect it and its Cofan inhabitants.

The RECB was created with the expectation that Cofan people would be the ones to care for it. While our Cofan Park Guard Program was in full force, Cofan rangers regularly patrolled the reserve and kept miners, loggers, commercial hunters, and settlers out. After the gradual loss of funding for the program, however, the only people left to protect the RECB are a government-appointed manager and his small team of rangers. Rather than put Cofan people into these positions, the government has given them to non-Indigenous city dwellers, who have neither the capacity nor the motivation to confront the miners, destroy their camps, and confiscate their equipment, all of which the Cofan Park Guards once did on a regular basis. Instead, the government employees spend nearly all their time at the RECB “headquarters,” a small office many miles away in a non-Indigenous town.

With your increased support, we can work with our Cofan partners in Ecuador to pressure the government to return control of the RECB to the Cofan themselves and give them the positions and resources to protect their land. Even with a group of willing and capable Cofan candidates, however, convincing Ecuador’s Ministry of Environment and Water to give them the jobs will take tremendous political lobbying. And even if we do secure these positions for Cofan people, our real goal is to reestablish the Cofan Park Guard Program, which could protect not only the RECB but the Cofan’s entire legalized territory, which amounts to more than one million acres.

The Cofan Survival Fund has a small administrative team in Ecuador, but the term administration does not really capture what they do, it's really an advocacy and response team. Calling someone an accountant conjures up a desk job sitting in front of a computer quantifying time sheets. But the Cofan Survival Fund's account is out visiting schools in the amazon and Quito to see where the Cofanes can get primary students placed so they are best poised to learn English and Spanish, the languages they will need to advocate for themselves. She also goes to battle with the insurance company for payment of health care. Likewise, the government laison spends time traveling to Cofan territority, provincial offices, and government offices in Quito to file the necessary paperwork with the Ministrey of Environment to make sure Cofan terrotory is safe and receive their payments for ecosystem services from the government. Donations through GlobalGiving help support these core duties that indirectly feed into the maintenance of the park guard program.

Donating through GlobalGiving is safe, secure, and easy with many payment options to choose from. View other ways to donate
Cofan Survival Fund has earned this recognition on GlobalGiving:

GlobalGiving
Guarantee
Donate https://www.globalgiving.org/dy/cart/view/gg.html?cmd=addItem&projid=27987&rf=microdata&frequency=ONCE&amount=25
Please Note
WARNING: Javascript is currently disabled or is not available in your browser. GlobalGiving makes extensive use of Javascript and will not function properly with Javascript disabled. Please enable Javascript and refresh this page.