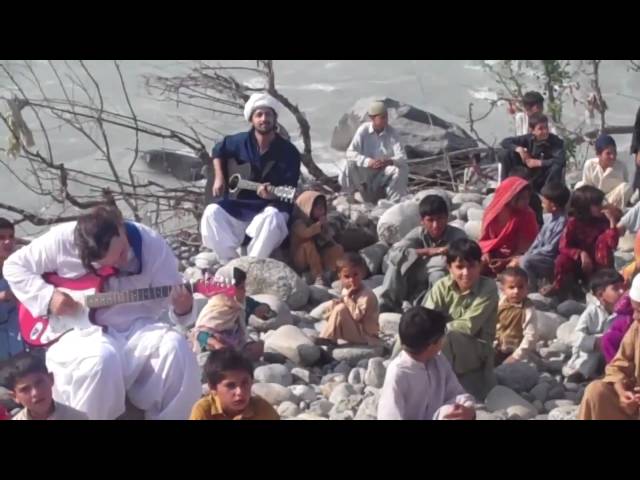 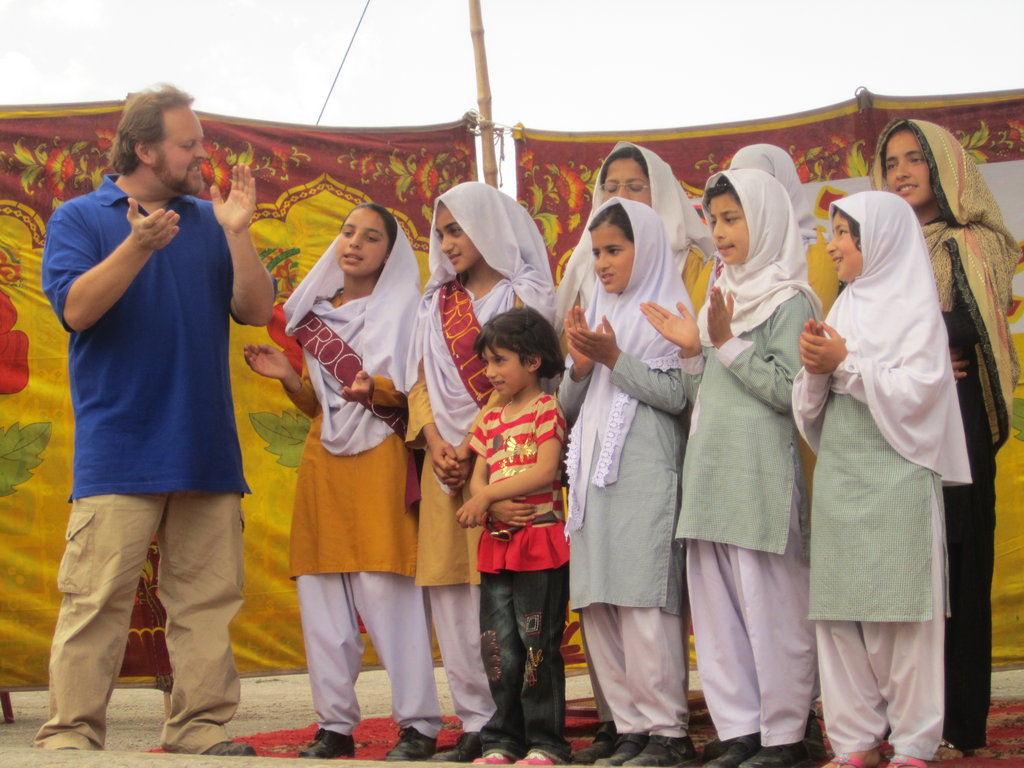 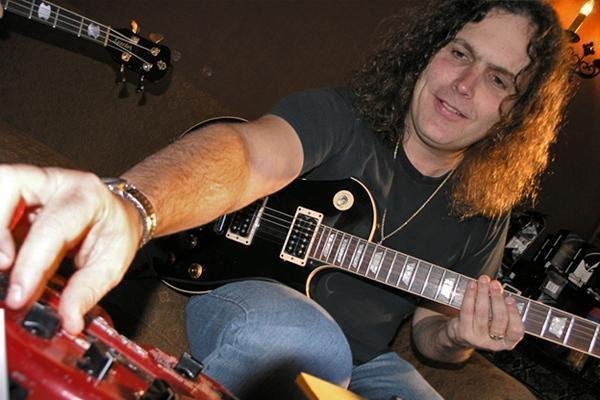 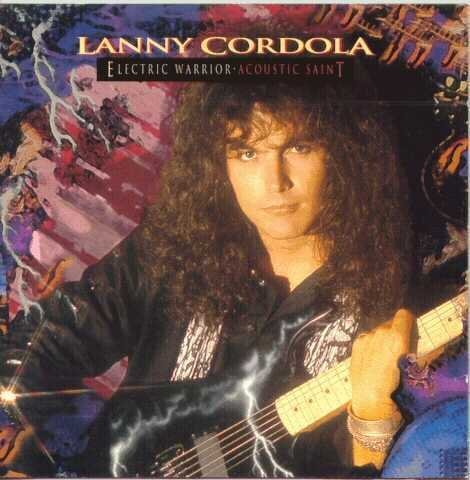 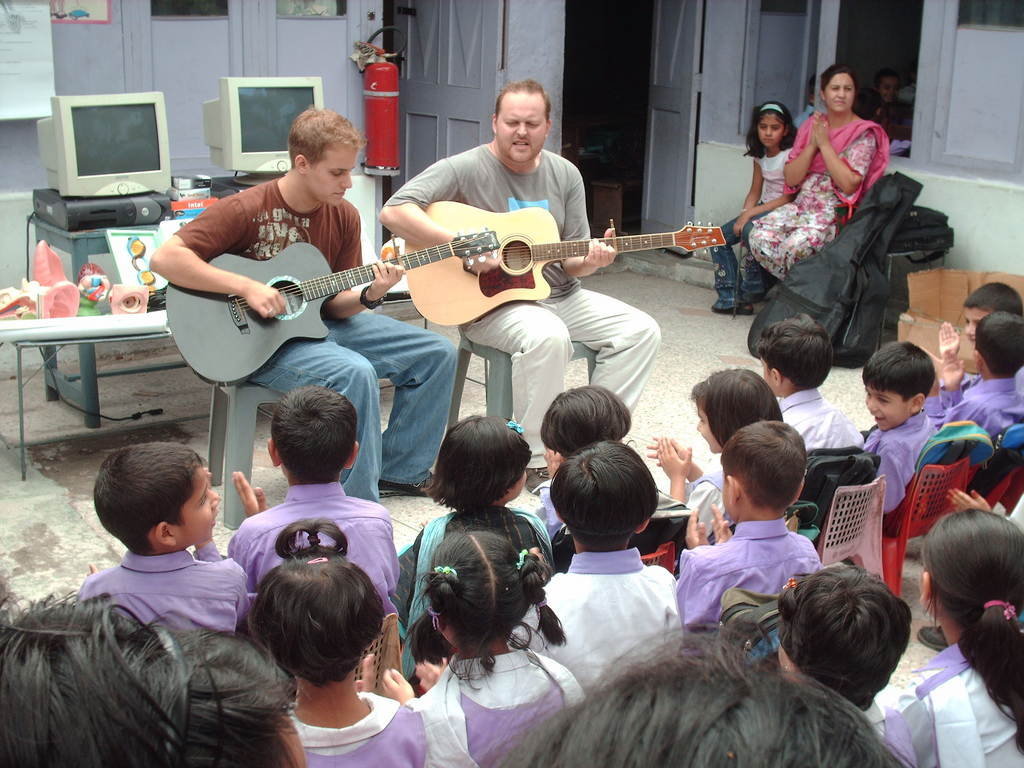 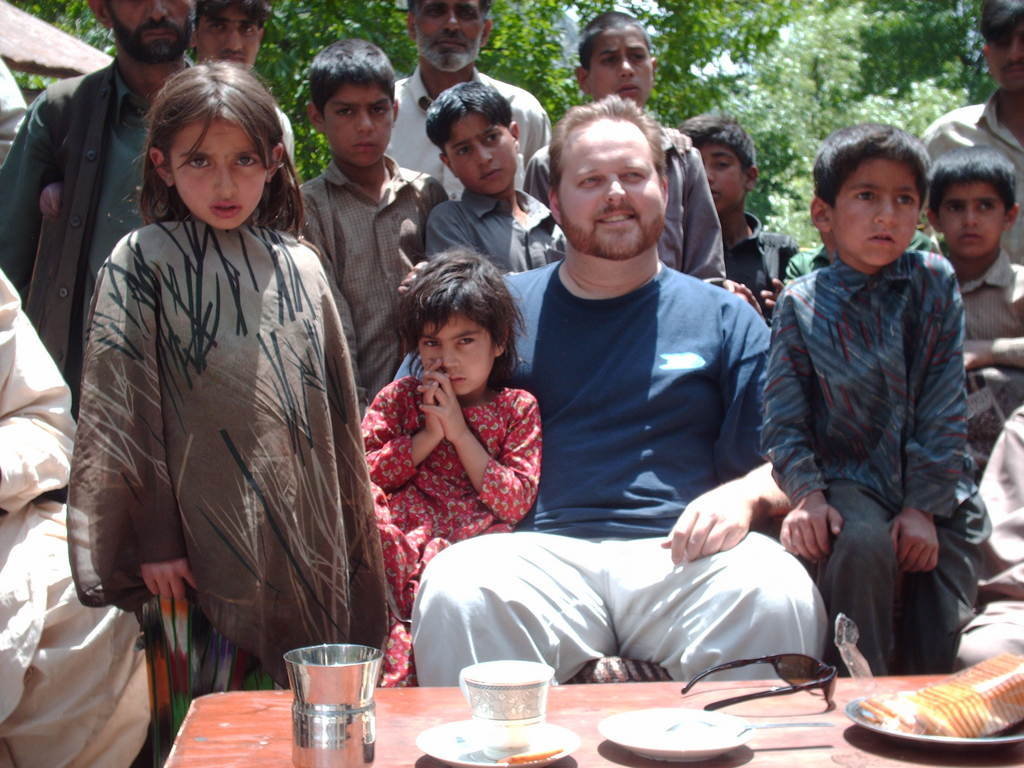 April Travel to Afghanistan and Pakistan

In April of 2015 Peace Through Music will Travel to Kabul Afghanistan to bring clothes,coloring books,crayons and other items to the Hawa family and their community. The Hawa family lost two sisters in 2012 to a suicide bombing; sisters Parwana and Korshid lost their lives while warning American personel of the impending attack-they leave behind a family of 3 younger brothers and sisters and 3 older brothers and sisters as well as their mother and father-we have also raised some funds for the little ones education-we are bringing a guitar to a 16 year old Afghan girl named massouda Shareefy-who Lanny met last year-she has become his student and is very exited to learn the instrument and shows much promise.

The trip will conclude in May. Deep Gratitude for all of the supporters and believers.

Sonic Peacemakers is also planning Lanny's next trip to Pakistan and Afghanistan to conticue the outreach to kids living in poverty stricken areas and conflict zones as well as assiting with groups like humaira bachal's dream school in karachi by bringing musical instrumensts and other needed materials and to visit the family of parwana and korshid in kabul,afghanistan- as well as other ongoing projects in lahore-islamabad-multan and sialkot

Dear Riaz Siddiqi and all The Donors who funded and supported Lanny Cordola’s recent trip to Pakistan on behalf of Sonic Peacemakers,

This trip was a resounding success due to your funding, the donations of time and talent from some of Pakistan’s best singers and musicians, the contributions of time and labor by many individuals and entities, and last but not least to the vision and hard work of Riaz Siddiqi, Lanny Cordola, Myself and the Sonic Peacemakers Team in the US and Pakistan.

This trip has greatly enhanced the wonderful potential that Sonic Peacemakers has to bring together musicians from Pakistan and America, to make great music, to build strong bridges of peace and understanding, to erase misconceptions, to show Pakistanis the Best of America, to show Americans the Best of Pakistan, and to bring love, smiles and aid to Pakistan’s beautiful and deserving children. And in recognizing the importance of making children happy, I am delighted to report that Lanny and I found time to visit several schools, orphanages and programs for street children in Karachi, Multan, Lahore and Islamabad to give them the gift of music and learn more about how we can serve them. Their smiles and their songs for us told us all we needed to know about whether our being there mattered. We know you’ll agree that this was just as important an aspect of the success of this trip as any other. We are looking forward to doing much more for these precious children, such as creating music programs and providing much needed basic services.

This trip was originally budgeted at $30,000 but we had to make it happen and create success with a smaller amount. We were able to have a successful trip through significant planning and by saving on travel expenses and production costs in every possible way, and most notably by procuring commitments from partners, artists, camera crews and studios to provide their services free of cost. The amount of in-kind donations was so significant that we felt it was only the right thing to do to take care of the meals for the artists, musicians and team members because they were giving us so much time for free for the simple but powerful reason that they believe in us, our cause and all we are attempting to achieve. Obviously we won’t be able to do this every time. We will need to have adequate resources for production expenses in future trips in order to continue progressing, creating new music and collaborations and working with the best musicians in Pakistan on a regular and sustained basis. Due to having to rely on all these musicians and friends in order for this trip to be effective, we always had to work around their schedules and other obligations. For this reason, sometimes we had last minute cancellations or delays. Obviously, when someone is giving their time for free, it’s not appropriate to complain to them that we only have limited time to be effective with our time on this trip. There were times where we waited and waited hours for our studio engineers or artists, only to get a last minute call asking to change the recording session to another date. But we made the best of an at times difficult situation.

But in spite of the many challenges we faced and considering our very ambitious and sometimes nearly insane travel plan and schedule which was extremely demanding and stressful, Lanny and I are extremely happy with all that we managed to achieve on this trip and we are certain that when you finish reading this report and learn of everything we accomplished, you and our other donors and supporters will see just how much we have been able to do, create and initiate with relatively little time and money. And we hope you will be energized to help us procure more funding from more sources. This trip is just a taste of what can be done year round if we have more funding and support. Optimum productivity and the best chance of big success will happen when Lanny and I and our team have funding for travel costs and production costs- which will allow us to concentrate on properly developing our ideas, writing more songs and continue strengthening the relationships we have and building the new relationships we have just begun on a great note. Having more resources will provide us with a base to operate and do our thing, which is to create music and collaborations in the service of children and bringing peace in our World. This trip was a great beginning towards building a World Class Organization that can do a thousand times more to have a positive impact on millions of people, and we are hopeful that you will be willing to provide that support and be a part of something that that truly has the potential to make the World a better place for everyone in a very huge way.

PRODUCTIVTY OF THE TRIP
Before Lanny arrived in Pakistan, Tajammul Hussain, Saima Jafri and I did a lot of ground work to set up the artists, studios and meetings so that Lanny’s visit would be productive. This trip provided both immediate results and building long term relationships and partnerships with commitments to work on projects together in the future. Lanny and I are very satisfied with our productivity on this trip. In fact, within the limits of time, budget and availability of the artists and studios, we accomplished everything that we possibly could.

1) Coke Pakistan
(3 Meetings) - Coke showed big interest in working with Sonic Peacemakers for major collaboration in 2015 on 1) next season of Coke Studio and 2) "Mystical Magical Journey Up The Indus" Documentary Music Project. Coke requested us to secure a commitment from Slash and Santana for this season of Coke Studio. We told Coke that we would try it was a long shot due to such short notice. Lanny talked to Slash and his manager and they showed interest in the project but Slash is committed to recording his new album this spring / summer. I spoke with Santana’s manager and he said “this sounds like a very cool project” but said that Santana is already booked solid for the rest of the year. Both Slash and Santana will receive proposals from us and Coke regarding Coke Studio’s next season.

2) Saadaan Peerzada and Rafi Peer Workshop
(Several Meetings) - Secured recording and film production collaboration, Saeen Zahoor Collaboration and PEACE JAM 2014 concert. Saadaan is willing to collaborate with Sonic Peacemakers in the future. We have a large amount of footage for music videos, documentaries, promos, etc. that was filmed by Saadaan’s team for free. They only ask to be credited for their work in any and all final films or videos.

3) Walnut Media
(3 Meetings) - Secured Sponsorship of "Peace Jam 2014" Event and a commitment to work together on future shows, promotions and to get major sponsors. They filmed the entire PEACE JAM 2014 concert and plan to release the footage on the internet within the next few months, after they have edited, mixed and mastered the footage and audio recordings. The program will be highlight Sonic Peacemakers and my humanitarian efforts.

4) Sanam Marvi
(2 Meetings and 1 Recording Session) - Sanam agreed to collaborate with Sonic Peacemakers in any possible ways and recorded a vocal track with us on the tribute song for Malala. If we put the right plan together which includes a recording collaboration and concert performance with a major western artist, then she would be willing to support the event as a fundraiser concert for Sonic Peacemakers.

5) Rahat Fateh Ali Khan
(2 Meetings and 2 Writing / Rehearsing Sessions) – Rahat has started working on two songs with Lanny and is willing to collaborate with Sonic Peacemakers. If we put the right plan together which includes a recording collaboration and concert performance with a major western artist, then he would be willing to support the event as a fundraiser concert for Sonic Peacemakers.

8) Edhi
(1 Meeting) - Sonic Peacemakers Publicly Endorsed by Edhi and his organization is open to collaborate with with us on future humanitarian efforts.

12) Shehzad Roy
(Bad weather and a cancelled flight caused Shehzad to miss meeting with us, but we talked on the phone and he is willing to collaborate with Sonic Peacemakers in the future.|

13) US Embassy & Naya Jeevan
(1 Meeting Each) I co-wrote and Submitted a grant for Sonic Peacemakers (in Partnership with Naya Jeevan) to the US Embassy Public Affairs Office "Pakistan-America Musical Partnerships Grant.” We will be notified in three months if our grant is approved.

15) Dr. Hassan Waqar Rana
(1 Meeting) - Executive Producer of "Waar," the most successful film in Pakistani Film History. Dr. Hassan in interested in working with us on a recording project with the band Qayaas, who we are already collaborating with. May lead to more collaboration and funding for Sonic Peacemakers.

Lanny's trip to Afghanistan
Lanny met and jammed with local musicians, gave guitar lessons to children, met a family who had 3 children lose their lives saving US Soldiers from a suicide bomber attack, met a lady named Malalai Joya, who is a parliamentarian and heroine of her nation and women everywhere

Visits to Schools, Orphanages and Poor Children
Lanny and I visited with the children, performed music for them and with them, the children performed for us, and we learned of some of their basic needs which we hope to be able provide once we begin generating income from events and musical collaborations (Health services and medicines, music classes and musical instruments, school supplies, computers and backup power system to run computers when electricity is off.

Dream School in Kemari, outside of Karachi (Run by renowned education activist Humaira Bachal), 2 Schools in Islamabad. Saba Home for Orphan Girls in Rawalpindi, Street Children of Lettuce Bee Kids in Islamabad, Visit with Children in rural area near Multan. Find another project in Pakistan or in Child Protection that needs your help.
Find a Project

GlobalGiving
Guarantee
Donate https://www.globalgiving.org/dy/cart/view/gg.html?cmd=addItem&projid=5719&rf=microdata&frequency=ONCE&amount=25
Please Note
WARNING: Javascript is currently disabled or is not available in your browser. GlobalGiving makes extensive use of Javascript and will not function properly with Javascript disabled. Please enable Javascript and refresh this page.