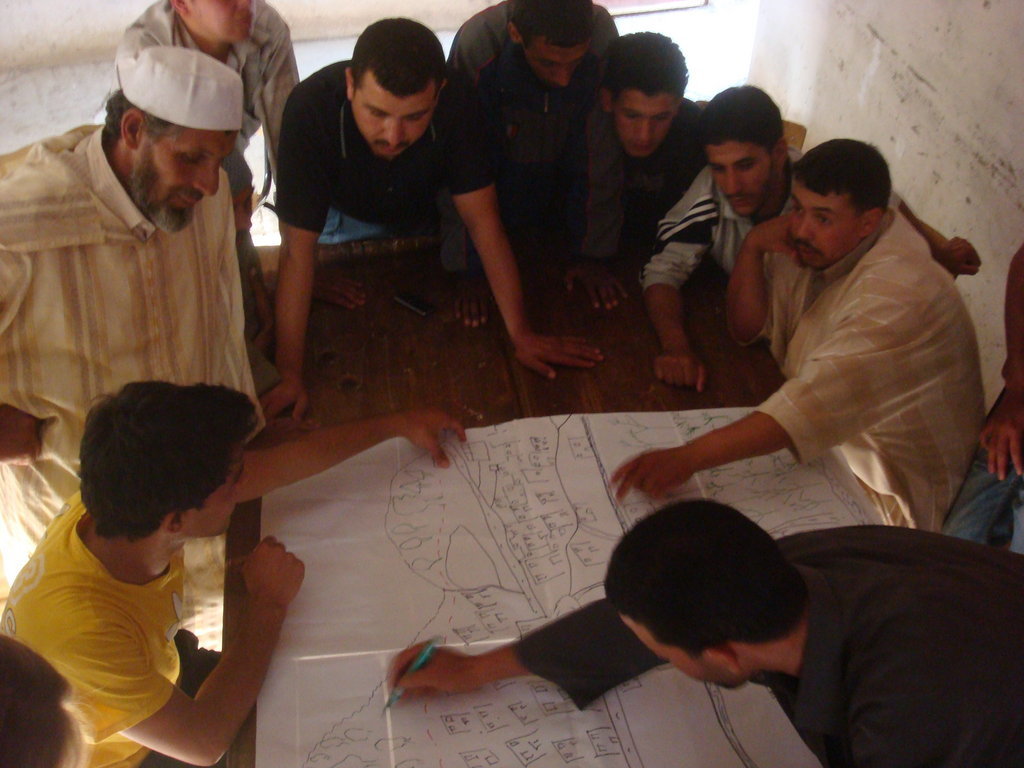 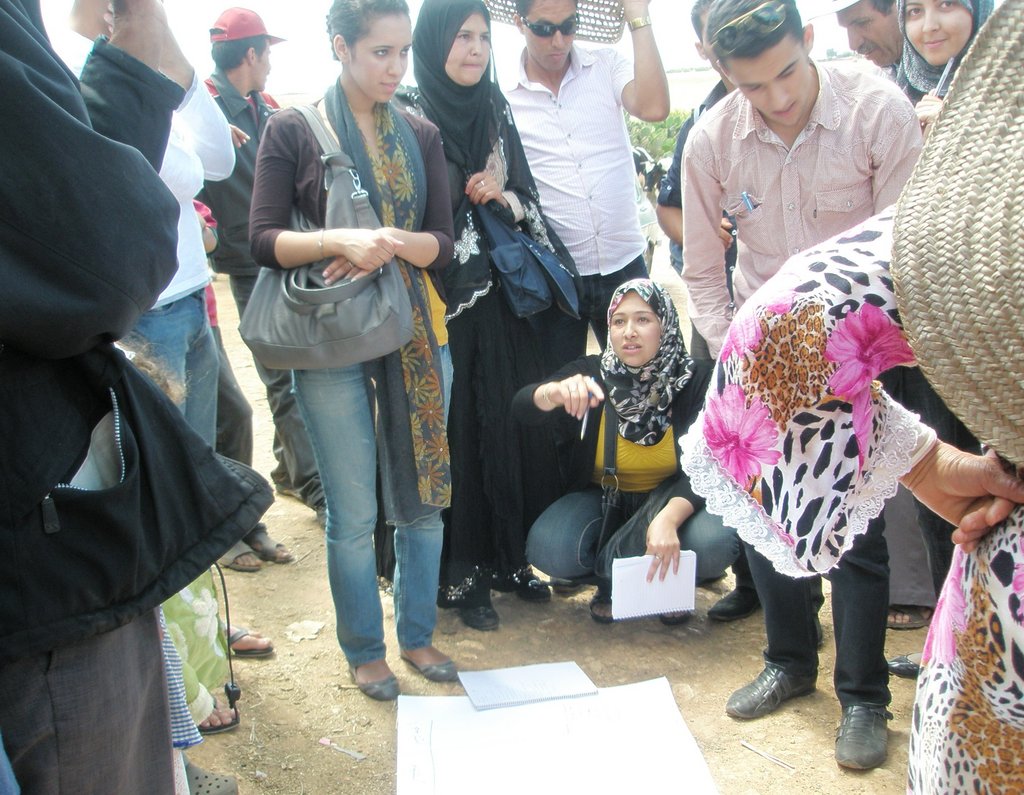 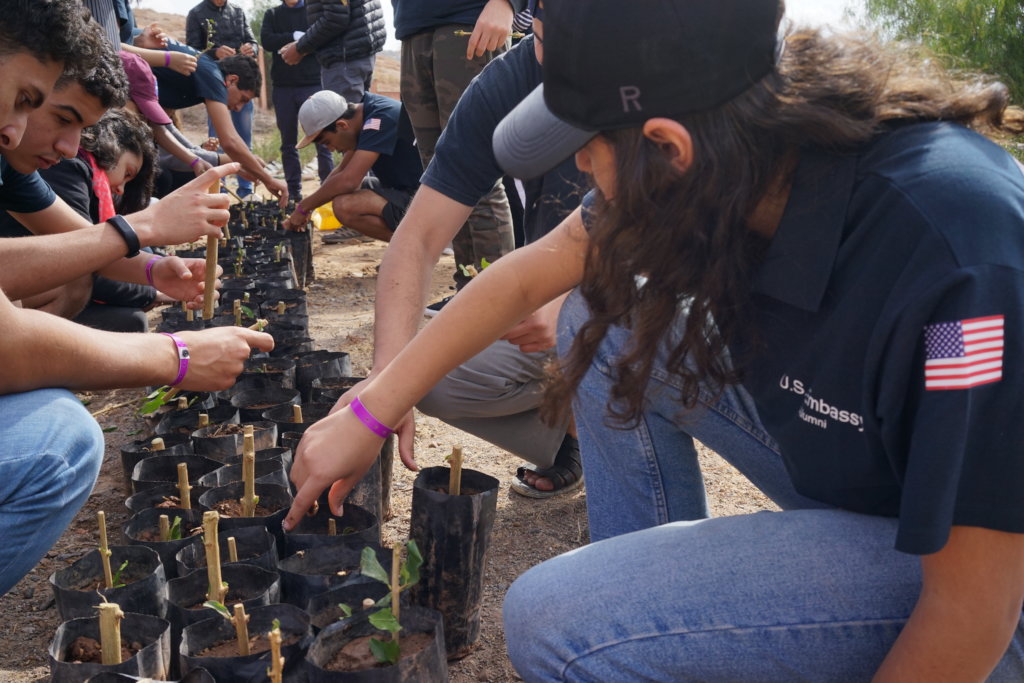 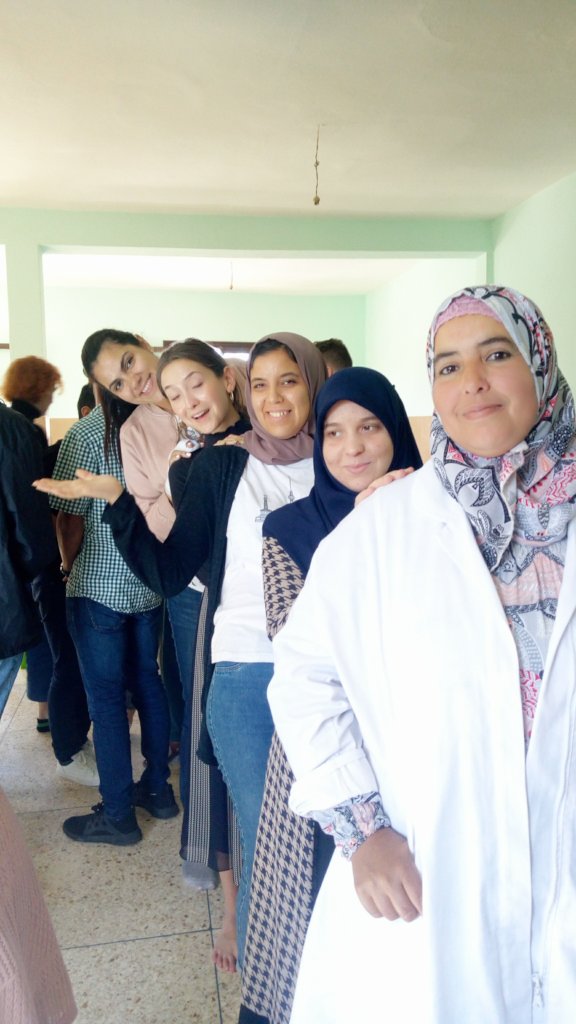 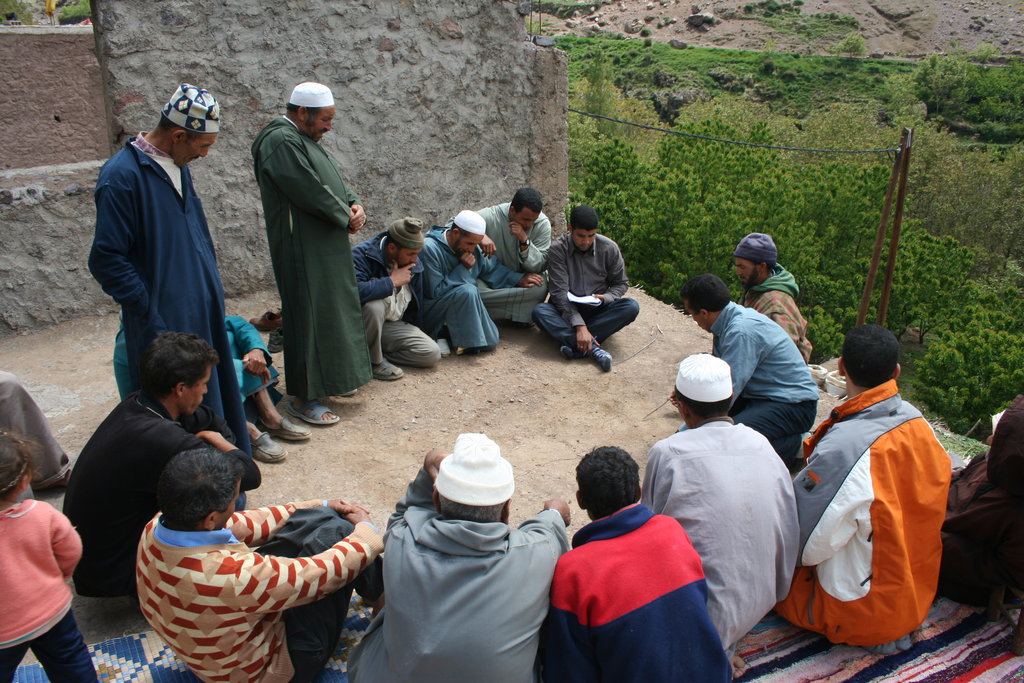 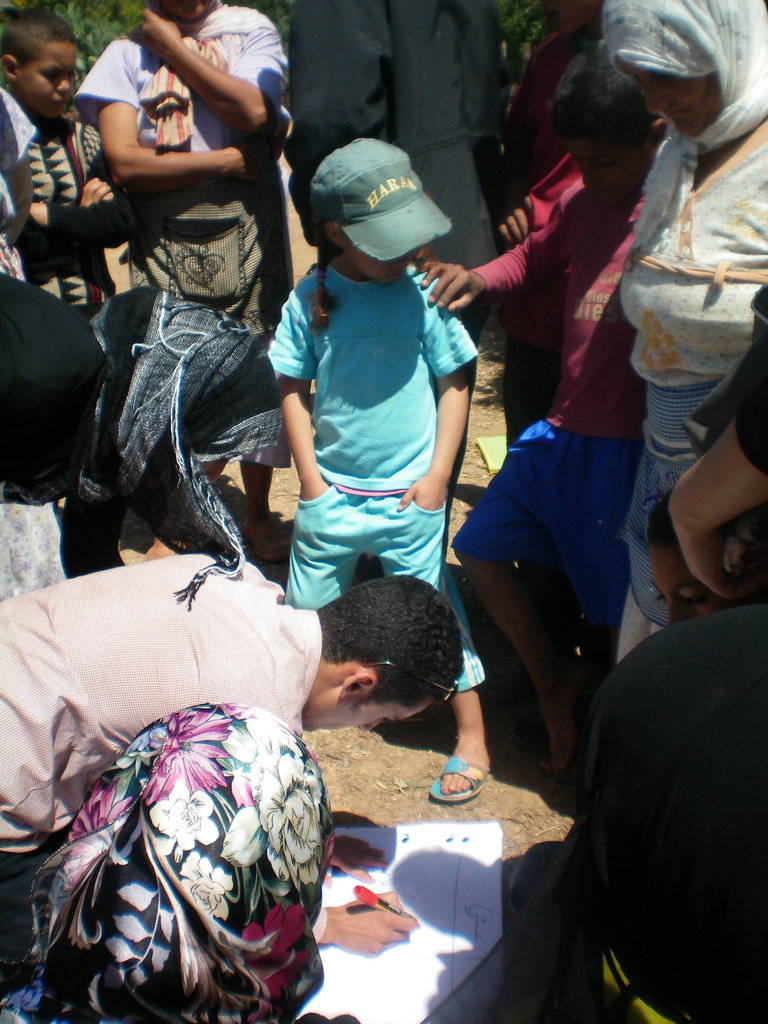 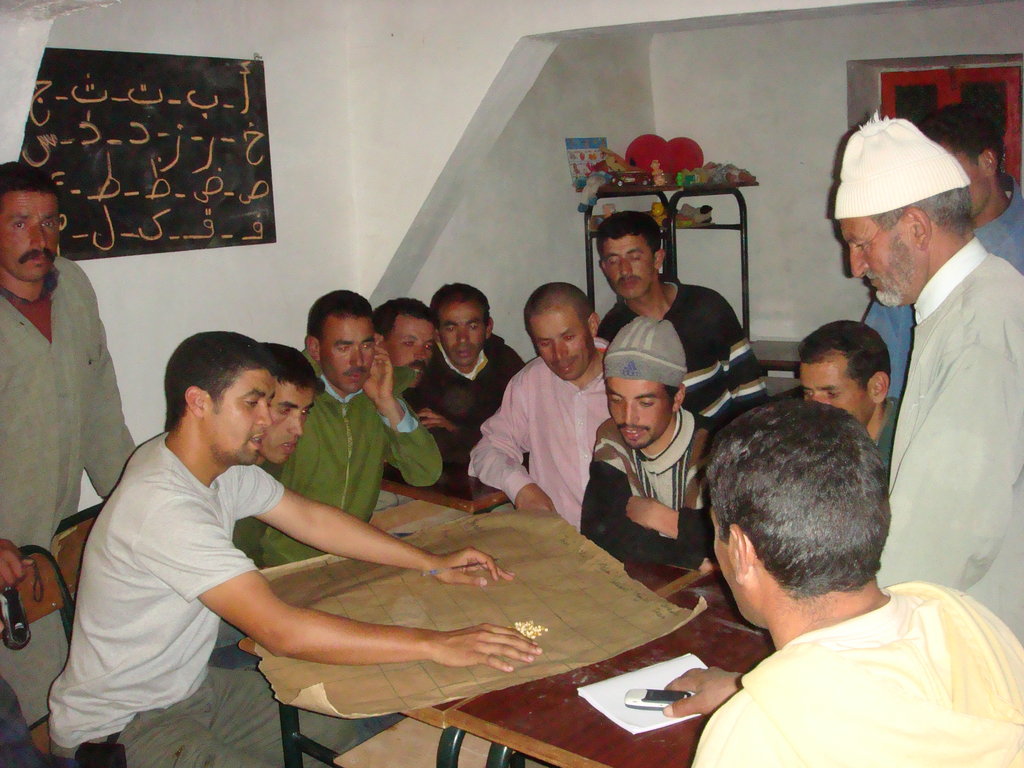 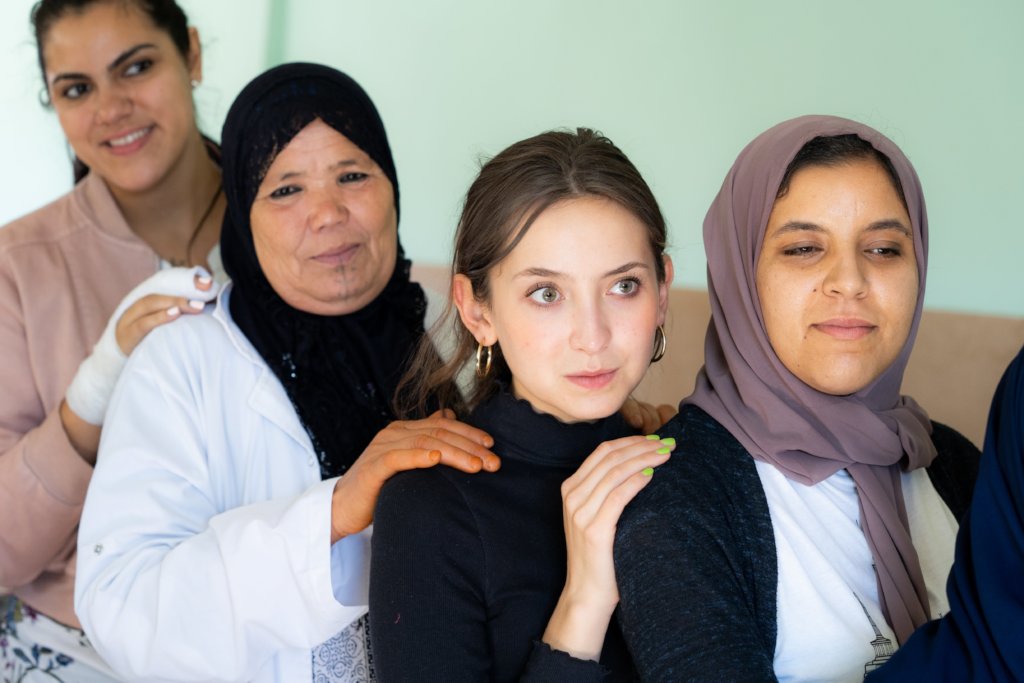 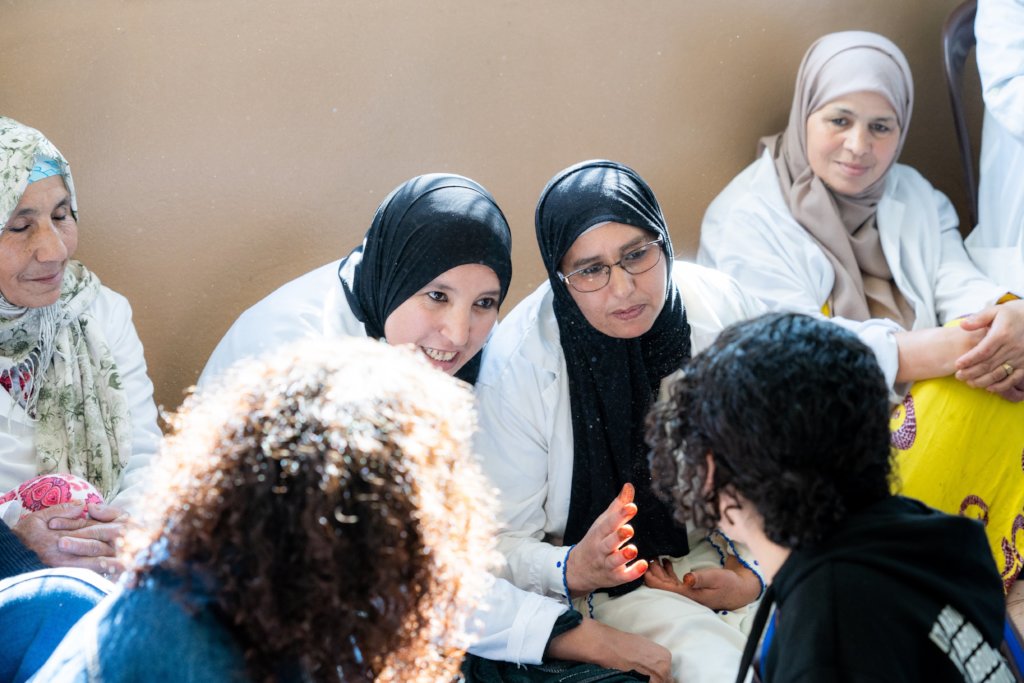 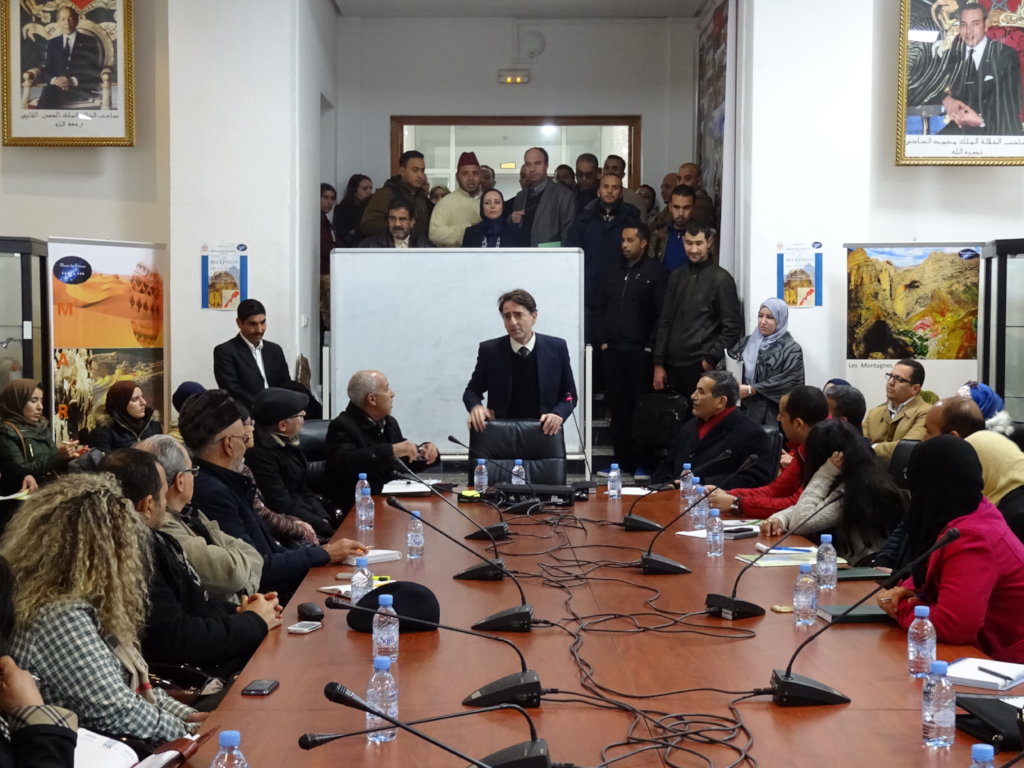 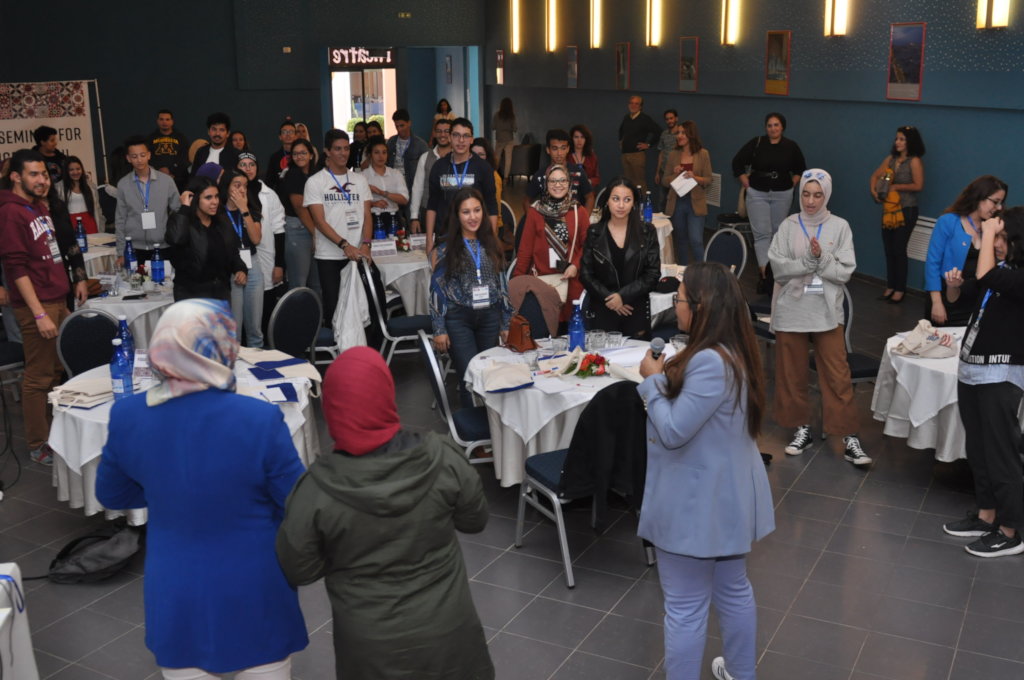 Thanks in great part to funding received from MEPI (Middle East Partnership Initiative), HAF has been teaching another group of female elected officials some participatory planning techniques that help them voice their views and be heard, thereby empowering them to strengthen their roles and become more active and effective leaders in building the capacities of their communities. This training is "learning by doing". While conducting participatory planning activities, HAF is coaching these elected women, supporting them to enter into the process and actively contribute to their communities' development.

This particular program benefits 20 elected women from the province of Rhamna, and HAF’s goal is to implement 10 of the projects proposed during their community participatory planning activities, eventually benefitting 4000 people.

The women trainees expressed that the training has already made a difference in their lives because they feel proud that they will be able to be active leaders in their communities.

Prior to the training, most of the elected women found it challenging to participate in the political life of their communes because they lacked the necessary skills to be decision-makers concerning the issues of their communes.

To understand more about their roles, we opened a discussion with them through the following questions:

How do you feel about your role as elected women?

Some of the elected women feel that they haven’t had opportunities to get involved in political life in the sense that most of the decisions when they are made, do not include them.

Others expressed that they don’t have enough knowledge about how the communes work, and they are not aware about their roles regarding nonprofit associations and civil society. And some of them said “I am not happy with my role because I feel as stuck in place as a stable rock and I can’t make change happen, although I want to do something good for my community but I don’t know how to make my role effective’.

In addition, some of them said: “I have enough knowledge but I don’t have the power to express my thoughts freely”.

How would you like to see your role as elected women?

Elected women hope to develop a sense of their responsibility for communal issues and be more active in their communities so that their thoughts will be voiced — and heard — in the communes they are working for.

What skills need to be gained in order for them to be more proactive?

Elected women expressed that: “We have been participating in different workshops but we didn’t feel that we gained enough skills to be active in our communities”. And one of them added: “But I think the way HAF approaches us makes us feel that we can do a lot, and we will gain trust among our communities by being more responsible and active”.

To support them and motivate them, HAF organized a set of trainings and workshops where the elected women learned new skills of both group facilitation and identifying the needs of their communities.

HAF has been supervising the trainee women in the participatory planning meetings held in their communities where they use  the methods and tools of the HAF participatory development approach in order to understand the community’s needs.

In this program, HAF is trying to encourage and empower elected women to share their ideas with their communities and discuss social issues and governmental actions by being very proactive in order to acquire full political and social participation. Most importantly, with MEPI’s support, HAF is seeking to enhance leadership skills among elected women.

As we near the end of this particular program, the elected women feel supported because they finally are discovering how to assume their roles in a proactive way.

GlobalGiving
Guarantee
Donate https://www.globalgiving.org/dy/cart/view/gg.html?cmd=addItem&projid=6480&rf=microdata&frequency=ONCE&amount=25
Please Note
WARNING: Javascript is currently disabled or is not available in your browser. GlobalGiving makes extensive use of Javascript and will not function properly with Javascript disabled. Please enable Javascript and refresh this page.