News from the summer camp you helped fund 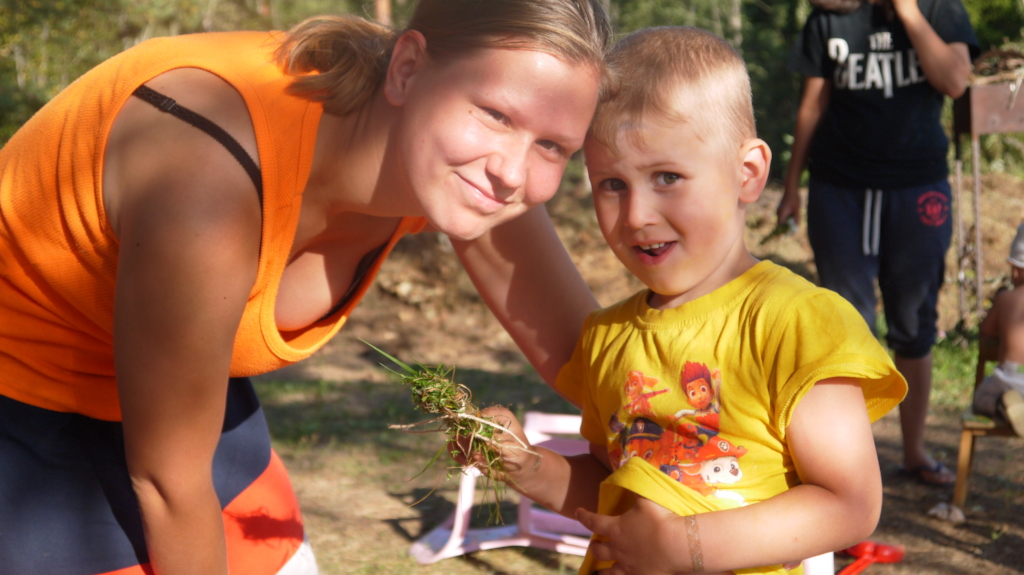 We reported on the summer camp we led for families with teenage children.  Now, we'd like to tell you how our families with pre-school children got on.

Seven of our families with ten children, mostly aged 3-5, joined us this summer at our log cabin for an intensive week aimed at strengthening their relationships.  This is a key time for the children as they develop their sense of self and their relationships with their parents and other children.  It's a time that can bring more parent-child conflicts for all families, as children begin to have stronger ideas of their own.  It also brings particular difficulties for parents who grew up in orphanages, who have no idea how to help their children relate well to others, how to manage difficult emotions, or how to resolve conflicts.  These are all issues which we worked on through the week through a mix of play sessions, parent discussion groups, creative work, and individual counselling.

Part of our routine involved time for free play.  At the start the children fought among themselves for the most interesting toys, didn't take turns or observe any rules.  They couldn't resolve their conflicts, but didn't ask for help either from their parents or from our team.  Watching this we could see why the parents don't take their children to playgrounds.

Ekaterina said, "Before it would never have occured to me that it was my decision not to go to playgrounds.  I just thought that my child wasn't interested in playing with other children.  Here I could see how difficult it was for her, and how difficult it is for other children to get on with her.  She takes their toys, spoils them, knocks over whatever they've built etc.  She often talks about the other "bad" children at kindergarten who are horrible to her.  Here I can see what is really going on, and that my daughter needs help.  It was difficult for me to accept because I find it difficult to get on with people, but I have always thought that I didn't need people, not that maybe they didn't like me.  It's difficult to start thinking differently, but I don't have an option.  I have to help my daughter, so I have to learn."

Gradually, through the week the parents became more active.  They stepped in to help their child resolve conflicts, to remind them of the rules, and to support other children too.

Every day we would also have some kind of creative activity.  This was a chance for the parents to work together with their chidren.  Natasha found it a surprising learning experience:

"I was helping my daughter Angelika to paint a pine-cone.  I was just holding the pine-cone while she painted.  All was going well, but it seemed very slow to me, and I got fed up of holding it.  So, I decided to help her, took the brush from her and painted it with a different colour that was closer to me.  Then Angelika had complete hysterics, she ran away, waving her arms around, and most unpleasant, she screamed as if you'd poured boiling water over her.  To begin with I couldn't understand what had happened, but the leaders suggested that maybe she wasn't happy with what I had done.  I couldn't understand what they meant to begin with.  After all, nothing terrible had happened, I was just helping her!  Then I realised that I changed the colour, took over without asking her and ruined her creative process.  In short I did everything we had said we shouldn't do in our discussion group.  It's very strange.  She's only two, but it seems she has a creative process and that I need to respect it and her.  However confused I am though, I have to learn to understand her, or at least not to hurt her.  Of course it's difficult for me because in my childhood nobody gave a monkeys about my wishes, or about me."

During the week we saw real progress as the children started to appreciate the predictable routines and rules, and their parents began to deal better with their tantrums and conflicts.  We saw a real committment from these parents to take what they have learned and to try and apply it to their home lives.

Antonina said, "It is so hard to be always switched on to your child.  I think it's much easier for parents who grew up in a family, it's easy for them to be with their children, but for us, who grew up in children's homes, it is simply an inhuman job, to give your childen what you never had.  You have to constantly work at it so that you can raise your children not as if they were in a children's home too, but as if they were in their own family. . . . It is so important for me to take this experience home with me.  It will be much simpler for my children if they see the whole family has a clear set of boundaries."

It is a difficult task, but no-one can deny the insight these remarkable mothers have gained into their family dynamics and their motivation to keep trying and to give their children something better.  And alongside the hard work, there were moments of joy and wonder.  We are very grateful to you for giving them this week.  We will be with them through the year, supporting them as they apply what they have learned to their life at home. 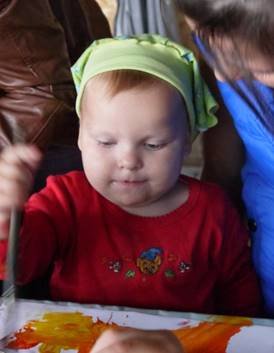 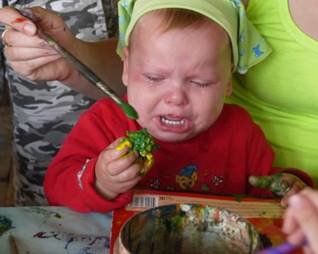 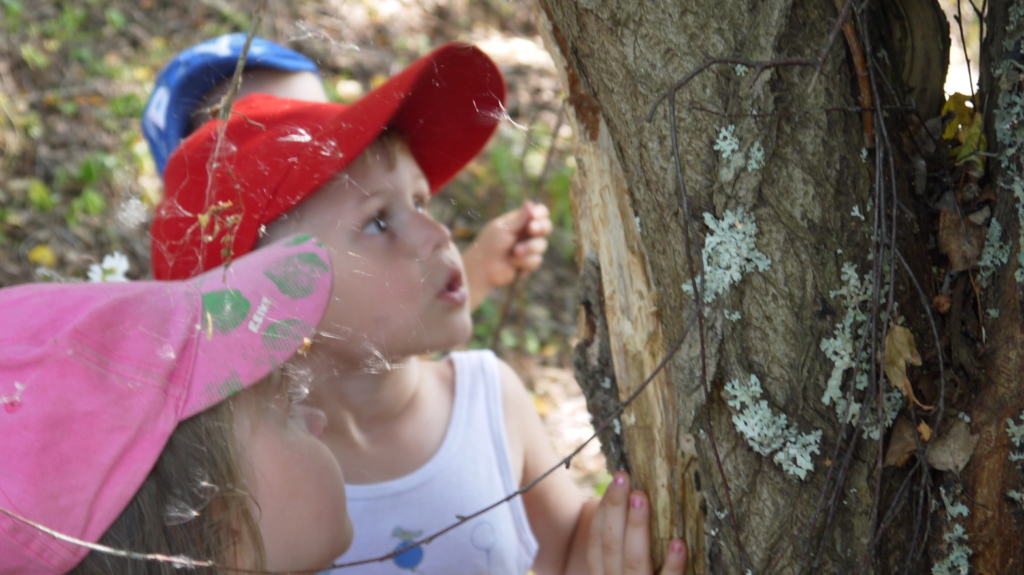 A nature walk with the children