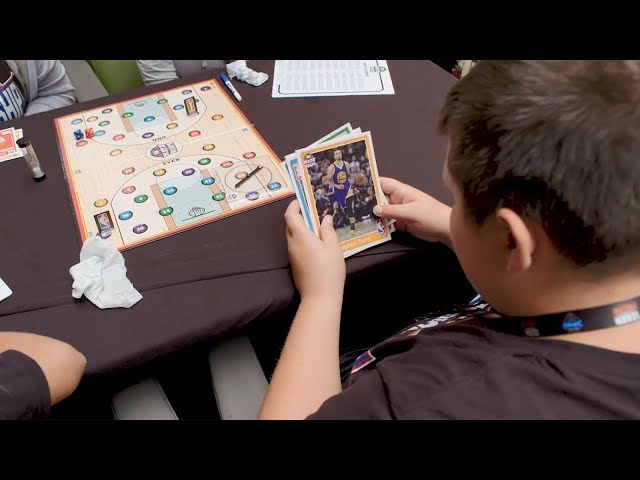 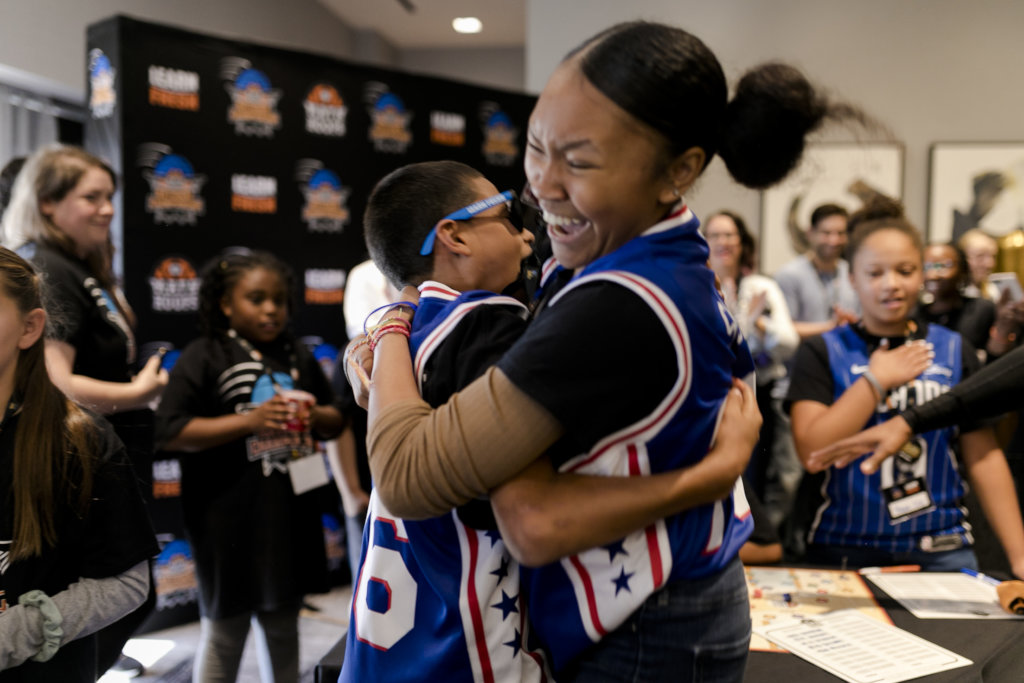 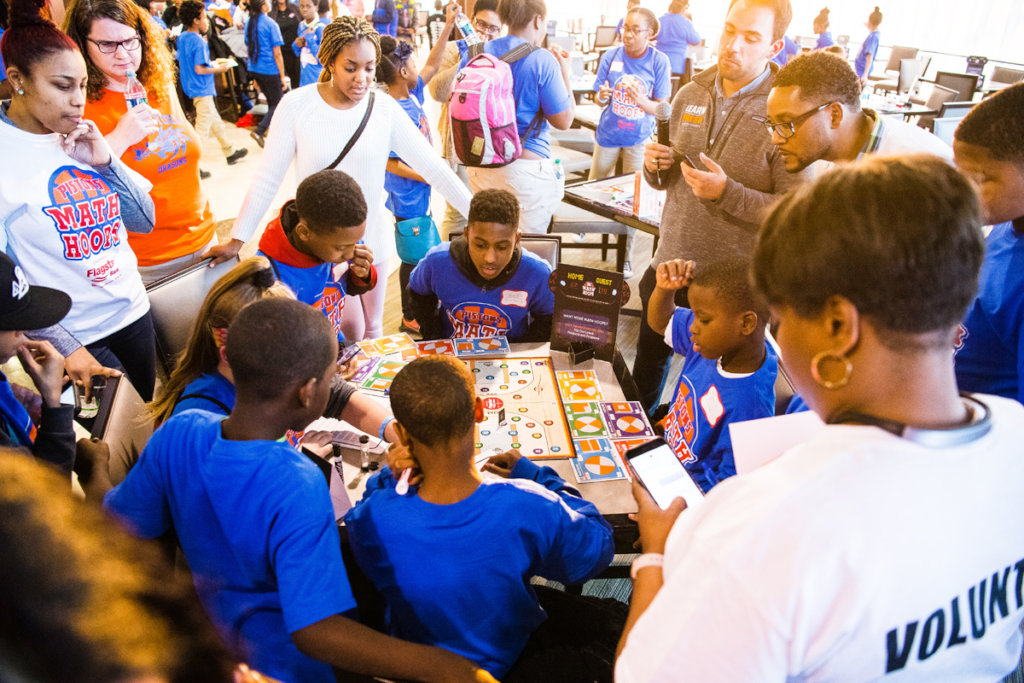 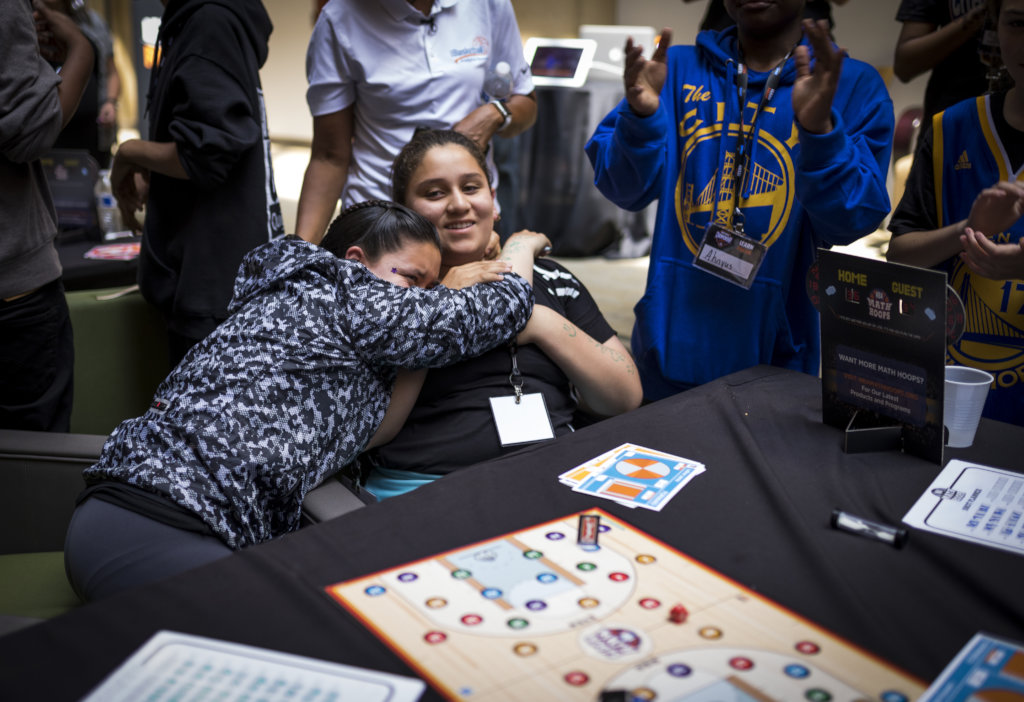 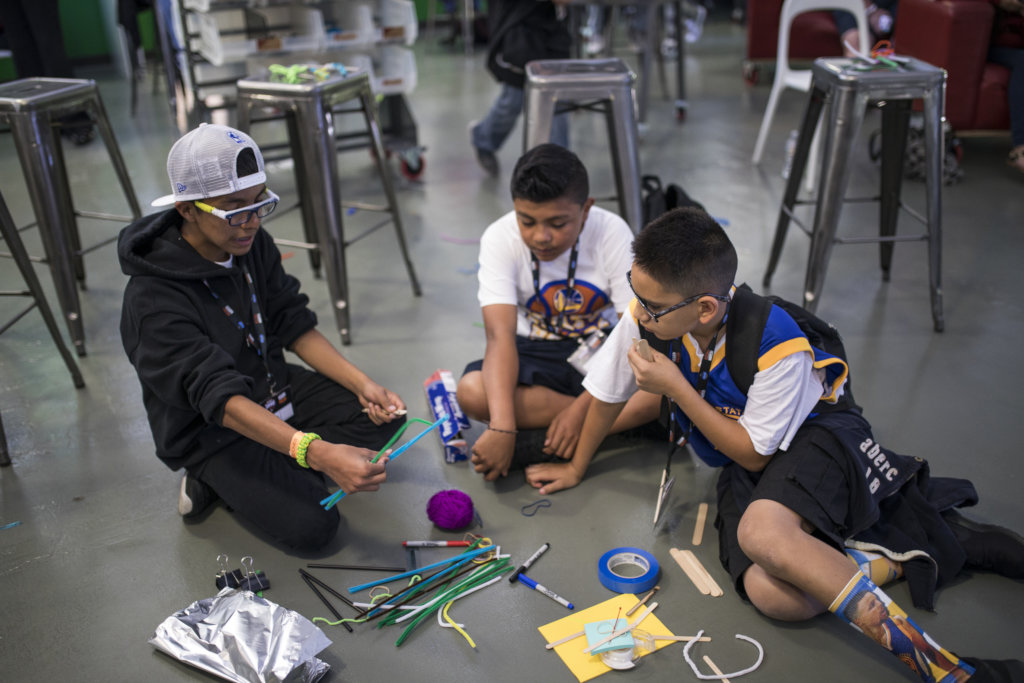 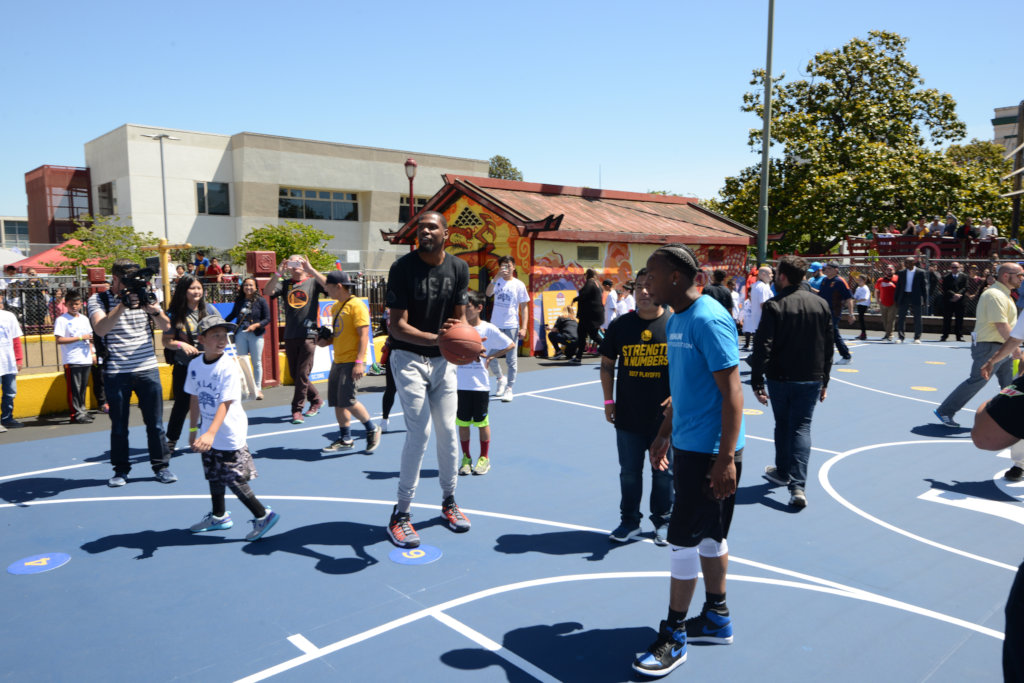 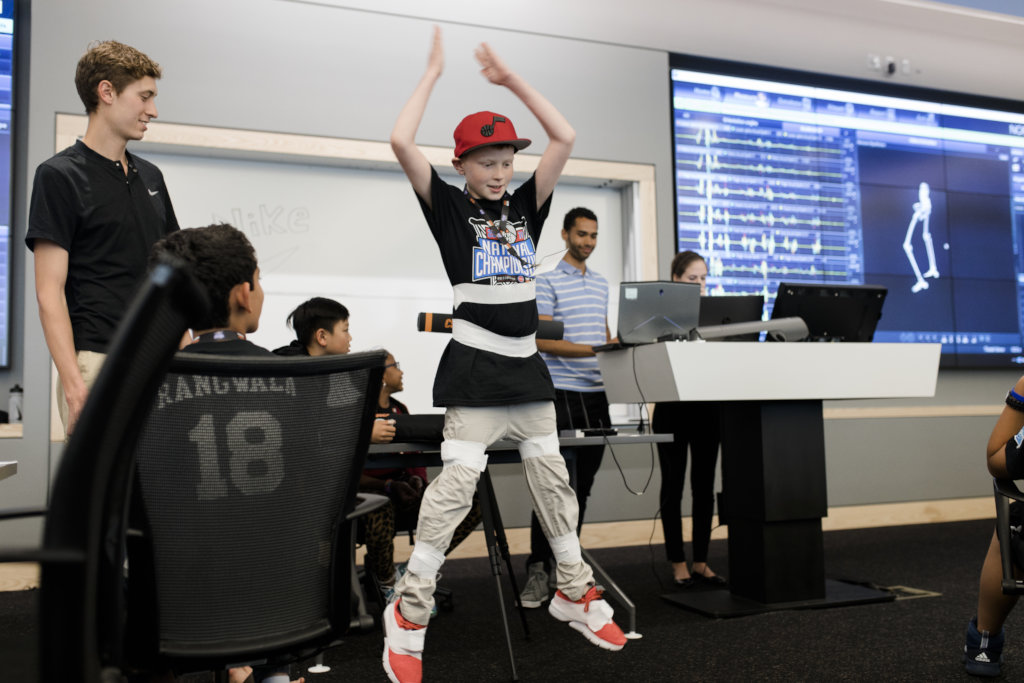 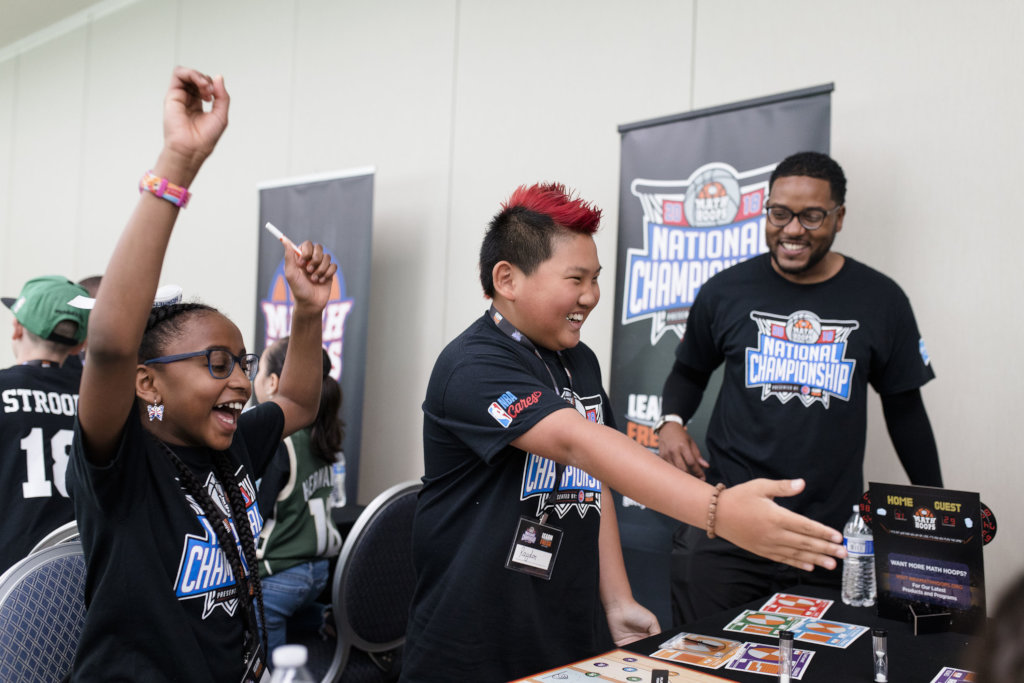 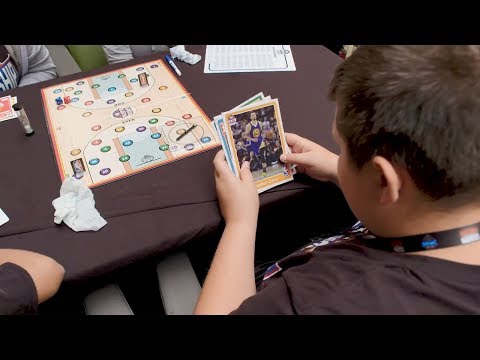 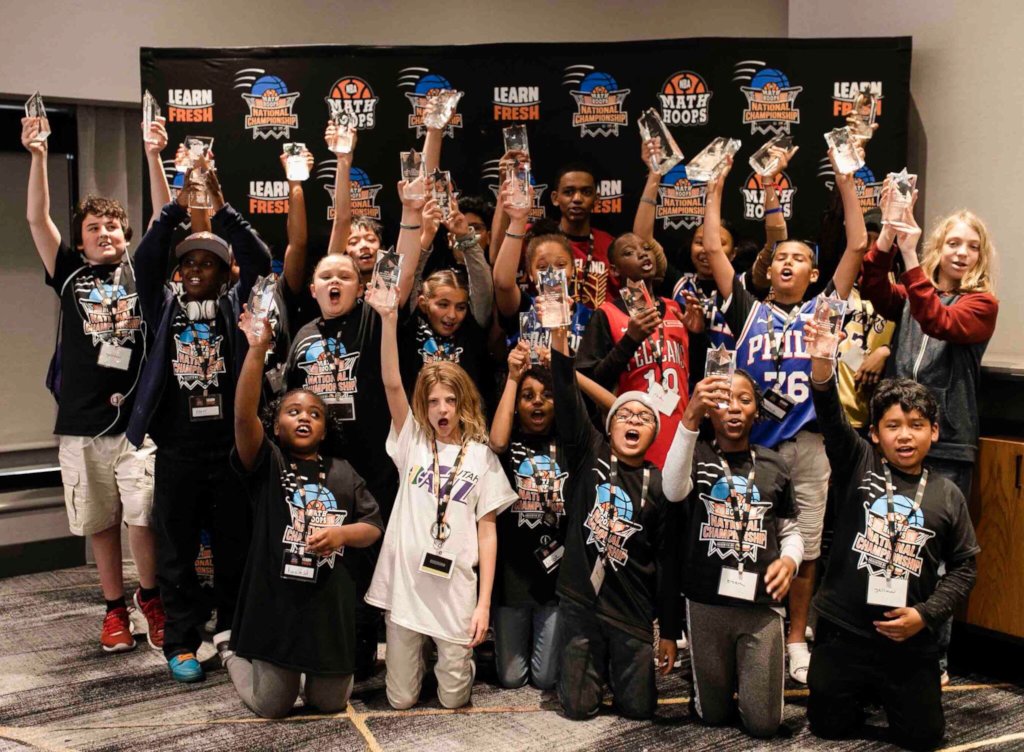 Last month we celebrated another successful NBA Math Hoops National Championship event! The  2019 National Championship was the smoothest one yet, and the second in three years that we have co-hosted along with the Golden State Warriors in the Bay Area. Global Giving donations this year helped us to cover the costs of hotel stays in Downtown Oakland for attending students, their parents, and educators, and we are deeply grateful for all of you who helped to provide such an impactful weekend. Once again it was truly a life-changing event for an amazing group of students, and it wouldn't have been possible without such a strong community of support!

Check out highlights from the National Championship weekend below.

- The weekend kicked off with a community service event, hosted by Hasbro and No Kid Hungry at the Warriors offices, in which students packed 200 meals for peers in Oakland.

- Students and families attended the Oakland Athletics game against the Cleveland Indians at Oakland-Alameda County Coliseum on Friday night.

- Students participated in a Sports Budgeting and Management simulation at the Bleacher Report offices in downtown San Francisco on Saturday morning.

- The group visited the Exploratorium and students had a chance to explore San Francisco with their families on Saturday evening.

- On Sunday morning, students participated in a series of STEM activities with students from UC Berkeley and Warriors legend Adonal Foyle. 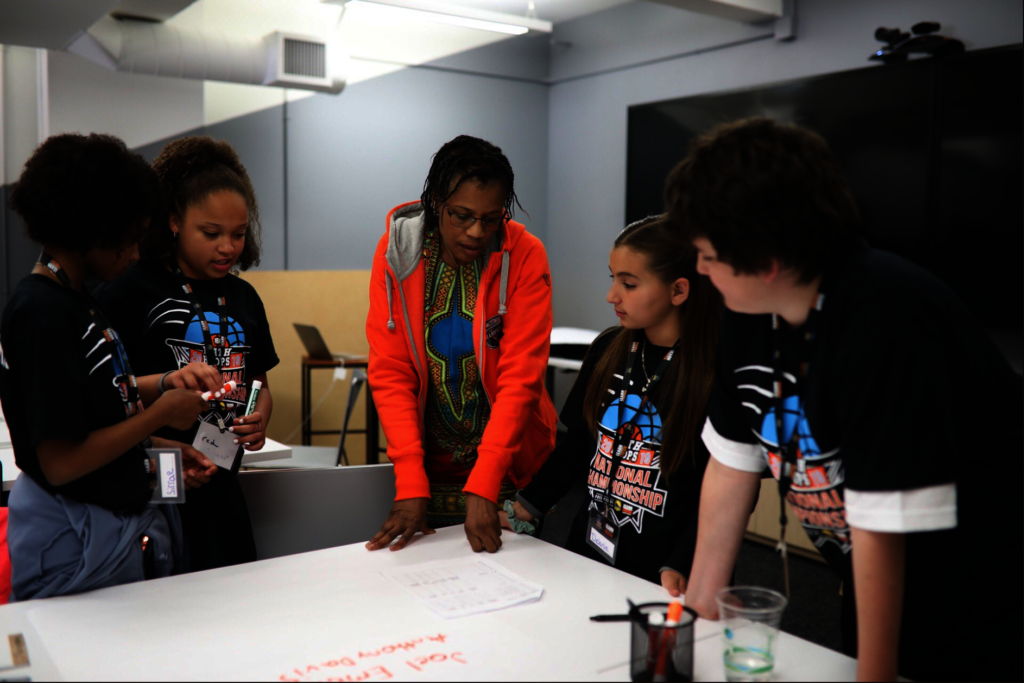 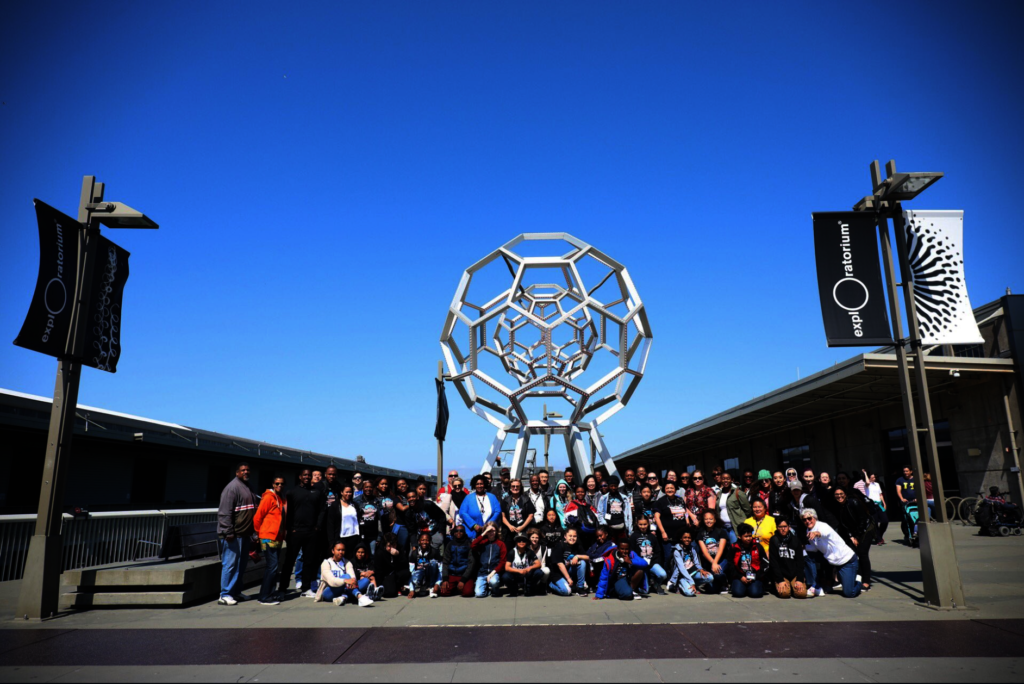 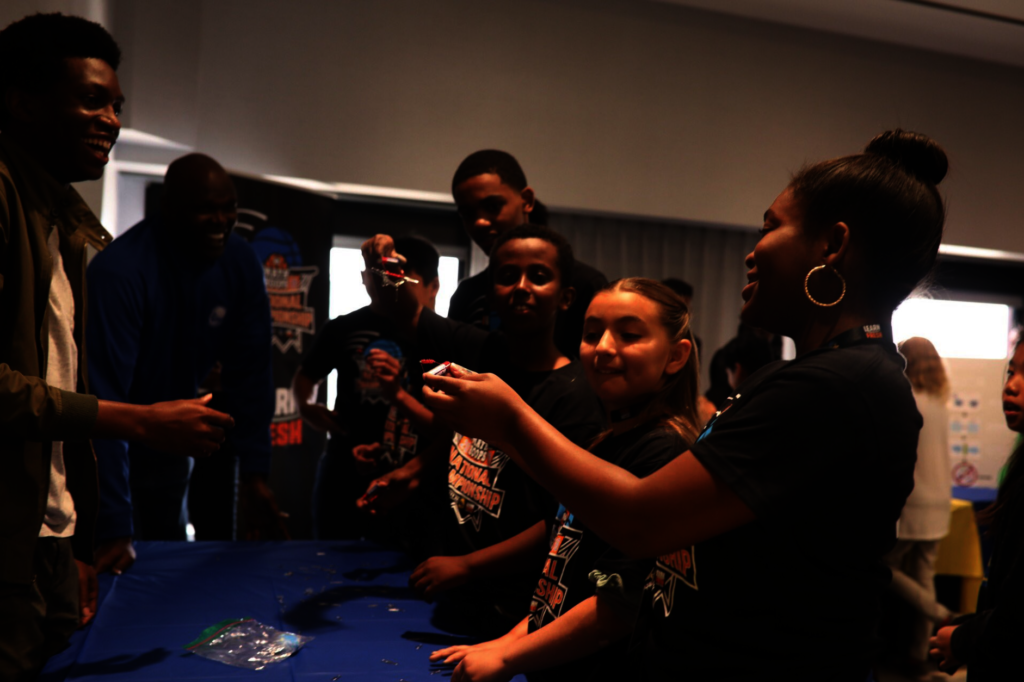 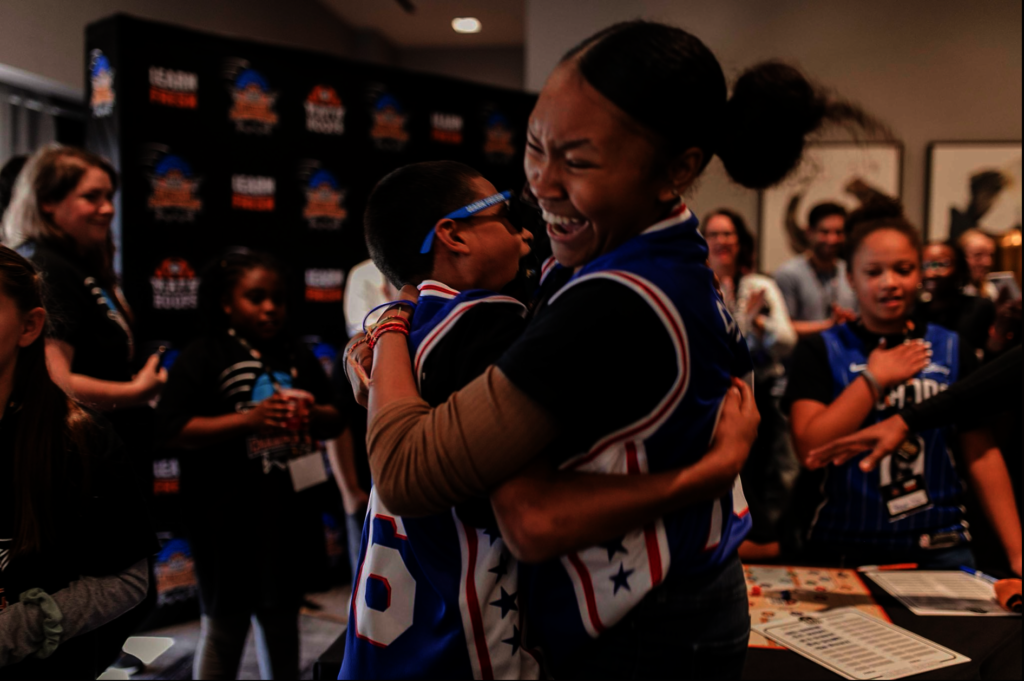 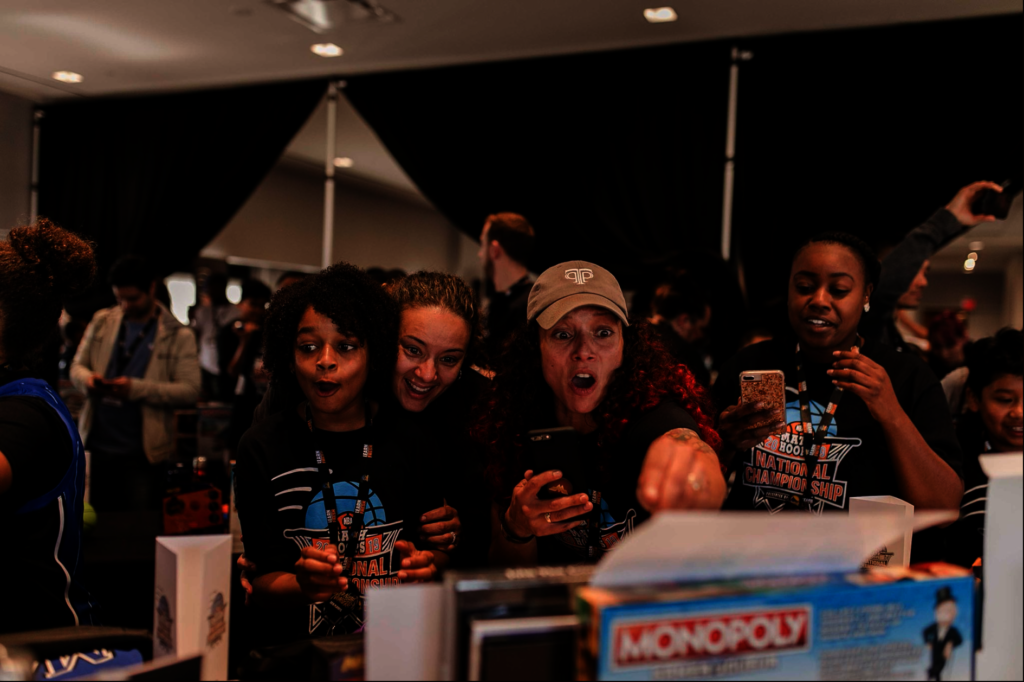 GlobalGiving
Guarantee
Donate https://www.globalgiving.org/dy/cart/view/gg.html?cmd=addItem&projid=34934&rf=microdata&frequency=ONCE&amount=25
Please Note
WARNING: Javascript is currently disabled or is not available in your browser. GlobalGiving makes extensive use of Javascript and will not function properly with Javascript disabled. Please enable Javascript and refresh this page.