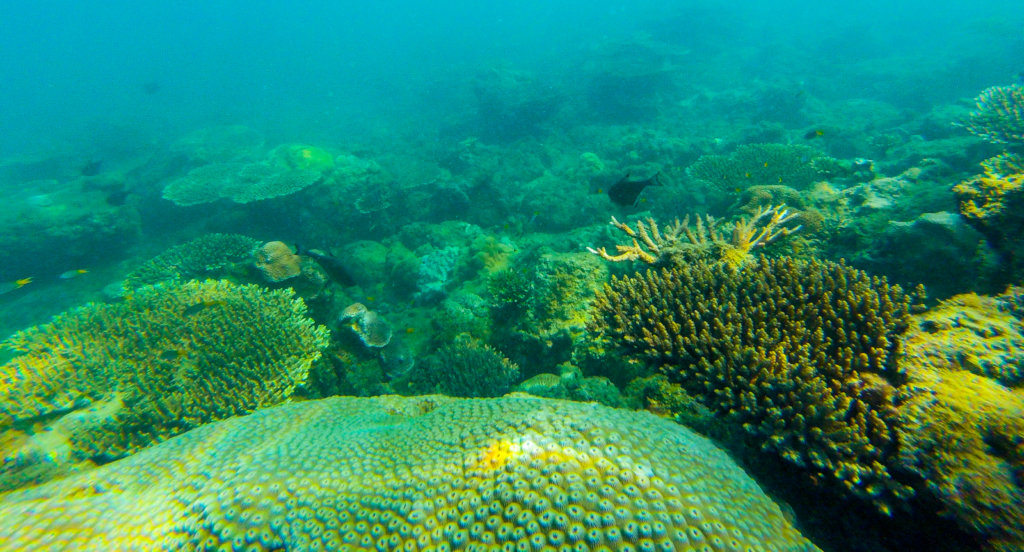 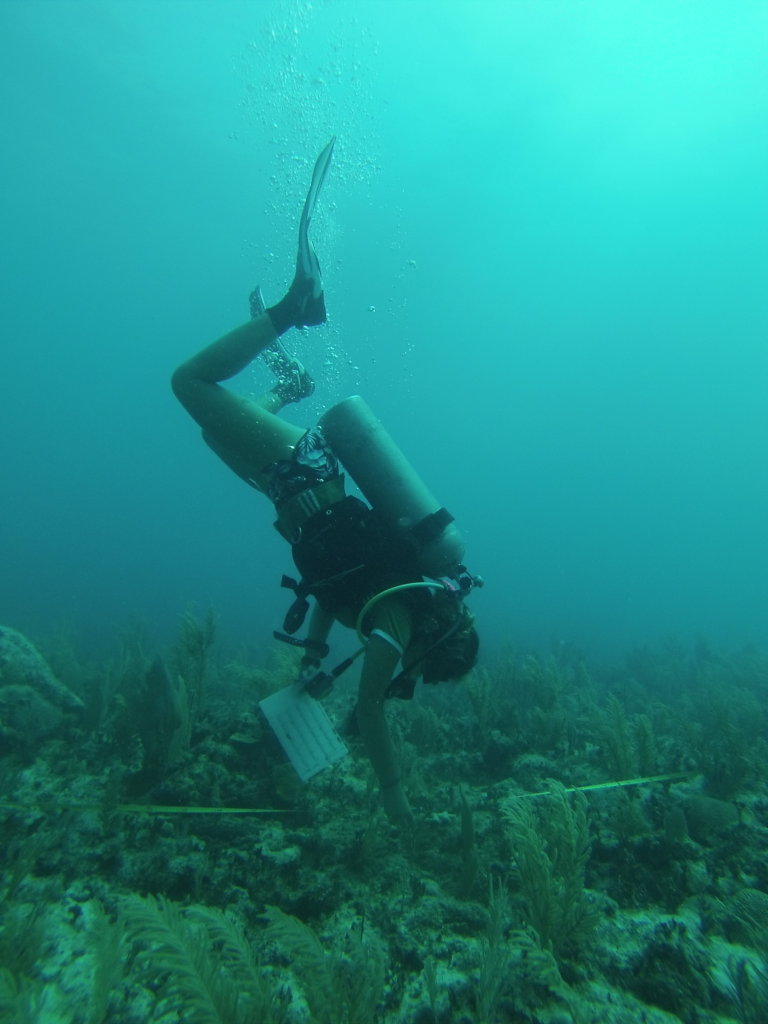 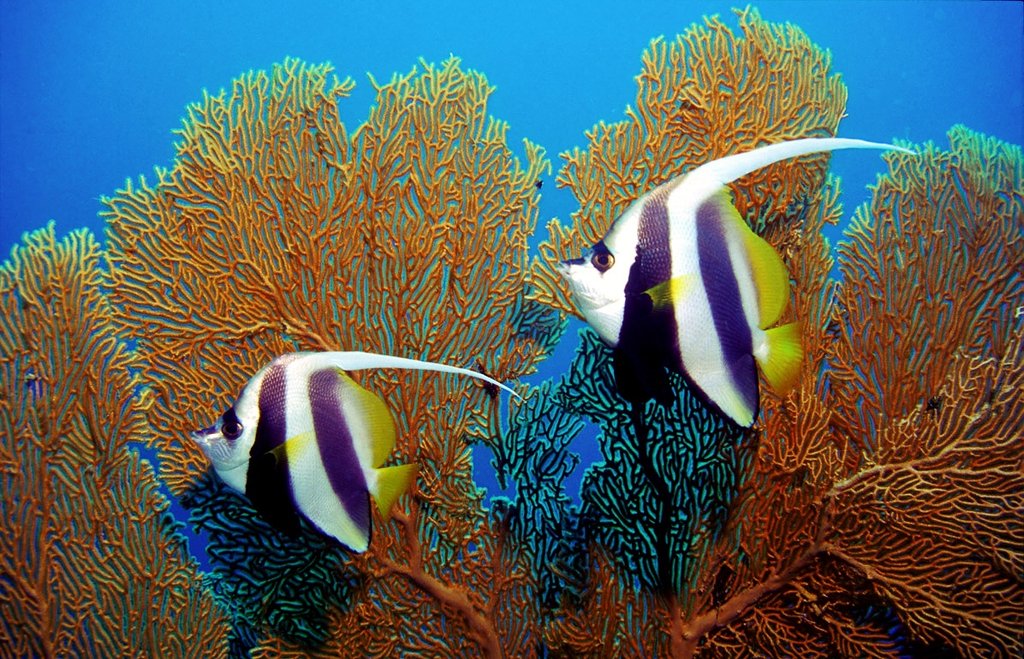 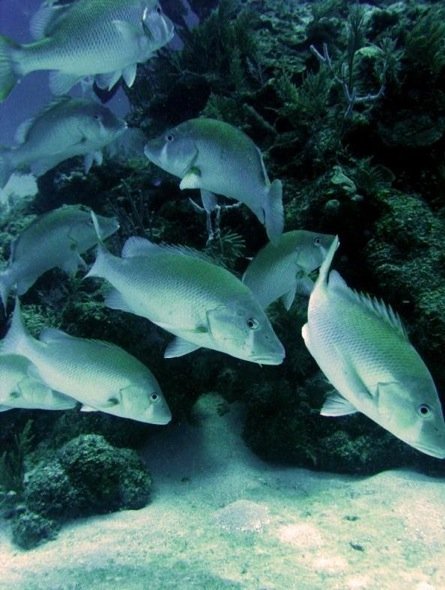 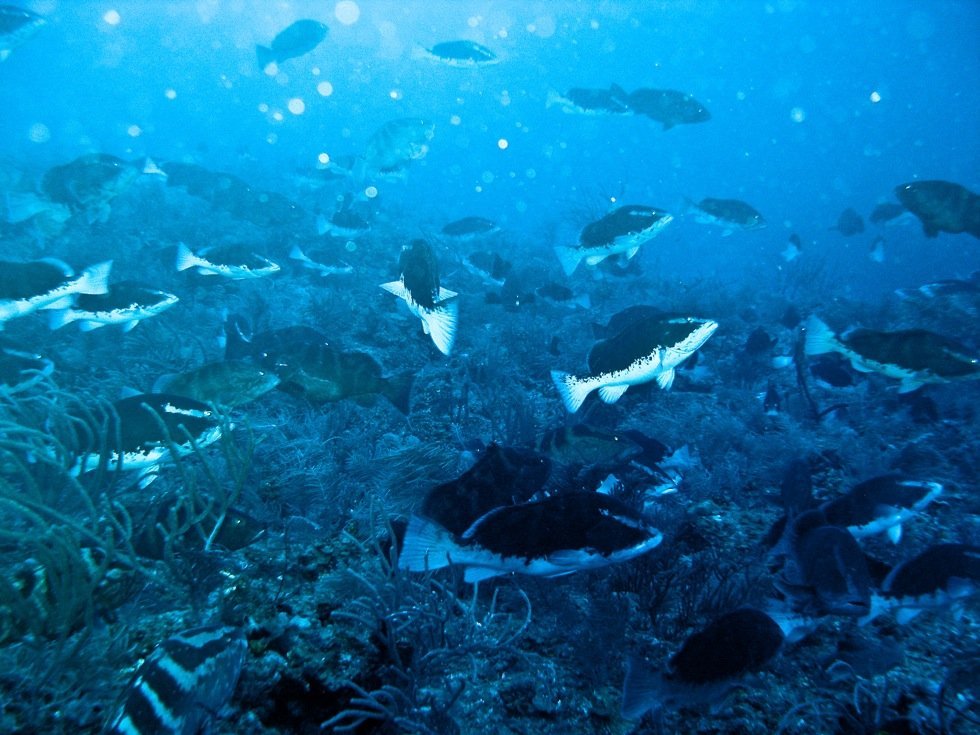 The Importance of Fish Diversity at Pedro Paila 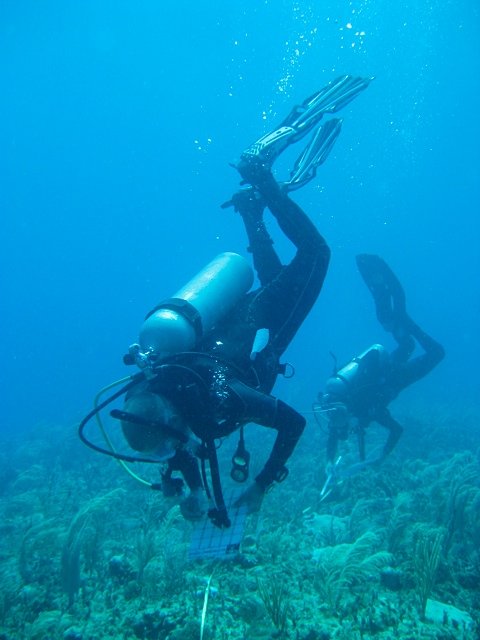 This month we have implemented the Synoptic Monitoring Program (SMP) in order to complete the data for one of our monitoring sites; Pedro Paila 5m. The execution of the SMP not only contributes to our base goal of continuing to gather data in a standardized format over a continuous period of time, but the data itself highlights the presence of key fish species present in the reef ecosystem. The presence of these fish species indicates the overall healthiness of the reef, and their attendance is a good sign. The most common species recorded such as the surgeonfish, are of great importance as they feed from algae, large numbers of surgeonfish on the reef help controlling the algae which are competing with the coral for space.

A healthy reef is made up of many components that work together to create a complicated and delicate balance.  When monitoring the sites at Pez Maya, we study four main groups that highlight target species that are directly affecting how healthy a reef is. These groups are: adult fish species, juvenile fish species, coral species and coral diseases, and the composition and sessile invertebrates of the benthic zone.  The data gathered about these four modules help us see a window into the reef life and health.

These species are very important in a reef system. They have many roles, like the surgeonfish which are herbivores and planktivores.  This means they keep the thick filaments and leafy algae from overgrowing the corals. Surgeonfish are also fast growing, so they can reproduce quickly and thus are often large populations. They tend to deposit feces in the nooks and crannies where they hide which helps coral diversity and growth.

Another species, the wrasse, feeds on the parasites found on other fish as well as purifying the wounds of injured ones. Initial phase blue head wrasses are responsible for 10% of the cleaning activities on Caribbean reefs. Through their feeding, wrasse help the fish stock stay healthy. The large number of juvenile damselfish recorded is very encouraging as it means that there are many fish to clean.

Damselfish, on the other hand, encourage algae growth through the gardens they grow in the coral. They are also popular aquarium fish due to their bright colors, and often times the fishing methods used to extract them is quite harmful to the reef.  There were also a high number of parrotfish juveniles recorded at Pedro Paila 5m.

Parrotfish have very strong teeth that they use to grasp algae from dead coral, ingesting both dead coral skeleton and the algae. Their strong stomach then grinds the reef structure, or calcium carbonate, into a fine dust, which settles as sediment. On the other hand, the Butterflyfishes have a very diverse food range. They eat anthozoids, zooanthids, tubeworms, small crustaceans and shrimp.  Such a large sampling of prey means the Butterflyfishes can survive and thrive in many different environments.

All in all, the fish on the reef at Pedro Paila 5m are a complicated network of predator, grazers, cleaner fish and omnivores. Each species affects the health of the reef in different ways, and we are happy to add this phases completed data to all of the past years information in order to show the condition of the reef. Our continuous data entry also helps fulfill the Millennium Goal of environmental sustainability because it can be used to show why the reef is healthy at certain times and what effect the outside environment is having on the reef.  This information can lead groups to make changes about the management of the reserve, the reef, and it helps to ensure humans have as little negative effect on the reefs as possible.

Thank you for continuing to support this project in 2013 and we hope to see you next year!

GlobalGiving
Guarantee
Donate https://www.globalgiving.org/dy/cart/view/gg.html?cmd=addItem&projid=5928&rf=microdata&frequency=ONCE&amount=25
Please Note
WARNING: Javascript is currently disabled or is not available in your browser. GlobalGiving makes extensive use of Javascript and will not function properly with Javascript disabled. Please enable Javascript and refresh this page.