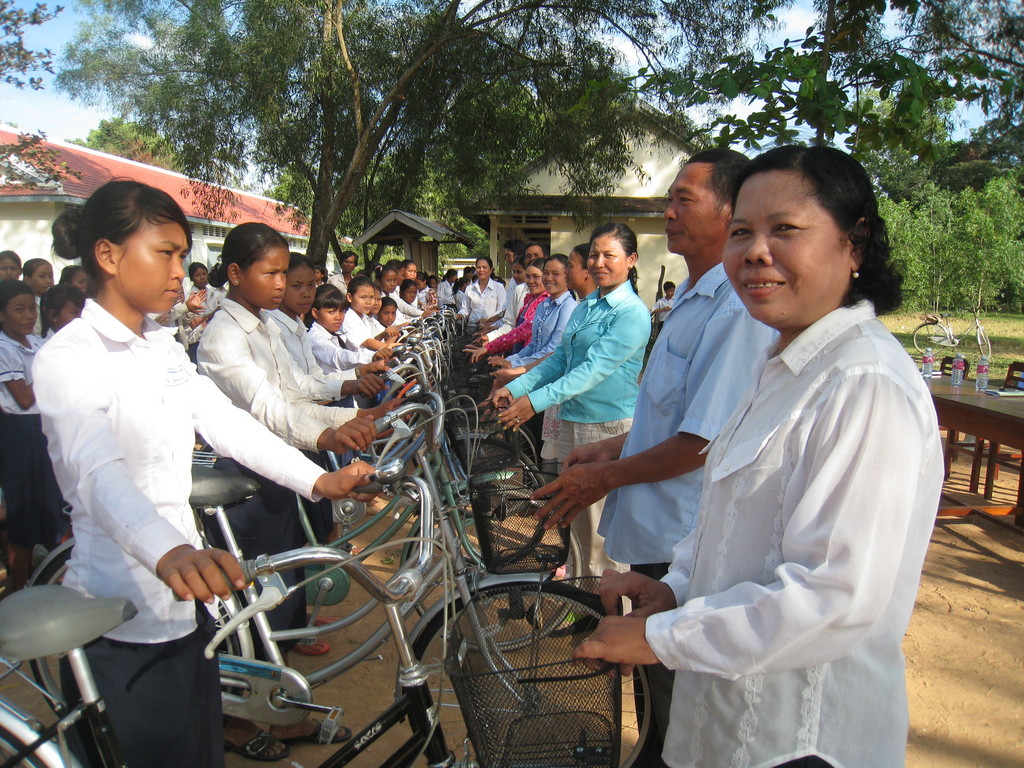 From October 2010 to March 2011, the Lotus Pedals project gave away 186 bicycles to vulnerable girls across Cambodia, with 45 more scheduled for distribution in the coming weeks. Eighteen year-old Roeun Sonang, a grade 9 student at Chan Sor lower secondary school is one of them. Her family rents 1.5 hectares of land to grow rice, but after turning over nearly half of their yield to pay the landowner, they must still buy rice to eat a few months of the year. With her father, a soldier, stationed at the Thai border, the family doesn’t have the manpower to increase their yield.

The pressure to drop out is omnipresent, but Sonang and her family are determined that all four children should stay in school. They work seasonally and live largely on vegetables that they grow in their garden, rarely eating meat. Until Sonang was selected to receive a bike, the kids walked about 1.5 kilometers to school. She explains what a difference the bike has made for her.

“Since I had to help around at home in between school and had to walk that far, I sometimes got to school late, sometimes had to miss school, and most of the time I felt tired when I got to school and couldn’t concentrate on the lesson which impacted on my school performance,” she says. “I came 15th to 20th in the class then. After getting the bike from the program, it eases me in both traveling to school and to attend any activities with Youth Club. I now arrive on time and can pay full attention on the lesson. I rank between 5th and 9th in the class now!”

What’s more, she carries her younger siblings on the back, so in fact, four children benefit. Sonang and her family wish the best of luck and success to you, the donors who make Lotus Pedals possible. She is determined to make good on your generosity by studying hard to become a lawyer. With a bike to get to school, her chances just got a whole lot better. Thank you!