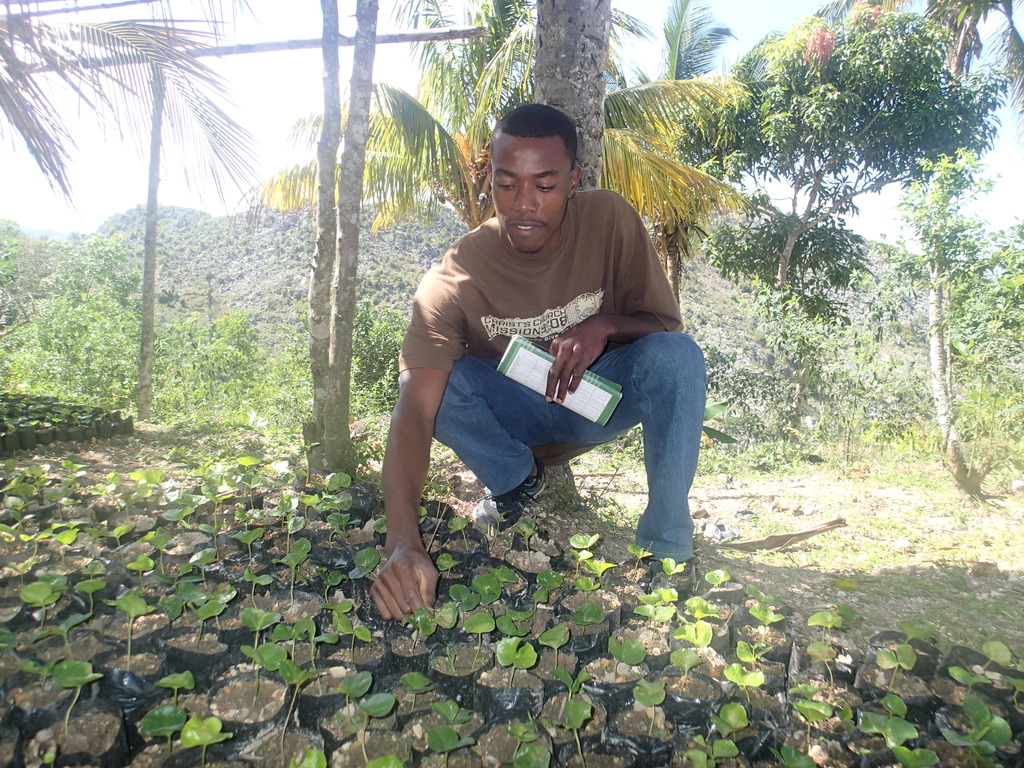 Peasant farmers are working locally making a difference in the standards of living in their respective communities in spite of challenging climatic events like hurricane Sandy and the drought that followed. In our partnership with rural farmers in Haiti, we continue to witness remarkable courage, determination and resilience. Indicators like increasing memberships in local organizations, the level of utilization of service like ox-plowing, irrigation, water provision from the riverbed are all elements of building more sustainability for communities assuming leadership to create long term change in their quality of life.

The Association of Farmers and Breeders of Akin (APEAG), located in the Artibonite region, began their goat breeding in 2012. Since the inception of the partnership, their membership increased by 31%, their herds have grown from 120 to 222 and now to a 342 animal count benefiting 126 members. The Veterinary pharmacy extends its services to the whole community stabilizing animal health among all farmers through preventive vaccination and medicine for disease management. The project is in its evaluation phase but its impact is showing positive progress beyond the membership.

Below are summaries of the projects and their status of implementation:

Increase food production in rural communities in Haiti.  By the end of 2012, over 80 percent of the sustainable agriculture and animal husbandry projects supported by Lambi Fund will increase their annual crop yields or animal production.

o  Lambi Fund supported five new or continuing grain mill projects in 2012. Four, or 80 percent, of grain mills are operating and have directly increased the amount of crop local farmers are processing for sale in the local market.
o  Lambi Fund also supported seven new or continuing animal husbandry projects in 2012, 100% of which saw an increase in healthy goat and sheep production. However, Lambi Fund had the hard target of producing 628 kid goats in 2012, though only 564 were born as of late December, a shortfall of ten percent. This is largely attributed to one project, the Peasants Organization of Bige (OPB), where a number of goats initially purchased for the project fell ill in transit. Some died, and others failed to bring their kids to term.

By the end of 2013, over 80 percent of the sustainable agriculture and animal husbandry projects supported by Lambi Fund will have access to resources to increase their annual agricultural activity.

Improve access to credit in rural communities in Haiti.  By the end of 2012, at a minimum six community credit funds will be reinforced.

o  Lambi Fund supported one project in 2012 with reinforcement of a community credit fund as its main activity. Funds were disbursed to the organization, Association of Women for Action in Gros Morne (AFAGM), in December 2012, and the first lending cycle is complete and has been fully reimbursed. AFAGM is proceeding with the second lending cycle to his women members.
o  Lambi Fund also supported four other projects with community credit funds as a supporting activity. One organization, Peasant Movement for the Agricultural Development of Delann (MOPDAD), reinforced two credit funds, one which specifically targeted female members, while the other three organizations reinforced one fund each.

By the end of 2013, at a minimum, three additional community credit funds will be reinforced.

Improve sanitation in rural areas of Haiti.  By the end of 2012, at a minimum, 16 community latrines are built and maintained by eight grassroots organizations.

By the end of 2013, at a minimum, ten community latrines are built and maintained by five grassroots organizations.

o  Lambi Fund staff is currently working with its partners to raise funding to add latrines.
o  The risk of cholera during the rainy season is higher, so Lambi Fund staff is discussing prevention practices with its partners, distributing visual aid information on prevention of cholera, the treatment of water.
o  Lambi Fund has adopted a new project policy. Every project construction will have latrines and access to water for hygiene and sanitation.

Increase reforestation efforts in Haiti.  By the end of 2012, at a minimum, eight community organizations are planning or have completed a reforestation project, resulting in a total of at least 120,000 trees planted.

By the end of 2013, at a minimum, five community organizations are planning or have completed a reforestation project, resulting in a total of at least 100,000 trees planted.

Increase skills and knowledge of leaders.  By the end 2012, 80 percent of the organizational leaders will indicate an increase in leadership and community organizing skills, democratic principles, gender equity and reforestation techniques, as well as skills gained in at least one of the following areas: community credit fund management; sustainable agriculture practices; animal husbandry techniques; or water quality and health, sanitation and hygiene techniques.

By the end 2013, at least 150 organizational members will have participated in trainings for leadership and community organizing skills, democratic principles, gender equity and reforestation techniques, as well as at least one of the following: community credit fund management; sustainable agriculture practices; animal husbandry techniques; or water quality and health, sanitation and hygiene techniques.

Your donation has made it possible for us to partner with peasant farmers to create activities that lead to the reduction of poverty in their respective communities. Know that increased revenue and job creation through alternative economy results in increased capacity for parents to cultivate more land, ability to pay the schooling for their children, and access medical care for their families. Because our projects are sustainable, we assist our partners to improve their quality of life for their families and their communities. 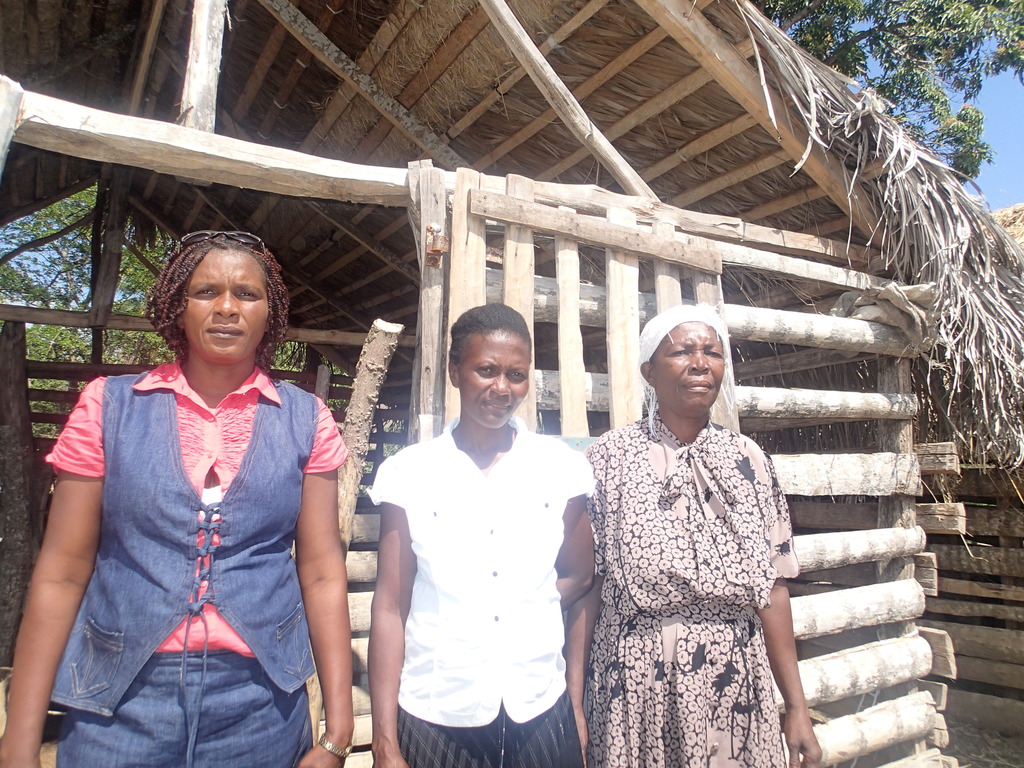 One of the goat pens built by the women of OFJ