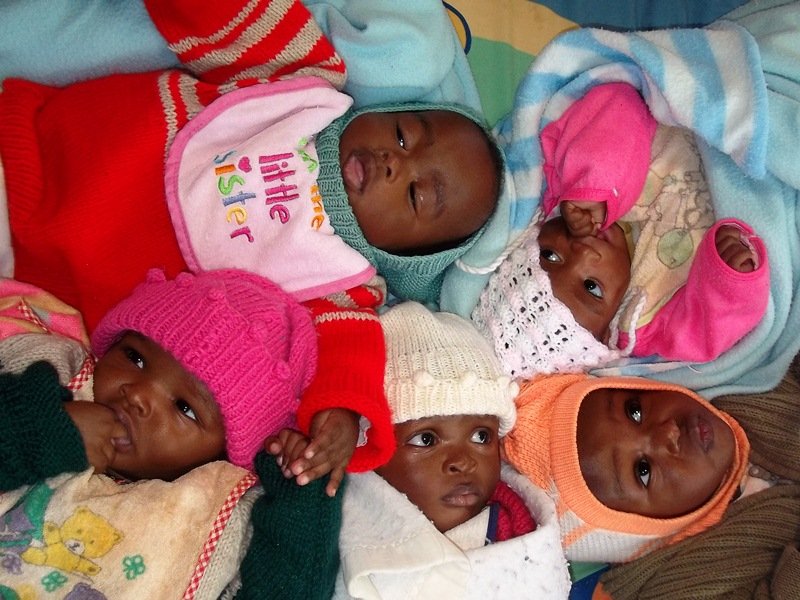 Things have been quiet at the St Andrews Baby Unit for the past few months in that there have been no new arrivals. However, with twelve young children under their care, quiet is not a word that is often associated with the baby unit!

The children are doing well under the care of Matron Lucy and her team. Lucy tells us that the recent achievements include Priscillah starting to crawl and hold on to things to pull herself up while Anne has started her potty training. Wanjiku, Patrick, Joe and Mwangi are all attending the Baby Class at the Early Childhood Development centre which shares the same compound as the baby unit and Kandara Children’s Home. This is the first step in preparing them for their primary education.

As we mentioned in our last report, the unit is working towards sustainability. As well as taking in children from the local community for day care, the staff are now rearing pigs and chickens. The pigs will breed and then piglets can be sold to raise funds while the eggs produced by the chickens can be consumed by the children at the unit. A kitchen garden is also being cultivated around the building where the unit is situated. This will allow a variety of vegetables to be grown which can be incorporated into the children’s diet.

Matron Lucy and her team received some training from a group of three physiotherapists from the UK who were volunteering at several Vision Africa projects. The physiotherapists were able to give some advice about child development and suggest exercises for some of the children who needed a little encouragement to get mobile.

Thanks to everyone who has supported the St Andrews Baby Unit by donating through Global Giving. Your support really does make a difference to the lives of all the young children who benefit from this project.