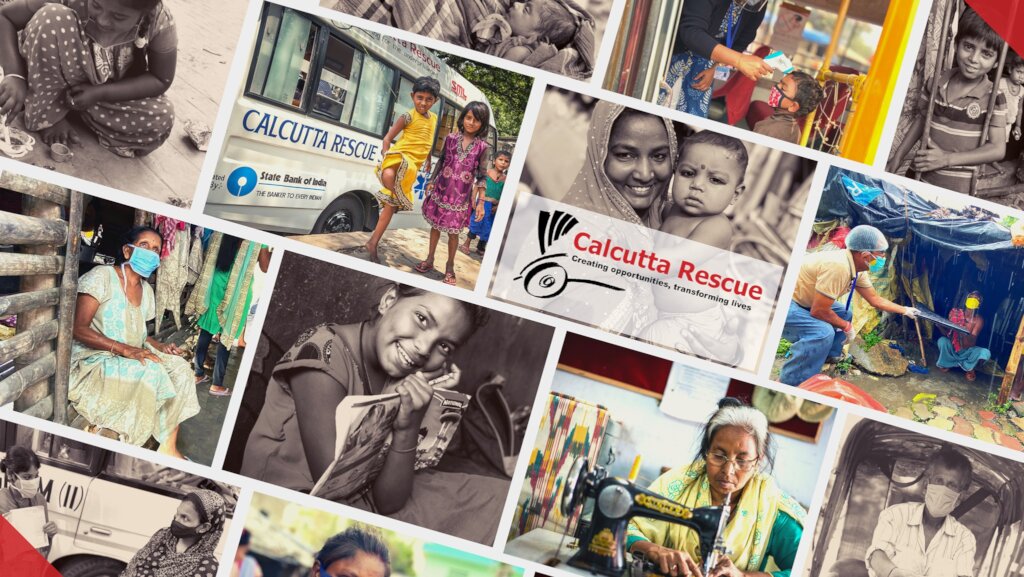 Calcutta Rescue is working on Vermicomposting 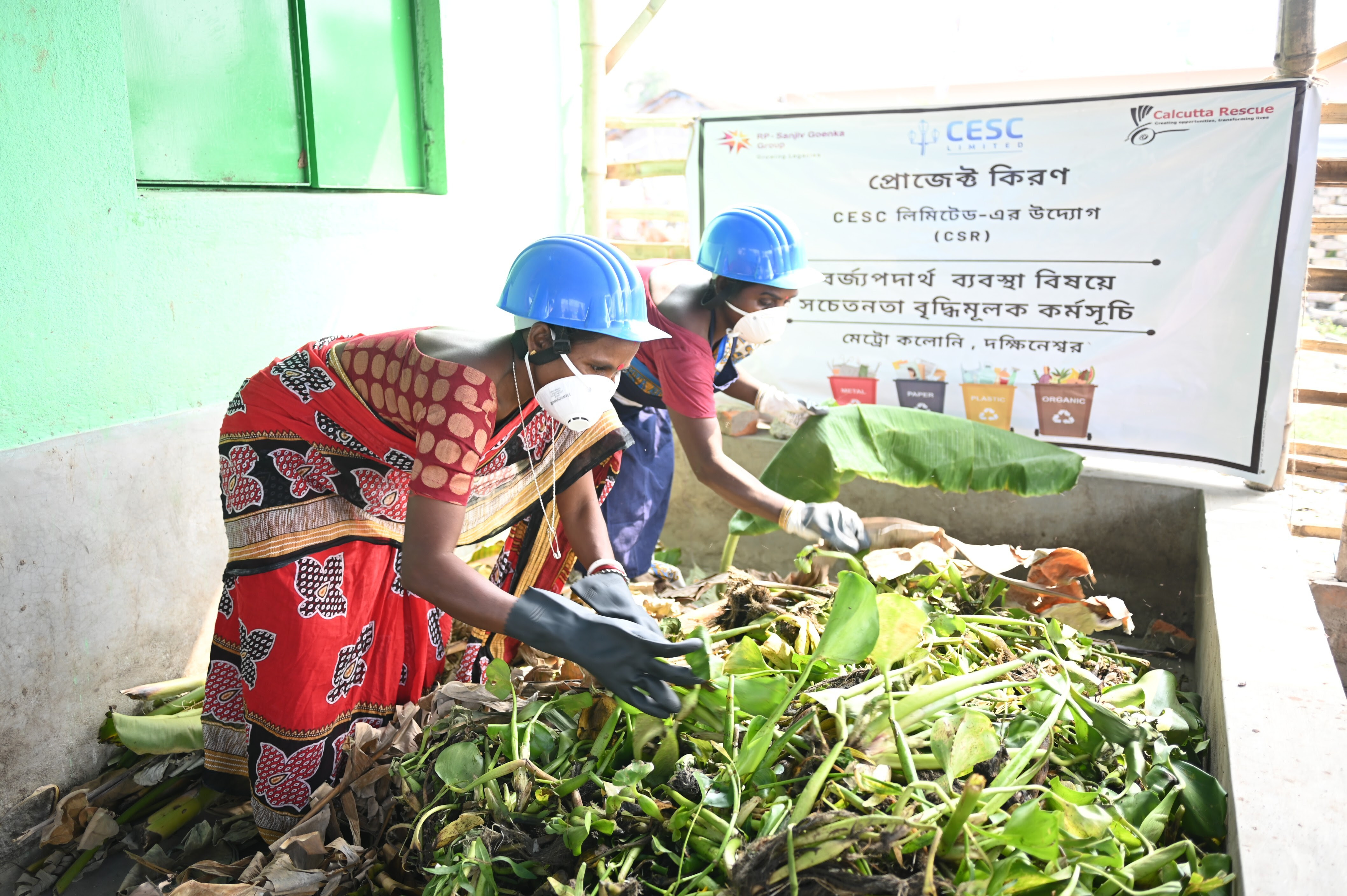 Calcutta Rescue has started a pilot project using the humble earthworm to tackle waste and generate employment. Vermicomposting uses worms to turn things like food waste and bedding materials into fertiliser. Slum areas are generally unclean. There are dingy alleys, and narrow spaces, animals roam around, and garbage is dumped anywhere. The waste collection system does not operate. And, due to the pandemic, people in urban slum areas, many of the labourers, have lost work. So Calcutta Rescue decided to plan something that will reduce waste and also provide employment to the slum dwellers. Slum dwellers working on the project will collect waste from nearby cowshed, water hyacinths (an invasive weed) from nearby canals, and waste from local vegetable markets. Currently, these things are being dumped into drains creating blockages that encourage the breeding of mosquitoes and pollute the environment. This project is funded by The Calcutta Electric Supply Corporation Limited (CESC). Calcutta Rescue has built rooms where the composting will take place and is running talks with local people so they understand what the project is for and how it will help them.Firstly the waste materials are collected, then comes a decomposing process where it rots down for a few days. Then it is put inside the composting pits with earthworms where the compost will be created. The whole process takes 40-45 days. Presently 2 female staff have been recruited and 1 male staff will be recruited very soon. If the initial intervention is successful there is plan to make it a long-term project. 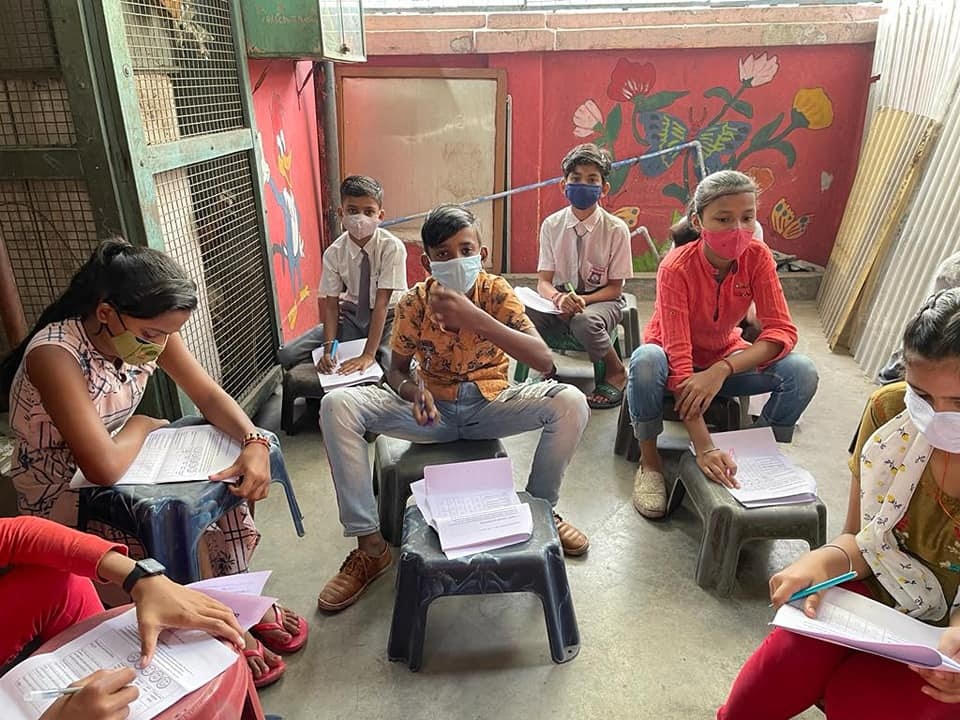 Boys at Calcutta Rescue’s education centres have started receiving targeted gender-equality training to help them break the patterns of sexism, domestic abuse and gender-based violence that are endemic in the slum communities where they live.

A Boy's Club has been set up with funding from the Cloverleaf Foundation in the The Netherlands, where 160 male students aged around 10 to 20 are getting the chance to explore and learn about these difficult issues.

Calcutta Rescue has employed a male social worker to deliver the programme. He said, "It is better for the boys to have a man before them discussing social problems. If I explain to them that boys can cry too, for instance, it is easier for them to relate because I express a man's perspective.” 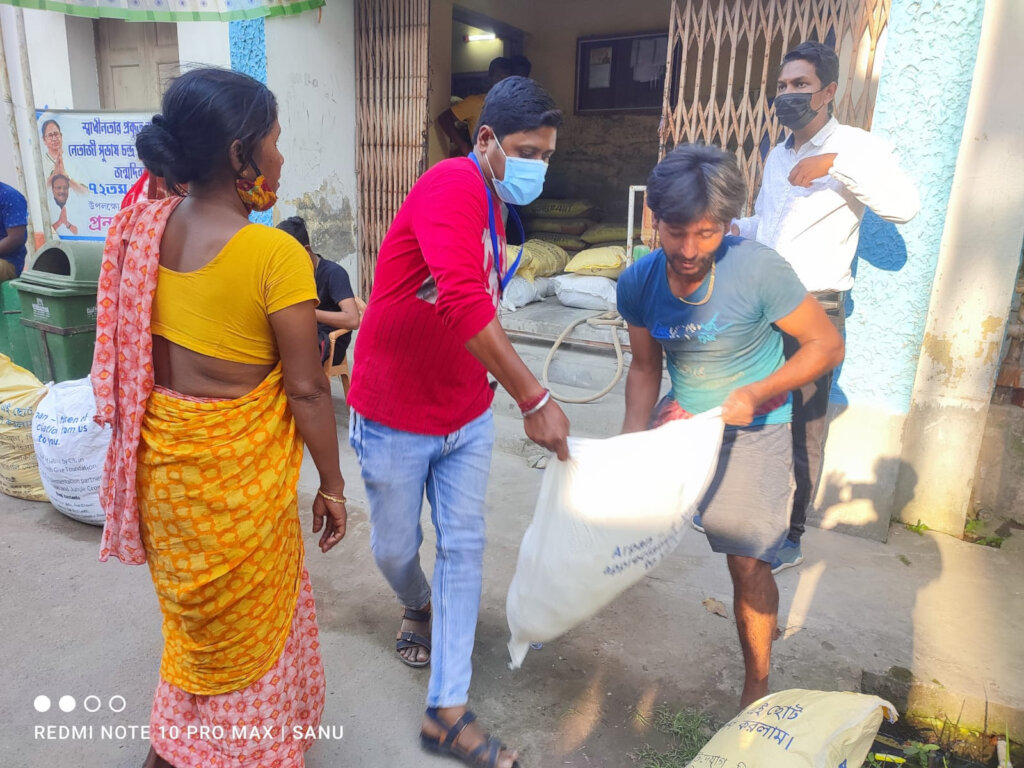 Project Arpan, a Citibank social initiative in collaboration with Give India, was formulated to address the issue of food insecurity across communities in the country. Calcutta Rescue, in association with GiveIndia's implementing partner, enabled the provision of 3750 tonnes of dry food rations to 75,000 households from low-income communities in Kolkata. This has benefitted over 300,000 individuals residing in 50 of the city's most impoverished locations.

College awaits for all 16 students of CR who took and passed their higher secondary school exams recently - 10 of them in the first division. These are the best results ever, on top of which 24 out of 25 students passed their year 10 exams. That is an extraordinary achievement, given the challenging backgrounds of CR students and the fact that schools in West Bengal were closed for most of the past year because of the pandemic. Unlike at most schools, CR’s teachers worked very hard to provide online lessons and coaching via the students' smartphones.

CR education head said her teachers had also gained a lot of skills and confidence from the first six months of a two-year teacher-training programme organised by UK charity the Helga Todd Foundation. The number of students staying in school to take the higher secondary exams has tripled in the past four years, partly thanks to extra support provided to students and parents by CR’s new school social work team.

Little Monira has beaten malnourishment with help of Calcutta Rescue

Monira has come a long way since she was brought to Tala Park Clinic severely malnourished in the arms of her mother. Monira was five months old and had anaemia (lack of haemoglobin in the body) which was also stunting her growth. "Monira's mother couldn’t nurse the baby due to lack of breast milk. The family is very poor so they can't afford baby food either" said Sheila, the head of the Calcutta Rescue’s Mother and Child.

Monira is the youngest child in a family of six, her parents and grandparents and one older sibling. Her father is the only one earning money and not very much. "My husband has psychological problems. Most of the days in the month he can't work" said Monira's mother, "When he is able to work, he earns hardly 100 rupees a day." Monira was also suffering from heart problems which made her health even worse. The baby was immediately admitted to our Mother and Child health programme. She was given baby formula food, cardiac medicines, and vitamins, and was carefully monitored by the CR team who also taught her mother how to make less expensive yet nutritious meals for Monira.

After two years of treatment, Monira has finally reached a normal weight but continues to receive iron therapy to treat her anaemia. Monira's mother is very happy to see her daughter laughing and playing around. "When she was born she was so weak I used to think she could never sit on her own but she is so active now. I am ever thankful to Calcutta Rescue for treating my daughter."

"I suffered not once, but twice from TB. At one point I lost all hope", said Mrinmoy. Mrinmoy Hazra was first diagnosed with the disease, responsible for 10% of all deaths in India, in 2015. At that time he was working as a press photographer earning around 10,000 rupees per month. But after the TB diagnosis his health deteriorated and he had to stop work. Mrinmoy came to Calcutta Rescue in 2015 when he could not afford the medicines. The CR team at Urban DOTS cared for him and the following year he was cured. But his happiness did not last very long when his symptoms returned in 2017. This time his TB was more dangerous because the usual medicines failed to cure him. "I was heartbroken. I thought I was cured. But just in a matter of a year I fell sick with the same disease again," Mrinmoy said.

Mrinmoy lives with his wife and two kids. All of them were dependent on him. "My kids were in school and I wasn't financially able to help them with their studies." With no monetary help from anyone, Mrinmoy's wife started tutoring neighbouring children for a little income. "I had lost all hope and was ready to die. I stopped going to doctors and taking medicines" said Mrinmoy. But his family motivated him to restart treatment at Calcutta Rescue which provided him with regular motivation and counselling as well as the powerful drugs necessary to beat drug-resistant TB. It has been a long road but by the end of last year, Mrinmoy was completely cured. "I thank Calcutta Rescue for continuously staying by my side during these tumultuous years. They gave me mental strength and helped me take medicine. Thanks to them I am now cured. Now I want to start work again and take care of my family.” 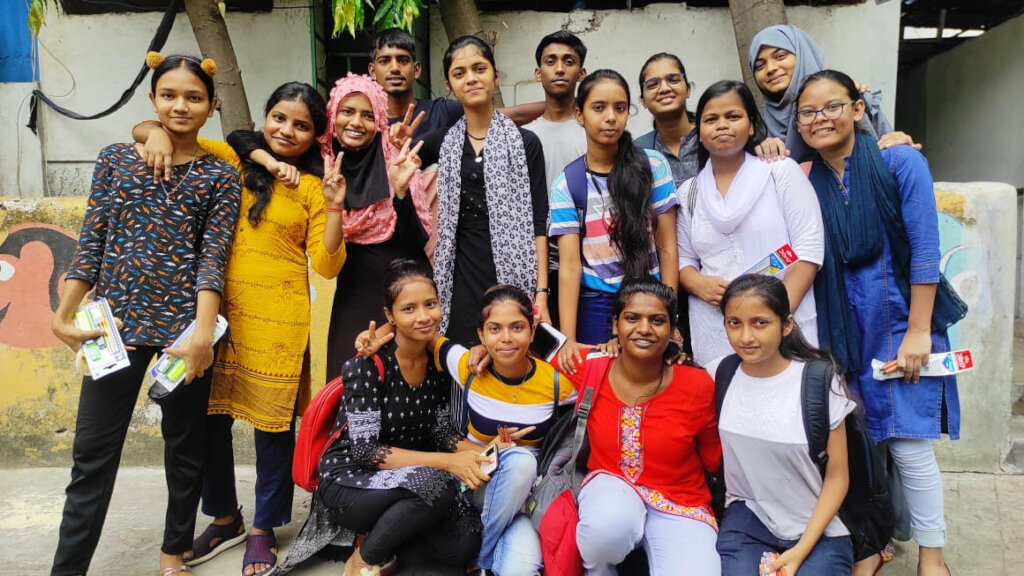 Project Leader:
Priya Ghosh
Kolkata, West Bengal India
$280 raised of $1,000 goal
You last donated to this project on
16 donations
$720 to go
* Amounts in US Dollars
Donate Now
Donate once
Donate monthly
$10
USD
Help a child to get a new uniform so that he/she can regularly attend school neat and clean
›
$12
USD
Help 3 children to have their health checkup and thus stay healthy
›
$13
USD
Help 3 patients with their medicine and nutritional supplement, thus controlling poor health outcomes
›
$14
USD
Help a child with books, stationeries and other infrastructural support for a month, thus creating better opportunities
›
$15
USD
Support wound dressing costs for patients for a day-helping wound management in vulnerable population
›
$20
USD
Help to carry out street medicine programme in a slum for a day, thus reaching out to the unreached
›
$33
USD
Help a child to attend school, have 2 nutritious meals daily and half yearly health check up, thus ensuring a happy childhood
›
$66
USD
Help supply medicine for 2 months to 2 slum areas through street medicine van
›

Donating through GlobalGiving is safe, secure, and easy with many payment options to choose from. View other ways to donate
Calcutta Rescue has earned this recognition on GlobalGiving:

GlobalGiving
Guarantee
Donate https://www.globalgiving.org/dy/cart/view/gg.html?cmd=addItem&projid=55932&rf=microdata&frequency=ONCE&amount=25
Please Note
WARNING: Javascript is currently disabled or is not available in your browser. GlobalGiving makes extensive use of Javascript and will not function properly with Javascript disabled. Please enable Javascript and refresh this page.