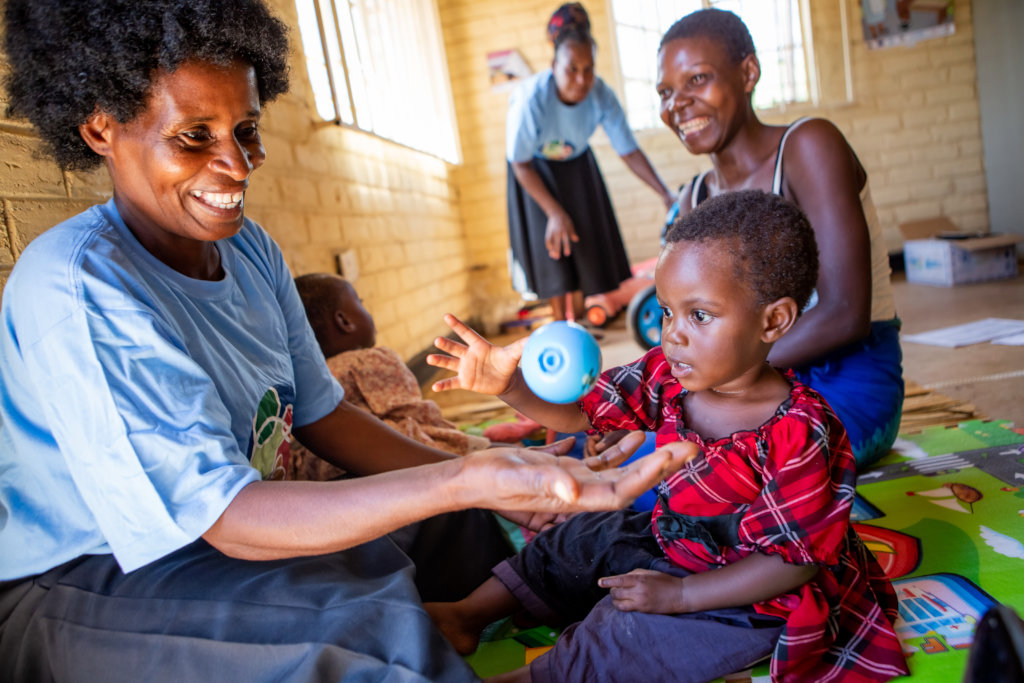 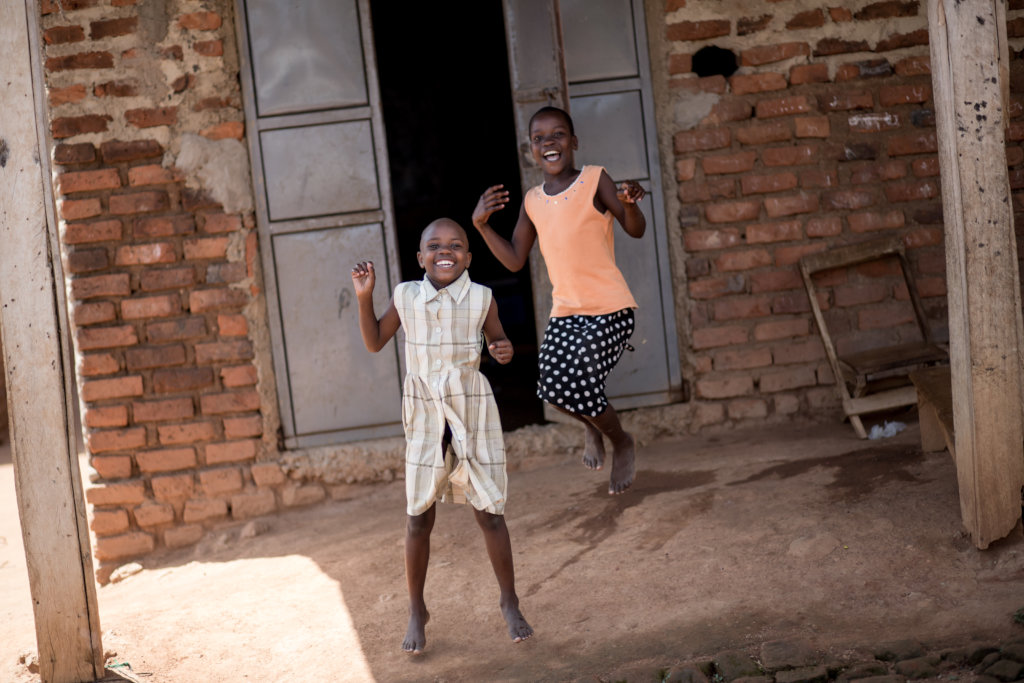 Amplifying the Voices of Girls and Women 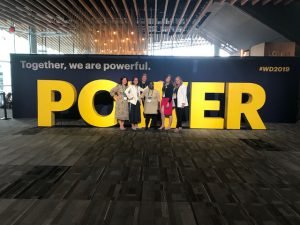 The m2m team at Women Deliver.

Last week, mothers2mothers (m2m) joined forces with other organisations and individuals committed to achieving equality for girls and women at Women Deliver—the world’s largest conference on gender equality and the health, rights, and wellbeing of girls and women, which took place in Vancouver, Canada.

One of the issues we were delighted to see discussed repeatedly at the conference was whether community health workers (CHWs), such as our Mentor Mothers, should be paid for their efforts. These discussions followed on the heels of a resolution approved by delegates at the World Health Organization’s World Health Assembly recognising that CHWs have a key role to play in delivering primary healthcare and that “investing in CHWs generates important employment opportunities, especially for women.”

m2m was founded in 2001 on the belief that Mentor Mothers should be paid and, since that time, we have created more than 10,000 jobs for HIV-positive women as CHWs in sub-Saharan Africa. Emma France, m2m’s Global Development and Strategic Engagement Director, pressed the issue at a session hosted by the Pfizer Foundation, saying: “We believe it is critical to women’s status, to all of the things this conference stands for, that women are paid. Is this not the time to pledge an end to the expectation that the most vulnerable women aren’t paid?”

As well as participating in important conversations, we also had the opportunity to share our work and impact with individuals from around the globe at our booth in the busy exhibition hall. We demonstrated how the theme of the conference—power, progress, change—is reflected in our work. More specifically, m2m believes in the power of the women we employ as Mentor Mothers. These women are making progress in the fight for better health, especially against AIDS, with the achievement of virtual elimination of mother-to-child transmission of HIV among our enrolled clients for four years in a row. And they are achieving positive change in the health and wellbeing of the women and families by supporting them to access vital, lifesaving medical services and stay in care.

Among the other highlights, m2m Spokeswoman Nozi Samela spoke on two panels. And a film featuring four m2m Mentor Mothers—produced by Elisa Gambino of One Production Place and funded by Johnson & Johnson—premiered at Women Deliver’s Film Festival.

We asked Nozi to share her highlights of the conference:

Q: What was the highpoint of the Women Deliver conference for you?

The highpoint for me was seeing how many organisations around the world are engaged in different activities to reach one goal—ensuring that women and girls all over the world have equal opportunities.

I met incredible young women at the conference who are not just the future of our world, but are having an impact today and we need to recognise that. I really loved it when Natasha Wang Mwansa, an 18-year-old Zambian activist who spoke during the Opening Plenary, said that women don’t need to be empowered, but instead they need the world to amplify their voices. They already have powerful voices, but they need to be heard.

I also realised that I’m now part of the older generation, not part of the youth. I’m happy to know that there is another crop of empowered young women who have already stepped into our shoes. That made me become further committed to ensure that their voices are heard one way or another.

Q: What are some of the interesting things you learned?

I had the opportunity to learn what other organisations are doing and how we could use some of their experiences and learnings to better shape our programmes. One of the organisations I met makes menstrual cups for girls and women, which are reusable alternatives to tampons and pads. I’ve already had conversations with some of our team on what we could do to make menstrual health part of our programme.

Q: You spoke on two panels. Tell us about what stood out for you on the panel about how person-centred and respectful care can improve maternal health?

In the discussion I participated in, women from different parts of the world talked about their experiences giving birth. It was humbling to hear what other women went through during pregnancy and birth and how similar our experiences are, especially when we don’t have all of the information we need. I talked about how having support from m2m Mentor Mothers, who are women also living with HIV, enabled me to be an assertive person in the labor ward. That helped me make sure my voice was heard and that I got the information and treatment I needed given my status and my child got the best possible start to life.

Q: What was your key takeaway at the second panel you participated in on the challenges facing girls and women at every stage of life and investments that can have positive impacts on their health?

One of the interesting things I learned on this panel is that while we in global health focus in large part on children, young people, and women of reproductive age, we often forget about the health needs of older, post-menopausal women, who are leaders in our communities, helping to make sure they thrive.

The investment I talked about is employing community health workers, like m2m Mentor Mothers, to help girls and women access health services. African women should not have to take time away from their families working as unpaid community health workers. They have to be paid so they are valued as much as other members of the health team, and are also held accountable to achieve great results.

Q: How was the premiere of the film on m2m?

That was the part of the conference that made me most emotional. I was part of the production of that film from the very beginning, and it was wonderful to see it shown to people from all over the world. We couldn’t bring the South African Mentor Mothers to the conference, but their voices were heard through the film. Films are a great tool to amplify voices and I was so proud to that the powerful voices and inspirational stories of these four Mentor Mothers could be heard at this important conference. 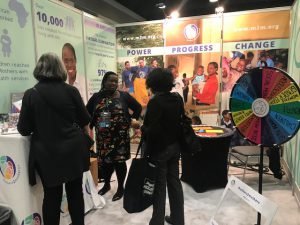 m2m's booth in the exhibition hall. 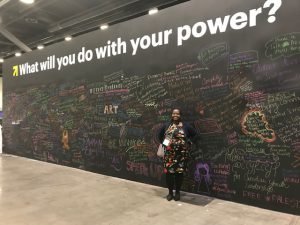 Nozi Samela in the exhibition hall. 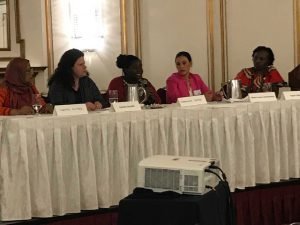 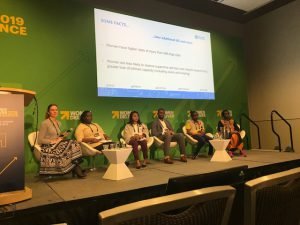 Nozi Samela and other speakers on the WHO panel. 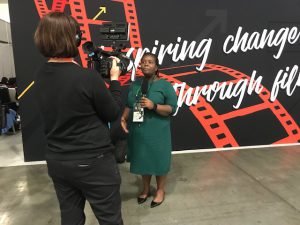 Donating through GlobalGiving is safe, secure, and easy with many payment options to choose from. View other ways to donate
mothers2mothers has earned this recognition on GlobalGiving:

GlobalGiving
Guarantee
Donate https://www.globalgiving.org/dy/cart/view/gg.html?cmd=addItem&projid=39690&rf=microdata&frequency=ONCE&amount=25
Please Note
WARNING: Javascript is currently disabled or is not available in your browser. GlobalGiving makes extensive use of Javascript and will not function properly with Javascript disabled. Please enable Javascript and refresh this page.