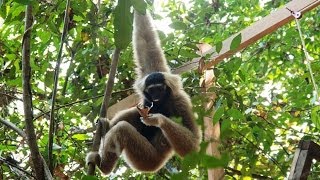 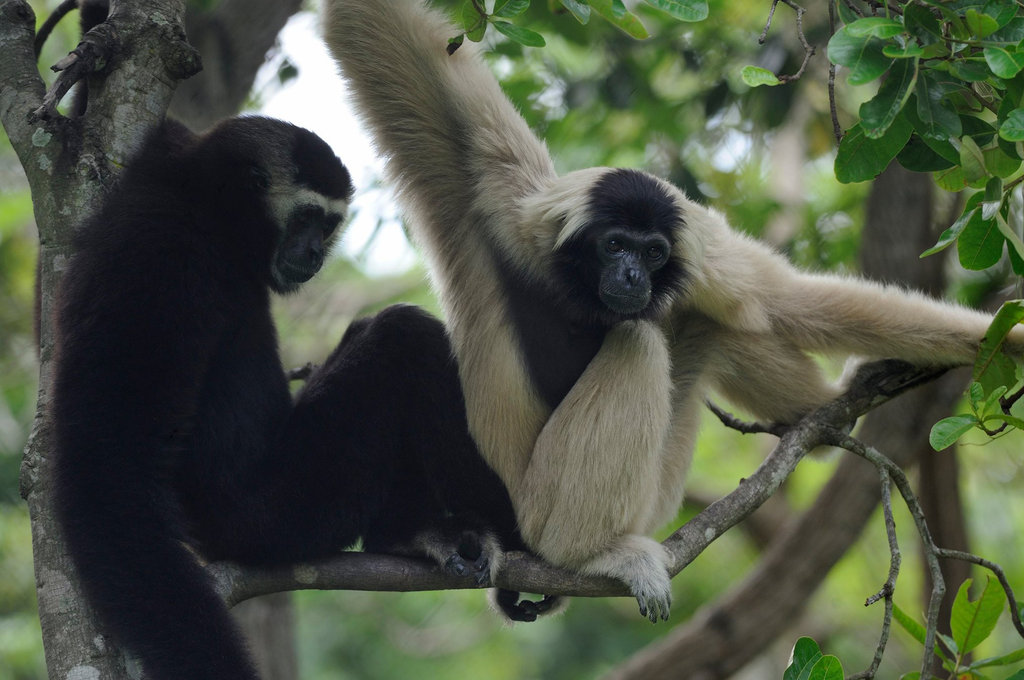 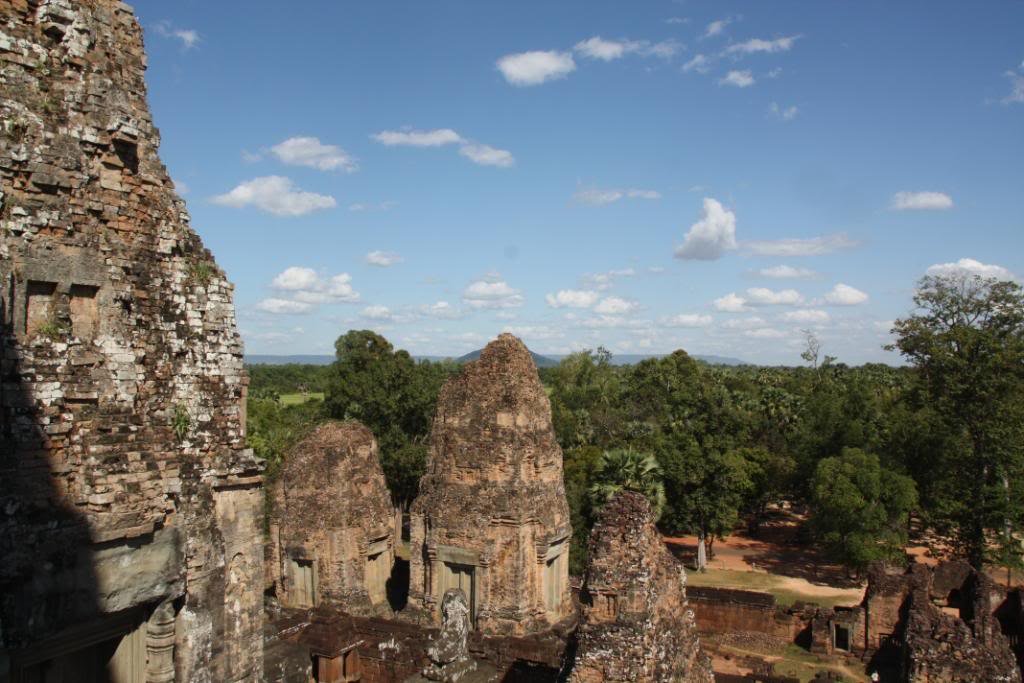 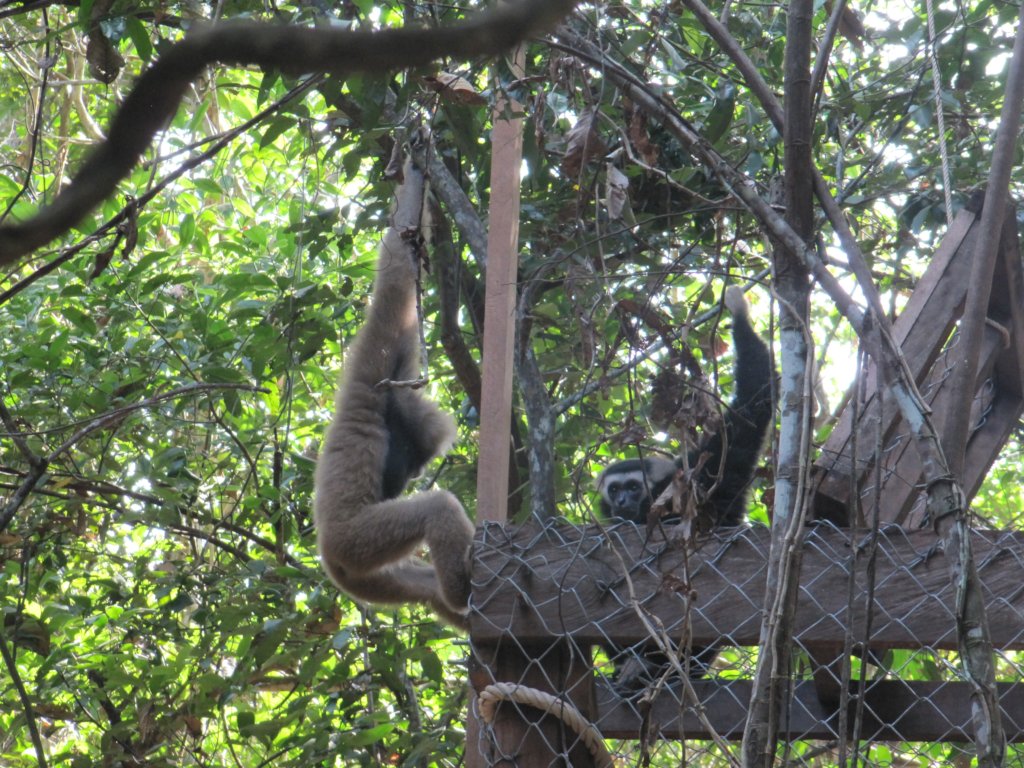 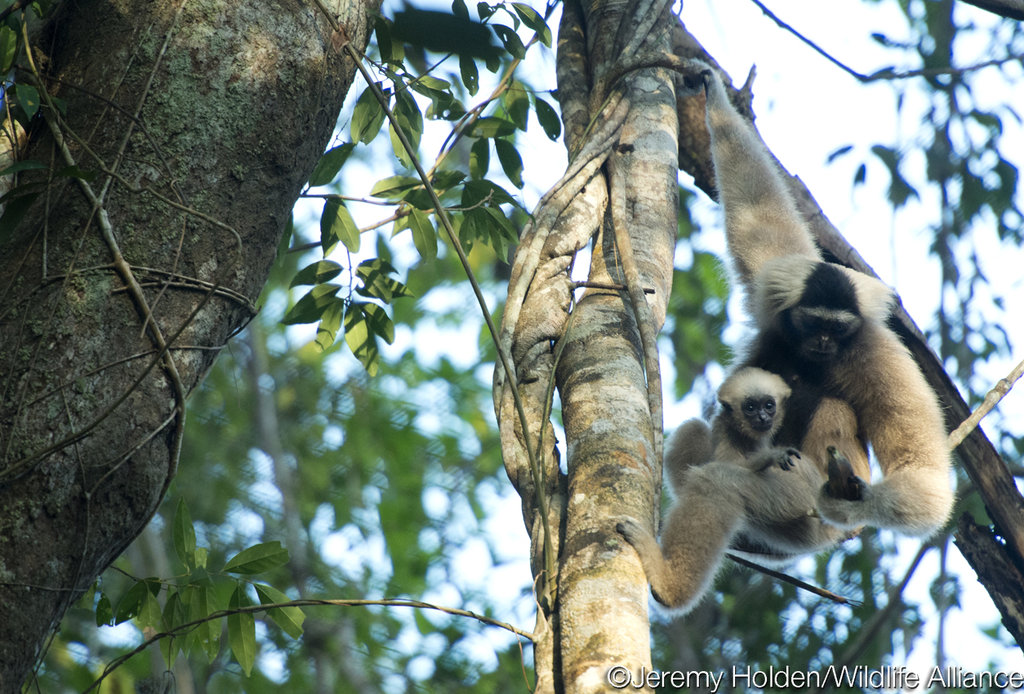 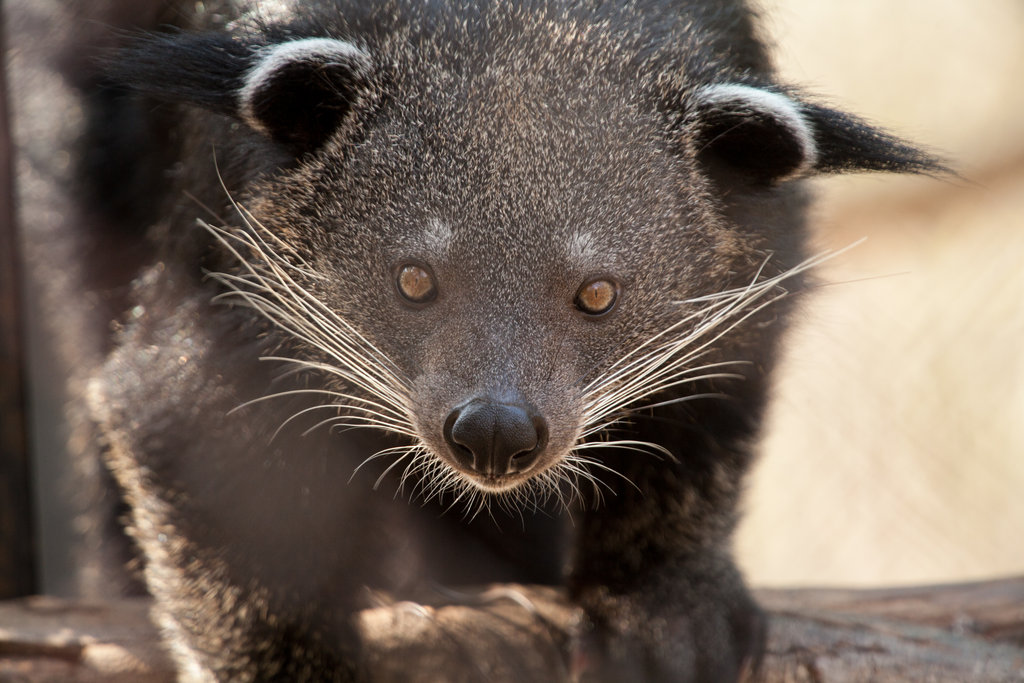 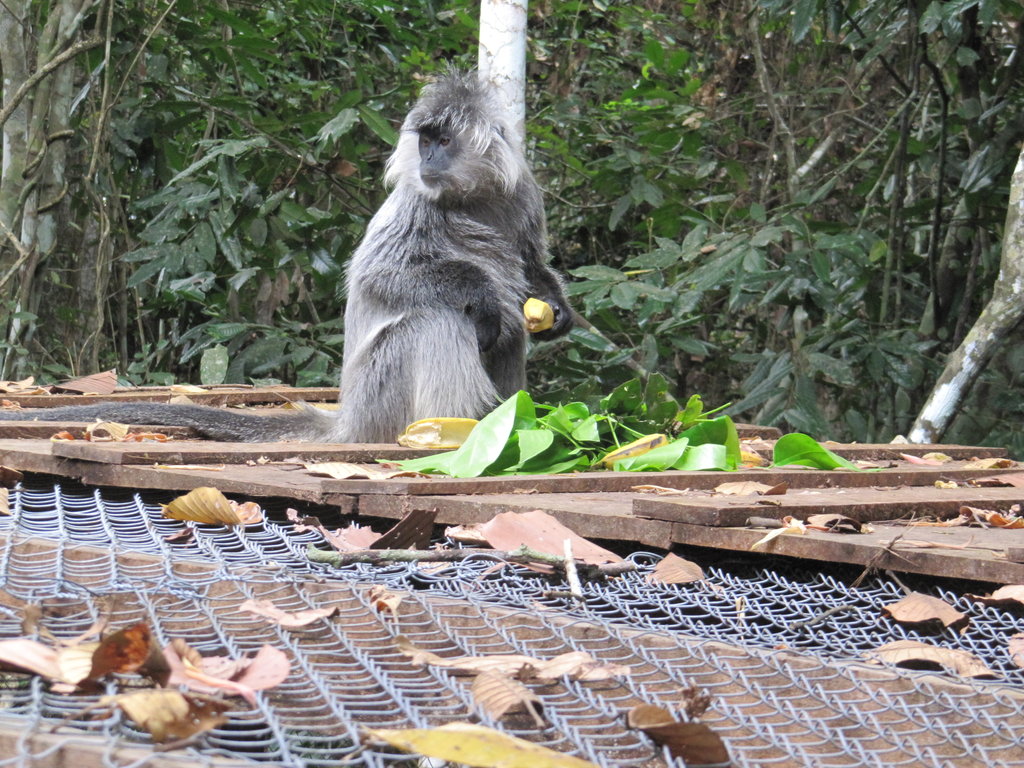 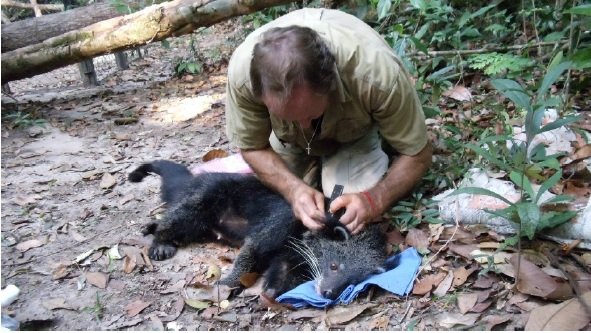 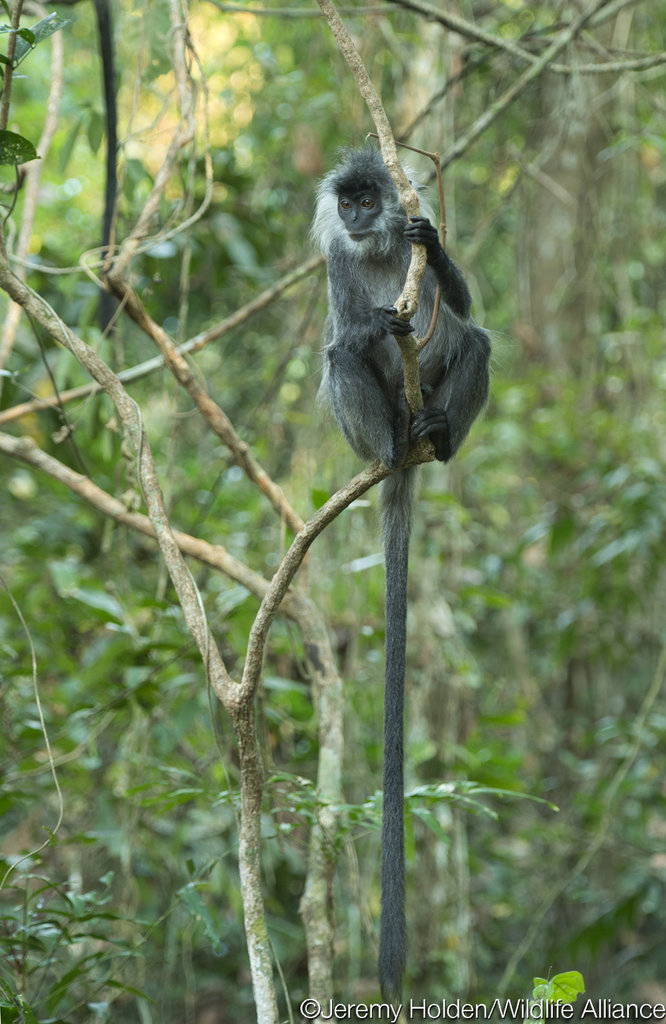 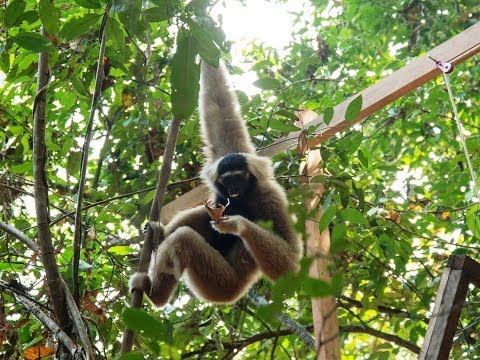 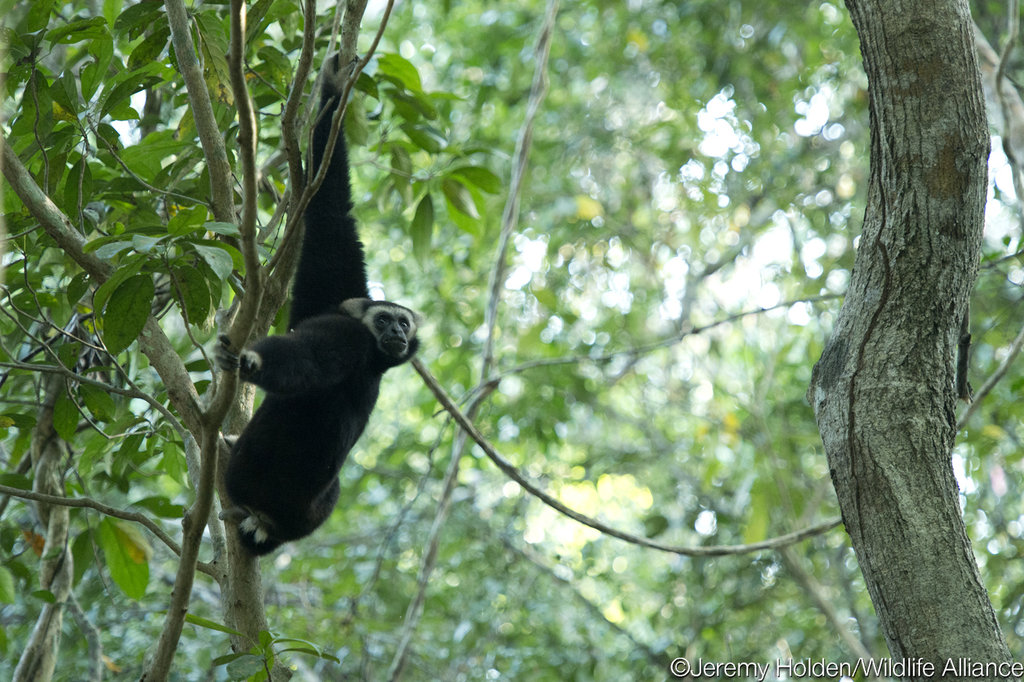 We are excited to announce, that on June 30, 2015, a second pair of endangered pileated gibbons was successfully released into the forest surrounding the Angkor Temple Complex in Siem Reap, Cambodia. The two gibbons, Bayon and Tevy, spent 11 months in their release enclosure to ensure the pair was closely bonded and fully acclimated to their new surroundings before their release. Bayon, the male, was brought to the rescue center as an adult wild animal, and Tevy, the female, was born at Phnom Tamao Wildlife Rescue Center. Watch their exciting release here.

This is the third release at Angkor, and we are thrilled with the results so far. In 2013, the project was initiated with the release of two endangered pileated gibbons. This first pair of gibbons quickly adapted to their new life, and even had their first baby in October 2014! The birth signified the triumph of this unique reintroduction program and in December 2014, a trio of endangered silvered langurs was also released. It is our hope that this monitored release program will help raise awareness and safeguard the future of all these endangered animals. Guards have been stationed to protect the forest, and the gibbons and langurs will continue to be monitored to ensure they thrive in their new home.

The Angkor Release Project is an ambitious and exciting program that aims to bring expatriated wildlife back to the forest surrounding the Angkor temple complex. This historic site was once a vibrant forest until excessive hunting decimated wildlife populations. Since becoming a UNESCO World Heritage site, this barren jungle is now well protected and suited for wildlife. This reintroduction program is the first of its kind in Cambodia, and we are grateful to have been given permission from the Cambodian Forestry Administration and the Apsara Authority that manages the site, to reintroduce species that once lived in this area.

Thank you for your support, we hope you will continue to donate to this important project! For over a decade now, Wildlife Alliance has been a leader in wildlife conservation, rescuing over 62,000 animals from the illegal wildlife trade, rehabilitating over 20,000 wounded victims and reducing the wildlife trade in Cambodia by 75%. Joining forces with Apsara and the Forestry Administration signals a renewed impetus to protect Cambodia’s natural heritage. 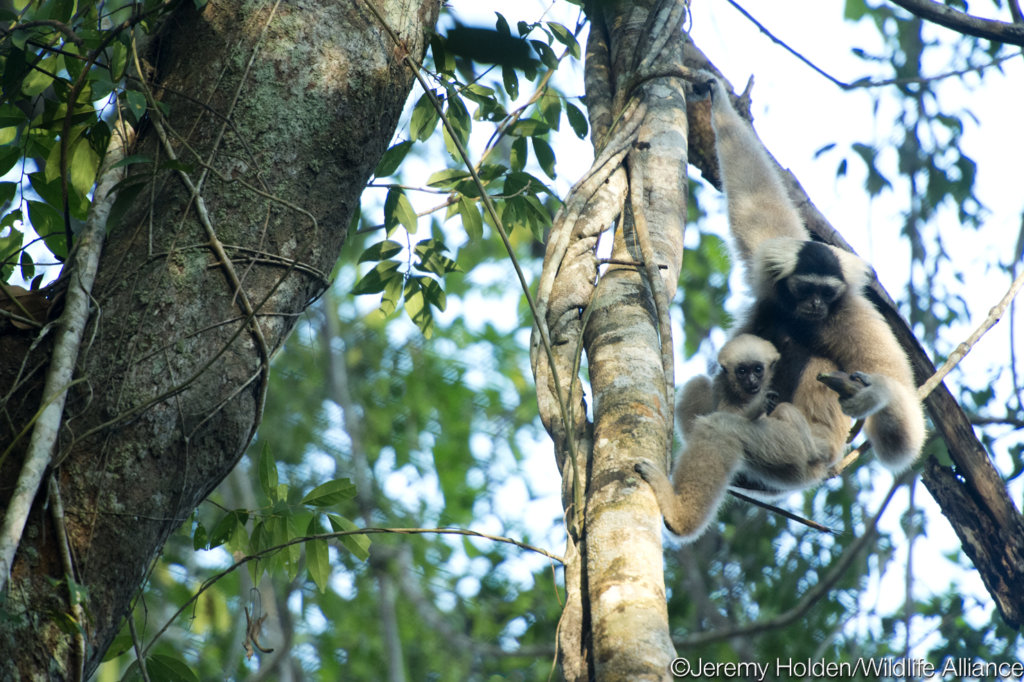 First pair of gibbons with their growing baby! 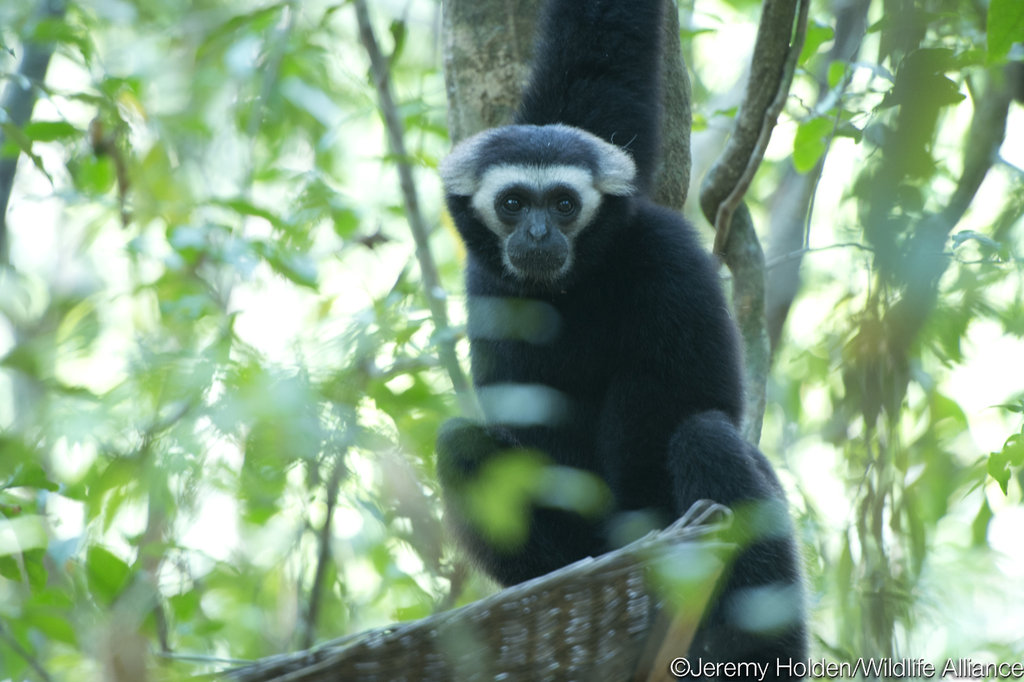 This program is critical to saving this species

GlobalGiving
Guarantee
Donate https://www.globalgiving.org/dy/cart/view/gg.html?cmd=addItem&projid=20030&rf=microdata&frequency=ONCE&amount=25
Please Note
WARNING: Javascript is currently disabled or is not available in your browser. GlobalGiving makes extensive use of Javascript and will not function properly with Javascript disabled. Please enable Javascript and refresh this page.