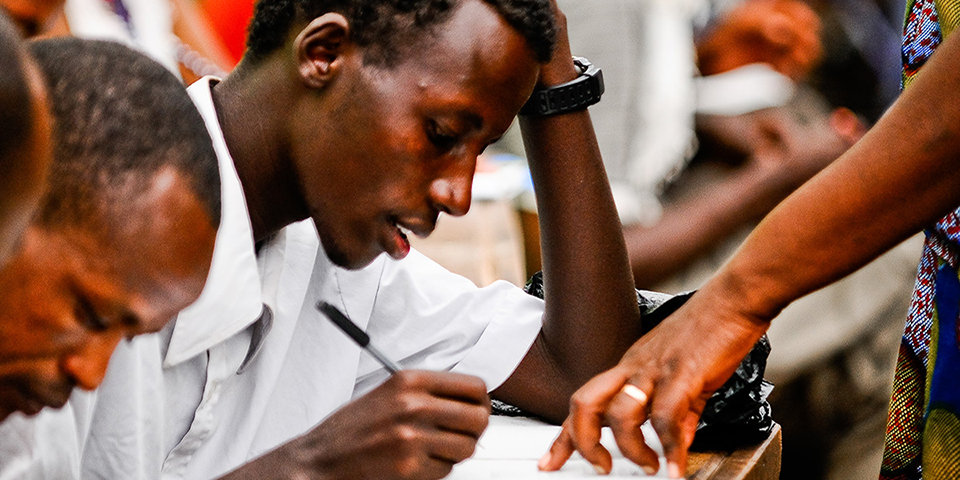 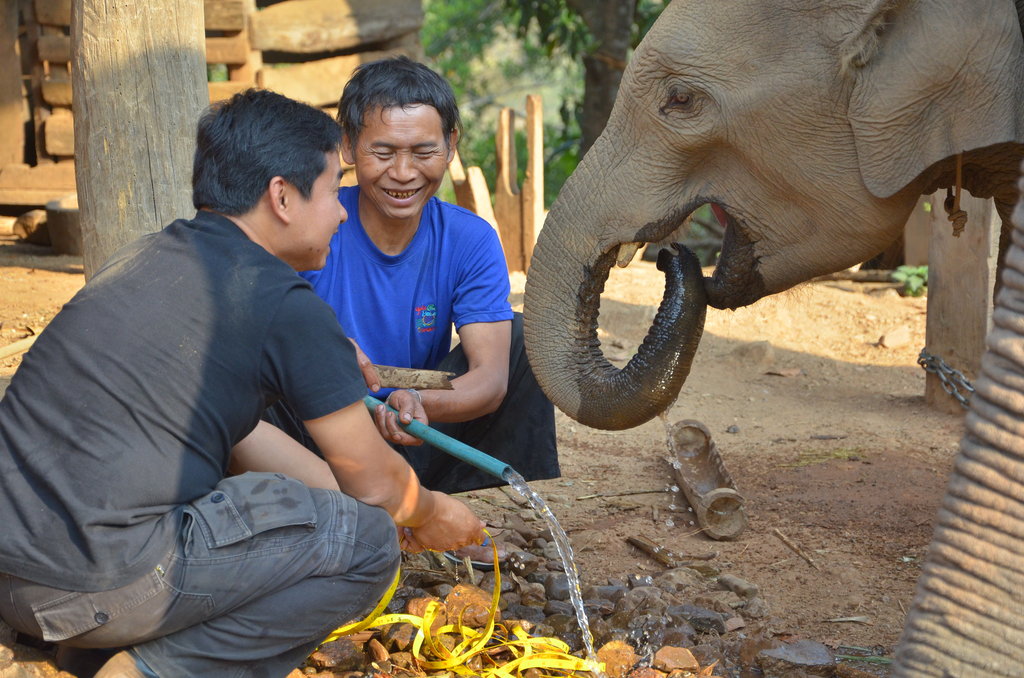 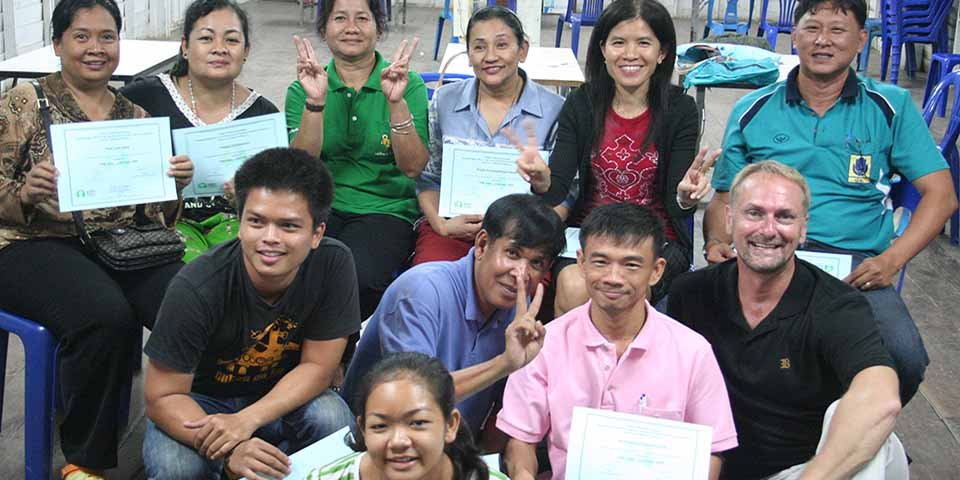 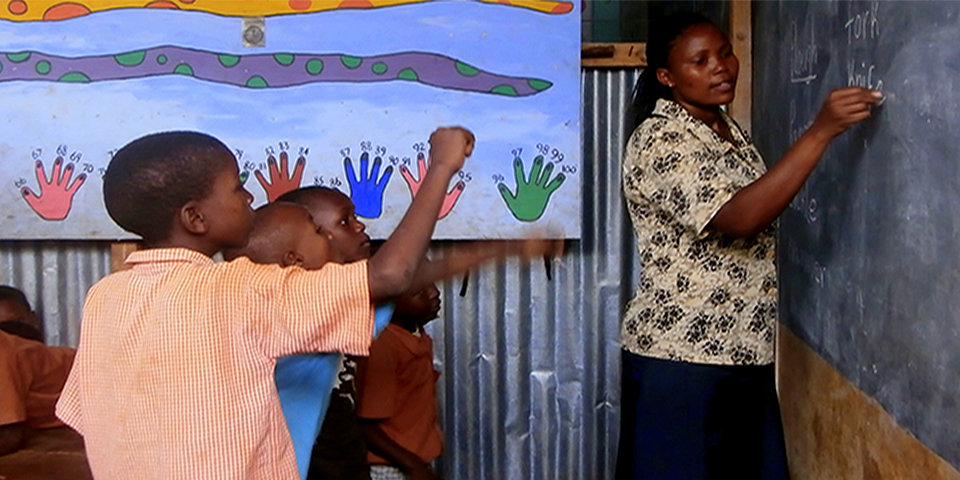 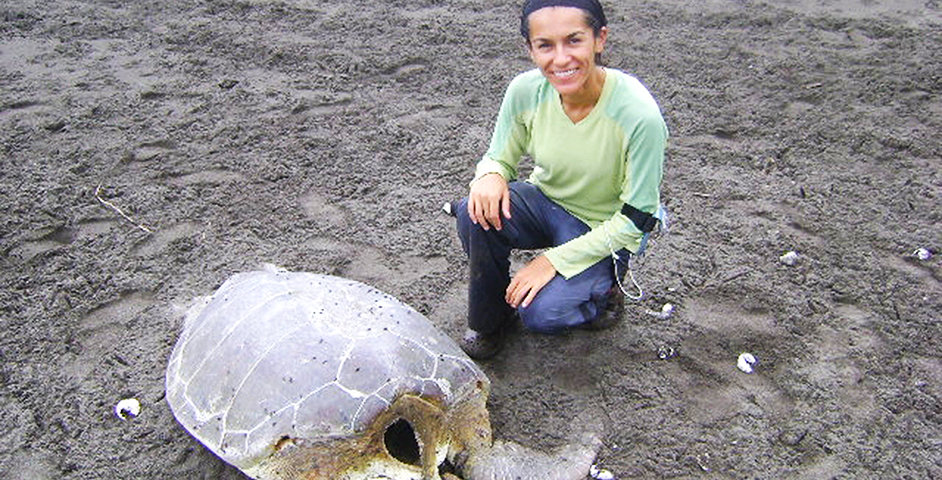 In the last quarter I have really noticed a significant difference in Kimyi. He has really embraced his role as Community Liaison Officer, and is such a crucial part of our team. We recently celebrated him reaching a year of working with us and the heartwarming messages written in his card by volunteers just showed how Kimyi really makes our programme strong.

When I started working with us, Kimyi was straight away very kind towards me, and would daily tell me interesting things about his country. He was though quite quiet around volunteers. I used to encourage volunteers to go to Kimyi for advice with their lesson planning or if they wanted to further their knowledge on Cambodia, and from this I could see how Kimyi started to gain confidence in leading the volunteers. Being a confident leader is definitely something that I have seen Kimyi work on in the past few months, and it is wonderful to see the difference it has made. Not only is Kimyi working incredibly well with volunteers, strengthening their abilities with his knowledge, but also Kimyi seems to be a lot happier.

He comes into work ready to go, and straight away you can see the volunteers gravitate towards him to chat and get ready for lessons with him. Not only does he get to know their abilities and strengths in teaching, but he also gets to know them personally which really adds to the family feel our programme has.

I have recently talked to Kimyi about his ambitions for the future, and he told me how he has already achieved his ambition of becoming a teacher trainer. However he does have another dream, to open his own school! It is very expensive to be able to do this, but it is great to see Kimyi striving for even more as he always works so incredibly hard. Not only does he have his job with us, but he is a teacher trainer and then spends his weekend in Phnom Penh studying to improve his qualifications.

On another occasion Kimyi told me how we have helped him so much with his English language capabilities. He feels like his speaking abilities have strengthened, and in the past month he has started to ask every day about new words. He wants to broaden his vocabulary so is always asking us to explain certain words, and often asks for advice about how to phrase different sentences. It is wonderful to see him really try and develop himself on a daily basis. Kimyi really does brighten a day and it is a pleasure to work with him.

Growing from strength to strength

As our Community Liaison Officer, Kimyi is responsible for our primary contact with the community. Communicating through various forms of media and in person with key contacts at different institutions, Kimyi is now responsible for discussing various topics including students' progress, cancellation dates and potential workshops with many different partners. From this Kimyi will learn how to communicate as the employee of an NGO working with many different organisations, as well as develop his organisational and logistical skills.

Kimyi was also keen to become more involved in curriculum development within the hub, and as such he is now responsible for generally improving our curriculum as well as adapting it to be more accessible and relevant to Cambodian students. Kimyi has a Masters degree in Curriculum Development and as such this responsibility as perfectly suited to him and will provide him with the opportunity to put his academic knowledge into practice.

Kimyi has been given many trainings over the past three months including a 120 hour Teach English as a Foreign Language (TEFL) course, as well as project management trainings and talks about volunteer management. We have seen Kimyi grow professionally through these trainings, taking on more responsibility in classes, in planning and with general hub maintenance

Since November, we have had the pleasure of working with Kimyi Yong, an experienced teacher and trainer in Kampong Cham. In the last three months, we have worked closely with Kimyi to utilise his strengths and allow him to reach his potential.

In the last three months we have begun many projects which have been driven by our GVI Trust funded National Scholar, Kimyi Yong. Together we have begun a Girls Power Club focusing on improving confidence in young women across the area, which Kimyi has organised and facilitated since its beginning in February 2019. Kimyi has facilitated classes ranging from CV writing to Inspirational Women. Such diverse topics have broadened the minds of both our students but also enabled Kimyi to take these new concepts into other areas of his life- with his family and friends.

The GVI Trust has made partnerships with the Kampong Cham Teacher Training Centre and the University of Management and Economics which have been enabled by Kimyi’s explanation of our work and facilitation of these introductions. We have now led workshops in these spaces, with over 100 participants at each event. Most recently, Kimyi facilitated an event based on Domestic Violence - in which the province of Kampong Cham has one of the highest rates.

The funding from the trust has allowed Kimyi to work, learn and teach for nearly six months now. The progress and confidence displayed over this time is exceptional and we aim to work with more local community members in the future.

Moving forward, The GVI Trust would like to employ a National Scholar full-time, to ensure that our projects continue to be driven by the insight and understanding of locals. Kimyi has provided us with an understanding and knowledge we could not gain, and we have in turn ensured he receive training, qualifications and teaching experience. To be able to do this with other local community members is our next step and this is what we will be fundraising for in 2019.

Our next fundraiser will be dedicated to raising funds towards a new national staff member position, given our success with Kimyi. Stay tuned!

In December, Kimyi, Cambodia's first National Scholar, recieved EFR funded by the Trust. This saw Kimyi travelling to the capital and undertaking a one day course that was provided in Khmer to make sure Kimyi was able to devote his full attention to the content of the course, rather than simultaneously translating and learning. Kimyi found the course thoroughly fulfilling and as a hub we have had many conversations about the content as Kimyi is keen to talk through it them.

Aside from EFR training, Kimyi has continued to gain experience teaching English through use of the communicative approach GVI employs. Kimyi is keen to learn theory across the board and took great pride in reading the EFR book. He has also mentioned that he is interested in the theory behind our leadership course - an option for the next few months for Kimyi to learn alongside our interns.
Now fully trained, Kimyi has also been given the responsibility of independently teaching classes and duty of care. This responsibility allows Kimyi to further his leadership and organisation skills. Additionally, Kimyi has been given further responsibilities liaising with local teachers and providing translations for written resources for students.
We are very proud of Kimyi and look forward to all the opportunities 2019 holds.
With Gratitude,

Education is a Basic Human Right!

The GVI Charitable Trust National Scholarship Program provides opportunities for students and adults in local communities and organizations around the world.

Educational Scholarships are such an important part of this process. Education is a basic human right although sadly many people do not get the opportunity to learn. We have worked alongside many inspirational students and had the privileged to watch them grow and develop into leaders and your donations play a massive part in transforming these lives.

We thank you for your continued support in 2018!

GlobalGiving
Guarantee
Donate https://www.globalgiving.org/dy/cart/view/gg.html?cmd=addItem&projid=8321&rf=microdata&frequency=ONCE&amount=25
Please Note
WARNING: Javascript is currently disabled or is not available in your browser. GlobalGiving makes extensive use of Javascript and will not function properly with Javascript disabled. Please enable Javascript and refresh this page.