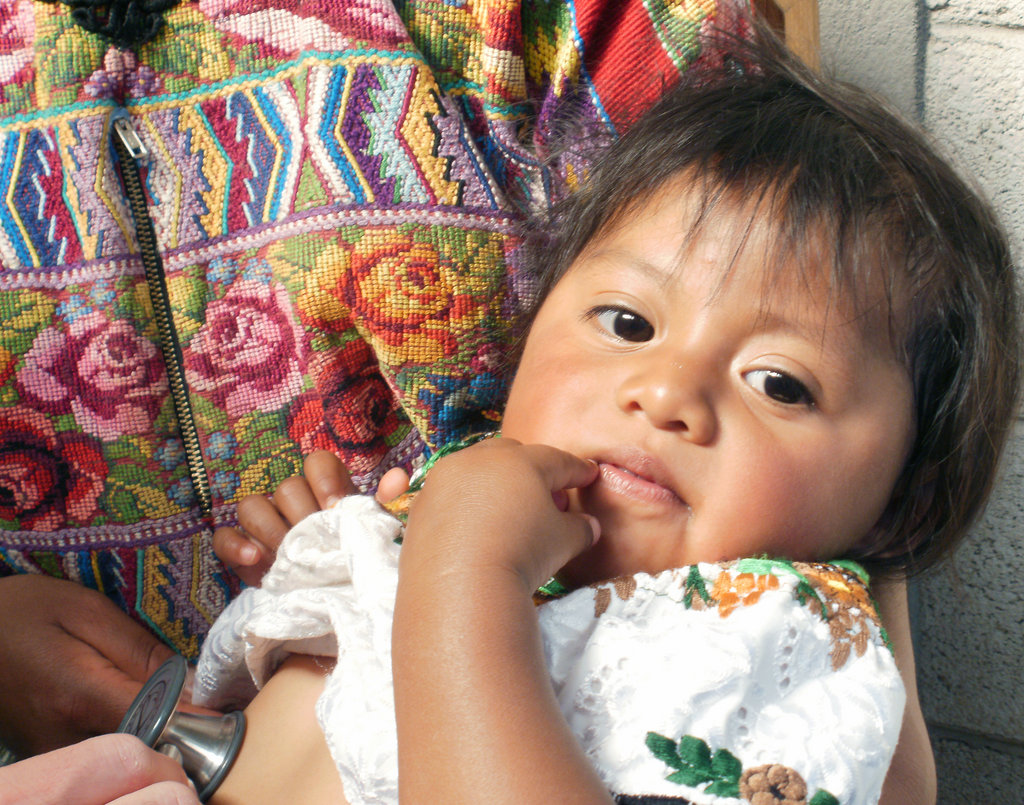 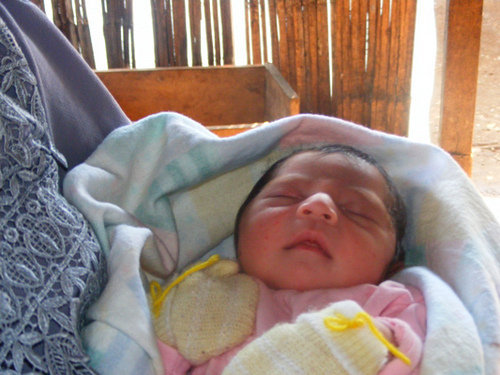 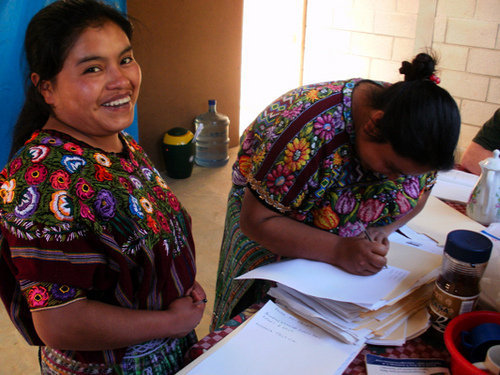 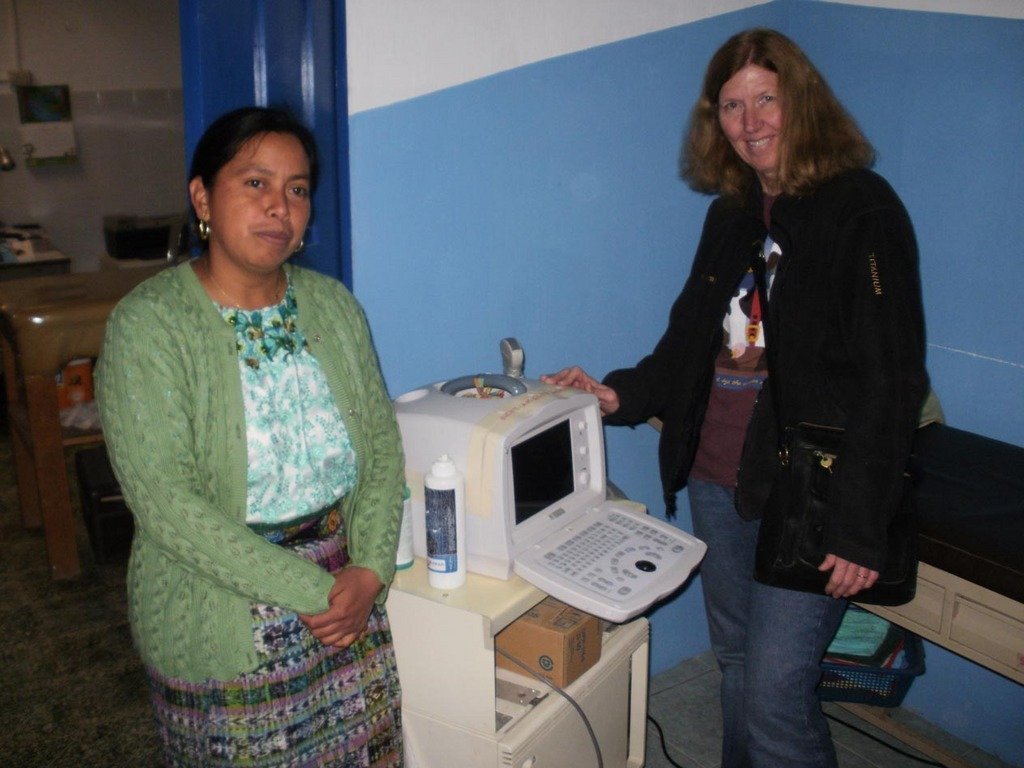 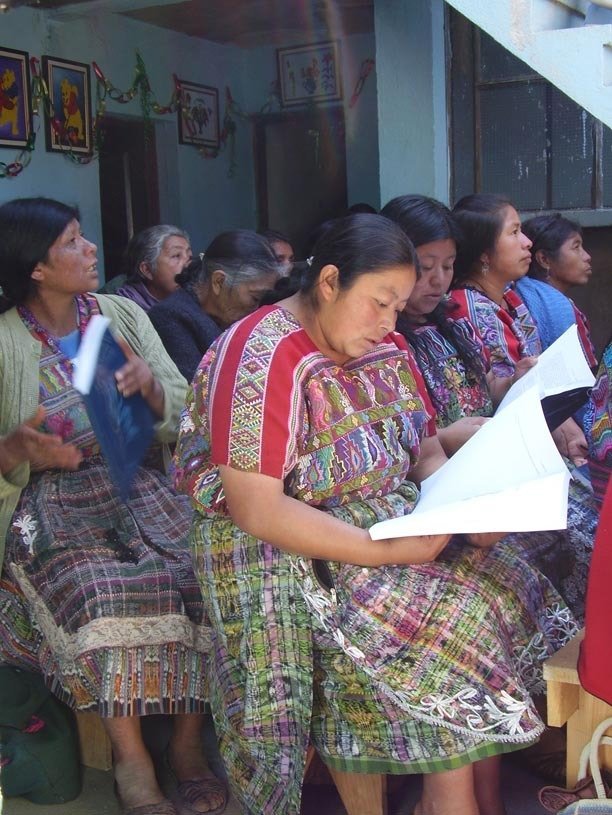 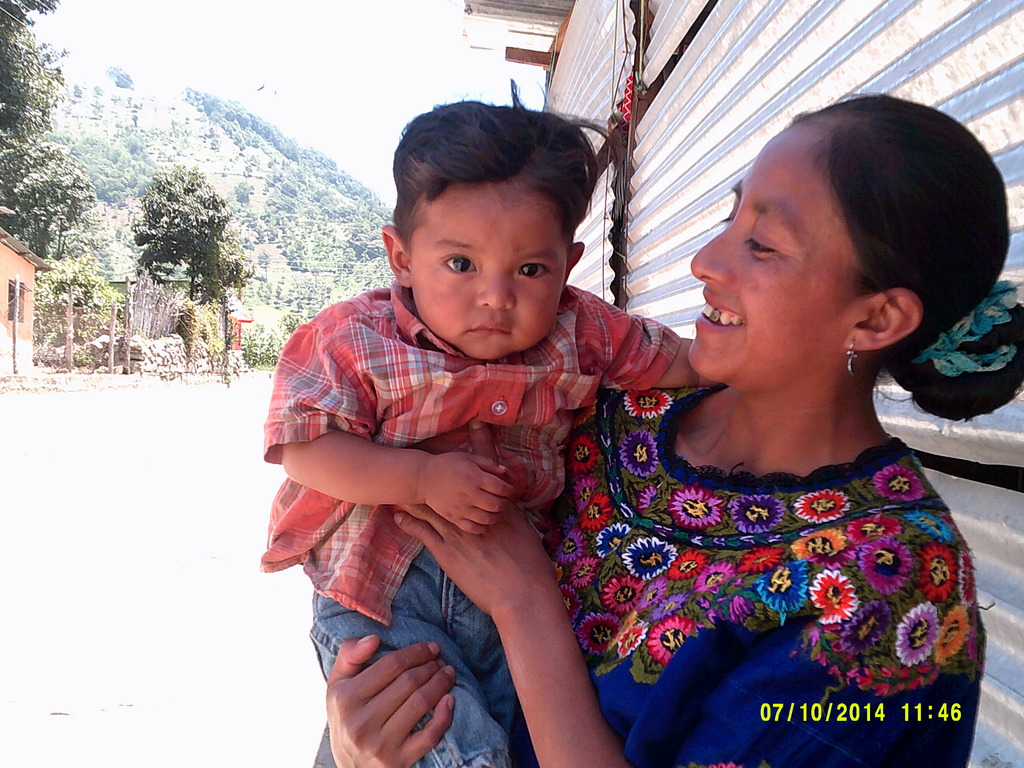 It has been an exciting several months. Together with our midwives, we have worked to develop a high quality training environment that provides continuing education and bolsters professional identity. The program is unique in many ways, but especially in terms of cultural sensitivity, Mayan language-fluent instructors, and the use of learning methods suitable to an adult low-literate audience.

The program has grown significantly and now provides training to midwives from five municipalities, providing health services to a catchment area of nearly 200,000 persons. As geographic scope has expanded, so has the projects reputation and authority.Our training program has gone very well and we were able to train 40 midwives in 2014 between January and June on how to manage emergency hemorraging situations for mothers. This directly saves mothers lives as hemorraging is one of the major reasons for maternal deaths.

Another important aspect of our work is data collection. Data collection with midwives and mothers helps us to understand the situations that mothers and midwives face during deliveraies and prenatal care. With this data we can better understand how to train our midwives and provide better services to our mothers.

We are very excited to report that prelimary data from interviewing 25 midwives, show that in 7 instances, the midwives were able to apply their knowledge they learned in training about hemorraging to save mothers' lives!

We are contintuing to collect data through December and we are excited to share more results with you in 2015.

Thank you for your continued support for our exciting work in rural Guatemala that is saving lives!

Please feel free to contact me if you have any questions at anne@wuqukawoq.org or check out our website: www.wuqukawoq.org

Wishing you safe and happy holidays, 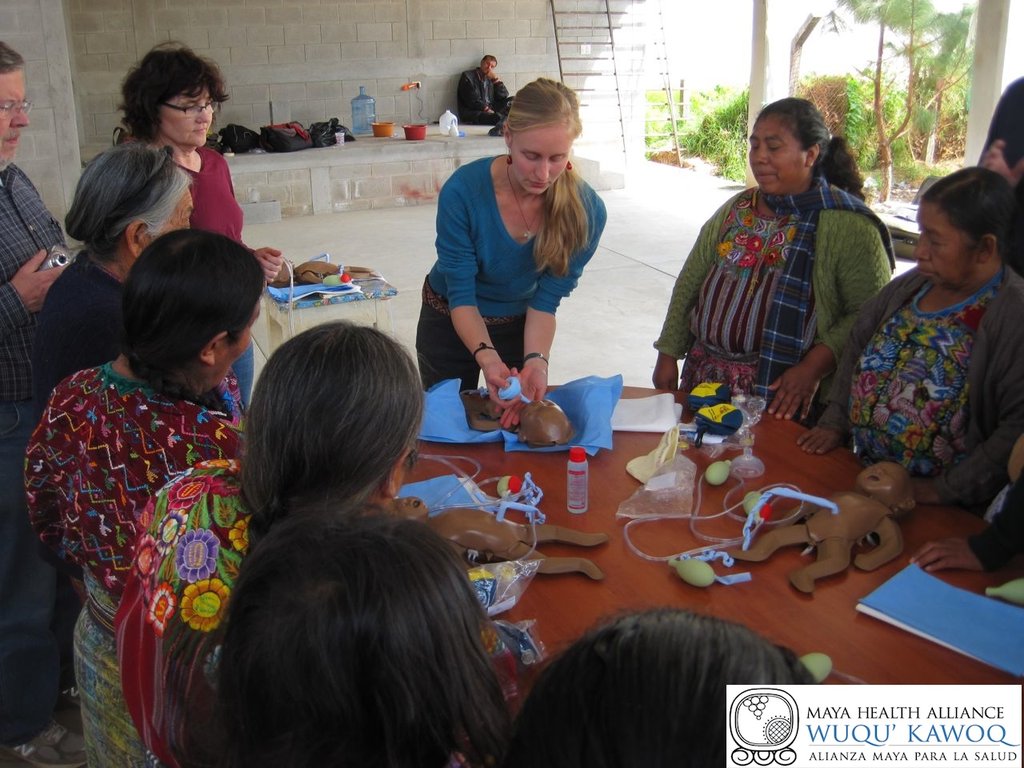 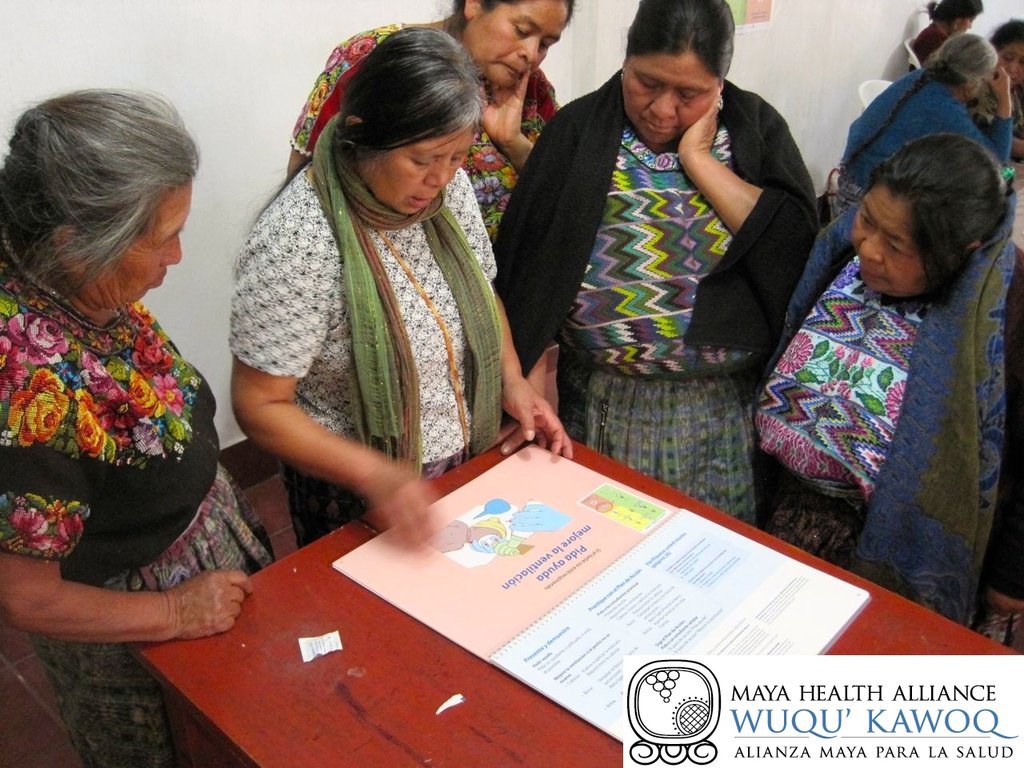 In rural Guatemala, the majority of women are not able to go to a hospital to give birth or many women prefer to stay at home and have a midwife. The majority of midwives are well trained and have a great deal of experience. They are often viewed as leaders in the community and provide new information and resources to their patients and other women in the community.

For over 7 years we have been collaborating with midwives in Guatemala and we have implemented several successful projects, including a continuing education program and curriculum, to teach practicing lay midwives about new themes in midwifery and to reinforce key skills, such as neonatal resuscitation; and community outreach programs to improve management of high risk pregnancies and newborn infants in rural outlying communities. We provide ongoing training to midwives who have been with us for many years and we are always open to training new midwives.

Recently, we provided training in neonatal resuscitation for 90 midwives and 30 of them who had never received the training before! It was a fun 3 days as we gathered together in different communities to spend 5 hours discussing the importance of the golden minute and how to do it, and then practivcing the life saving techniques. After each training we gathered together for lunch. We shared laughs and stories over chicken soup with delicious corn tortillas. 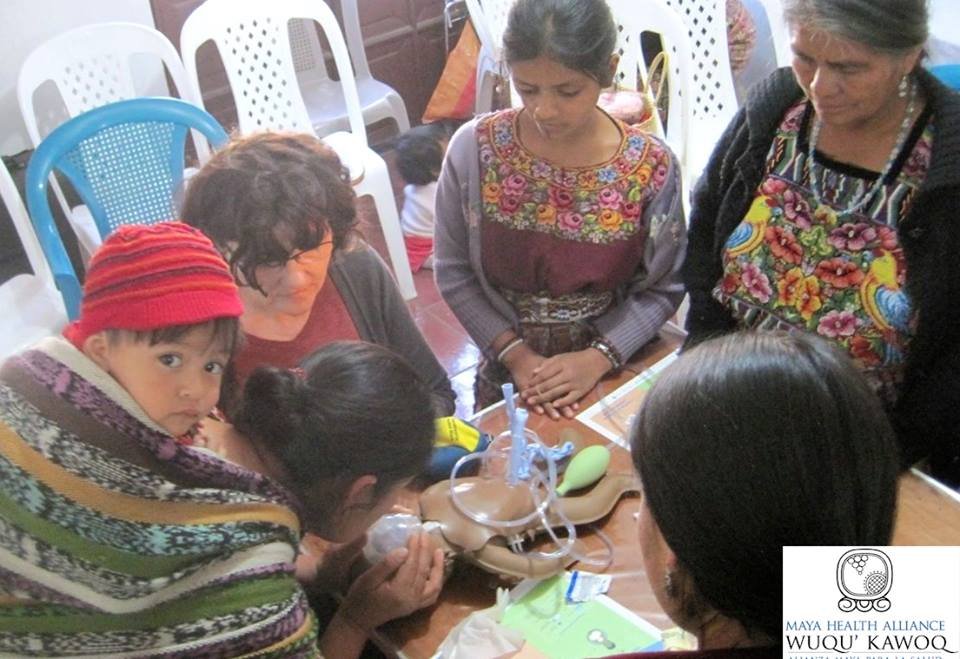 Fulbright Fellow Collaborating with the Midwives on Capacity Building 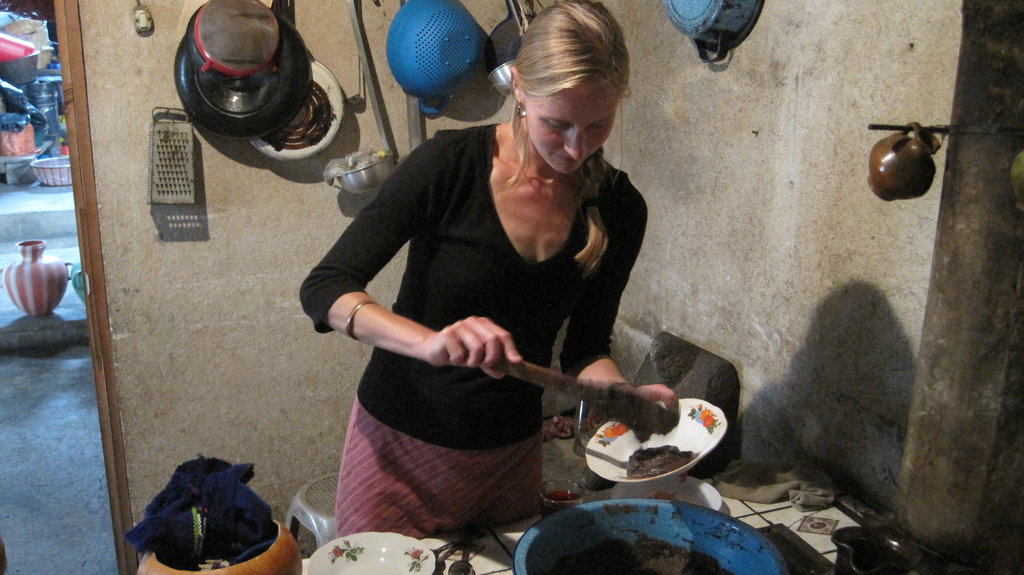 Since August, we have had the great fortune of having Nora, a 2013-2014 Fulbright Fellow, work with us. Nora is a fourth-year medical student at Mayo Medical School in Minnesota, and she will be with us through June 2014. Her focus is to build capacity for data collection and training with our midwives. When Nora arrived, she immediately began to learn Kaqchikel. Since then she has been working closely with the midwives to complete an evaluation of the midwives training curriculum, which is unique because of its respect for Mayan values—among other things, it is one of the country’s only traditional midwife training program conducted exclusively in an indigenous language.

After several months in Guatemala, Nora has gained a better understanding of the midwives’ work and role in their communities and she is currently working with them on their program’s efficacy and acceptability, to set the stage for future internal evaluation.

Below is a Field Report from Nora

Yesterday, I met up with Elvia, one of the lead midwives, and we went to a larger outlying community or aldea about half an hour away.

In the aldea, we met up with Romina, an elderly and smile-filled midwife. She speaks mostly Kaqchikel, so we were able to chat a little and work on my Kaqchikel. We saw four patients in their homes, spending nearly an hour with each. I mostly observed and listened to the rapid-fire, real-world Kaqchikel.

At one point, we saw a patient whose baby was in transverse lie (which likely won’t be a problem, since she was only about 32 weeks along). I asked Romina for the word for transverse lie in Kaqchikel.

“Kotz’ol,” she said, which literally means lying down. Logical!

Looking forward to another day. 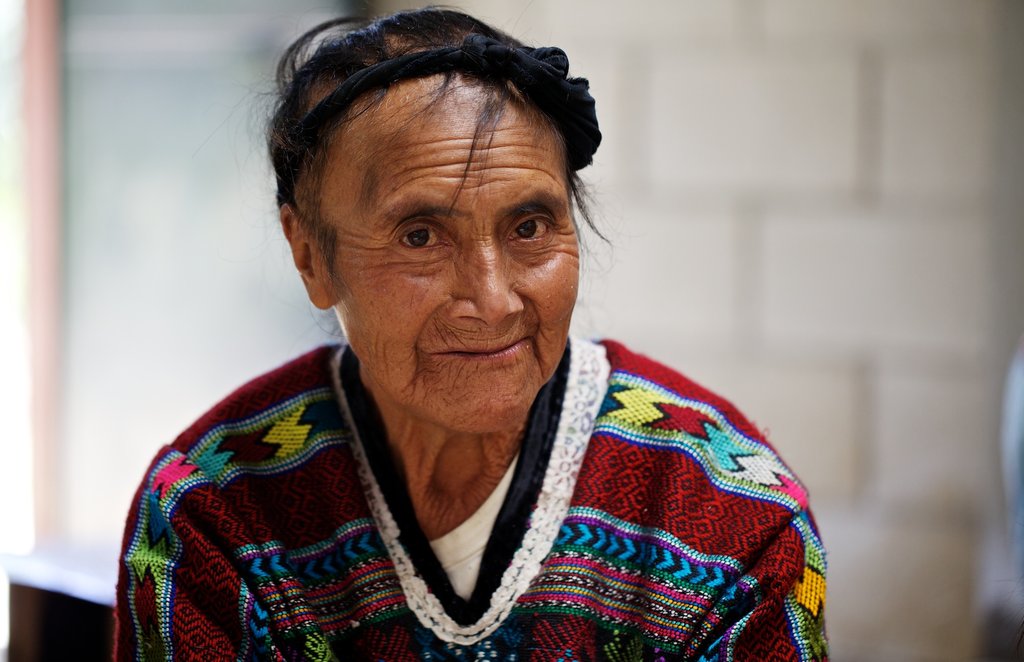 Health for all Women 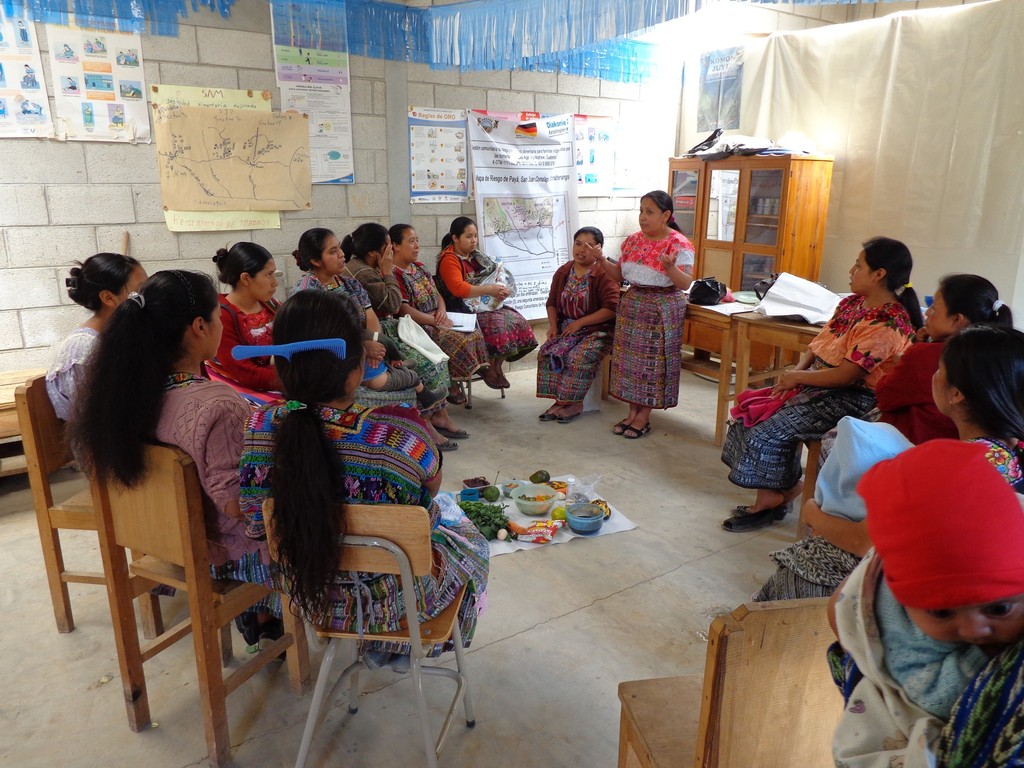 Even though our work with women's health in Guatemala began with our efforts to support midwives and expand services for women during pregnancy and delivery, we recognize that this is not enough. Focusing only on the needs of women during pregnancy - or during their reproductive years - has the unfortunate side effect of neglecting the health care needs that women have across the age spectrum.

This is why, while continuing our programs focused on improving the quality of pregnancy care, we've also been broadening our initiatives. Over the last two years, in particular, we've worked hard to augment cervical cancer screening in all the communities where our midwives work and live. This has been a tremendously well-received and much-needed initiative. As a result of the screening activities, we've picked up a number of new cervical cancer cases, which have required immediate treatment. Fortunately, at the same time that we've been developing the capacity of our community health workers to conduct screening activities, we've also been strengthening our network for cancer treatment. As a result, we are able to provide comprehensive cervical cancer treatment to any patients who are picked up during screening.

Another important benefit of the new screening programs has been the increased detection of sexually transmitted infections. Common sexually transmitted infections, especially chlamydia and gonorrhea, are very prevalent in rural Guatemala, and they are not usually diagnosed, leading to sometimes severe health problems down the road. Our cervical cancer screening staff have been also trained in the management of these conditions, and they are able to use the cervical cancer screening encounter also as an opportunity to increase detection and awareness of these other problems.

Thanks for your ongoing support of our work! 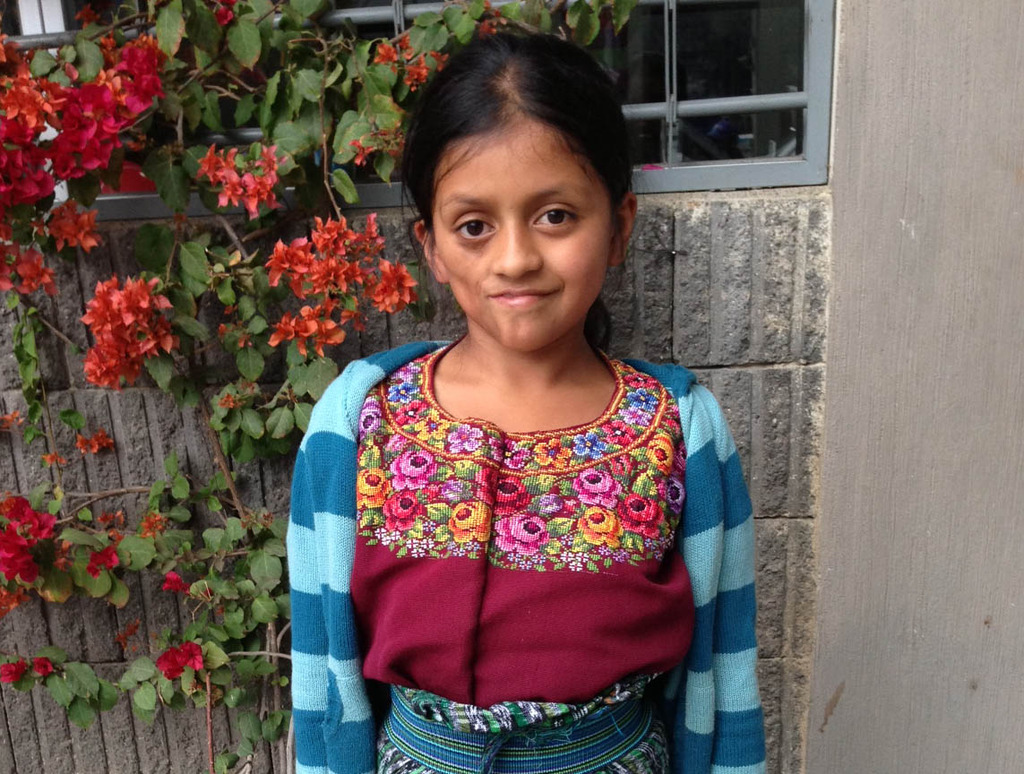 This is just a really quick note to let you know about two things.

First, I want to tell you a brief story - which actually has nothing to do with midwifery or women's health! The photo that you are seeing her is of Karen, a delightful young girl from an outlying community where our midwives work. Karen and her parents have given us permission to share her story. Karen is suffering from a neurological condition which has caused the muscles on the right side of her face not to function well, as you can see from the photo.

What is the point of the story? Well, it is that Karen has never seen a doctor for this condition because her family has no money to pay for transportation or consultations. However, the midwife in her community identified the child and correctly diagnosed what was going on; subsequently she referred her directly to our subspecialty clinic, where she is now receiving care. Midwives matter, not just because they deliver babies, but also because they are the health safety net for everyone in their communities!

Second, I wanted to let you know that GlobalGiving is having a Matching Funds Campaign on June 12. Because we are a "Superstar" ranked organization, this means that all donations to any of our projects on June 12 will be matched 50%! You can see the list of all of our current projects here. Pass the link on to your friends and colleagues!

Thanks as always for your amazing support and interest in our work.

Support another project run by Wuqu' Kawoq that needs your help, such as: 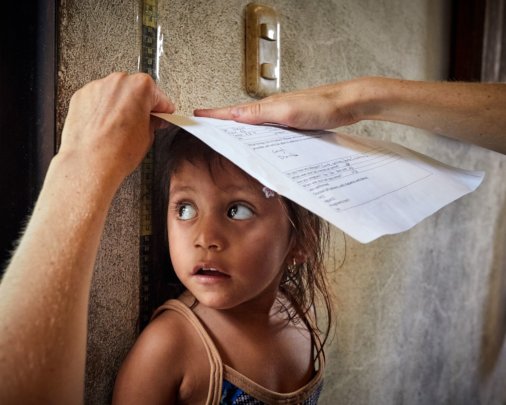 Feed a Child - Reduce Malnutrition in Guatemala
Find a Project

GlobalGiving
Guarantee
Donate https://www.globalgiving.org/dy/cart/view/gg.html?cmd=addItem&projid=5585&rf=microdata&frequency=ONCE&amount=25
Please Note
WARNING: Javascript is currently disabled or is not available in your browser. GlobalGiving makes extensive use of Javascript and will not function properly with Javascript disabled. Please enable Javascript and refresh this page.