Build A Community School for 200 Kids in Nguluni

by Acres of Mercy, Kenya 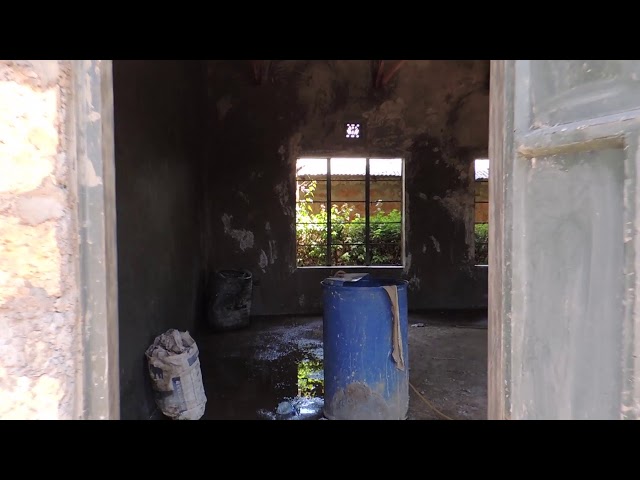 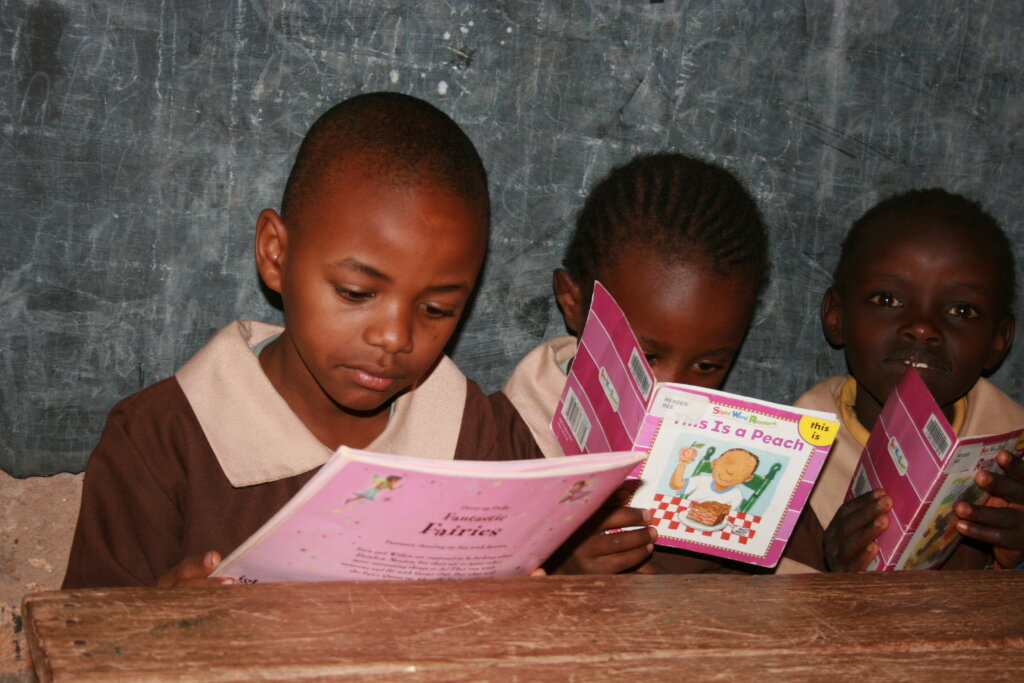 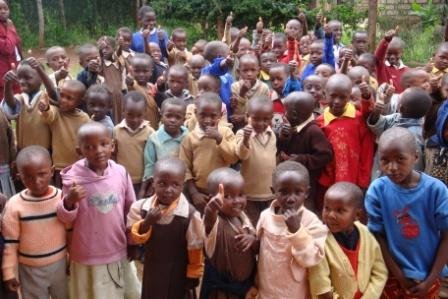 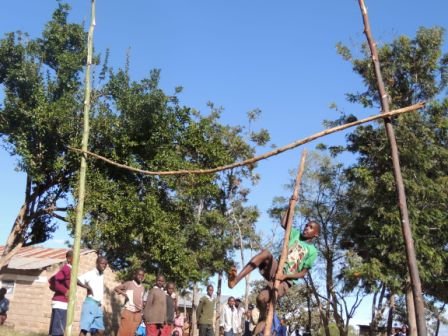 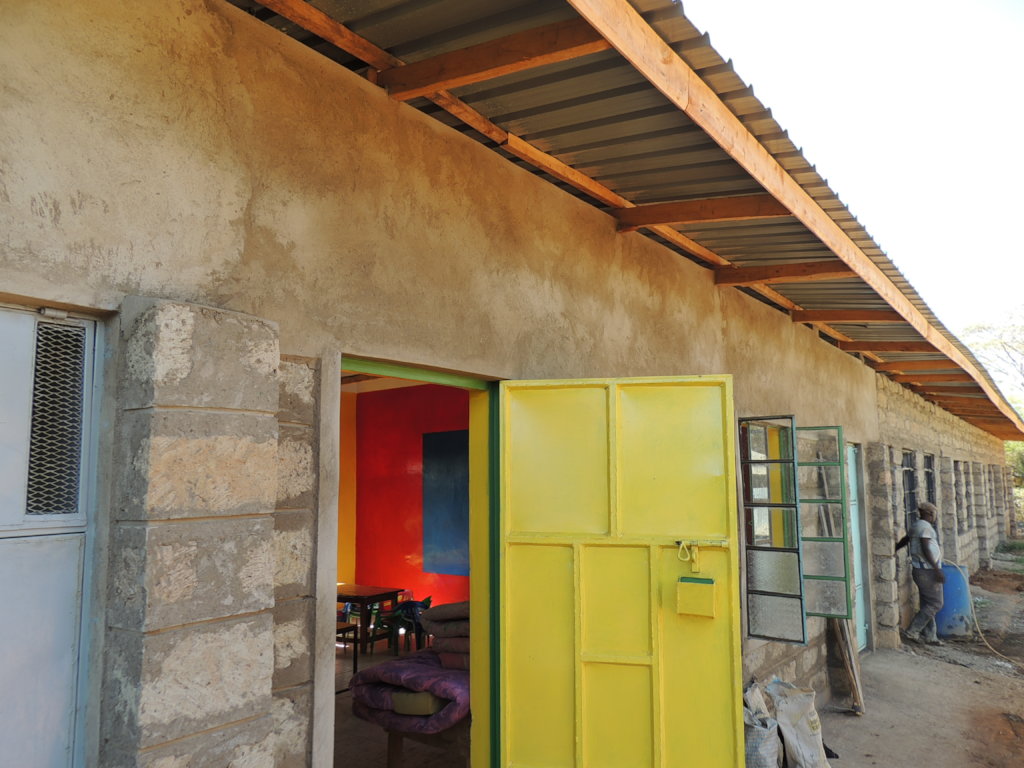 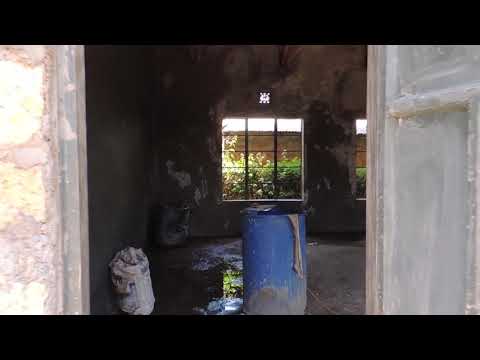 Looking Back to Forge Ahead 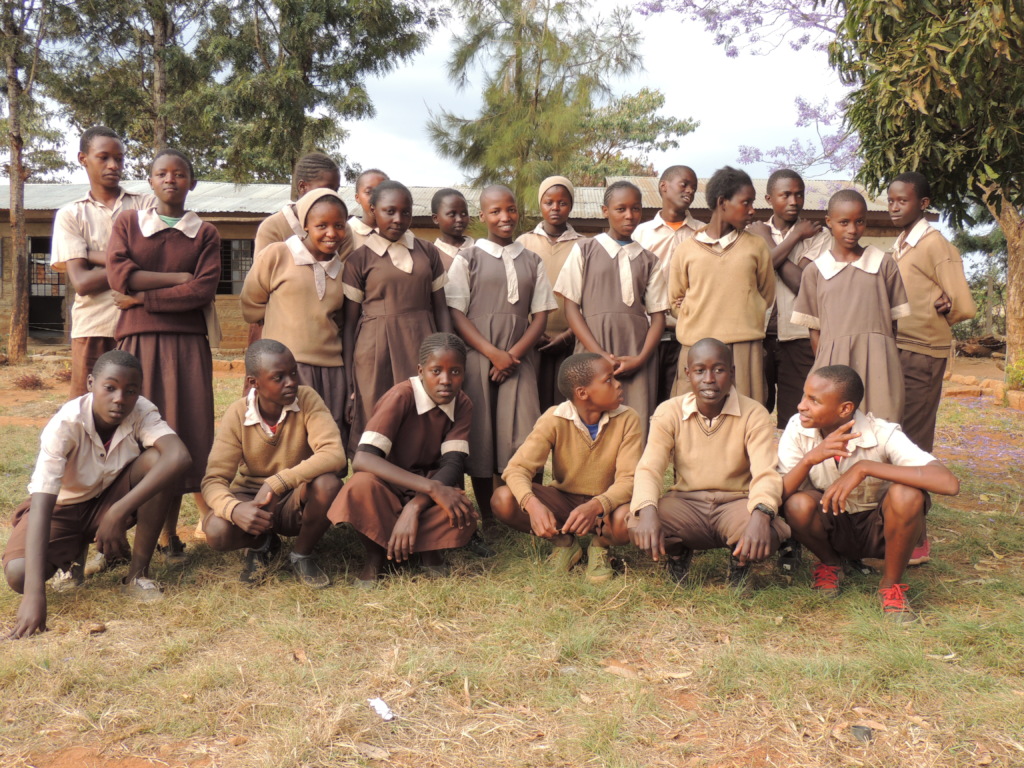 Grade 8 Students Just Before their Finals

It has been a great 2017. Since our last report “Rising Stars” we saw the end of what we could term a fairly impactful school year. I will touch on a few key highlights from the year 2017.

The school year started in January 2017 with 146 students. The term lasting through to April 2017. We started by investing in Textbooks so we can give every student better access to textbooks. During this term students participated in term one Ball Games and Athletics, an activity that plays a big role in helping us identify and nurture students’ talents in various sporting areas such as soccer, volleyball, netball, track events and field events. In 2017, we encouraged students to try their hands at Javelin and Shot Put.

When schools reopened after the April holiday, we had them participate in Drama and Music Festivals. Over 30 students participated in Performing Traditional Dance, Giving Speeches and Reciting English and Swahili Poems. We continued investing in story books and revision material for students. In April student population dropped to 138 as some parents opted to transfer their students. This was after we demanded more responsibility and involvement from parents and guardians.

The exiting students did a simple exit assessment where we were learning from them which areas we needed to work on. Below are some of their responses.

“I liked the good lunch and having textbooks so the pupils can learn well.” E.

“I liked the arrangement (of the classroom) in groups because we helped each other to learn what we had not understood.” H

“I liked the no corporal punishment policy in the school.” R.

Hearing these words coming from the students make us believe we had an impact in their lives.

The older students received continuous mentoring from community partners throughout the year with a team building activity in September and a group mentoring session being held in October a week before the schools closed for December holidays.

The year ended with us having one teacher to every 12 students, 1 textbook to 8 students and a school population of 134 students, of whom 65 were girls, 69 were boys. I would like to thank you for making these and many more happen in the lives of all the students we worked with in the year 2017. Thank you for the generous and continued support. I wish you an awesome and successful year 2018 on my own behalf, the children, the staff, and the Board of Acres of Mercy. 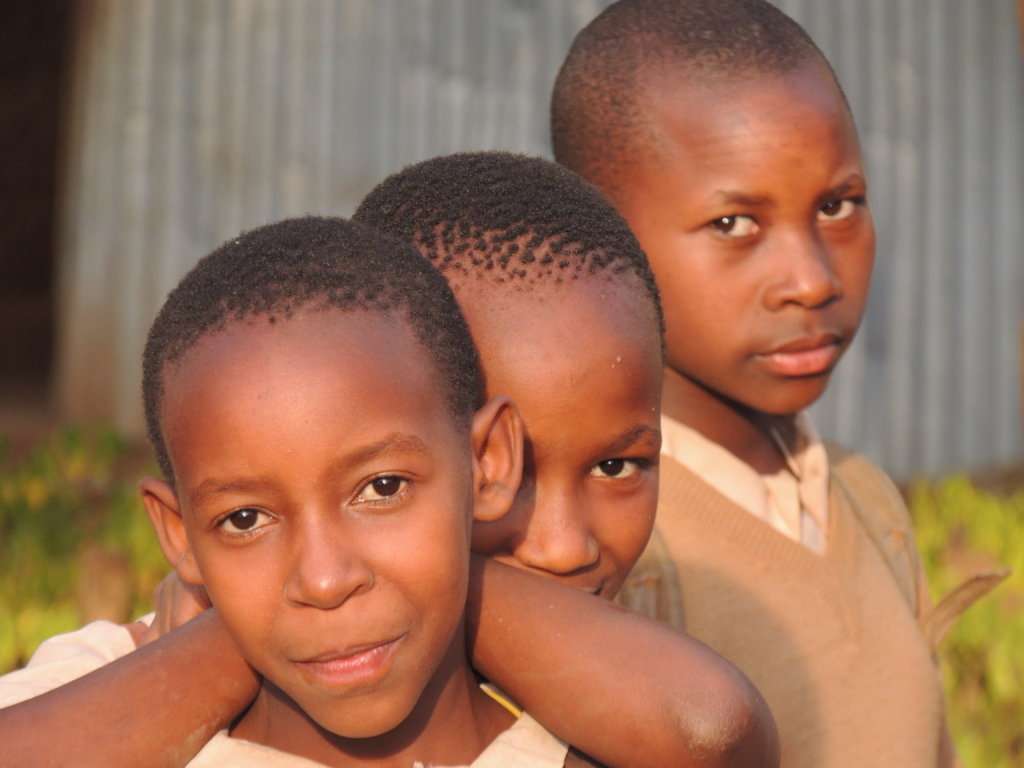 Some of Our Girls 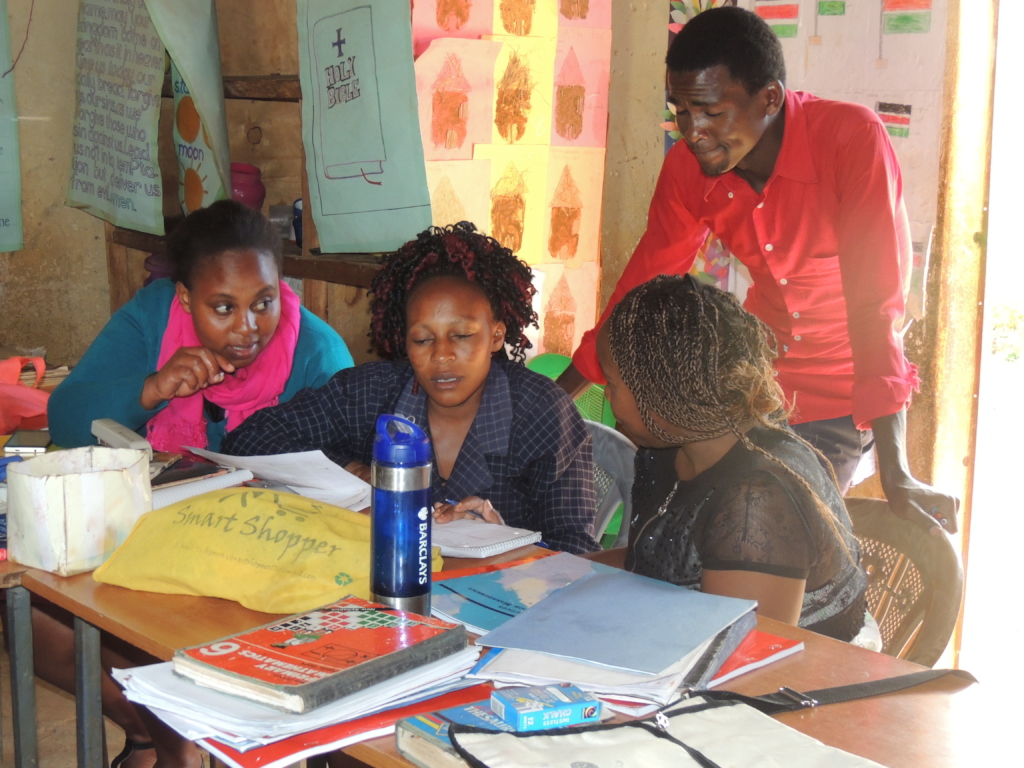 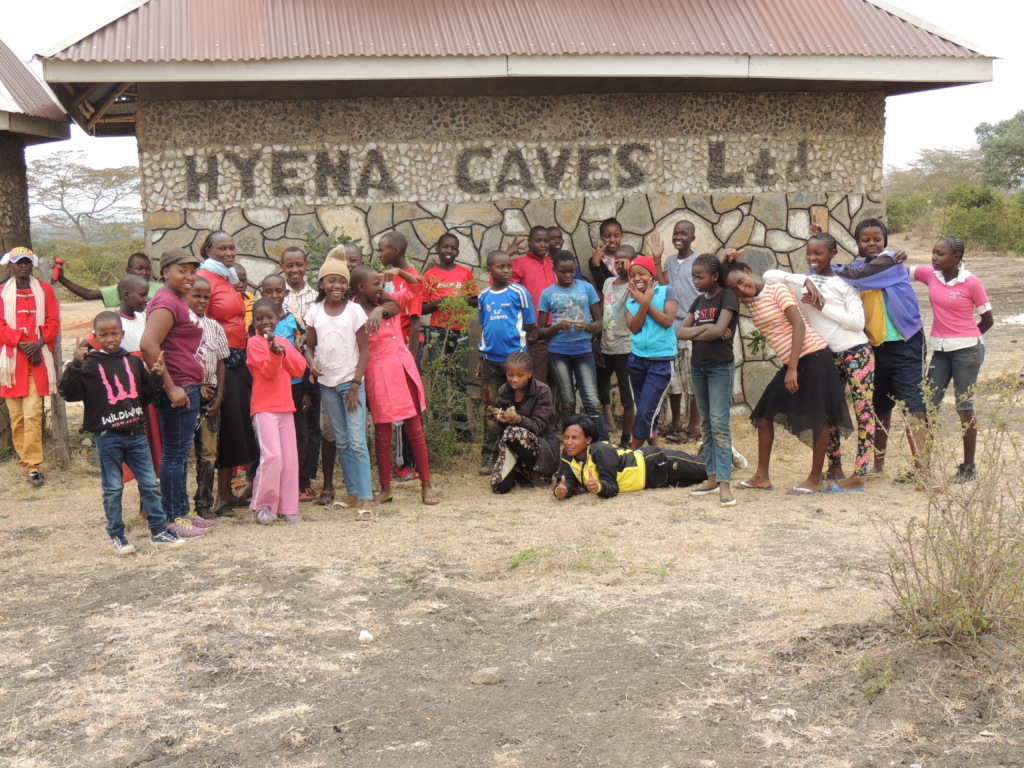 Students and Teacher's During Outdoor Learning

« Previous - "Rising Stars"
"Taking Up the Challenge" - Next »
Comments: 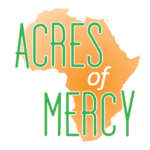 Donating through GlobalGiving is safe, secure, and easy with many payment options to choose from. View other ways to donate
Acres of Mercy, Kenya has earned this recognition on GlobalGiving:

GlobalGiving
Guarantee
Donate https://www.globalgiving.org/dy/cart/view/gg.html?cmd=addItem&projid=6922&rf=microdata&frequency=ONCE&amount=25
Please Note
WARNING: Javascript is currently disabled or is not available in your browser. GlobalGiving makes extensive use of Javascript and will not function properly with Javascript disabled. Please enable Javascript and refresh this page.