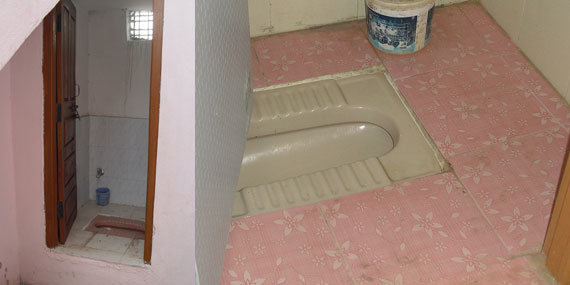 Open defecation should not be mentioned in the 21st century, but over 10 million people in the world still practice open defecation, thereby exposed to different kinds of diseases. Elekuru village has about 45 hamlets with about 5000 population, all without toilets in any form. There is high infant mortality in Elekuru and this has to be arrested. This project will build four public toilets for male, female and children. The spread of airborne diseases will reduce and sanitation will improve.

There is the problem of open defeacation in Elekuru and adjoining villages as well as open disposal of solid wastes. As a result people especially children often fall ill and some even die from diarhea, air borne diseases, malaria and other preventable illnesses. Women and children are mostly affected, as mother often visit the health care centre, losing hours they could have been on their farm. Children also miss school as a result.

Find another project in Nigeria or in Climate Action that needs your help.
Find a Project

GlobalGiving
Guarantee
Donate https://www.globalgiving.org/dy/cart/view/gg.html?cmd=addItem&projid=32044&rf=microdata&frequency=ONCE&amount=25
Please Note
WARNING: Javascript is currently disabled or is not available in your browser. GlobalGiving makes extensive use of Javascript and will not function properly with Javascript disabled. Please enable Javascript and refresh this page.