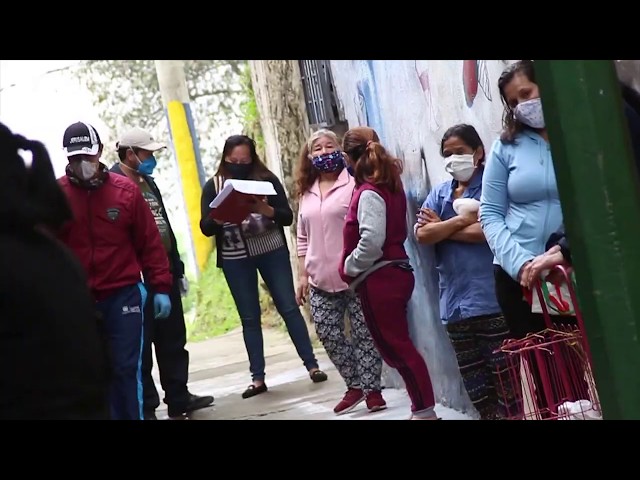 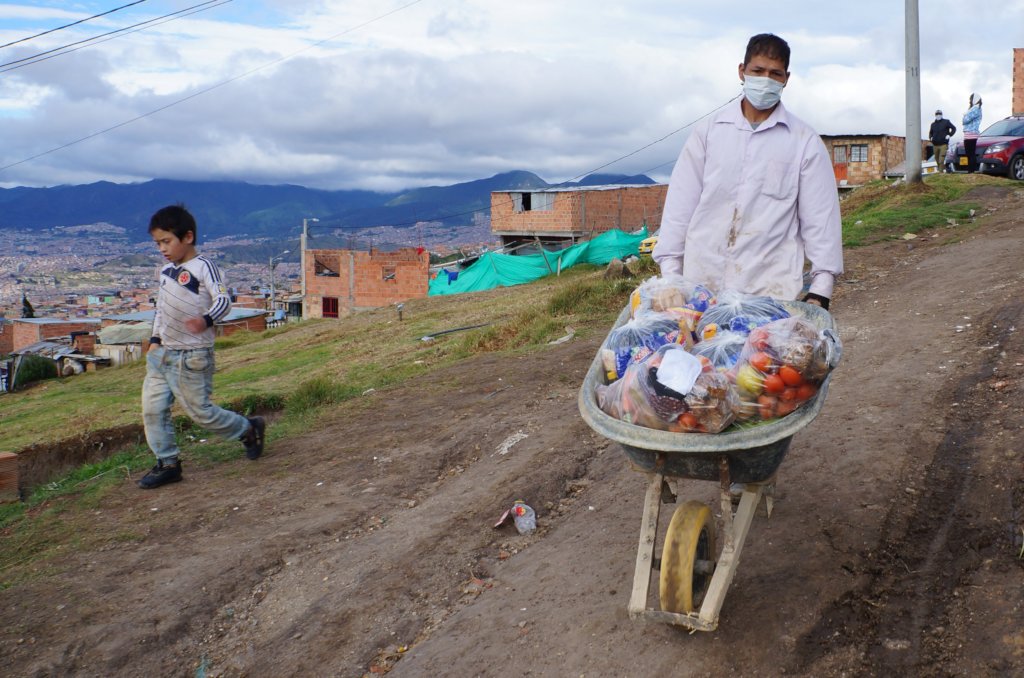 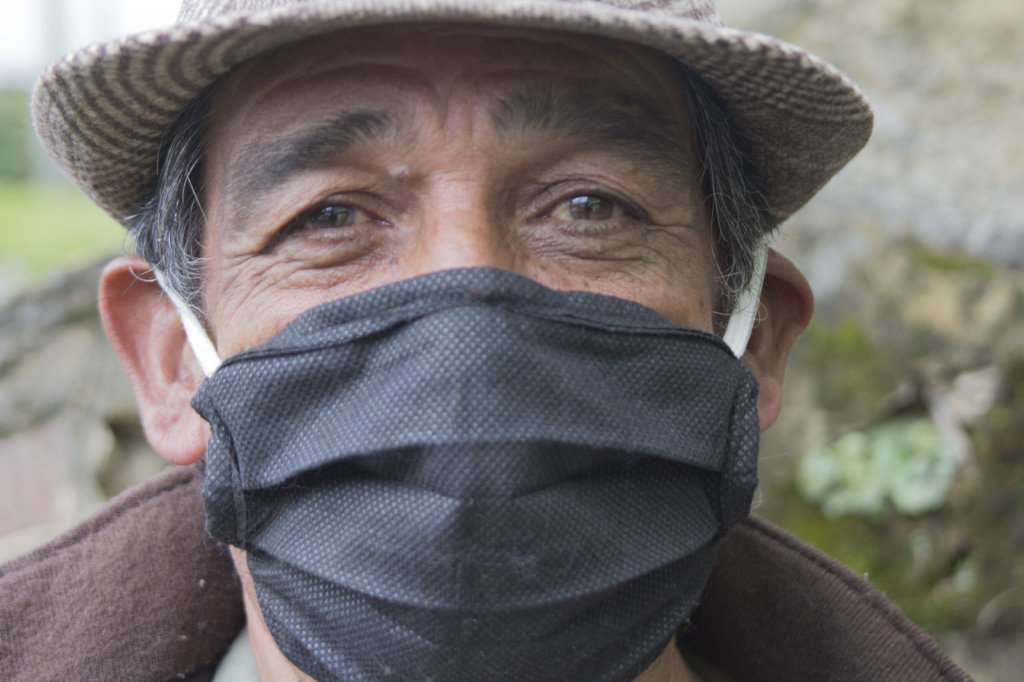 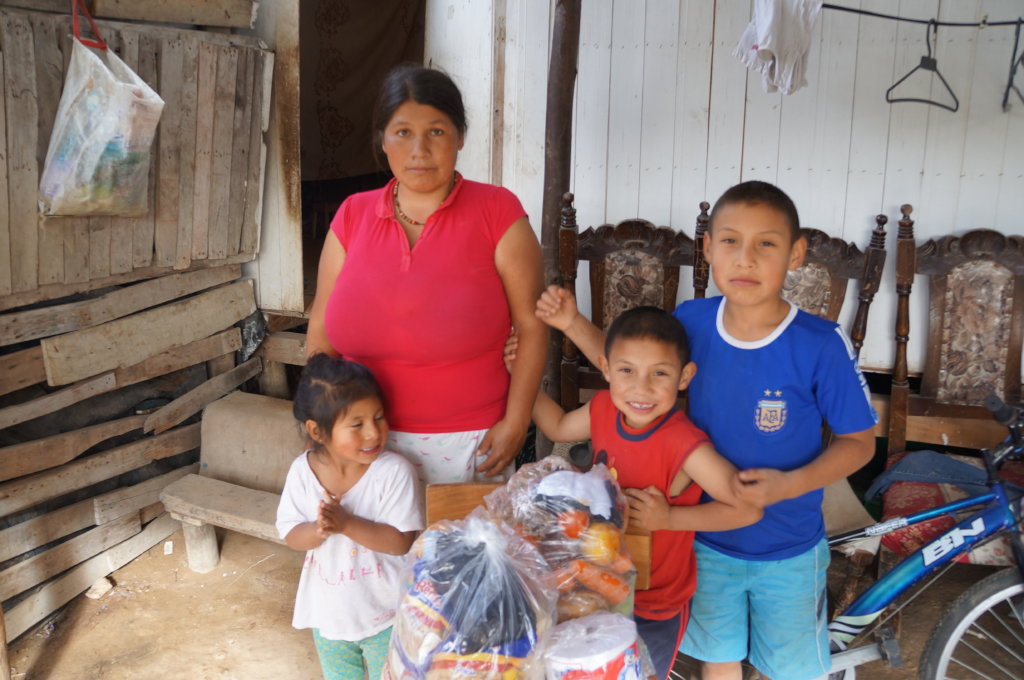 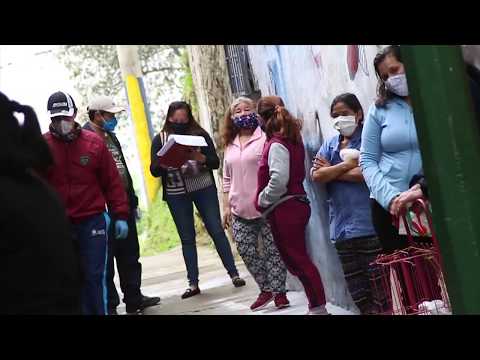 Preparing for the great solidarity distribution

Colombia is currently experiencing a third wave of COVID-19 contamination, which is reflected in an increase in death cases. The latest reports from Colombian authorities indicate that there are more than 15,000 new cases per day. According to data from the Ministry of Health, in May 2021, only 5.7% of the population have been vaccinated (with both doses) against COVID-19.

In the midst of this health and economic crisis, the national government decided to promote a tax reform that affects the most vulnerable. To express their outrage, for more than a month, thousands of Colombians have taken to the streets in droves as the pandemic continues to rage, killing 500 people a day. Despite the withdrawal of the tax reform, numerous protests have taken place in recent weeks, some of them marked by violence, vandalism and heavy police repression resulting in the deaths of around 40 people, in major cities across the country.

The political situation doesn't seem to get better, roadblocks continue on highways and city streets, and food shortages have kept prices of first need goods at two to three times normal levels in local marketplaces.

Due to the blockades in the streets, the rise in prices and the uncertainty regarding access to vulnerable neighborhoods, the planned delivery of solidarity markets has not been possible. However, our team is preparing so that as soon as the blockades are lifted in the city and the surrounding area we will make a large delivery of food baskets that will benefit about 2000 families.

You will see the results of this great delivery in our next report.

Thak you for your constant support to strengthen food security in Bogota.

Donating through GlobalGiving is safe, secure, and easy with many payment options to choose from. View other ways to donate
Fundacion Projeter Sans Frontieres Proyectar Sin Fronteras has earned this recognition on GlobalGiving:

GlobalGiving
Guarantee
Donate https://www.globalgiving.org/dy/cart/view/gg.html?cmd=addItem&projid=47618&rf=microdata&frequency=ONCE&amount=25
Please Note
WARNING: Javascript is currently disabled or is not available in your browser. GlobalGiving makes extensive use of Javascript and will not function properly with Javascript disabled. Please enable Javascript and refresh this page.