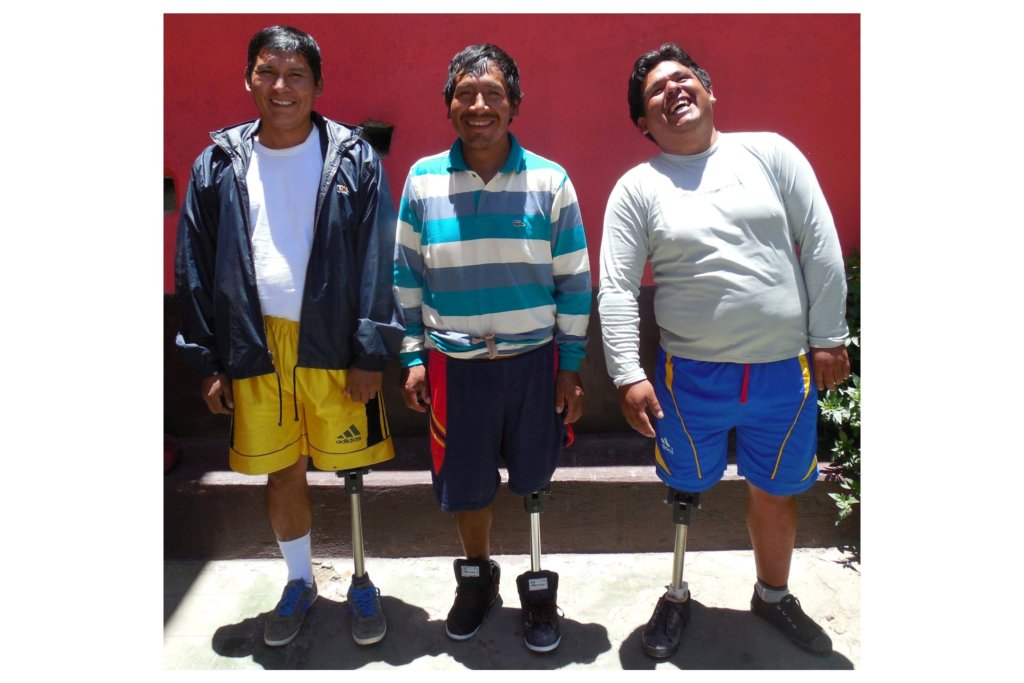 Ricard's Loses His Leg Due to a Tumor 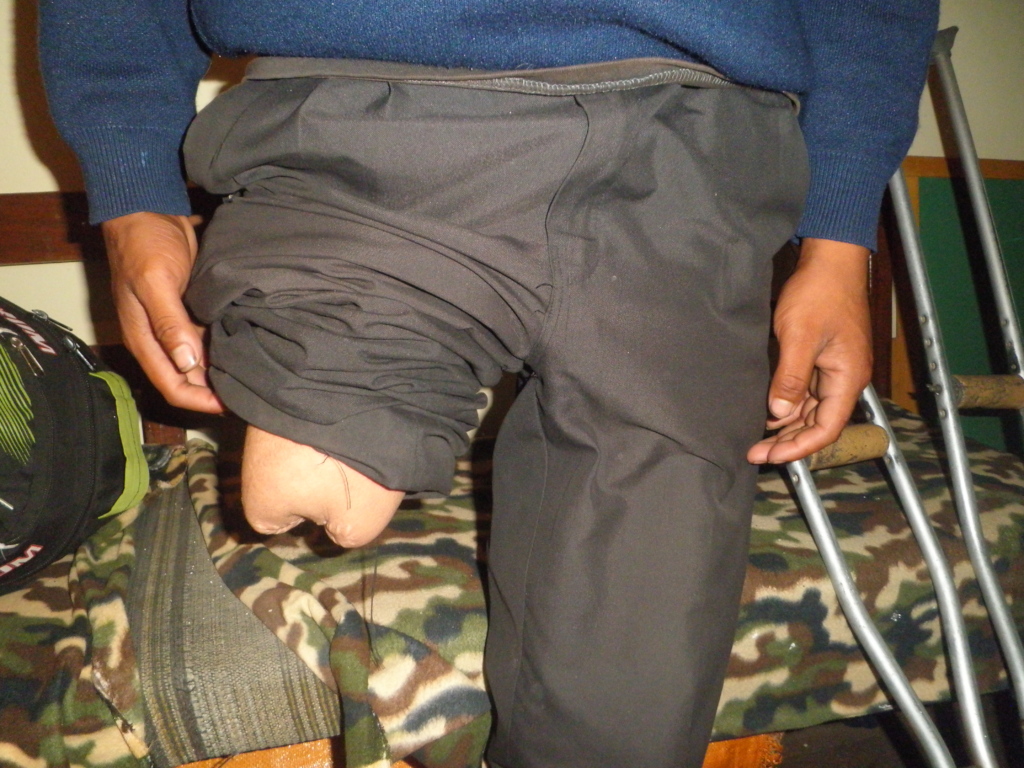 This patient story regards Ricard, a young man who lost his leg to a severe infection:

Ricard was 15 when he had a wound on his ankle that wouldn’t heal. Eventually, his father took him to the hospital where they opened up the wound and found that he had a cancerous tumor in his leg. The doctors were too nervous about operating on it so they left the wound open and Ricard was left with no other option but to go home. To make matters worse, Ricard’s family was too poor to take him to another doctor so he couldn't do anything but wait. Three weeks went by during which the open wound became so severely infected, that when he finally saw a doctor, they had to amputate Ricard’s leg above the knee.

Ricard’s family was very poor, only having enough land to grow food to feed their immediate family. With his new disability, Ricard was unable to attend school or work to help his family. This made Ricard feel like a horrible and useless burden on his family.

However, his father heard about our prosthetic clinic in La Paz Bolivia, and he was able to save enough money to bring his son for help.

Once Ricard reached our clinic, he met 3 other young patients who also had above-knee amputations, and we watched Ricard change completely. He had not socialized with anyone outside his family for 7 years so he was shy, timid, and unsure of how to behave. However, after spending 5 days with 2 beautiful vibrant girls from Tarija and an ex-boxer/model from Cochabamba, he was a completely different young man. He got a haircut, and some new clothes went out for lunch, smiled, joked, and laughed like he was getting his teen years back.

As part of their physical and emotional therapy, we played volleyball, did obstacle courses, walked around the block, and even stopped for ice cream, and sat in the sun so Ricard could get used to his new prosthetic and gain confidence being out and about under his new conditions. In fact, at the end of his time at our clinic, he had so much fun he didn’t want to leave!

Now he is excited and motivated about his potential future.  He wants to study and get a job to help his family. He has many dreams but the most important dream, we helped him to achieve. He will be able to achieve the rest of those dreams on his on. 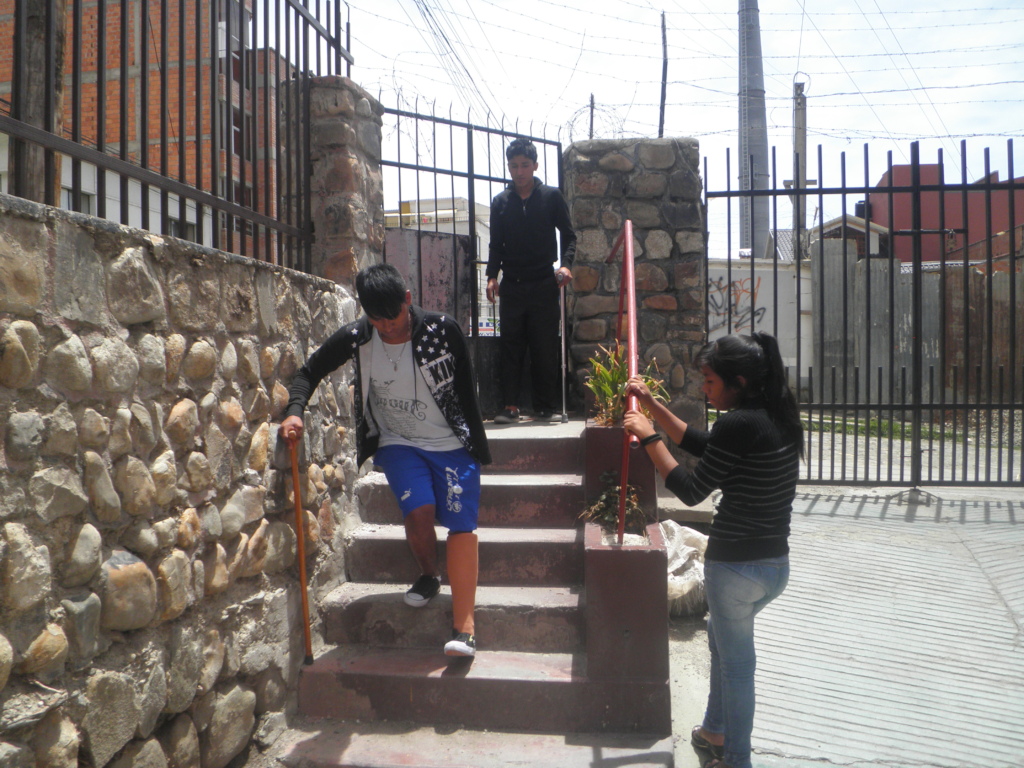 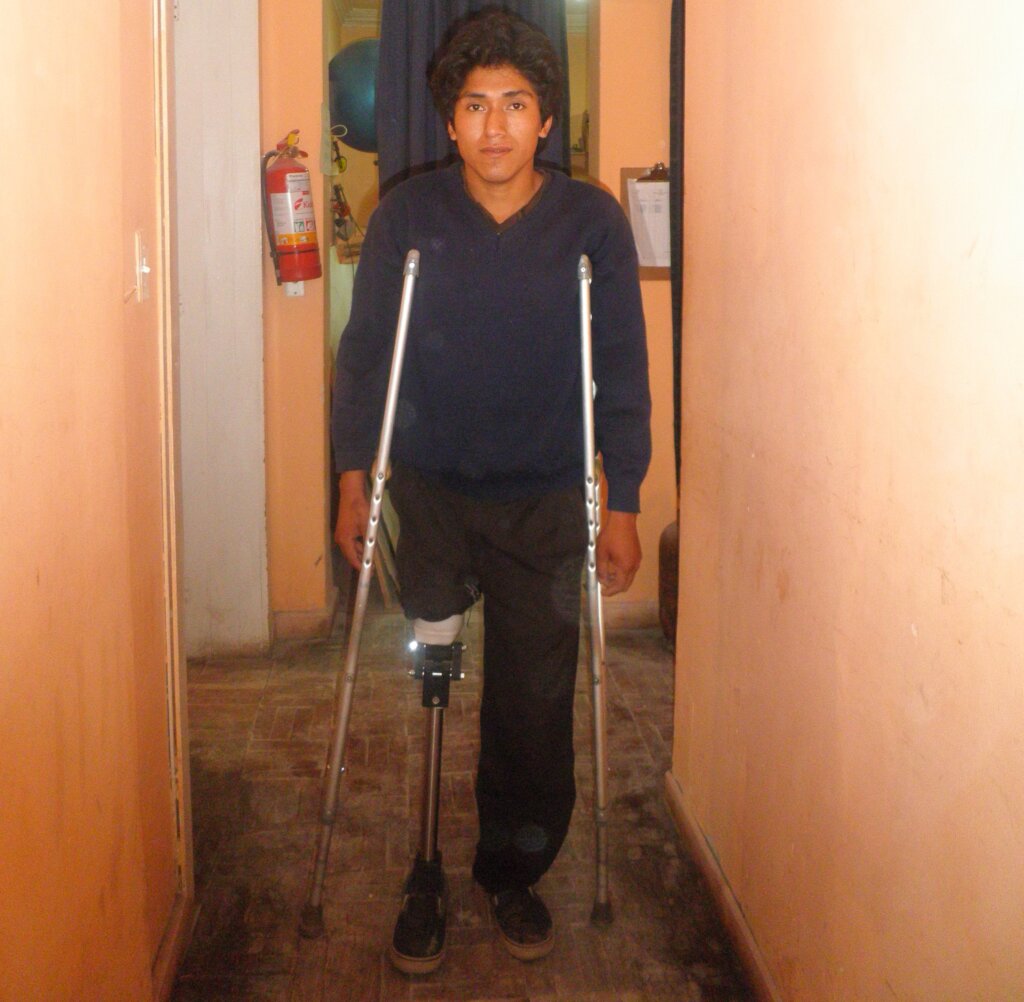 « Previous - "Mariana amputates her own..."
Comments: