And We Are Off! 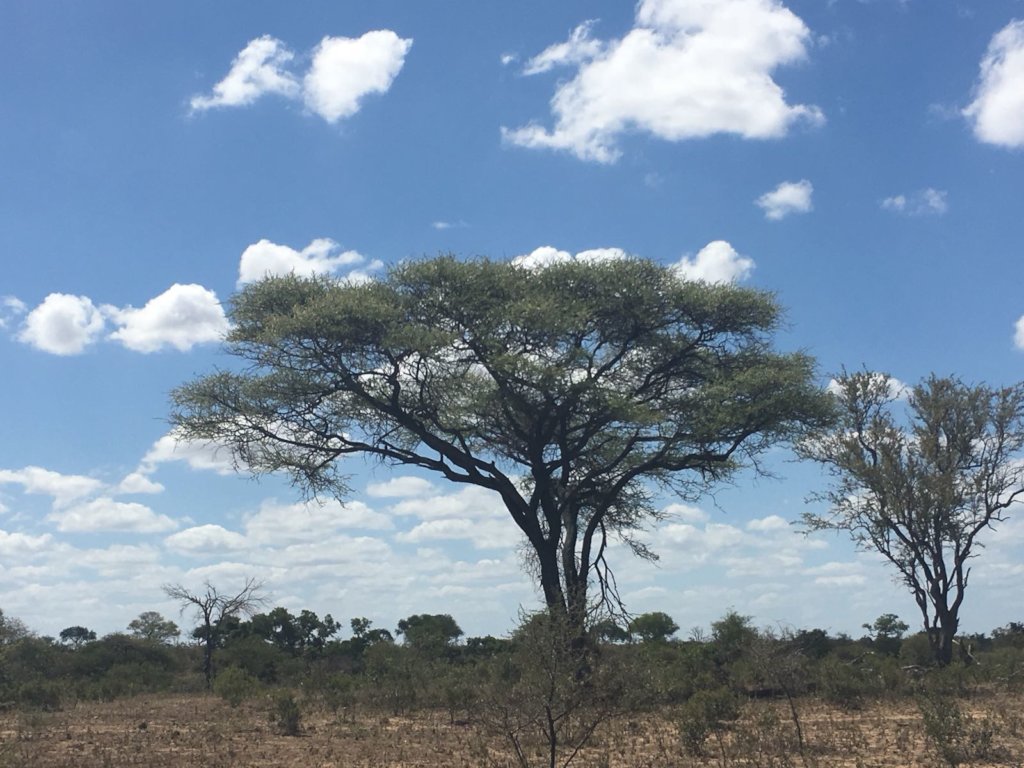 A lovely and gigantic Acacia on the African Plains

The vervet monkeys woke me again today. They are simultaneously adorable and infuriating, inquisitive and terrified, quiet and racket making – a bundle of contradictions, but that is also the nature of doing conservation work in Africa.

I am here in South Africa for five weeks to lead a team of researchers from California State University San Marcos, Helping Rhinos, and The Living Desert to evaluate the social impact of what has become one of the bright points of light in conservation: The all-female Black Mambas Anti-Poaching Unit. The Mambas work in the Greater Kruger National Park ecosystem, and specifically in Balule Game Reserve.

This intrepid group of women has reduced poaching of the protected large mammals in the 200 square miles (52,000 hectares) corner of Africa that they patrol. They do this while unarmed, and female in a society that is so gendered that they are viewed suspiciously if they drive a car, learn how to read, or wear military fatigues, let alone dare to tell men not to kills Africa’s endangered wildlife. Given that all of these are essential components of being a Black Mamba, these women have broken many new paths to the future of conservation on this amazing continent.

Their impact on reducing poaching is almost unmatched. Irrespective of how you document things, the impact that they have had is immense in that annually they have reduced poaching through wire snare traps by a minimum of 76%. Even more impressively, they have cut the numbers of rhinos killed by half – and these animals are unfortunately the exorbitantly big money item for the crime syndicates that poach them.

Poaching in Africa has a long and bloody history, one mired in colonialism, and in South Africa in Apartheid. Whites came to South Africa, disenfranchised the local people, pushed them off the land, and claimed all the wildlife in these new protected areas as their own. As such, many non-white Africans view the protected areas where most of South Africa’s wildlife exists as Sherwood Forest. In this analogy, poachers become the good guys, the Robin Hoods, stealing from the rich to give to the poor.

Of course the reality is quite different. Poaching an unsustainable business model and the wildlife here are rapidly dwindling, with rhinos and elephants leading the way down the spiral. The bloody paroxysm of poaching of the last decade has been sparked by increasing affluence in Asia, which has spiked the demand for the products of poaching like rhino horn and elephant ivory. Feeding this demand is ultimately shortsighted for local people. If it continues, there will be no large animals here and no one will make any money off the wildlife.

Tourism to see these amazing large animals alive is a significant source of income for South Africa, generating more revenue than all the numerous gold mines in the country. Moreover, this revenue stream is an income source that keeps on giving for the local economy and people. A single rhino can make up to 10 times as much alive over its lifetime than when poached for its horn.

Helping to change the perceived value of live animals in the local communities is approximately half of what the Black Mambas Anti-Poaching Unit does via community work – and this is why we are here, to assess their social impact. We want to test the hypotheses that the Black Mamba program changes several things: 1. That the women themselves are changed for the better in many ways, 2. That their community work has decreased support for poachers and poaching, and 3. That the participating children in the numerous Black Mamba education programs also have decreased support for poachers and poaching.

We have preliminary anecdotal data that supports these hypotheses, but we need real data to test them and today is our first day of data collection. Maybe the vervet monkeys knew this as well, and were as excited by our work as I was. After all, they are among the dozens of other species that benefit by the work of the Black Mambas Anti-Poaching Unit.

Or, maybe I am reading too much into their early morning racket making. In any case, please keep your fingers crossed and send good data collecting mojo along! 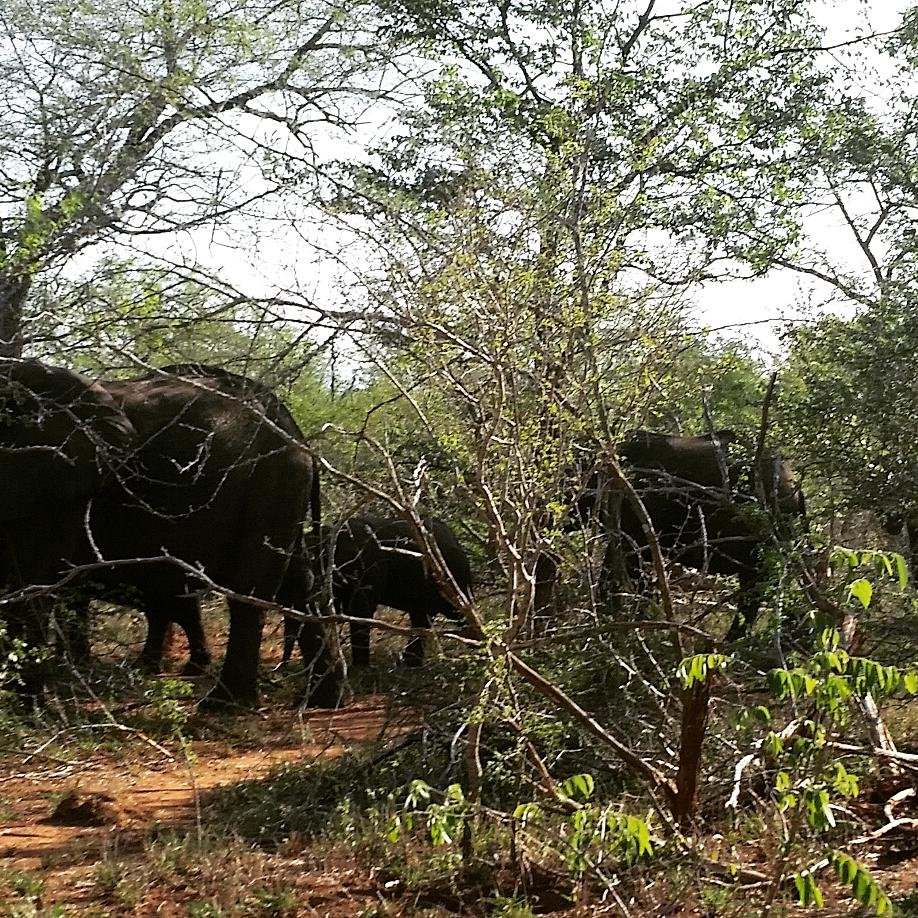 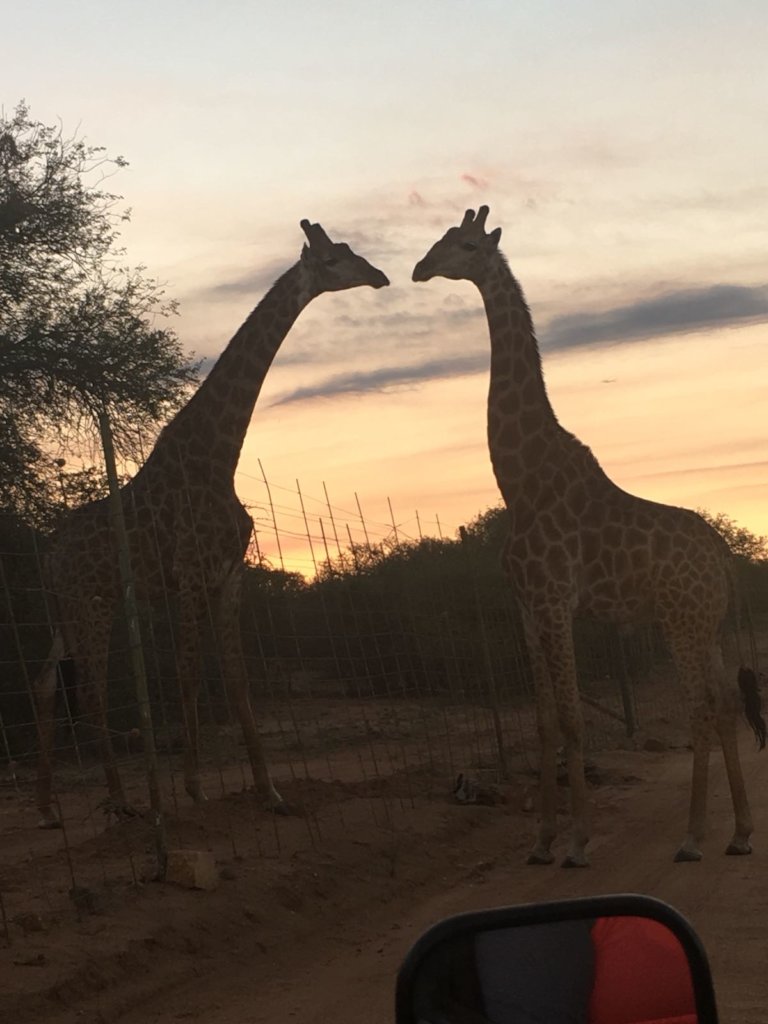