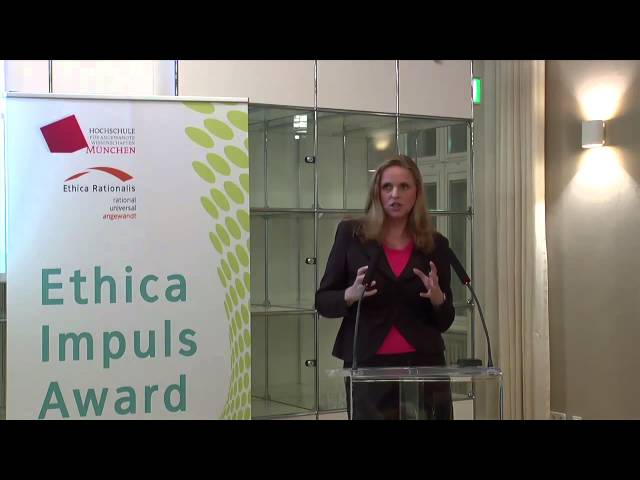 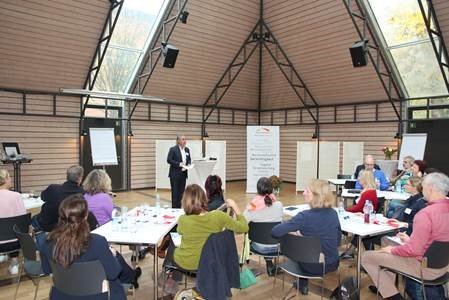 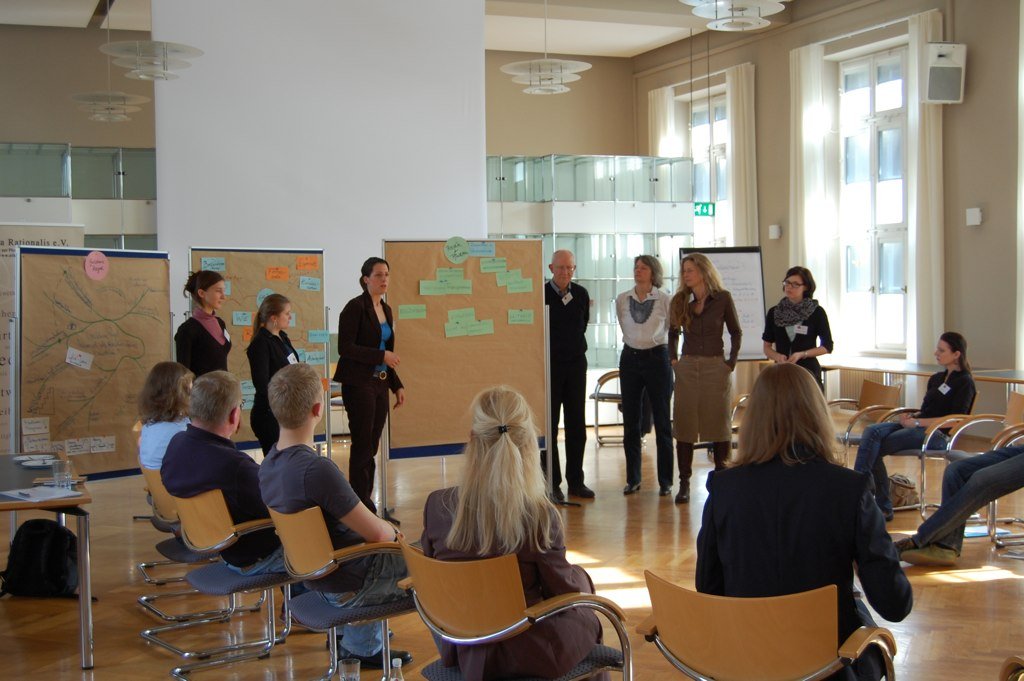 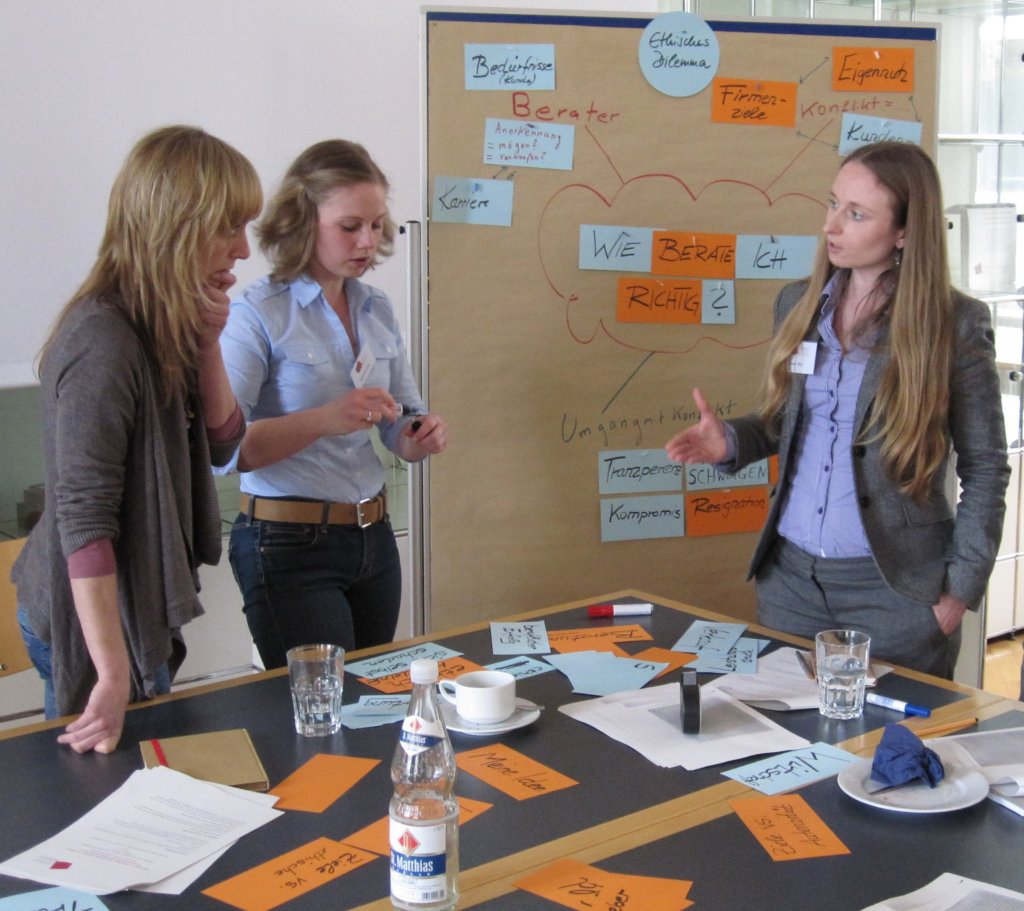 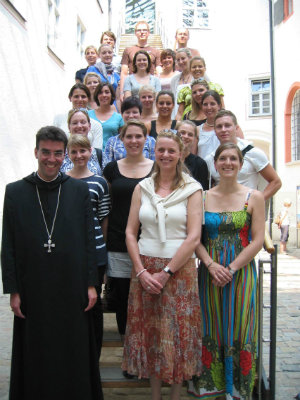 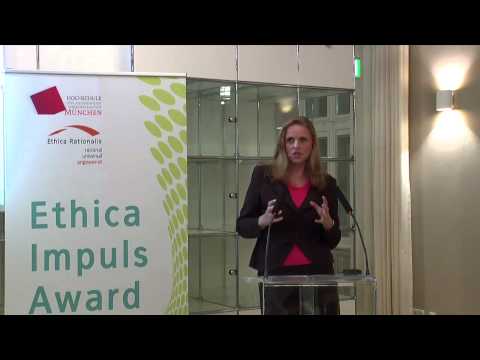 This summer we set up another survey concerning a hypothetical ethical dilemma and published the result.
This time the hypothetical was: Katharina was stuck in a dilemma after receiving a large donation from the company Berger Construction that has a very bad track record in terms of business ethics. She ponders: should I accept the donation, knowing that at least part of the money was illegally earned? Or should I put the well-being of the children and the ability to continue to employ Anne who takes care of the children (which is only possible with this donation) in the foreground and put my doubts about the legality/morality aside?

These were the possible answers that we offered in the survey:

In fact, no participant chose response g). The thought of perhaps later having to justify oneself morally for something and only for this reason not accepting the donation, was not seen as an acceptable train of thought. The mere fact of being blamed later does not seem to be sufficient to decline this shady donation. One would only act in this way (non-acceptance) to avoid this possible consequences. Such thinking would also ignore the application of ethical principles.
Responses a) and f) were accepted by 8% of the participants.
In response f), it is assumed that Berger Construction Bau regret their past, want to change and that the donation payment is a first step into a more ethical future. So they should be given a chance to "make amends".
With the response a) however one does not accept Berger Construction's sincerity. Instead, the donation is rather seen as a purely insincere donation for PR reasons, without the genuine desire for change toward a more ethical behavior. Therefor the donation should be rejected.
8 % of respondents also opted for response c) would accept the donation, but make it public to the local press and thus ensuring transparency regarding the origin of the donations. Ethical considerations related to the origin of the money do not seem to play a role in the "acceptance or refusal" decision-making process.
23% chose answer b). These participants focus on the "good" that can be done with the donation, no matter where the money comes from. The fact that the money comes from obviously ethically questionable business practices is ignored and only the ethically valuable use of the donation is looked at: the good overrides the bad.
another 23% selected e). The donation is accepted, but under the condition that Berger Construction not only changes its so-called Compliance Policies, i.e. the company's governance and ethical framework for dealing with business partners, but also implements them in a way that questionable business practices will no longer occur. Regardless of the question as to how Katharina could make such a change comprehensible and enforceable in practice, one sees in this answer that ethical considerations also played a role. One does not want to be misused, but insists on a change in Berger Construction's code of conduct as proof of a sincere wish to change.
Response d) was chosen most frequently: 31 %. Here Katharina accepts the donation and makes the donation of Berger Construction transparent in order to document that one has nothing to hide and stands by the acceptance of the donation, although the origin of the money is questionable. At the same time she also distances herself from the Berger Construction, in which she acknowledges the  questionable origin of the money and thus makes it clear that the donation will nevertheless be accepted and used for ethically valuable purposes. She makes it clear that the purpose is decisive for the decision in this concrete case and not the origin of the funds.
One participant had another idea on how to come to a decision for this dilemma: making the dilemma accessible to a public discourse by a public voting (yes or no), and making the results publicly transparent . The "moral burden" of the decision is thus distributed among all those participating in the vote.
As with all our questionnaires on ethical dilemmas: there is no right or wrong response. We always point out the following:
We all have our own moral and ethical compass - our "conscience", which he has to face every day. The case studies, however, serve to compare our conscience with the conscience of others. Above all we get to know our own conscience and can adjust it by dealing with possible solutions to a concrete dilemma. One cannot avoid dealing with oneself, one's thoughts and the inner psychic forces that produce these thoughts. We cannot avoid questioning ourselves and our trains of thought. The solution of the dilemma that we consider right for ourselves, possibly "adjusting" it equates to working on our humanity.
Those who want to develop humanity in themselves will not be able to avoid dealing with themselves and will first have to get to know themselves. The case studies should help in that respect.

Donating through GlobalGiving is safe, secure, and easy with many payment options to choose from. View other ways to donate
Ethica Rationalis e.V. has earned this recognition on GlobalGiving:

GlobalGiving
Guarantee
Donate https://www.globalgiving.org/dy/cart/view/gg.html?cmd=addItem&projid=21882&rf=microdata&frequency=ONCE&amount=25
Please Note
WARNING: Javascript is currently disabled or is not available in your browser. GlobalGiving makes extensive use of Javascript and will not function properly with Javascript disabled. Please enable Javascript and refresh this page.