by Centre for Peace and Secular Studies 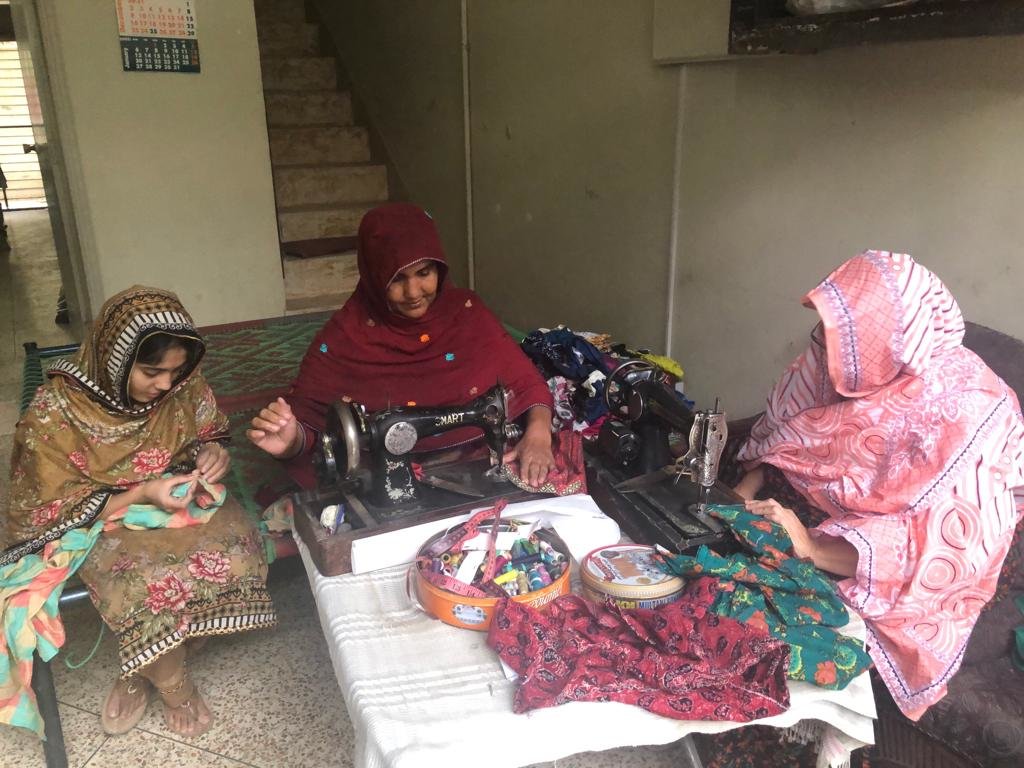 This project will support 300 young women to become economically stable and independent through vocational trainings. Training will include sewing, computer training, graphic designing, handicrafts, and beautician training. Successful trainees will be further supported to launch their own business through loans, laptops, machines, and networking with other companies and organization.

According to global gender gap report, Pakistan ranks 146th out of 149 countries in terms of women economic participation and opportunities. As per ILO reports Labour Force Participation Rate (LFPR) for men (82.5%) is more than three times higher than women (24.8%). A majority of women are employed in domestic work, which is unpaid. Economic dependence on men significantly hinders women from social mobility and freedom, and often forces them into prostitution, servitude, and unpaid labor.

The best way to help women is to empower them economically. By helping about 300 women in Pakpattan District; which has 900,000 women population out of a total of 1,823687, prosperity and hope could be brought to hundreds of households. Empowered women could not only support themselves but also raise their children with confidence and transmit positive values to their children's; especially pertaining women's rights in society.

A small district like Pakpattan, where opportunities for women are scarce and youth is susceptible to radicalization, great social progress could be made while extremist attitudes could be prevented. Increase in women labor will also boost the economy of the district. The economic prosperity, which ensues from such projects, will also make room for acceptance of women's rights and liberty in society. Young women will find this a good opportunity to acquire key skills and launch their business.

Centre for Peace and Secular Studies

GlobalGiving
Guarantee
Donate https://www.globalgiving.org/dy/cart/view/gg.html?cmd=addItem&projid=43743&rf=microdata&frequency=ONCE&amount=25
Please Note
WARNING: Javascript is currently disabled or is not available in your browser. GlobalGiving makes extensive use of Javascript and will not function properly with Javascript disabled. Please enable Javascript and refresh this page.