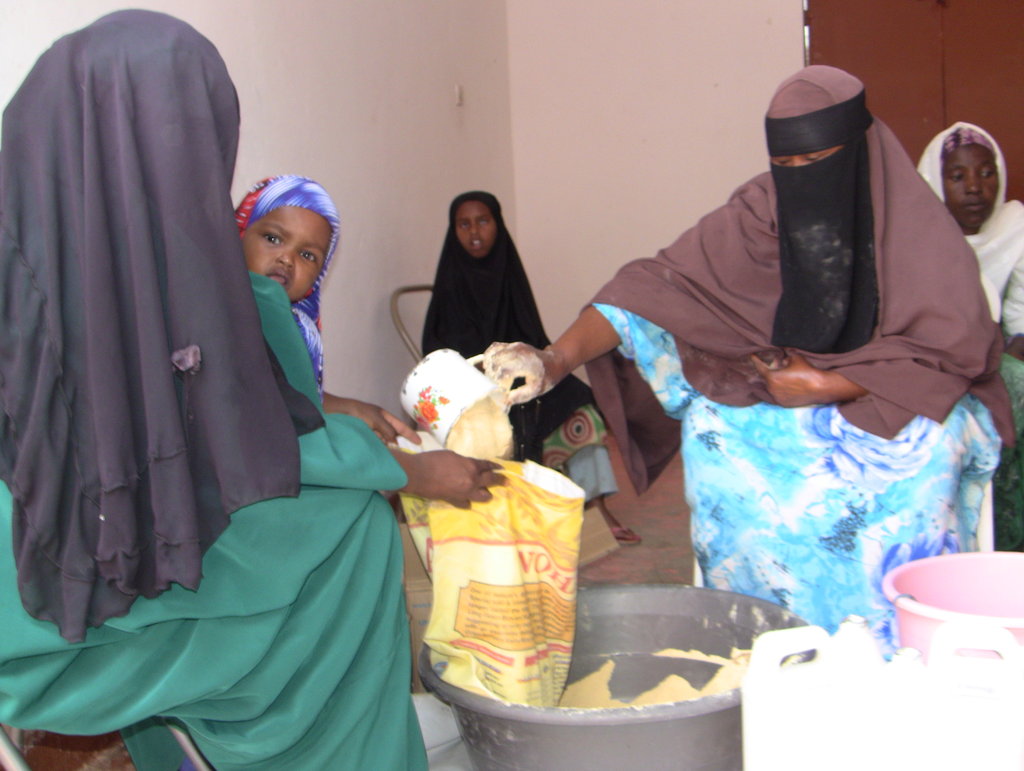 In June last year, the worst drought in 60 years put more than ten million people across Kenya, Ethiopia and Somalia at risk of starvation.

Malnutrition rates reached a devastatingly high level.  Famine was declared in some regions of Somalia, and 37.4% children in remote parts of Kenya suffered from Global Acute Malnutrition - the World Health Organisation’s emergency threshold is 15%.

Merlin had already been running programs in all three countries for many years before the drought set in, and so were strongly positioned to scale up immediately.  Merlin teams increased vaccination, health and nutrition programs to care for over 1.7 million people within weeks.

In the following months, Merlin has supported 222 health facilities and 114 outreach sites and mobile clinics delivering emergency nutrition and primary health care to remote and vulnerable communities affected by malnutrition and diseases that prey on the weak.

Merlin teams have offered nutritional care, health services and supported health facilities and outreach sites in two regions of Somalia.  In the politically sensitive and often insecure South Central region, Merlin is the only health agency on the ground.  Maintaining positive relationships with local authorities and communities has enabled teams to continue to offer health care and nutrition to those most in need without bias.

A force of almost 3,000 health workers and volunteers were trained by Merlin to identify cases of malnutrition among children, pregnant women and new mothers in some of the most remote villages of Oromia and Somali regions, south east Ethiopia. Teams have also raised awareness on hygiene and sanitation, and why these are important aspects in remaining healthy.

527,834 people have access to Merlin-supported health and nutrition services

485,000 people have access to Merlin-supported health and nutrition services

112, 801 offered consultations and treatment for diseases

“Merlin has been working in Turkana since 2004, but I have never seen such catastrophic levels of malnutrition as I saw last June. Over a third of all children under five in the Horn of Africa were severely malnourished, and in grave danger of dying. We quickly scaled up the number of static and mobile clinics we support by over 75%.  The need was almost overwhelming. Now, acute malnutrition in children under five in Turkana has more than halved from 30% to 14%.

Another drought looks likely this year. Merlin is committed to providing for the long term, so we are maintaining this expanded coverage and working closely with the Ministry of Health and other partners to analyze early warning indicators and plan a coordinated response in the event of another crisis.”

Thank you for supporting Merlin's activities in East Africa.