Elephants responses to the return of hunting

by Elephants for Africa 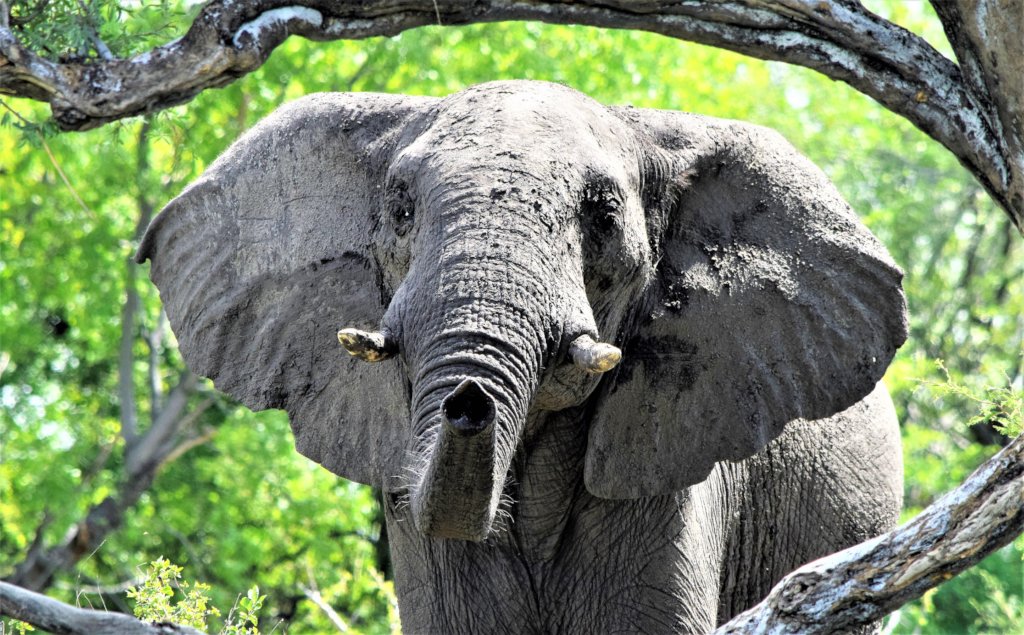 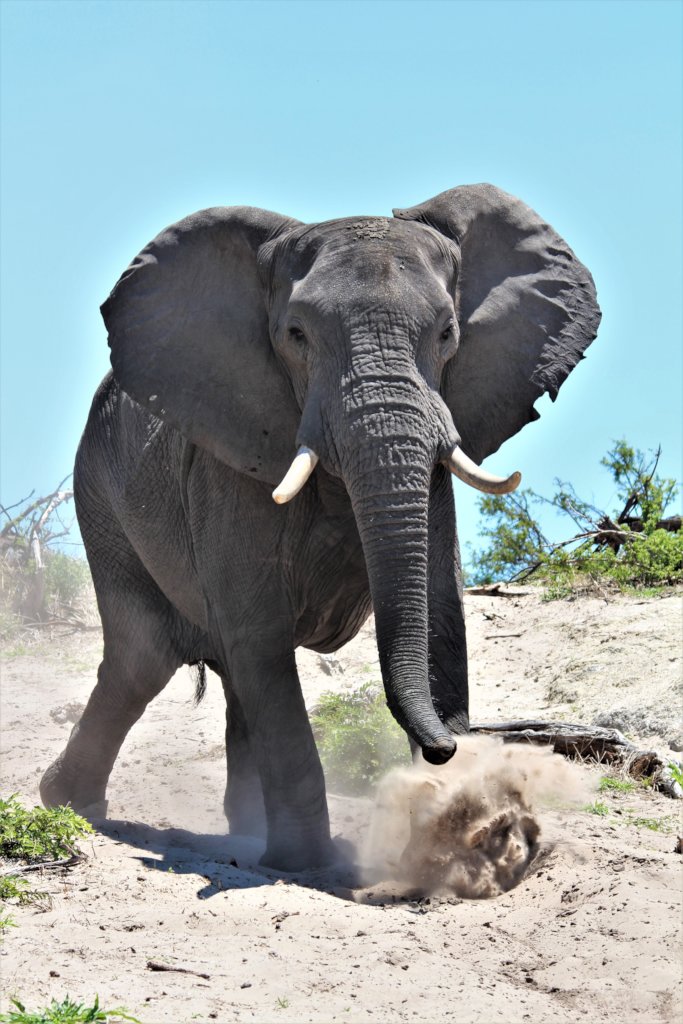 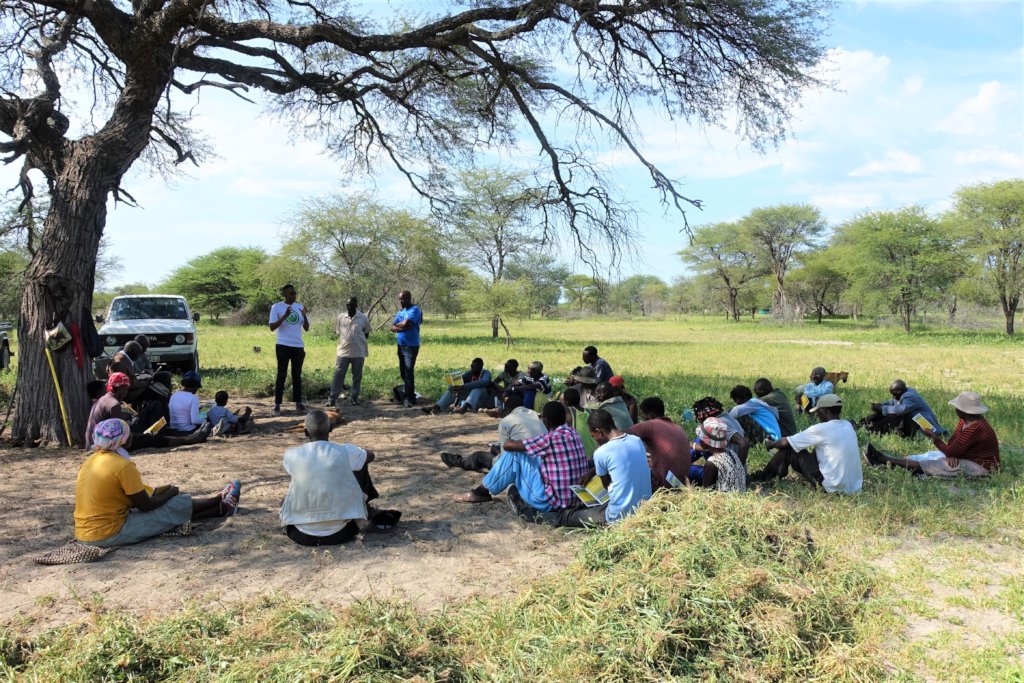 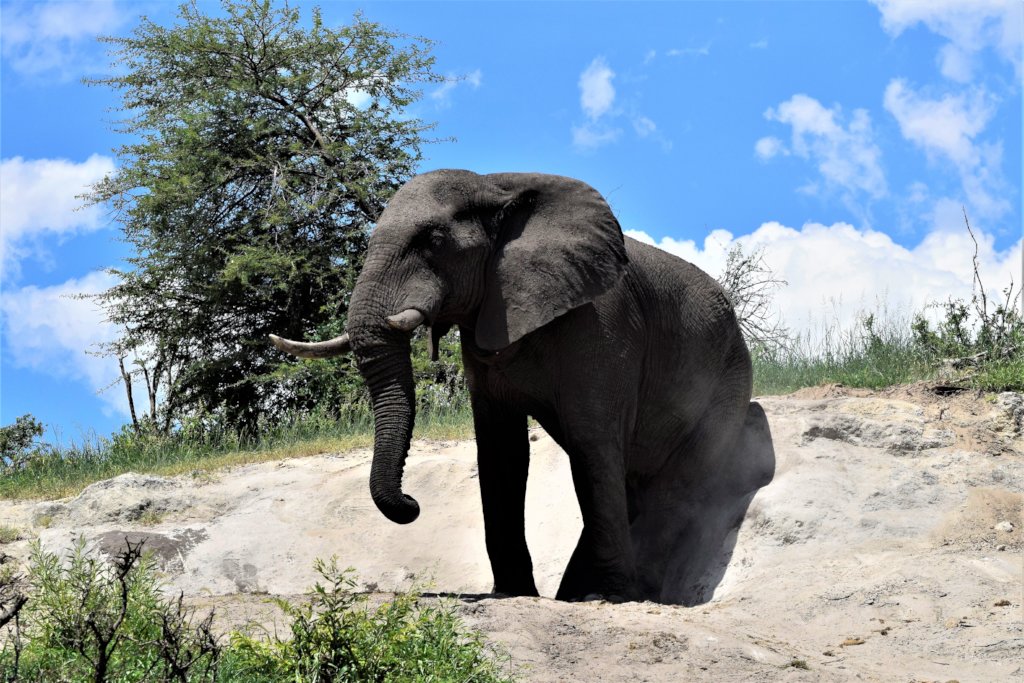 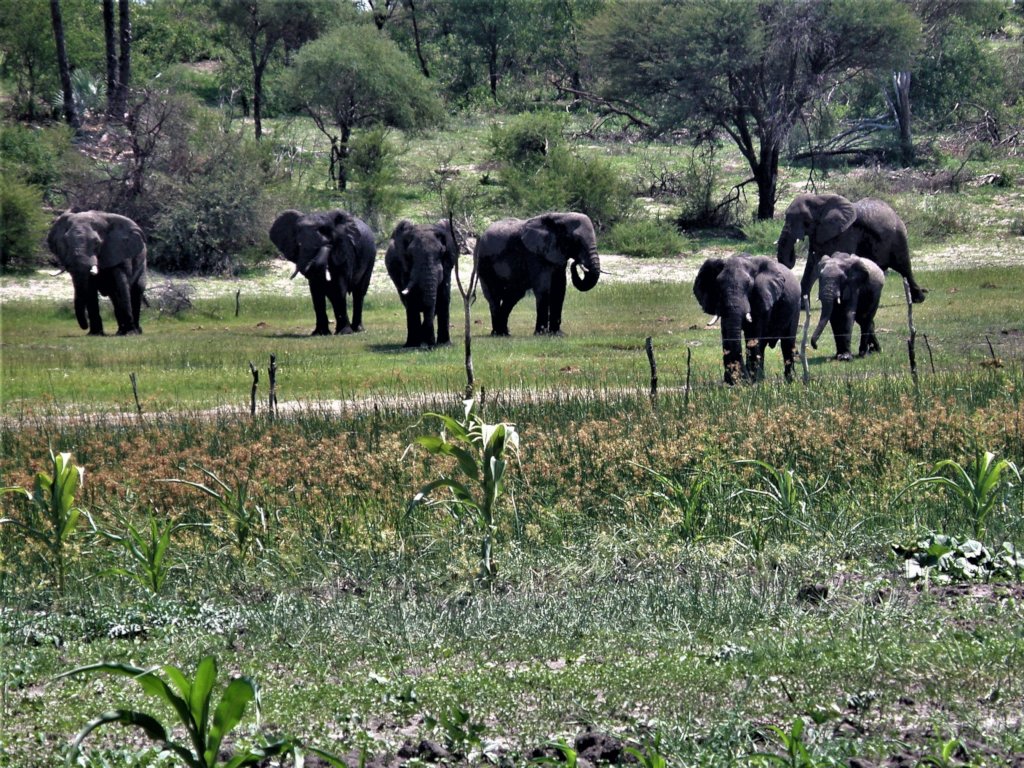 Out and about with the elephants 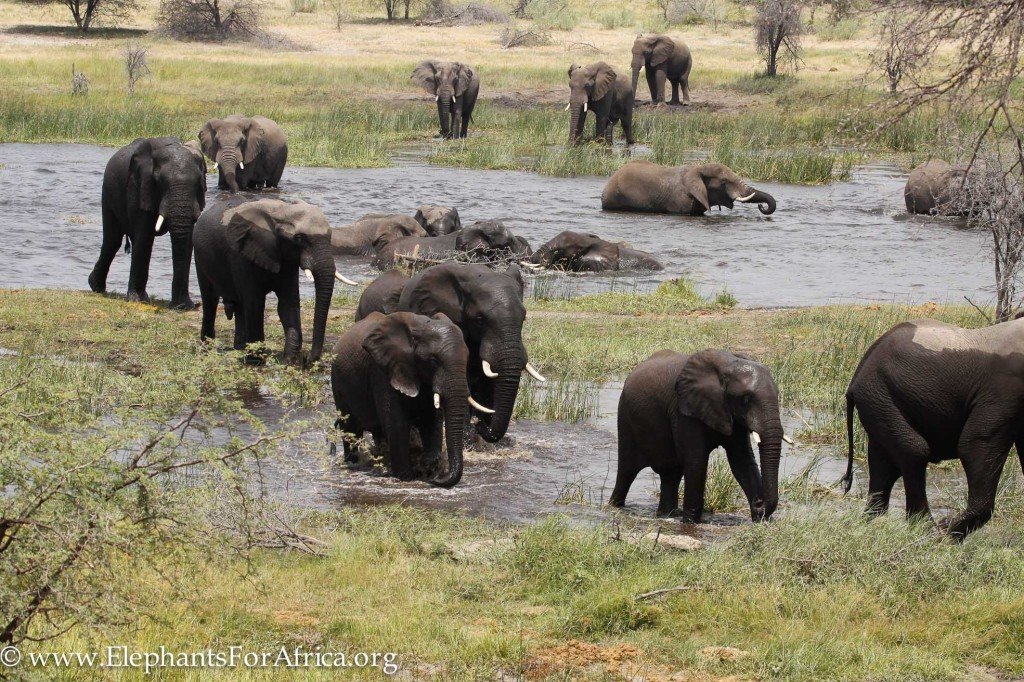 Bulls in the Boteti River

We are very grateful that current Covid19 government guidelines and restrictions allow us access to the Makgadikgadi Pans National Park and can continue with our observational work on the elephant population. The majority of which are still male, although we are seeing more female herd activity in the area particularly through our camera trap survey. Of course, the pandemic has not affected the social network of the elephants, and they have been free to meet up and interact and maybe they have enjoyed the quiet of fewer visitors to their area! It will be interesting to see if after the quiet their behaviour changed and in the initial period that we and tourist return they are more skittish in their behaviour as they get used to hearing and seeing us again in their area. We hope that recommendations where you are allowing you to see more of your friends and family.

Another aspect we will have to take into consideration for our study is the weather when times are tough and food resources scare versus a time of abundance. Thanks to good rains following years of drought the elephants are enjoying a time of plenty and are spread wide and far and so they are harder for us to track down and find as they are not being drawn to the river for water. They are however being drawn to the community lands, as it is harvest season and so we are responded to farmers calls to let us know they have been raided and getting some sightings of elephants on the community side to contribute to our study.

Hunting has resumed but with restrictions on travel for many countries, it is not clear how many hunts will take place this year. We now have good baseline data for comparison and will of course continue with our weekly research drives as we head out of summer into what is predicted to be a cold winter.

We look forward to updating you again soon. Thanks so much for your continued support of our work and until next time, stay safe. 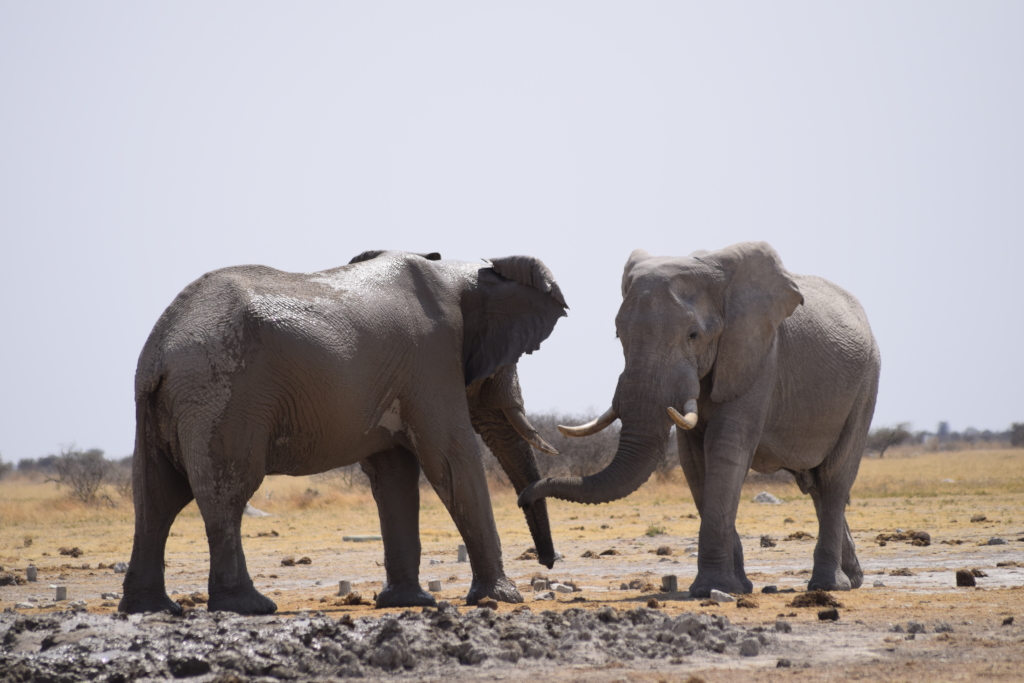 When faced with a problem, we are all looking for quick and easy solution which ideally should have long-lasting effects. And sometimes we are lucky: As scientists we are impressed how quickly the new vaccines against Covid-19 have been developed. Thanks to large sums of money and a multitude of people working to solve the problem, we are hopefully soon going to be able to return to our normal lives.

However, to develop scientifically sound solutions for the conservation of long-lived species, we are often faced with long-term studies which span over years or decades. To understand the impact of different environmental variables, we first need to establish the baseline data. In our case, this means establishing the average response of elephants to the presence of humans. Therefore, we conduct weekly research drives and for each elephant we encounter, we note its behaviour upon our approach ranking from no response to flight or attack. As individual elephants vary quite substantially in their behaviour and their response may vary slightly from one week to the next depending on their experiences shortly before our encounter, we need a fairly large amount of data.

Once the baseline data have been collected, we need to understand how much variation can be explained by intrinsic and extrinsic factors which are unrelated to the problem we are investigating (here the resumption of hunting). We now have over 6 months of data on elephant behaviour and should soon be able to statistically model the impact of an elephant’s characteristics such as age or body condition (intrinsic) and environmental factors such as group size or distance to the car (extrinsic) on their behavioural response. Comparisons with these baseline data, collected over the past months, will enable us in the future to assess any changes in the elephants behaviour with the resumption of tourism and especially hunting.

We are very grateful to all our donors on GlobalGiving as well as the Elephant Management Association who supports this project with 1000US$. Without your continuous support, the continuation of this project would not be possible. And while we all wish for imminent solutions, we sometimes need to be persistent and approach a problem on a long term basis to understand how best potential issues can be addressed.

The next year is right at our doorstep and we feel inspired by the general mood of invigoration. After the helpless feeling of being stuck in the middle of a global pandemic, everyone seems to be ready to tackle some of the local issues, like human-elephant conflict, which they can address with some outside help. Let’s continue to work together to help elephants and people thrive in Botswana’s pristine wilderness areas. 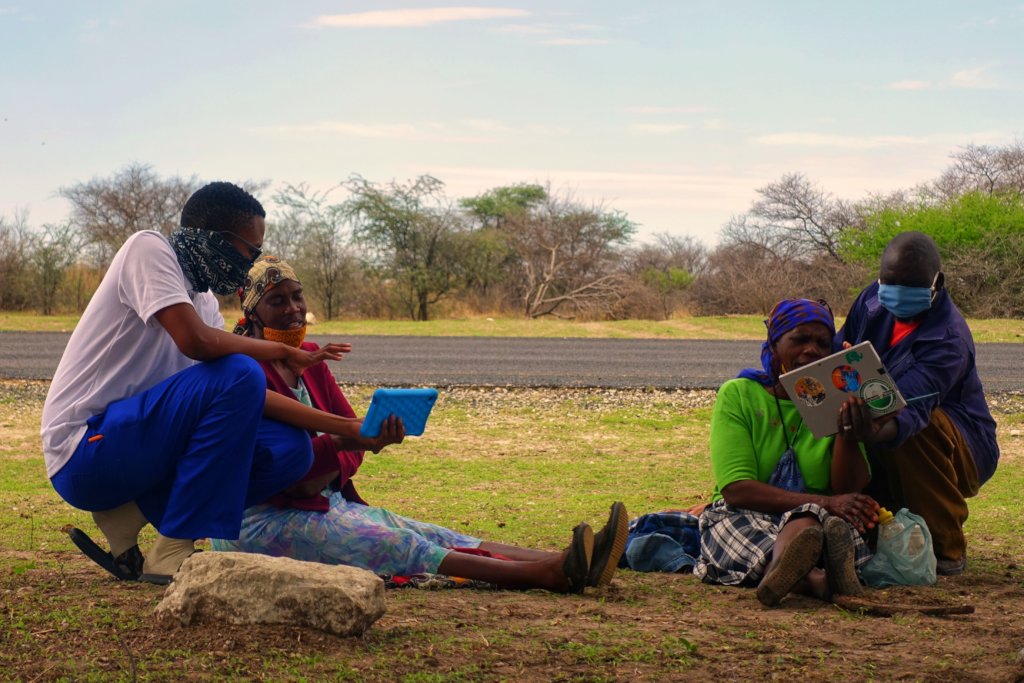 Discovering the variation in elephants behaviour 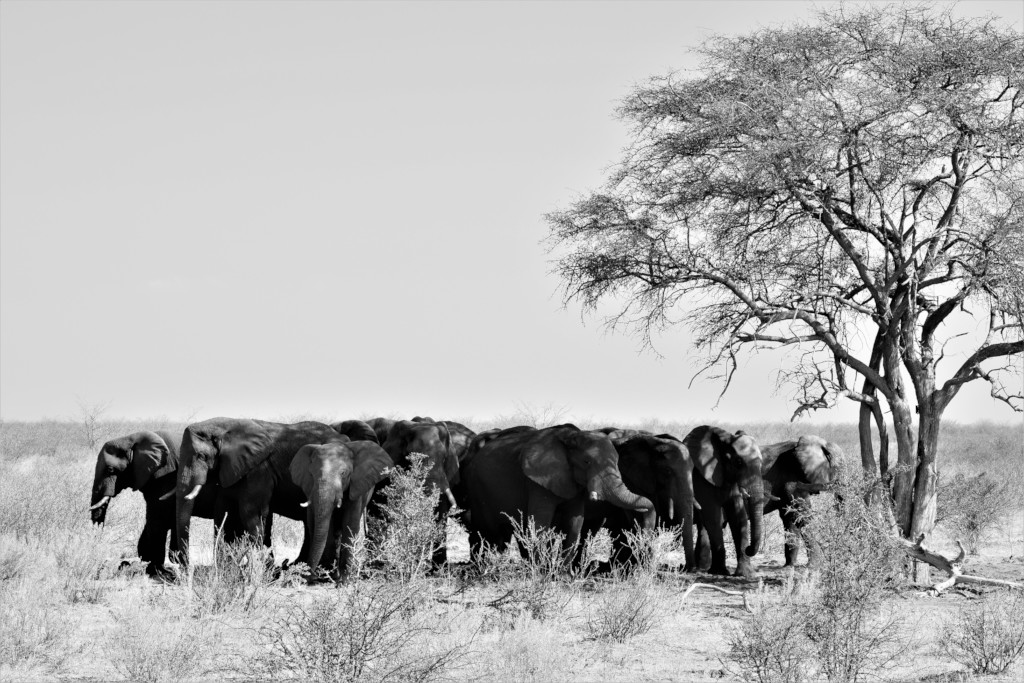 A group of male elephants resting under a tree

The elephant population in the Makgadikgadi Pans National Park is unique with more than 95% of the population being males. As males have no young to defend, they are usually less skittish than the breeding herds. Thus, most males stay fairly calm when approached by our research car. However, there are certain factors that can have an impact on the strength of their response when we approach them, which range from completely ignoring our presence to them running away.

One aspect that clearly affects an elephant’s behaviour is the distance to the car – the closer you approach an elephant the more likely it is to get nervous and move away. You should therefore never approach an elephant too closely when on safari. This is for your own safety, but you will also have much more fun observing the animal carrying out its normal behaviours in its natural environment when you respect its personal space.

The second aspect is the elephants age. An old elephant bull has hardly any enemies in the African bush and they are past the age where they need to test their strength sparring with other males. Thus, they rarely respond to our presence and often completely ignore us, which can be slightly irritating if we are trying to get back home and they are standing on the road in the way!

Group size and group composition are also likely to play a role in an elephant’s behaviour. Larger groups may provide a sense of security, even more so when they contain older bulls. The young ones could therefore react less strong towards the presence of our car. On the flip side, this sense of security can encourage them to test how far they can go – leading to a mock charge, ears out trumpeting, rather than a retreat.

We still need to extend our dataset to fully understand how much an elephant’s behaviour is influenced by these different factors. The degree of their importance is important to understand, so we can feed this information into our later analysis to see whether any behavioural changes are really due to hunting or due to shifts in age structure, e.g. due to an influx of younger males. We look forward to keeping you informed of our findings and the progress of the project. 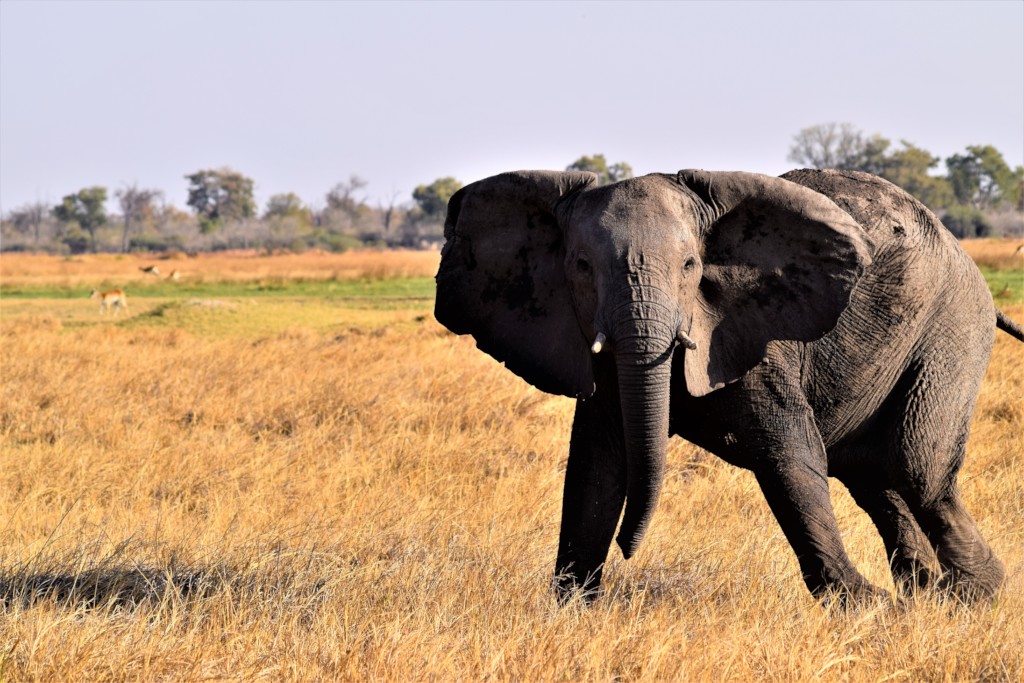 Nervous response of a young elephant Project Leader:
Kate Evans
London, United Kingdom
$3,598 raised of $6,750 goal
You last donated to this project on
90 donations
$3,152 to go
* Amounts in US Dollars
Donate Now
Donate once
Donate monthly
$15
USD
Yearly air rescue subscription for a Botswana team member
›
$25
USD
Fuel and car maintenance costs for one research drive
›
$65
USD
Monthly research permit fees
›
$120
USD
Costs to run a Living with Elephants workshop in one of our partnering communities
›
$250
USD
Monthly costs for the time our research assistant will invest in this project
›

Donating through GlobalGiving is safe, secure, and easy with many payment options to choose from. View other ways to donate
Elephants for Africa has earned this recognition on GlobalGiving:

GlobalGiving
Guarantee
Donate https://www.globalgiving.org/dy/cart/view/gg.html?cmd=addItem&projid=46827&rf=microdata&frequency=ONCE&amount=25
Please Note
WARNING: Javascript is currently disabled or is not available in your browser. GlobalGiving makes extensive use of Javascript and will not function properly with Javascript disabled. Please enable Javascript and refresh this page.