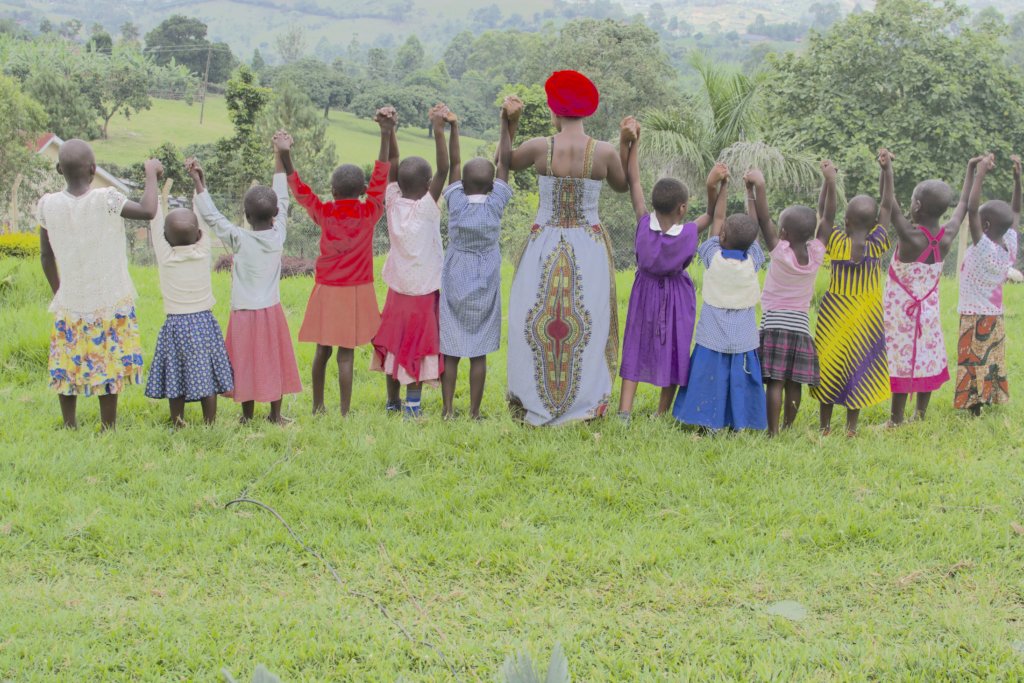 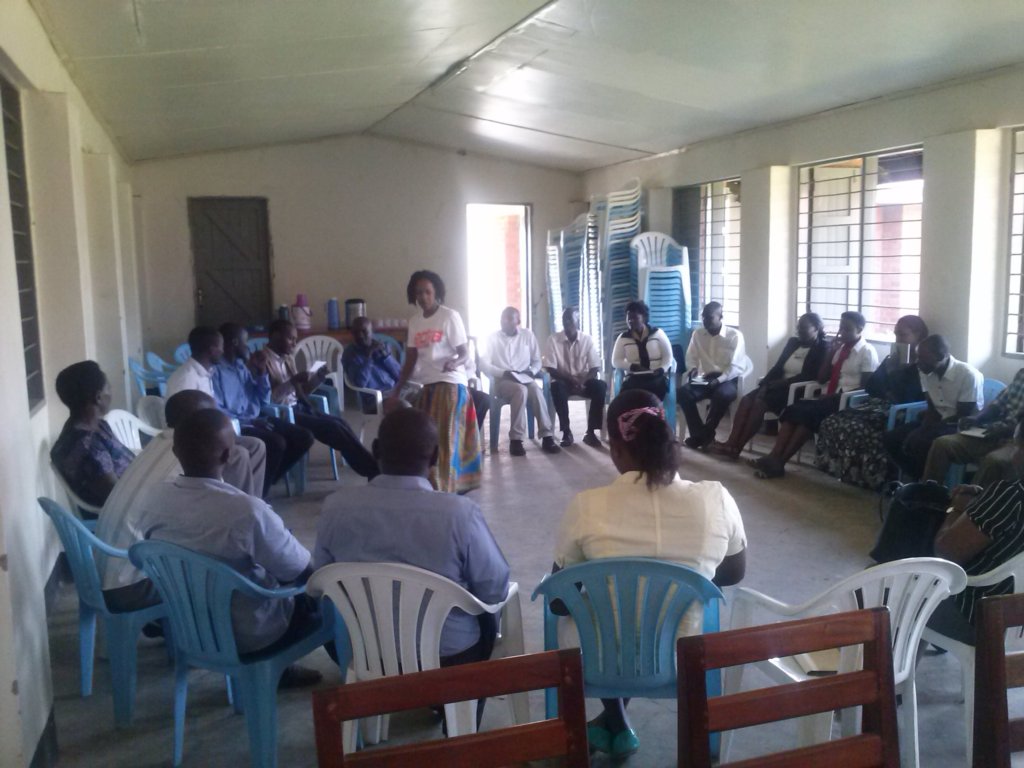 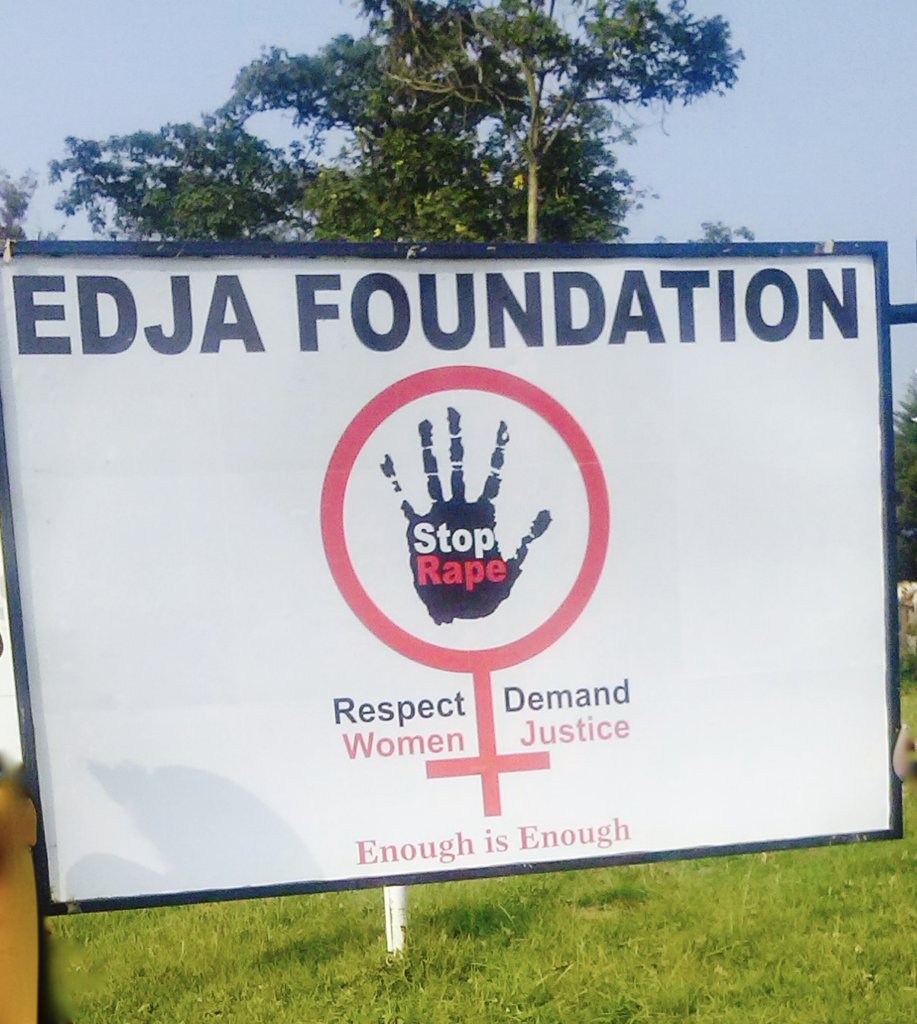 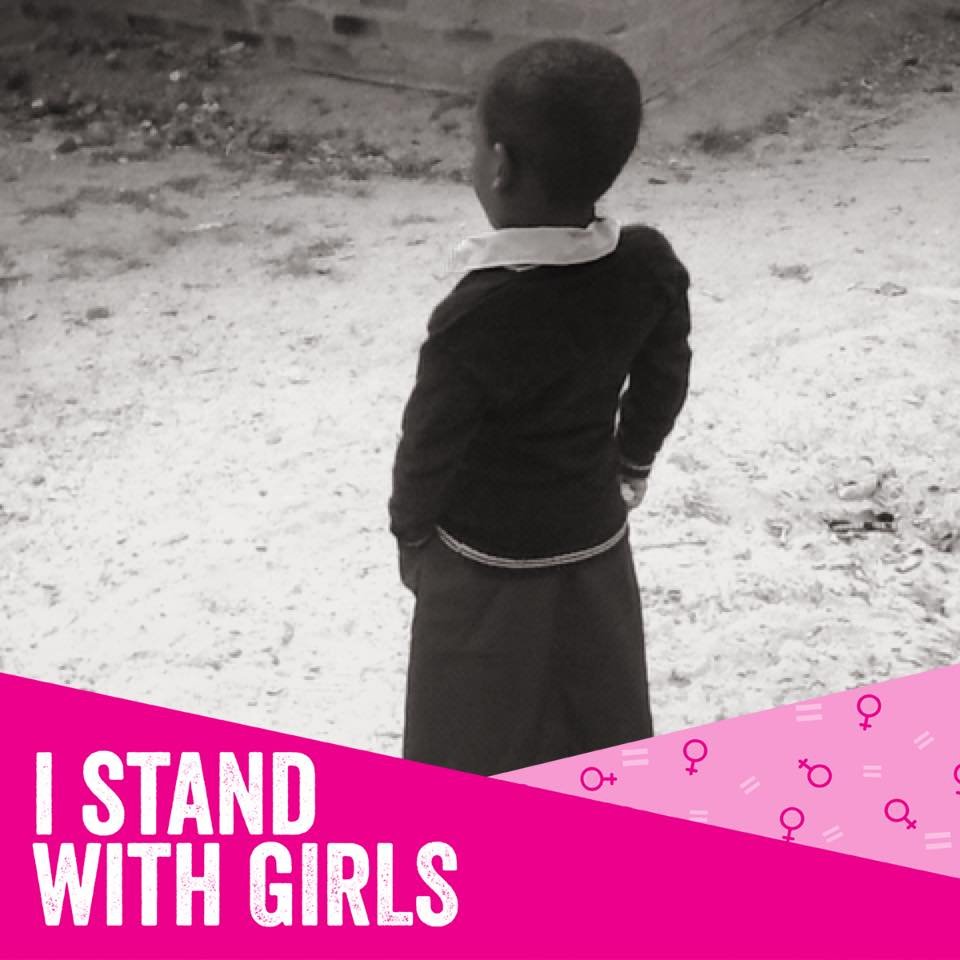 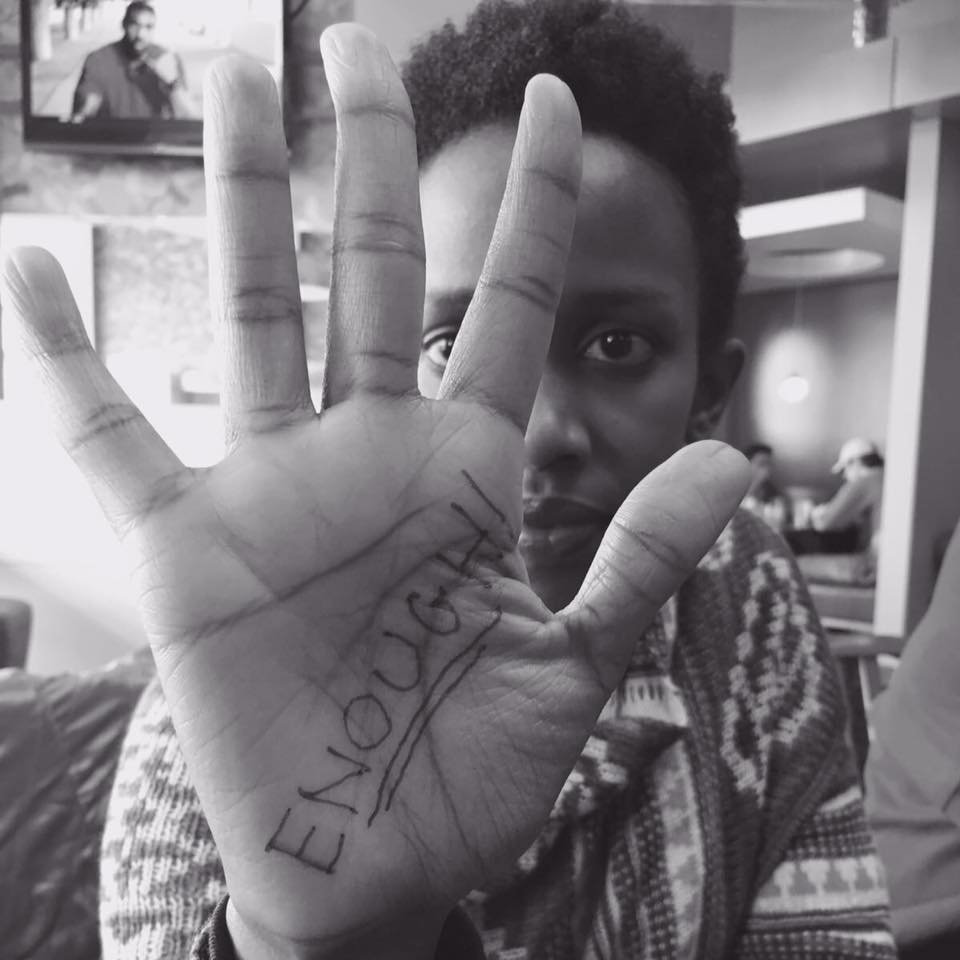 You are healing communities 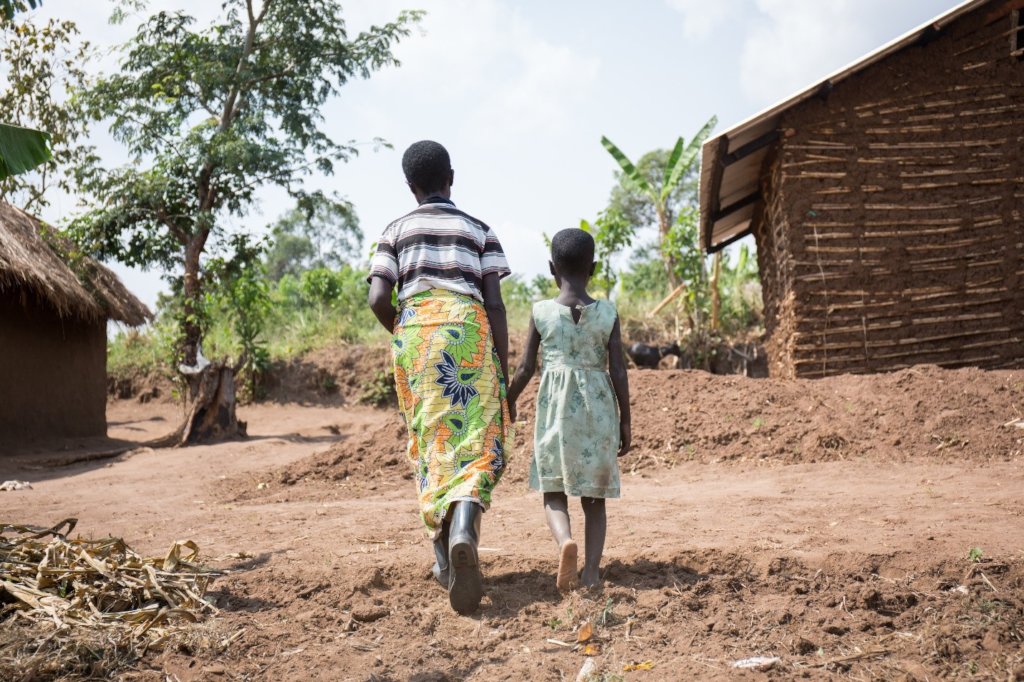 This year you built two EDJA Healing Centers in Kambuga and Kanungu, giving survivors places they can go to receive help and medical care. In the last four months, you’ve registered an estimated 106 survivors. Thanks to your support, all survivors received FREE counseling, medical, and legal support. Though survivors in your community may receive support, many still face the trauma of their experience, but they have you in their corner.

Because of your support, students are able to stay in school and grandmothers are able to keep providing for their families. Thank you for being a hero!

You made Kara fearless 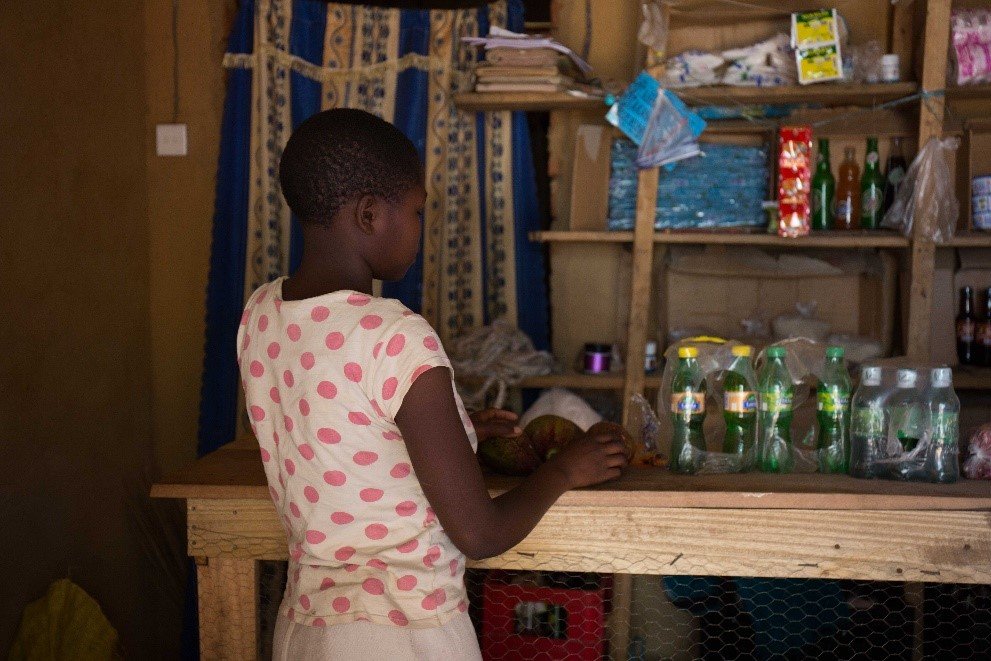 Kara was only 10-years-old when her mother left her at home to cook dinner alone. While cooking, an unfamiliar man approached her asking questions. Kara sweetly answered his question not thinking much about it. He persuaded Kara to follow him into the woods by saying he’d give her money for more food. Kara being an innocent child followed him. After reaching a distance from her house, he began to rape her. She began to cry in pain, but he threatened to kill her if she continued to cry. After Kara’s assault, her family searched for ways to find justice. You gave Kara and her family the justice they were looking for when they found EDJA. The perpetrator was caught by EDJA’s legal team and brought to the police. The community was overjoyed to have him put behind bars. He not only sexual assaulted Kara but many other girls in her community, but unlike Kara, they kept quiet about their attacks.

You guided Kara towards healing. After her attack, Kara was able to receive medical treatment and counseling. She can now move forward and go to school without fear.

Jackson has a new book 'Victory for my Village' coming out. To learn more about how to get your copy click HERE

Nyaka's new documentary 'VICTORS'  is coming soon. This powerful documentary highlights EDJA's effort to open everyone's eyes and hearts to the most remote and powerful #metoo movement of our day and the fight against sexual violence in rural Uganda. You can click HERE to find a screening near you. If there is no scheduled screening near you, you can contact Nyaka to schedule a screening in your community. 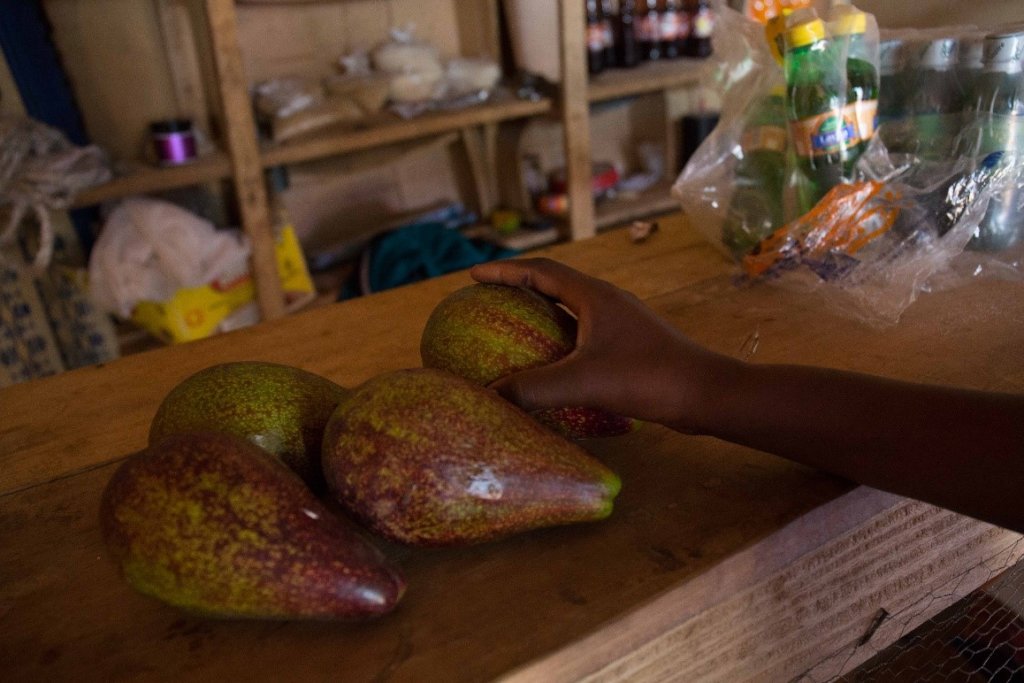 You give survivors a chance 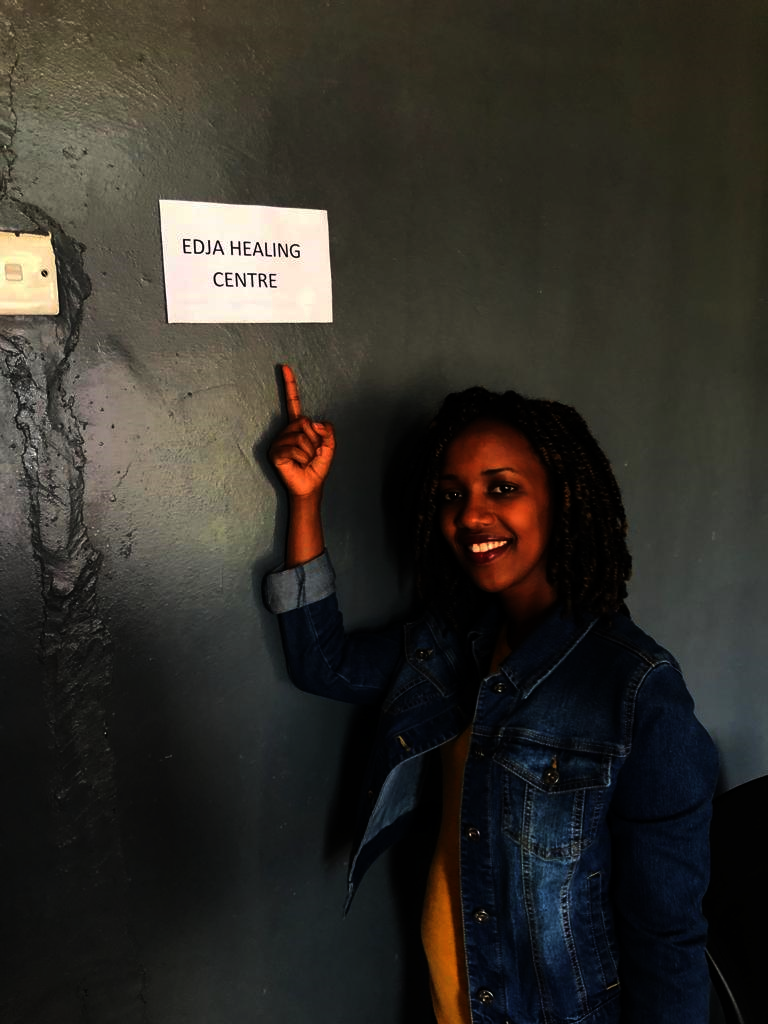 Thank you for being a champion fighting child abuse, sexual assault, and domestic violence in rural Uganda! Thanks to you, EDJA has had undergone exciting changes in the last year! Not only has the EDJA Foundation merged with Nyaka to address sexual assault in Uganda, but EDJA has also opened a second healing center at in Kanungu where survivors can go for emergency medical support, counseling, and legal advocacy

EDJA works with community police, judiciary, and leaders so survivors can receive the justice they deserve. So far, you are helping more than 80 survivors work towards their healing. This includes children as young as four years old. You are giving survivors the loving support they need to work toward their healing.

Since the launch of your EDJA Healing Center, more than 400,000 people have been educated about sexual and domestic violence through school visits and radio programs.

Thanks to your generous support, we held the second annual Walk to End Gender-Based Violence in July. You brought 3,000 people together to march for equality and listen to great speakers share about how they can help their community fight sexual and domestic violence.

Because of you, communities in Uganda are learning how to support survivors and find help when they need it.

You are a true champion in the fight against sexual and domestic violence! Thank you!

Jackson has a new book 'Victory for my Village' coming out. To learn more about how to get your copy click HERE

Nyaka's new documentary 'VICTORS'  is coming soon. This powerful documentary highlights EDJA's effort to open everyone's eyes and hearts to the most remote and powerful #metoo movement of our day and the fight against sexual violence in rural Uganda. You can click HERE to find a screening near you. If there is no scheduled screening near you, you can contact Nyaka to schedule a screening in your community.

You Empower Victors through Compassion

Your compassion helps survivors find comfort in their community again.

Caroline* and her friends were busy studying for their final national exams. To find a place to read together at night, they would meet at church. Caroline was determined to ace her tests. One night, Caroline went to the church expecting her friends to meet her, but none came. She stayed to study. When she was too tired to keep reading, she fell asleep, alone.

She wasn’t alone though. Her neighbor saw her enter the church. When he realized no one else was going to come, he grabbed her neck. She tried to scream, but he covered her mouth, neary suffocating her. Then he raped her.

Caroline told her parents. Since the rapist was her neighbor, everyone in her village soon knew what happened.

This is how Caroline described what her life was like after her community found out: “My classmates keep saying I smell like rape. They don’t want to sit with me in class. As I walk home, the children of my rapist have waited for me and try to beat me. I never feel comfortable, even at home, because my thoughts keep going to that day every time I’m alone. I see my rapist every time I’m alone, and sometimes when I’m asleep, he comes in my dreams.”

Caroline thought her only escape from her pain would be to kill herself, but your kindness has literally saved her life. You are giving Caroline free counseling to overcome her trauma.

The community education you provide is helping improve understanding of sexual assault. Though Caroline still faces stigma for speaking about her attack, she has you in her corner. Because of you, she has a social worker and the emotional support of other survivors. They remind her that she is valuable.

Girls like Caroline should be able to find support from their community, not be blamed for their own assault. You’re helping make that change. Thank you!

*Names have been changed

You Provide Phionah with a Support System 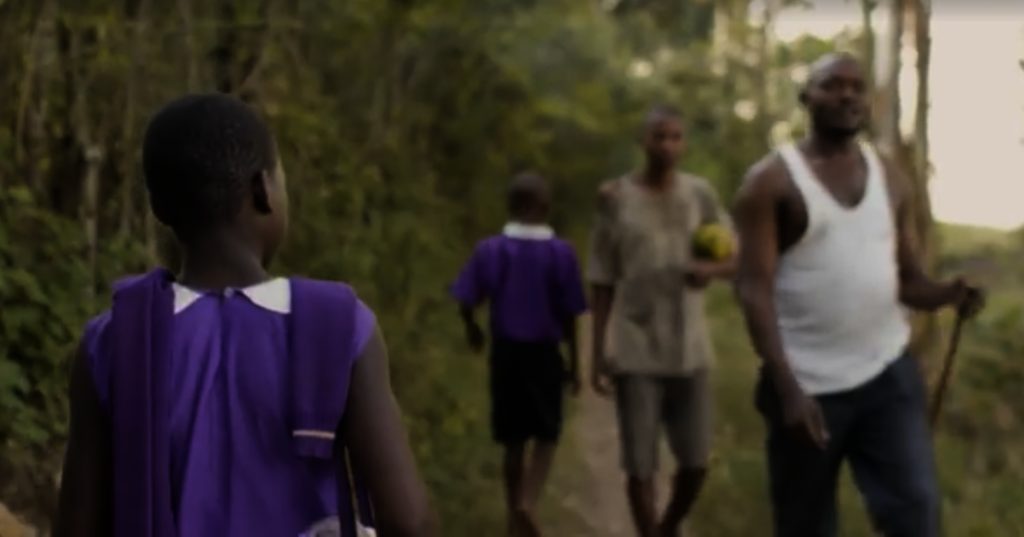 Your kindness has allowed Phionah* to find a group of other girls involved with EDJA, so she knows she is not alone in her recovery.

Phionah* was known in the neighborhood for running away. She would run from home and stay away until late at night, hoping her father would be asleep. Her neighbors saw, but no one ever said anything.

Phionah’s father eventually channeled his rage toward his five-year-old daughter. He started sexually abusing her. He threatened to kill Phionah if she ever told anyone. To protect herself, Phionah kept her abuse a secret. She tried to avoid her dad, even if that meant running away almost daily and fending for herself.

After seven years of abuse, a new neighbor noticed the 12-year-old’s odd behavior. He saw how the father changed around his daughter. It was obvious what was happening. The neighbor tried to tell a local village leader, but they didn’t want to deal with the problem.

However, thanks to your support, the neighbor had options to get Phionah the justice she deserved. He contacted EDJA and went to the village police. The police caught the father as he was abusing Phionah. He couldn’t escape charges.

Phionah’s grandmother adopted her grandchild. She came to EDJA later for counseling. EDJA also connected Phionah to a support group of other abused girls. Because of you, she’s working towards healing.

Thanks to your support, EDJA is able to empower girls like Phionah.

Follow the link below to watch a five minute video taken from the upcoming documentary, VICTORS, which tells the story of EDJA Founder, Tabitha Mpamira-Kaguri, and her fight against sexual and domestic violence in Southwest Uganda.

*Names have been changed

Donating through GlobalGiving is safe, secure, and easy with many payment options to choose from. View other ways to donate
The Nyaka AIDS Orphans Project has earned this recognition on GlobalGiving:

GlobalGiving
Guarantee
Donate https://www.globalgiving.org/dy/cart/view/gg.html?cmd=addItem&projid=26979&rf=microdata&frequency=ONCE&amount=25
Please Note
WARNING: Javascript is currently disabled or is not available in your browser. GlobalGiving makes extensive use of Javascript and will not function properly with Javascript disabled. Please enable Javascript and refresh this page.