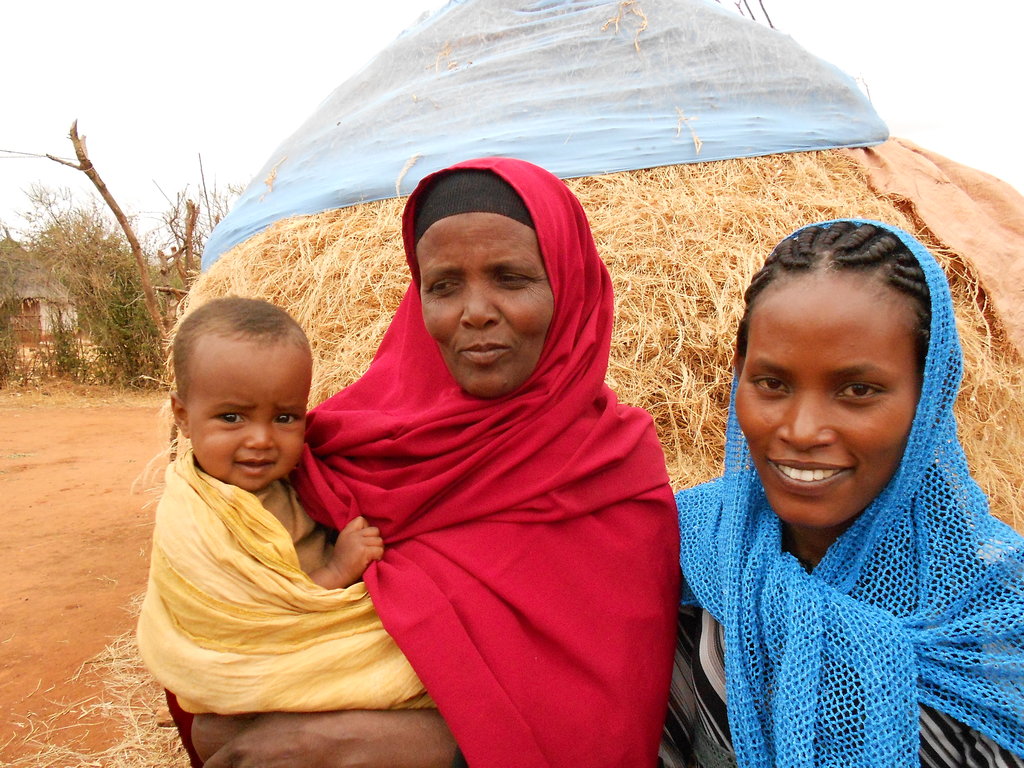 Counting Until the Cows Come Home 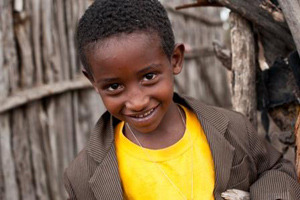 Negassa is a survivor

Thank you for your generous support of Save the Children's efforts in East Africa. Much progress has been made and we wanted to share a story of hope for the future. Here's Negass's story, a young boy in Ethiopia who survived the hunger crisis and is now thriving in our education program.

One look at six-year-old Negassa Bekana and it's obvious that he is an active and curious learner. In the early childhood development classroom at the Save the Children supported Jemjem Community-based School in Jemjem, Ethiopia, Negassa chats away with his classmates and gets to work on solving colorful hand-painted wooden puzzles featuring common household animals like roosters, hens and baby chicks.

Negassa's mom, Abeblech, agrees saying, "Negassa is an extrovert and is very inquisitive. He asks his older brothers many, many questions, often causing them to laugh as they try to answer him." Like many young boys his age, Negassa is incredibly energetic. He also is quite a character, with a quick grin and opinions of his own. His mother says that "he loves playing with neighborhood children and often tells them that they should play like him."

When asked about his favorite school activities, Negassa says "I like school. And my favorite thing to do [at school] is counting." And Negassa is a great counter. He quickly counts to 100 in Oromo, the local language he speaks at home and school.

Negassa, 6, with his mother, Abeblech, is learning the alphabet with a chart provided by Save the Children's early childhood development program. Photo by Susan Warner

This little boy can count until the cows come home, and at his house that number is three. But there's no shortage of things for Negassa to count around his family's home, including nine chickens, four goats, three cattle and two dogs.

Even for charismatic kids like Negassa, early childhood development program help children learn outside of the classroom and parents are encouraged to help their children practice basic skills and stay healthy at home.

Negassa's mom, Abeblech explains, "every Friday, Negassa reminds me that he needs to have his clothes washed before he goes back to school on Monday." And Negassa doesn't stop there, he also spreads the word to kids in the neighborhood, reminding them to arrive at school in clean clothes and having bathed.

Abeblech also received an alphabet chart from Save the Children that she regularly reviews with Negassa at home. "In the 10 months since he has been enrolled in the early childhood development program, Negassa now recognizes his letters," she says.

Negassa, 6, with his mother, Abeblech, counts the cows and other farm animals as a way to help develop his basic math skills. Photo by Susan Warner

Parents like Abeblech, and others, are doing their part to help parents in the rural farming community of Jemjem, many who are illiterate or have received little education, ensure their children are learning. About six months ago, Abeblech was elected by her community to represent them on the School Management Committee, and has embraced her role in mobilizing local parents to send their children to school and take an active role in their education.

Not to be left out, Negassa is doing his part too. Although he usually walks the 30 minutes home from school, today the journey home is a special one as he rides in a Save the Children jeep, which bumps over fields and cattle paths to Negassa's home. His face can barely contain his smile as he experiences his very first ride in a car. Almost as soon as he arrives at his family's home, he is off like a gold-medal sprinter to tell his friends about his adventure home and to show them the jeep that is parked on the opposite side of the dry riverbed.

Negassa's news spreads quickly, and soon a crowd of curious children stands next to the jeep. Here's hoping that Negassa's love of learning is just as infectious as he grows up!