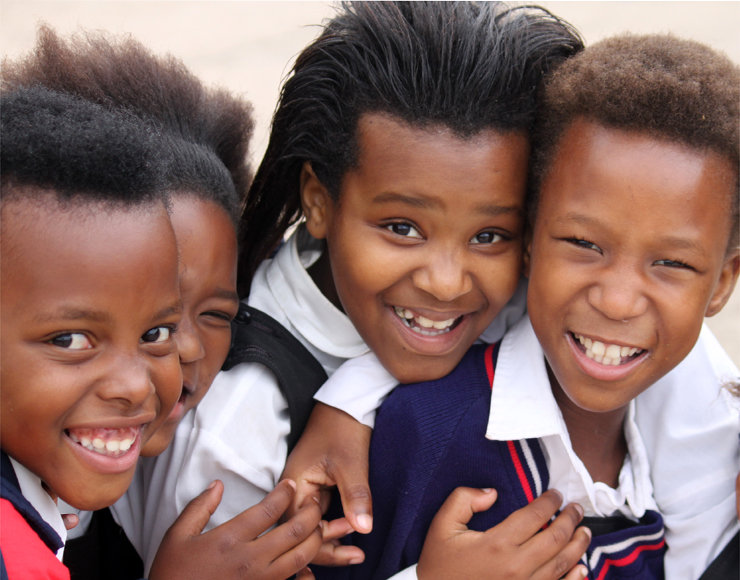 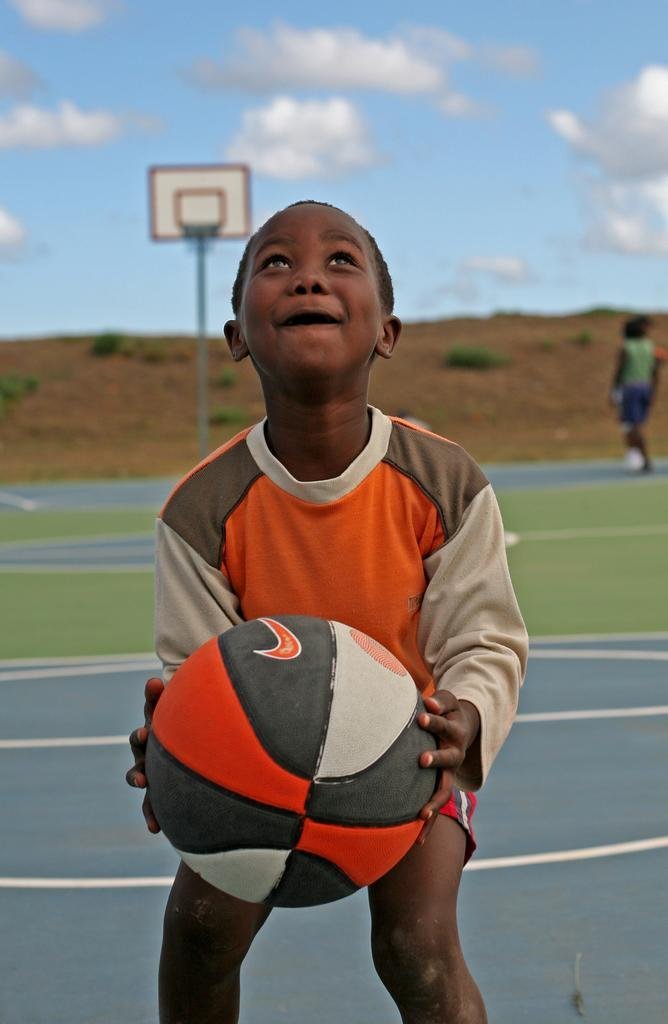 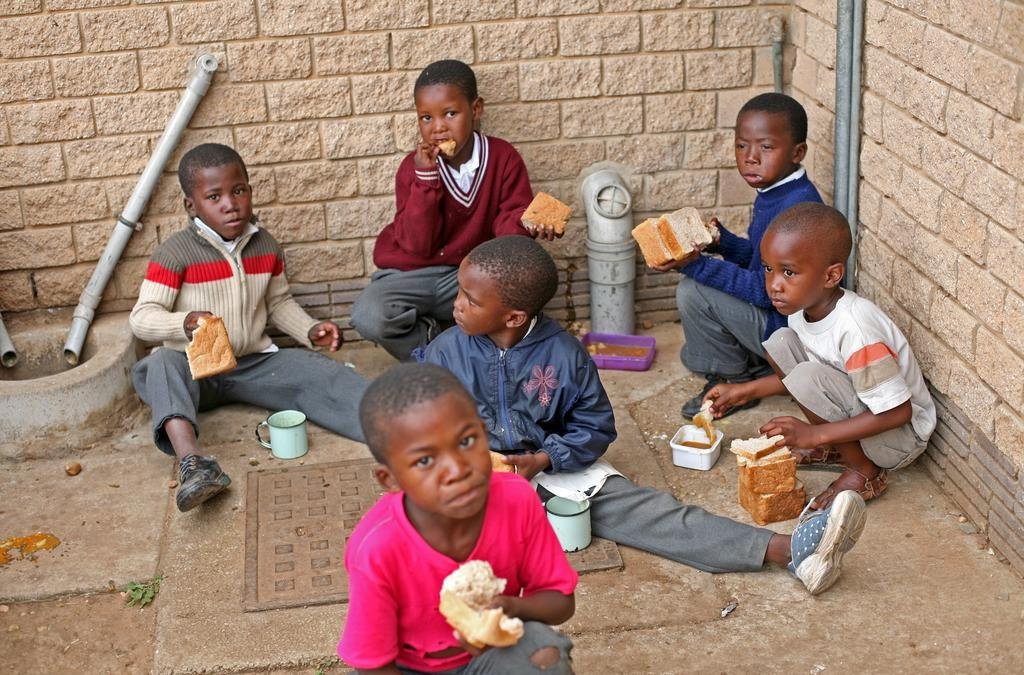 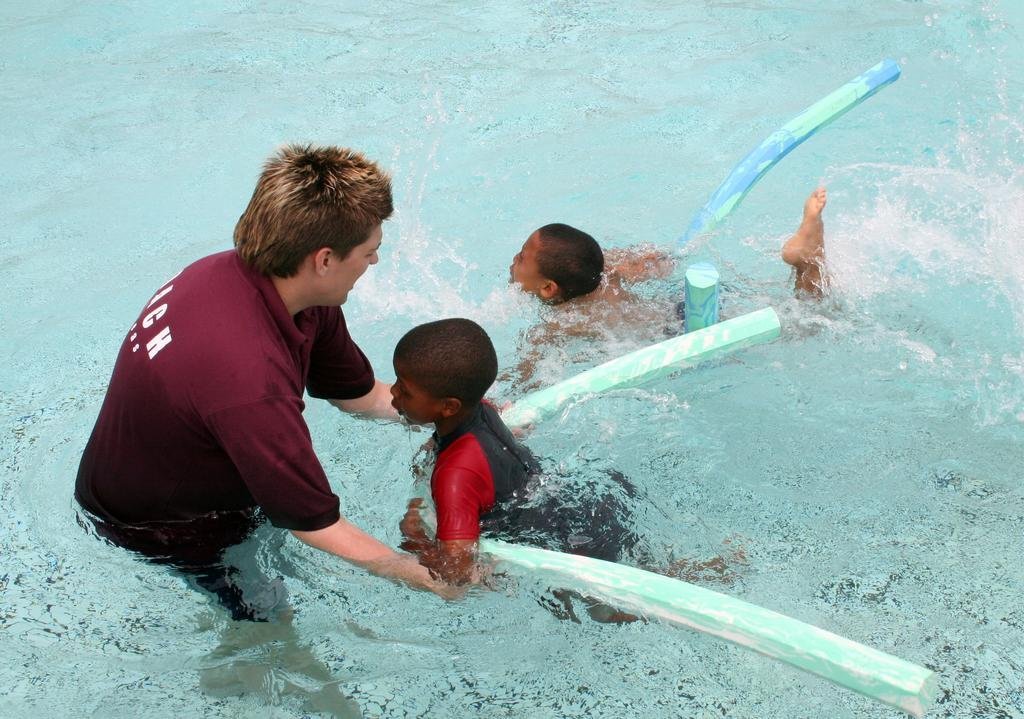 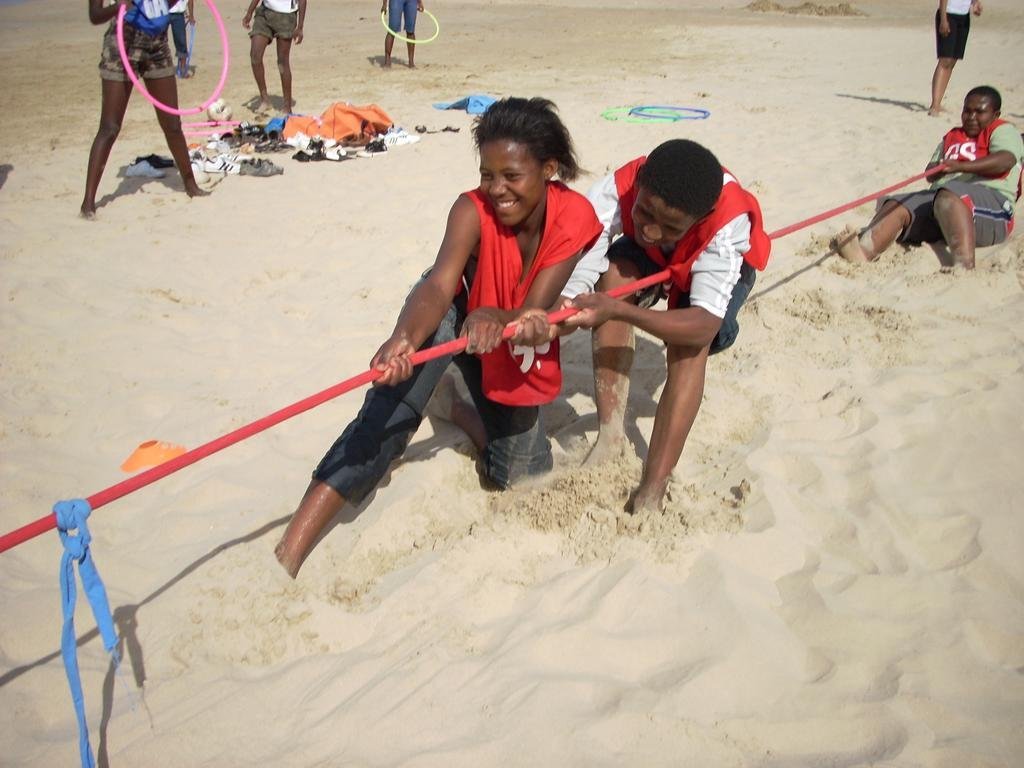 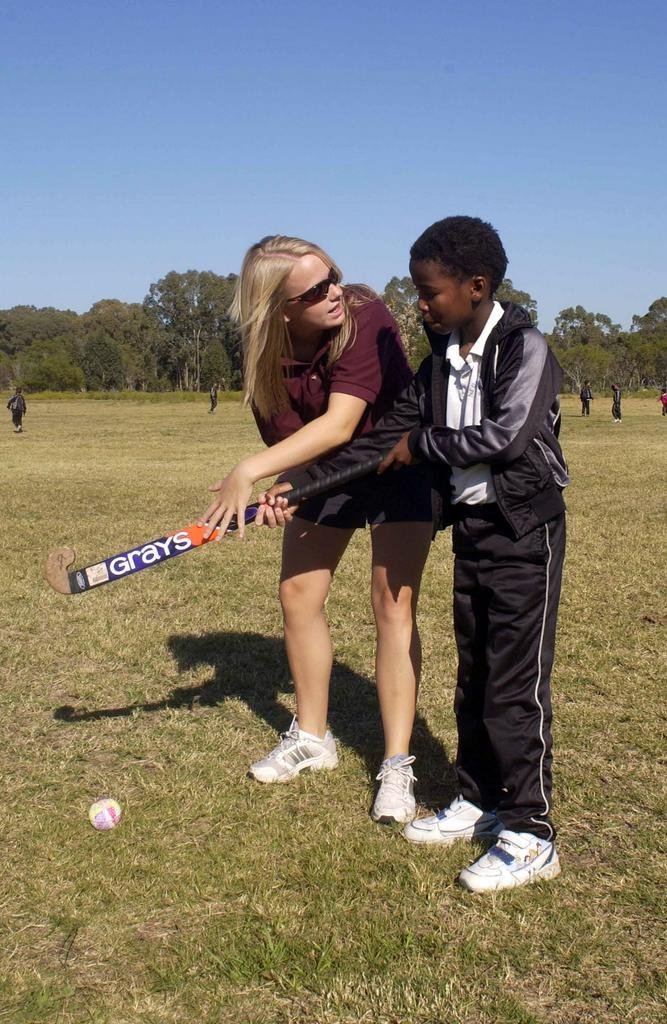 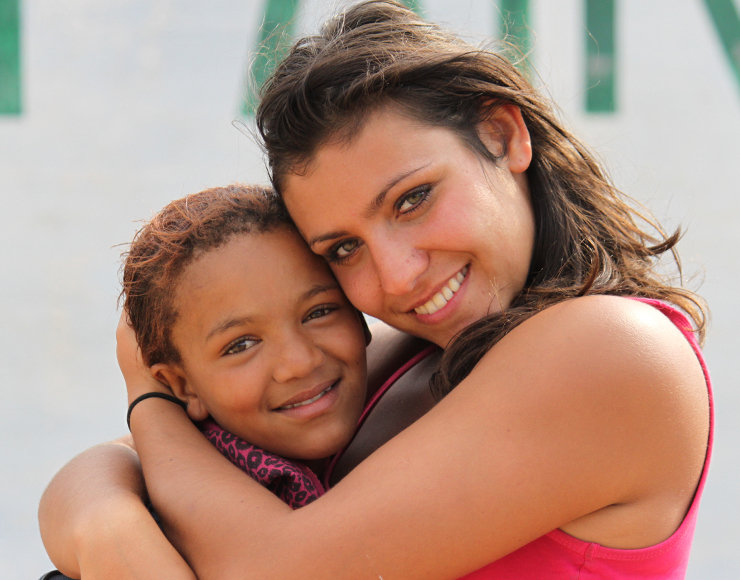 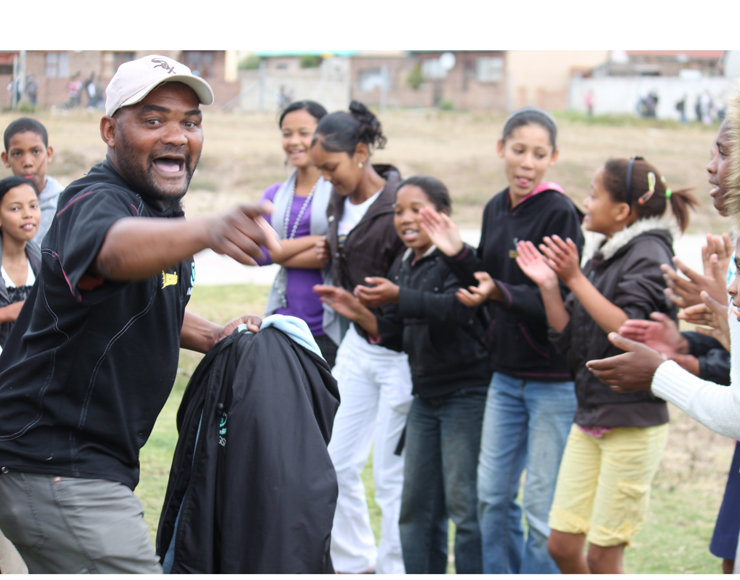 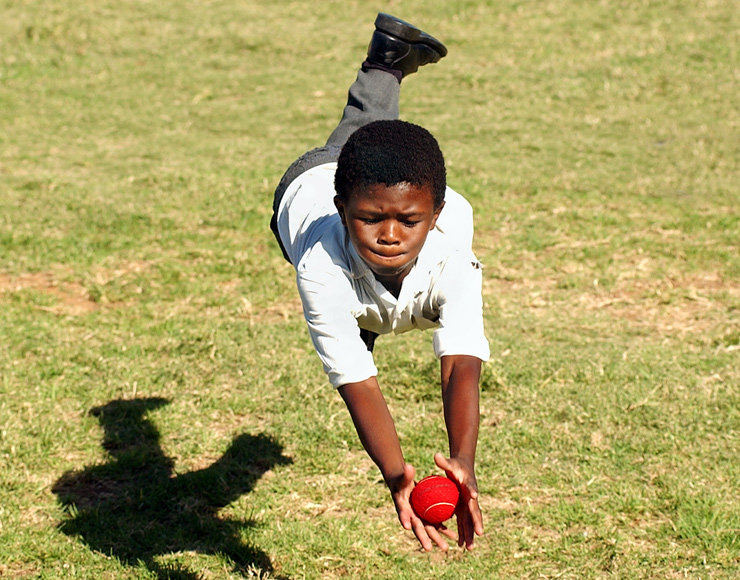 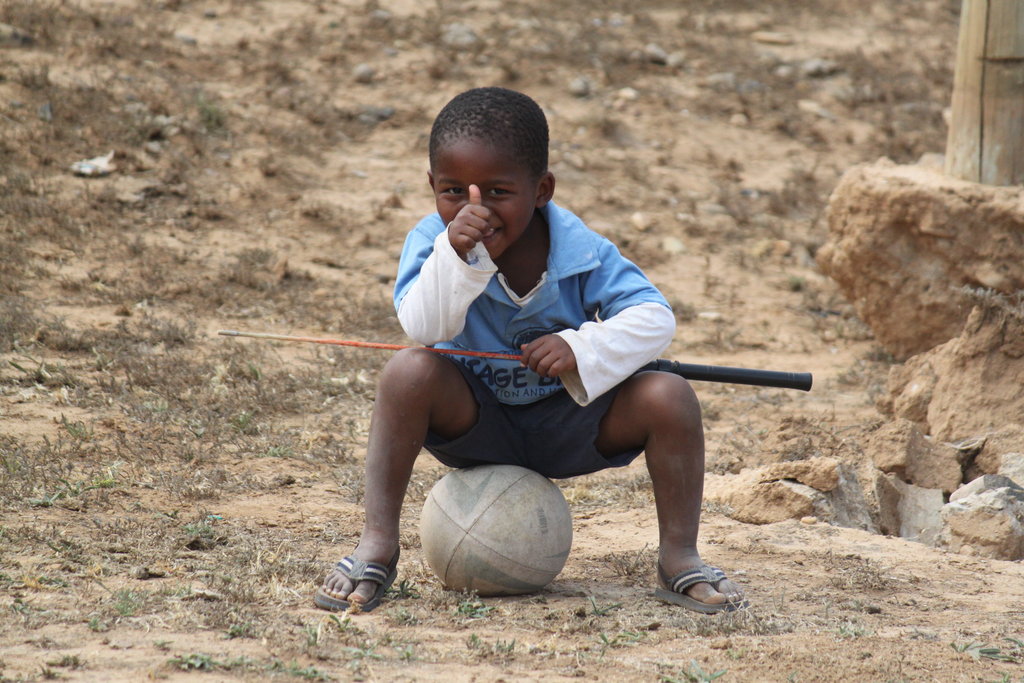 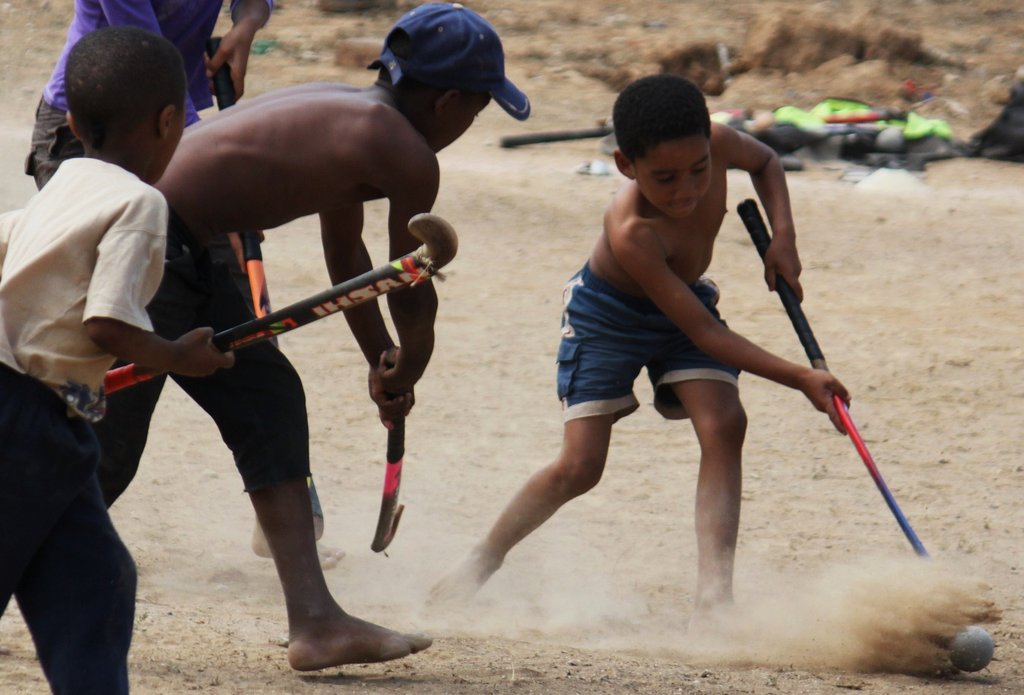 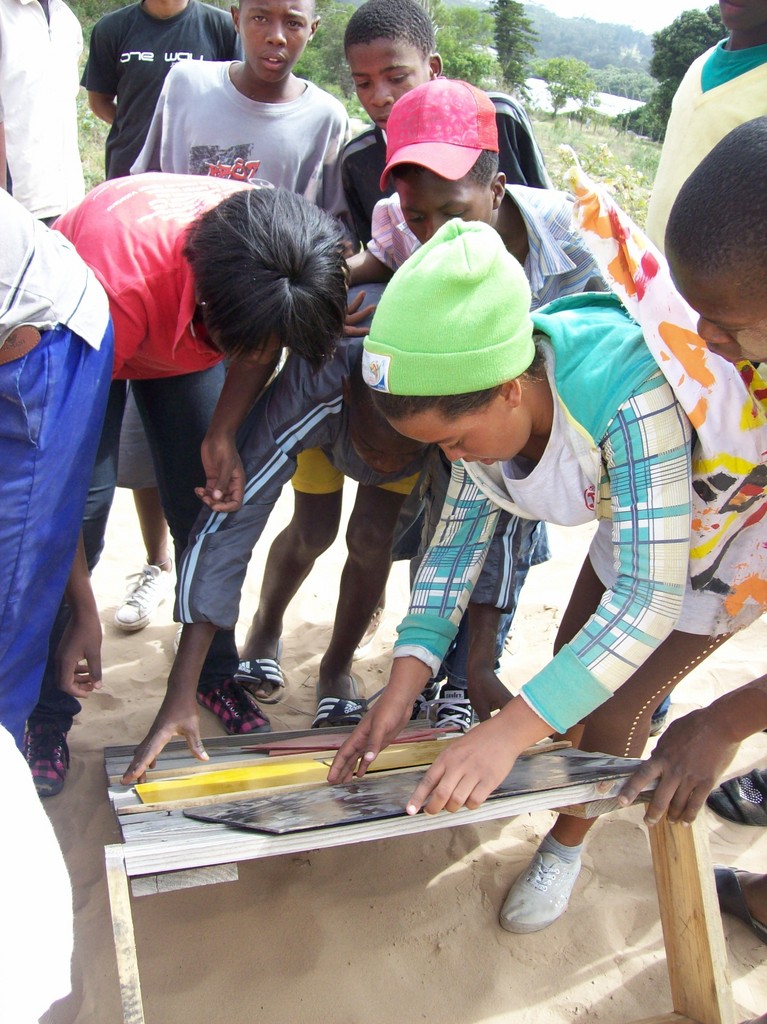 On the 28th January 54 United Through Sport SA students embarked on a wonderful journey to Bushpig Adventures in Kragga Kamma. They boarded their Algoa Bus along with Shanki, Thembani, S’dima, Spakes and Jessica and left their school at 8am. The purpose of the camp served as many things, a reward for those kids that had performed well and had participated fully with good attendance last year, as well as for new members of the scholarship program to get to know each other and the staff, and finally for the students to develop their life skills, leadership and teamwork during the camp.

When they arrived at Bushpig adventures they were warmly welcomed and greeted by very energetic facilitators. They then had to walk up the hill to the base camp as the Algoa bus could not get there. Bushpig adventures is situated upon a picturesque hill overlooking the farm, ocean and surrounding homes. First the students were treated to a group welcome and introductions in the boma. They then were split into five groups and given a blank flag and paint box. They had to make up a name for their group, a group flag with a logo and a tribal dance. All of this had to be accomplished in an unknown language that wasn’t linked to English, Afrikaans and Xhosa. The groups had a lot of fun preparing for their presentation and really went all out with their creativity and teamwork!

When the time came to present, all the groups took it very seriously and were all very entertaining. In the end we had a winner for the best flag and story and a tribal dance winner. The students were told that they must treat their flag as one of their members and guard it, because if one of the facilitators managed to take their flag, they would be punished. The students were then treated to a snack before they proceeded to their next activity. The next teambuilding activity consisted of 2 different events. A large group had to make a line and hold long poles, and then one by one, they would walk over the poles, practising balance, teamwork, trust and bravery. It was quite a sight to watch. The second was broken into two smaller teams and they each had to lift up a team member above their heads, this showed communication and teamwork.

After these events, a third activity consisted of the team’s members having to make a line and then catch a falling teammate who was standing on someone’s shoulders. This was very scary for the student who had to fall, as they had to have complete trust that their teammates would not drop them. The message of teamwork and communication was then explained to the students.

Then it was time to unpack and settle in. All the students marched down to their accommodation and unpacked and then settled down for a nice lunch and pep talk. After lunch it was time for the build-a-bridge challenge. This really tested the students as they were given a collection of small logs and planks and had to make a bridge that was strong enough to hold all of their team members. They then had to continue this bridge until the finish line, passing logs and planks from the back to make new sections in the front. If any of the bridge fell onto the ground, the team had to go back to the beginning. The teams showed an extreme amount of patience, teamwork and resilience as some of them were sent back a couple of times. We were very proud of our teams and their performance in this challenge.

After a small break it was time for the puzzle activities. There were four stations. Station one was trying to get a tyre off a long pole without it touching the pole. Station two was a puzzle where the students had to move a series of tyres from one pole to another. Station 3 was a log balance course and station four was a spider’s web where each of the team members had to fit through. All of these activities tested the student’s teamwork, communication, skill and creativity.

It was now relax and shower time, before supper. Most of the students enjoyed time to relax and socialize. Before supper there was a "sing-off" between the girls and the boys, which everyone enjoyed. After supper the students were treated to a night walk, through the surrounding forest and fields. No torches were allowed and the students had to use the light of the moon to guide their steps. They all loved the night walk and found it very exciting. After the night walk we made a huge bonfire and some told stories to make the others laugh before bed time. Bed time, well at least for some...

On the morning of the 29th, we had an early start to the day with a 7am wake-up and shower time. After breakfast, the late comers and the teams whose flags had been taken had to clean up the dorms and bathrooms while the others prepared for the obstacle course. The gruelling obstacle course awaited them and our students being so sporty had no problem climbing over the logs, through the spider’s webs and going for a jog through the forest, all the while holding a cup of water. In the end, the team with the most water in their cup won. This took great dedication as well as teamwork to get their cups to the end of the course.

After the obstacle course came the very fun and very messy puzzle race. Each of the teams had to jump over a wall, then crawl and dig their way through a very low bridge in sea sand. They then had to memorize a colourful puzzle and race back through the obstacle course and assemble the puzzle on the other side. If they did not get the puzzle right, the entire team had to go back through the course and look at the puzzle. The students found this activity challenging, but the teams that paid attention and worked as a team did well and finished quickly.

After getting all hot and full of sand, the students were given a chance to have a swim in the local dam, and had a lot of fun as they cooled down and splashed around. Lunch time brought smiles to everyone’s faces as the students enjoyed their must deserved curry bunnies.

Their last activity before home time was to build a suspension bridge. They were given pieces of rope and logs and had to make a bridge that could hold the weight of a brick. Each of the groups got to send two of their members to go and study a model of a suspension bridge in the kitchen before returning to the group and passing on their knowledge. The students had fun building the bridge and all learnt a little something about engineering.

Finally clean up, thank you’s and a very sad farewell as some of the students did not want to go home yet as they enjoyed themselves so much. The students learnt many valuable life lessons and definitely improved their communication and teamwork skills, all the while having fun and getting a good workout. Not only did they have fun, but they also got to know each other and this will definitely help them on the field to work as a team and to communicate. They learnt that if they work hard on the field and are dedicated to practices, they are given amazing rewards such as this camp. The students showed great enthusiasm and dedication and each student brought their own special flavour to the camp. From the student’s feedback, I would definitely say that the camp was a roaring success and fun was had by everyone. I would just like to congratulate Bushpig adventures for giving us such an amazing camp and many wonderful memories.

"The camp was very enjoyable, I learnt a lot about communicating with my team and I loved the nightwalk. Thank You United Through Sport and all the sponsors who made this camp happen"- Samkelo Dumse, 14 yrs,  UTS SA Beneficiary 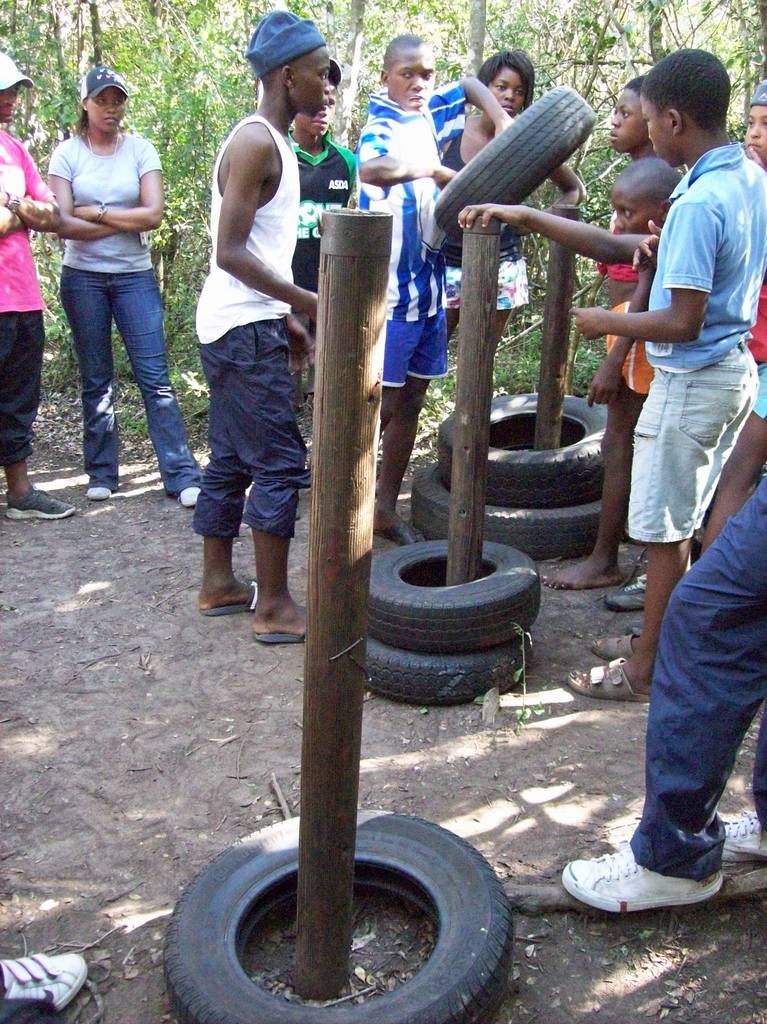 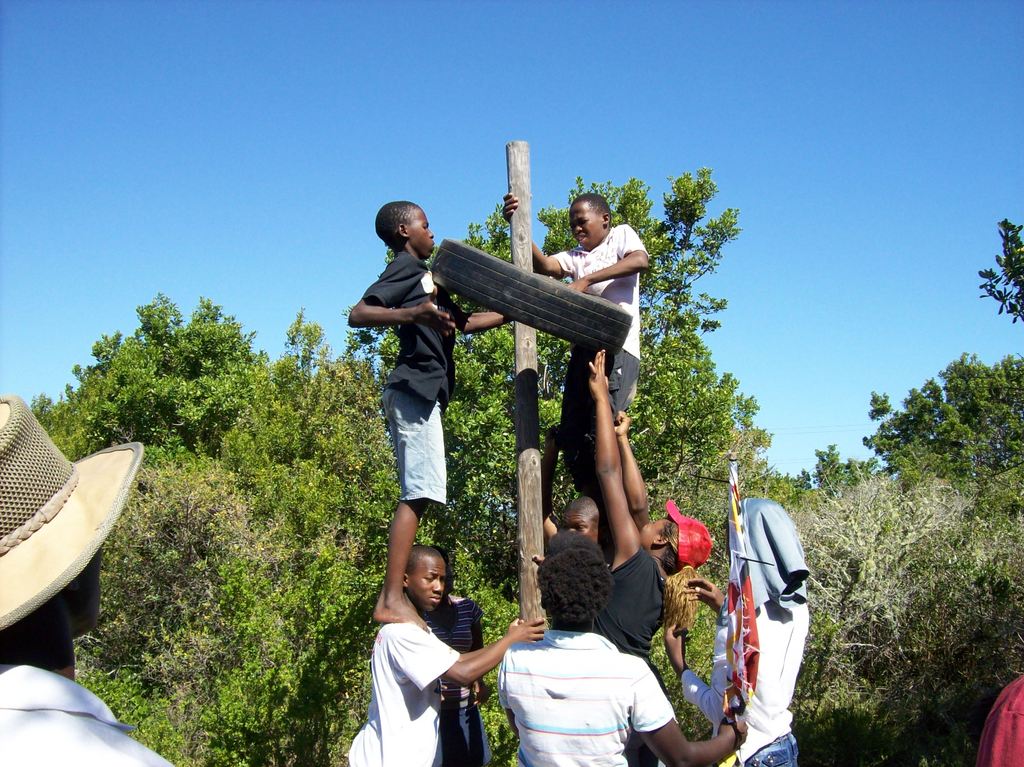 working together to achieve a goal 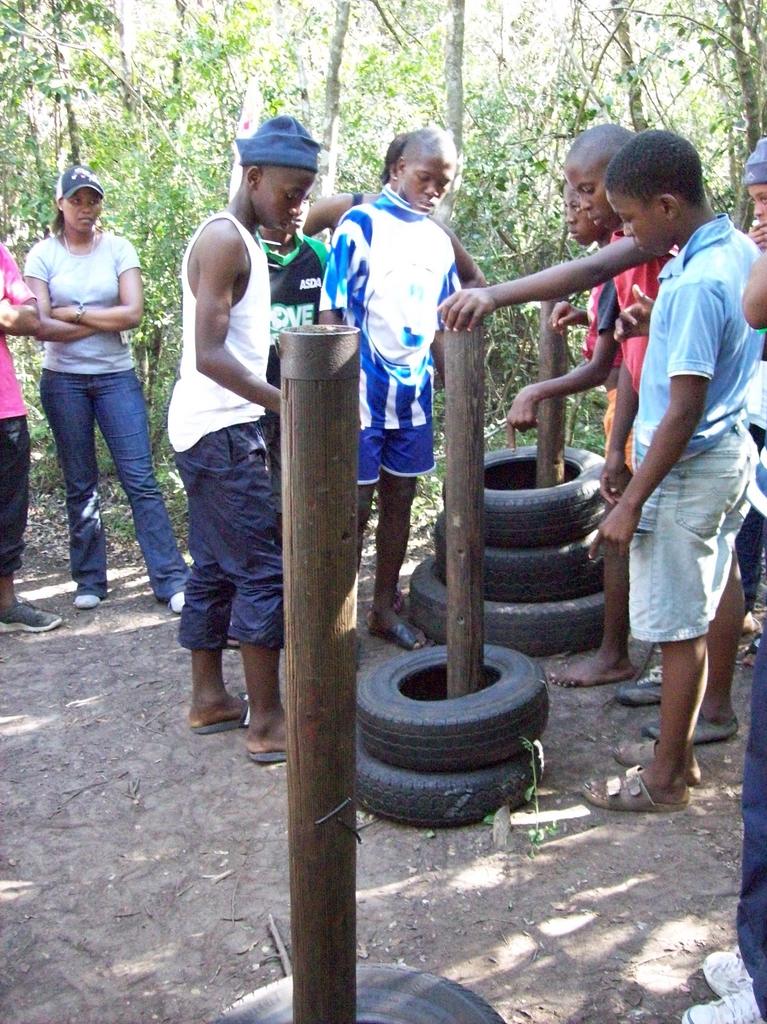