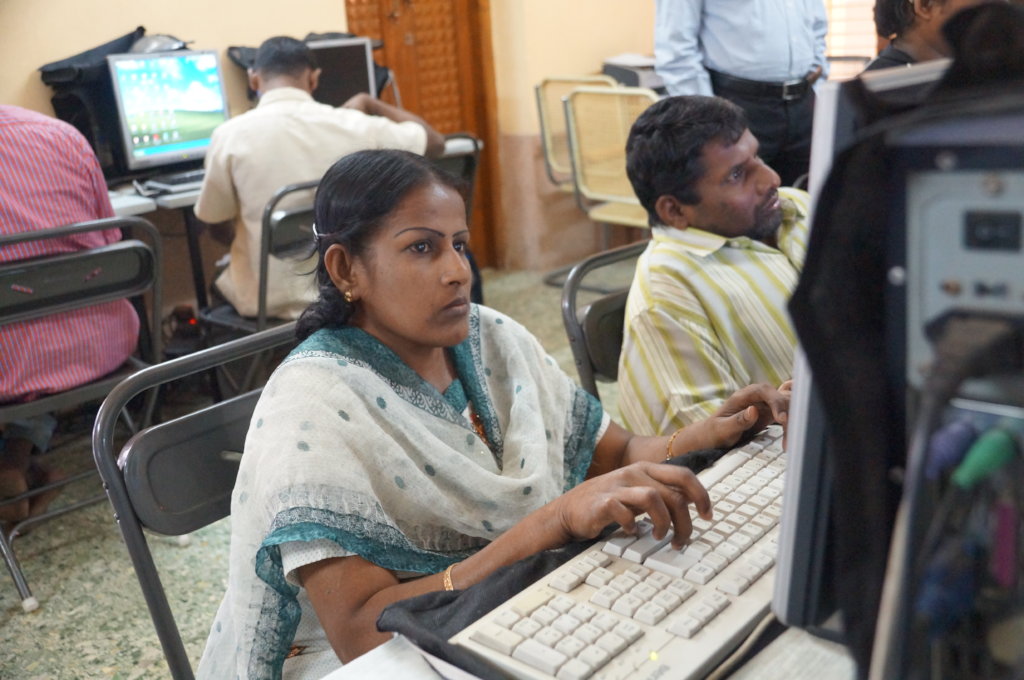 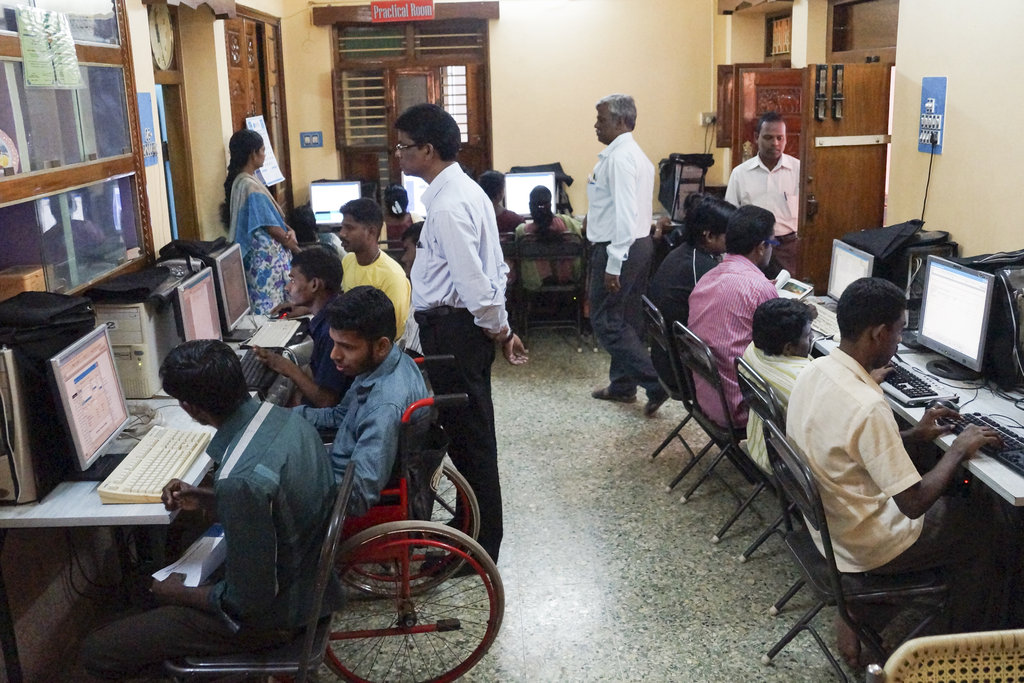 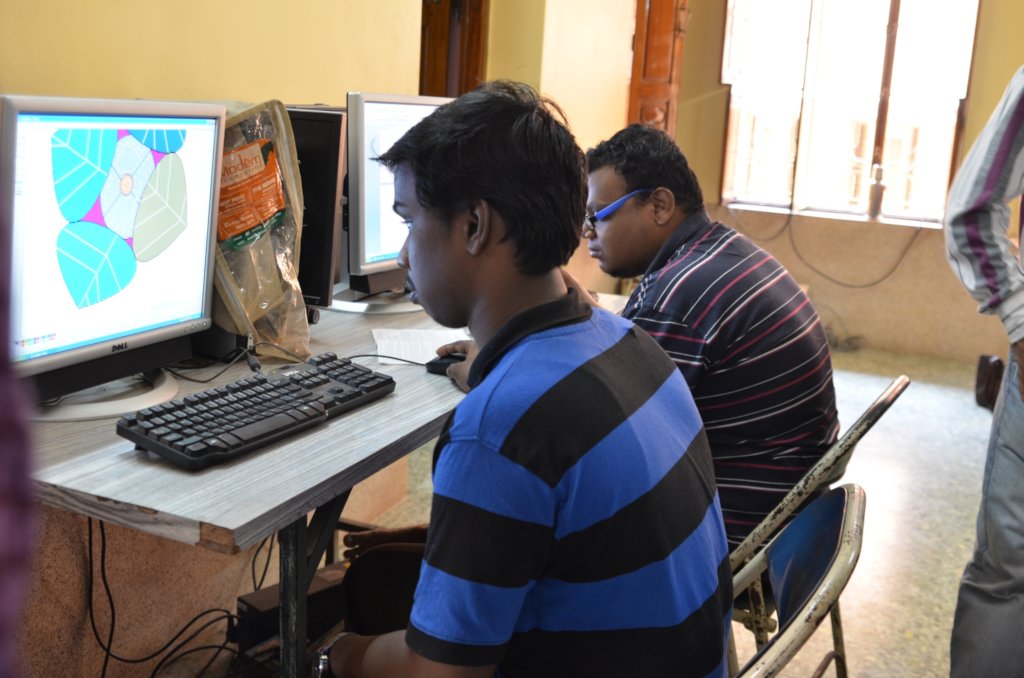 Sakthivel is a special child, born with an intellectual disability. His father blamed his mother for giving birth to a disabled child and as he began to understand Sakthivel’s limitations, he left the family and went his separate way. This, sadly, is not very uncommon in Indian society. The mother was angry and did not want to do anything with the child. Sakthivel grandmother came to the rescue and took care of the boy. As he grew older it was becoming more and more difficult to care for him, especially when his behaviour became violent.

But then, Sakthivel and his grandmother began coming to the computer training center. Now, they get to be around families, students, and workers who see him for who he really is, not just his disability. Although he is not verbal, he loves to give a nice smile to those around him!

For the first time, Sakthivel has people in his life that understand his disability and treats him with love and understanding. Because of your gifts, student with disabilities like Sakthivel are finally receiving the support they need. Thank you for your generosity!

GlobalGiving
Guarantee
Donate https://www.globalgiving.org/dy/cart/view/gg.html?cmd=addItem&projid=21320&rf=microdata&frequency=ONCE&amount=25
Please Note
WARNING: Javascript is currently disabled or is not available in your browser. GlobalGiving makes extensive use of Javascript and will not function properly with Javascript disabled. Please enable Javascript and refresh this page.