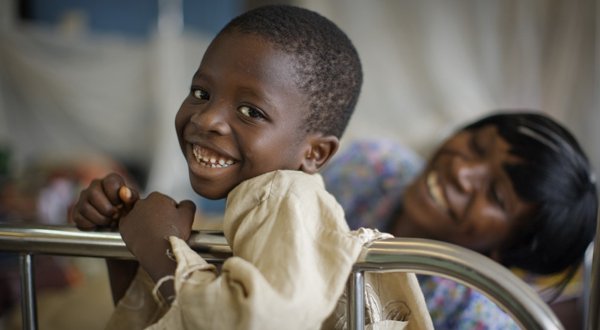 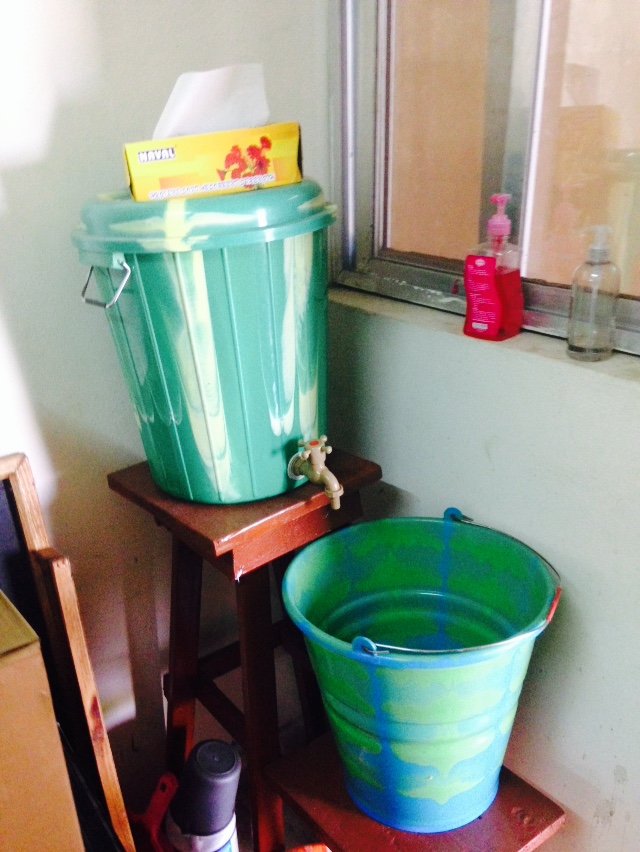 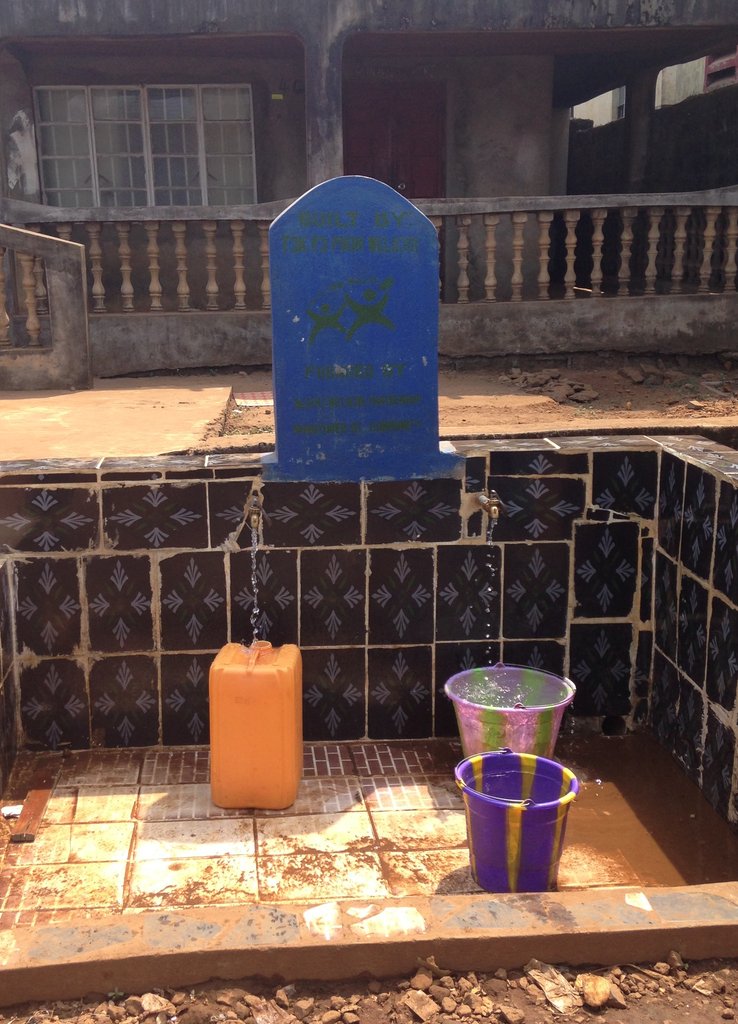 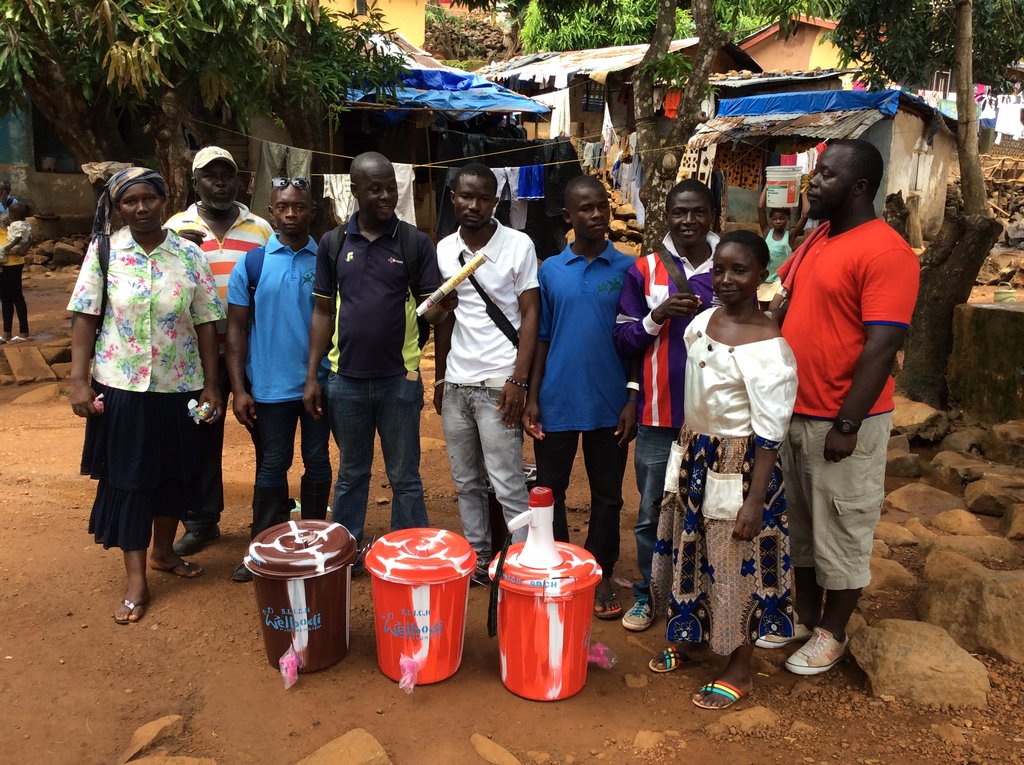 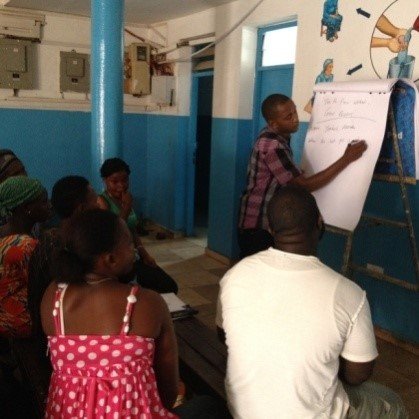 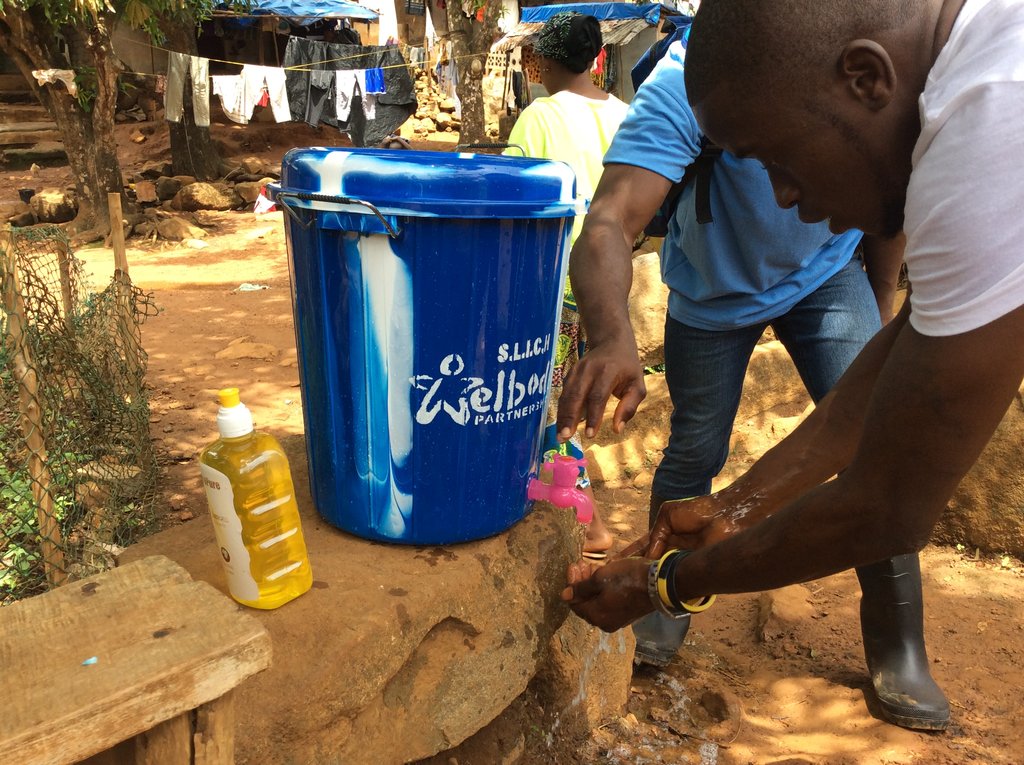 By Stephen Hindle - Head of Operations 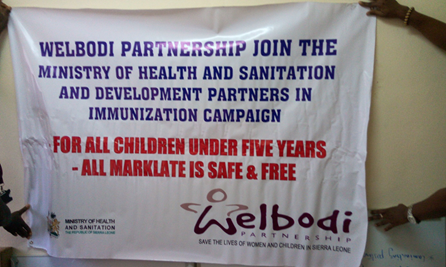 Listening to local people and involving them in decisions about local health care provision is key to Welbodi’s partnership approach.   Now that the ebola outbreak has finished, we can focus again on engaging the community in  programmes to support their children's health. A great example is the Welbodi Partnership community engagement project to support the eradication of polio in Sierra Leone, in collaboration with the government District Management Team (DHMT) and community members.  Welbodi Partnership was able to fund this project through your donations made through Global Giving.

The community engagement project’s aim was to improve the take up of polio vaccination for under-fives, by using volunteers to provide key messages of the vaccine’s benefits both for the child, and the nation as a whole. The project community facilitators joined vaccination teams in seven health facilities (Jenner Wright under- fives Clinic, Looking Town MCHP, Kissy Health Centre, St Joseph’s Health Centre, PMO, Ross Road, and Moyiba Health Centre).  They took part in meetings organised by the DHMT to plan for the greatest possible social mobilization of communities, and worked side by side with the vaccination teams to mobilize mothers, disseminate polio campaign information and ensure that as many as children as possible could receive the vaccination.

How Welbodi Partnership engaged with the community

Welbodi Partnership recruited community facilitators to work with their own and local communities, and offered training in how to spread health messages and engage mothers in talking about their views on healthcare. We also produced banners displayed at strategic points to inform communities about the vaccine exercises and Welbodi participation. This helped prepared mothers so that their children would receive the polio vaccine. The project volunteers provided key messages of the benefits of the vaccine to the child and the nation as a whole.

The project community facilitators joined vaccination teams conducting outreach activities and carrying out door to door vaccination of every child under the age of five years whose parents were at home. Some acted as tally clerks documenting the number of children immunized in the daily vaccine register provided by the health ministry.

Spreading the messages so that everyone could hear

The project facilitators are residents of the communities and fully understood the terrain, therefore they engaged and led the vaccinators in hard to reach areas in the communities. In some cases in isolated areas they would work with local mothers to identify places where they could all converge to fast track vaccine uptake for their children. As a result many children were reached and received the vaccine.

As part of spreading the health messages Welbodi Partnership provided megaphones to community facilitators to enhance messaging and assist in the speedy mobilization of mothers presenting their children for the vaccine services.

A total of forty-nine (49) women groups supported the campaign in collaboration with vaccination teams from the seven health facilities that cover these communities. Together we supported the immunization and recording of over 70,000 children under-five years old.

Mothers of the children under five years cooperated due to the trust they had in the community PLA facilitators. The women facilitators addressed all myths and taboos around the vaccine, targeting communities who thought vaccine was not culturally accepted. This was an amazing breakthrough for the vaccinators who had previously found it difficult to deal with these myths and taboos.  The community and health facility staff commended Welbodi for assisting in the mobilization, which for them made a significant difference in the campaign process, particularly in increasing the coverage and reaching the most difficult parts of the communities which in the past had been difficult for vaccinators to reach. This was excellent!

Many thanks to the Women Coordinators, Sia Kasso and Miriam Fornah, and the Welbodi Community Engagement Project Manager, Khadijatu Bakarr. 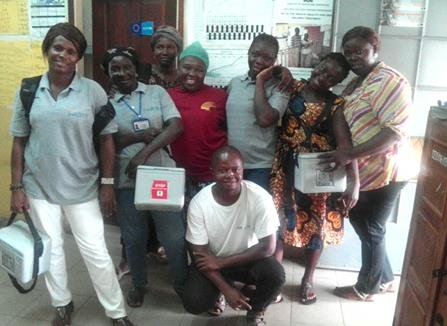 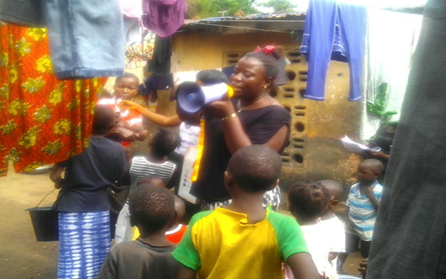 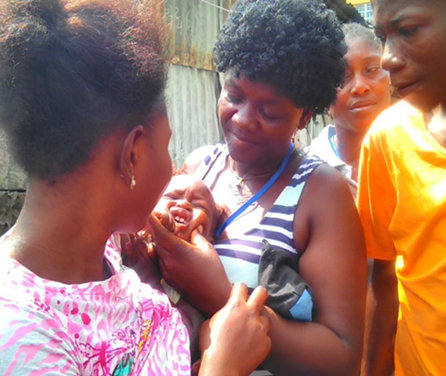 Fatmata, a facilitator, administering the vaccine