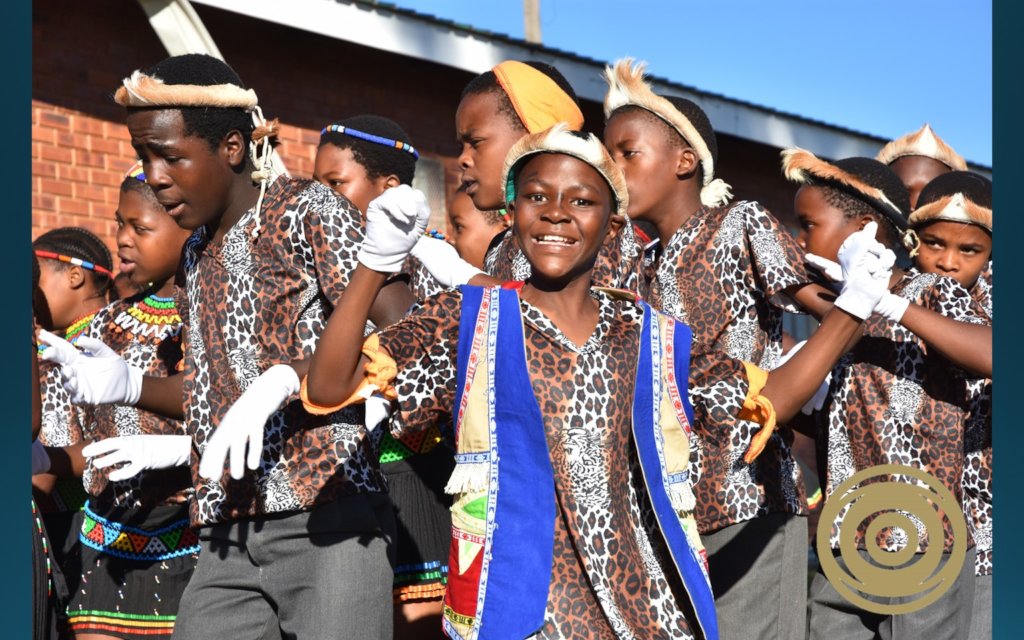 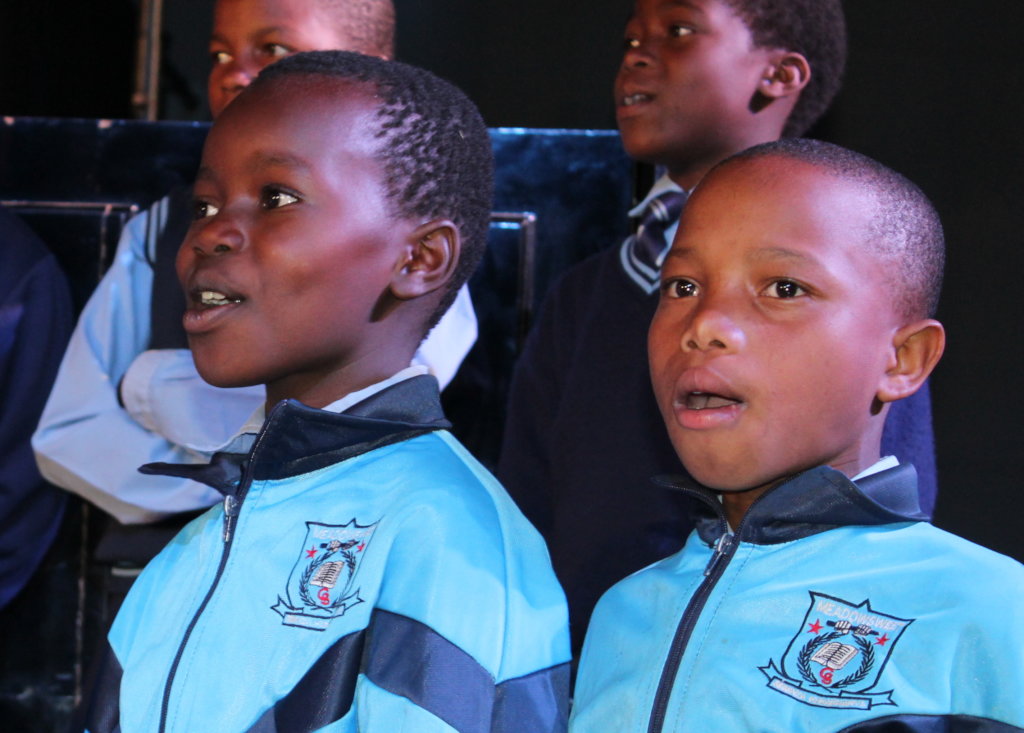 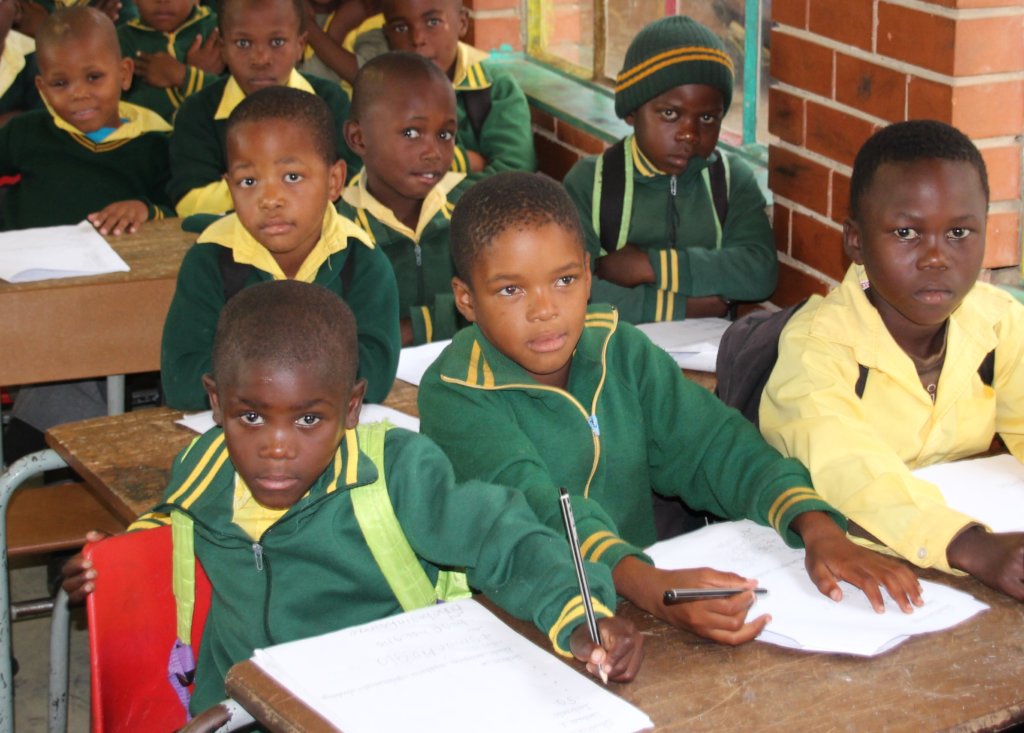 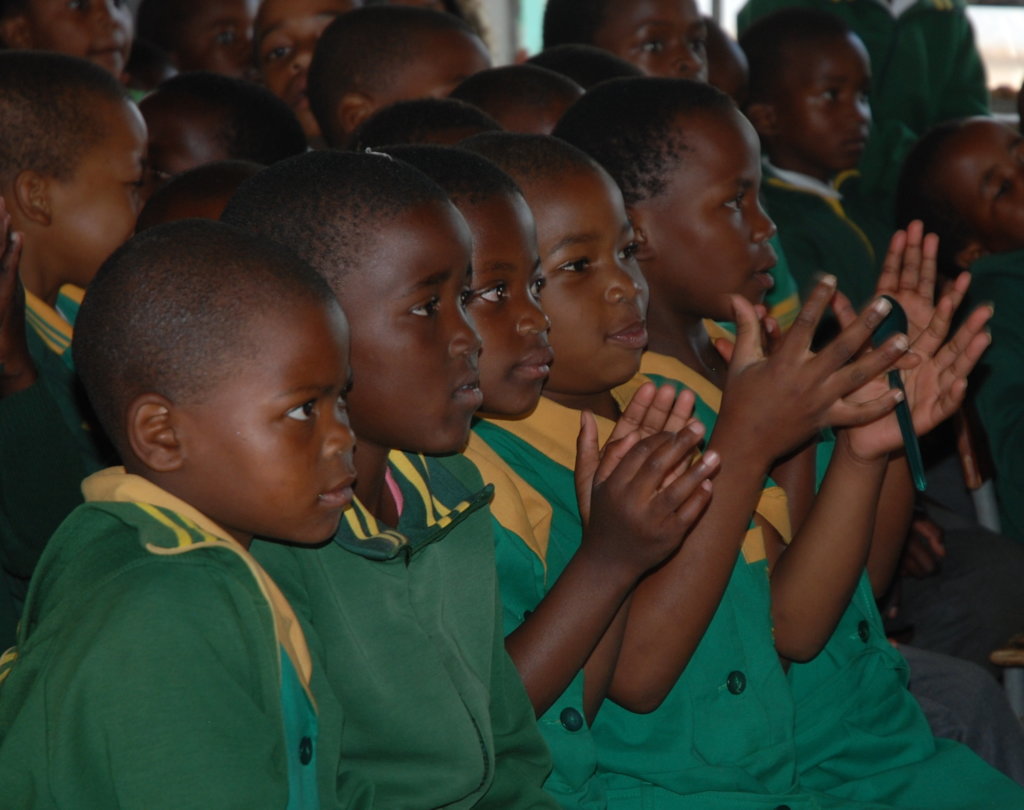 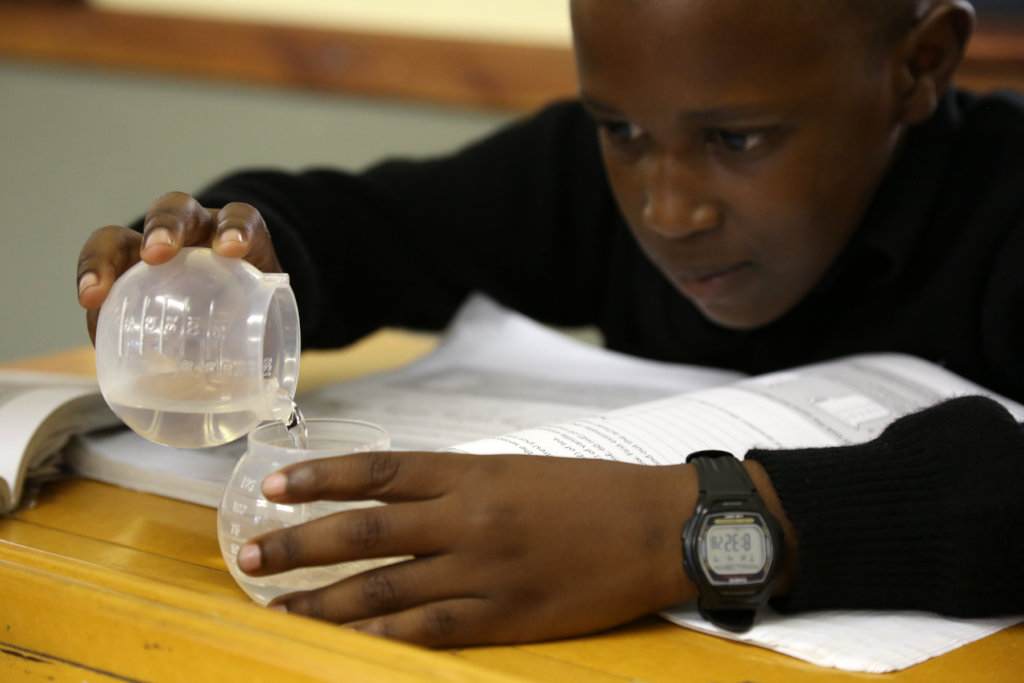 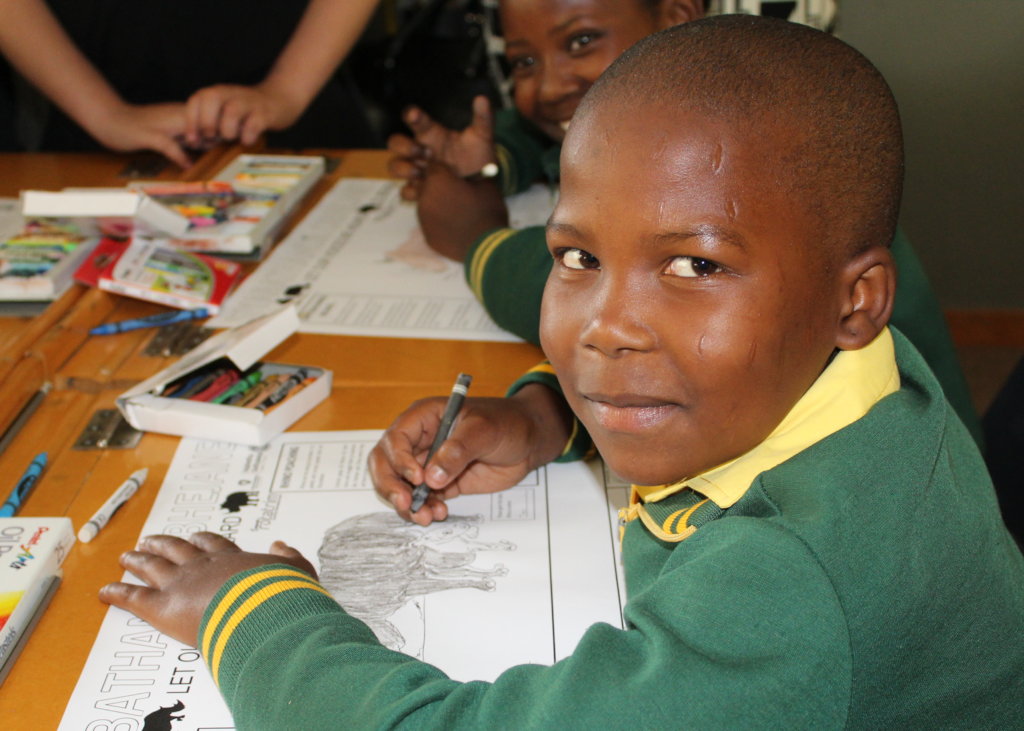 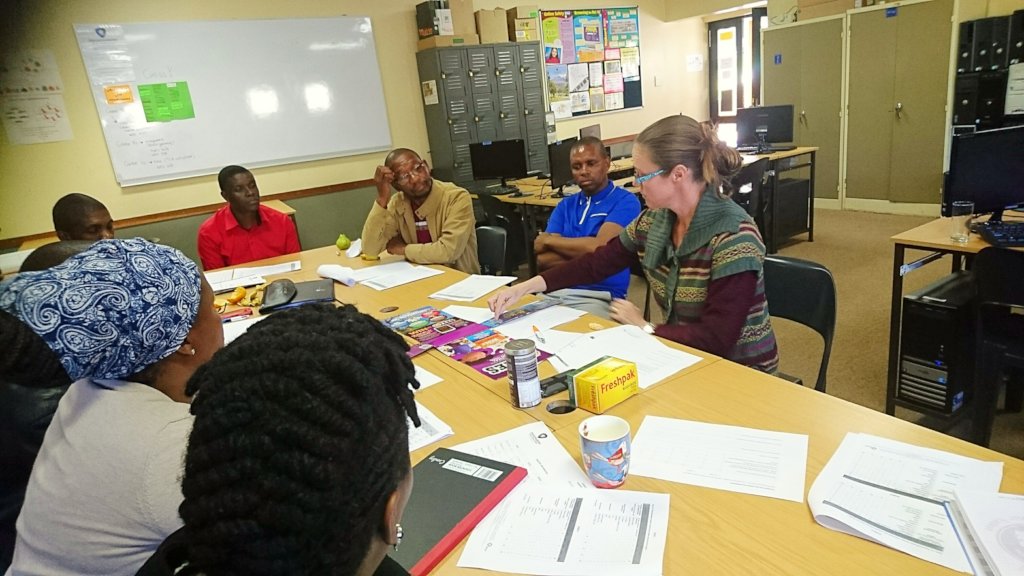 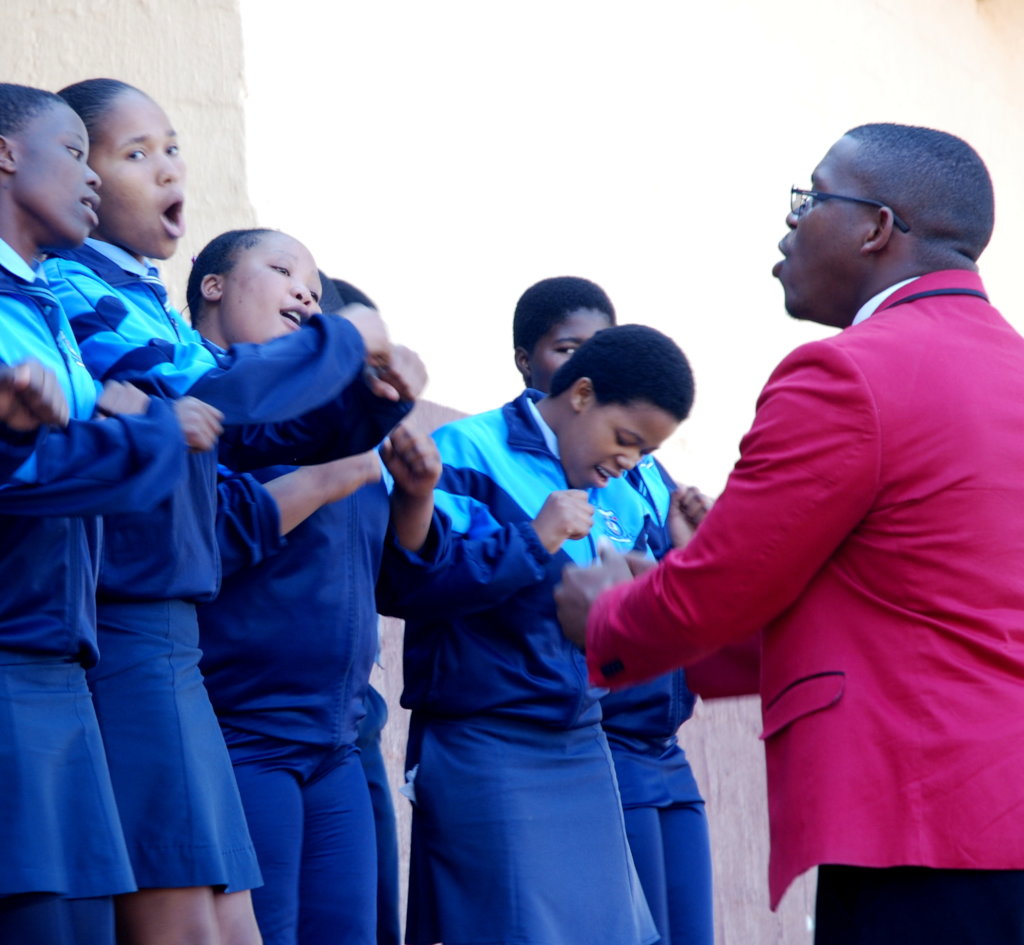 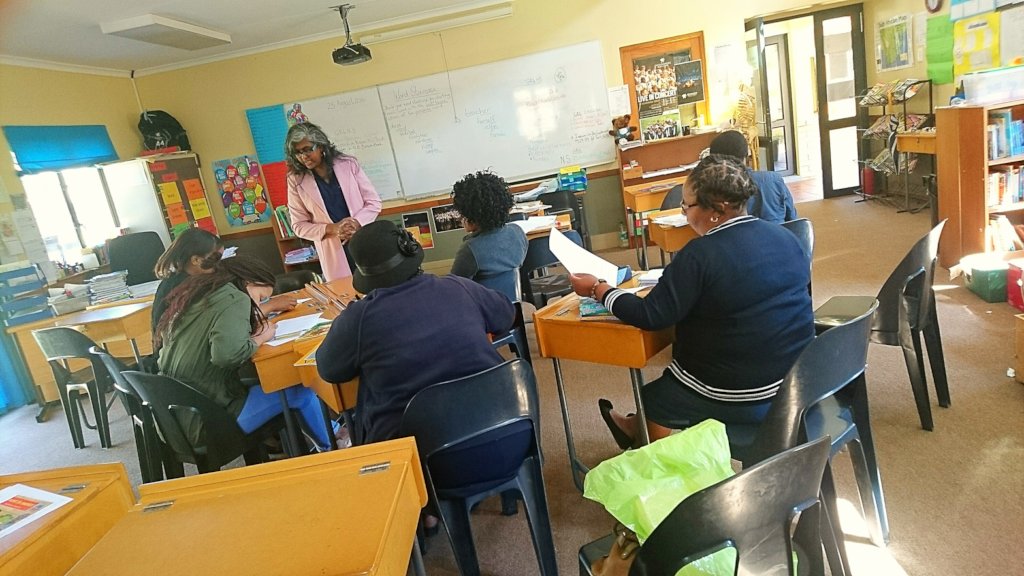 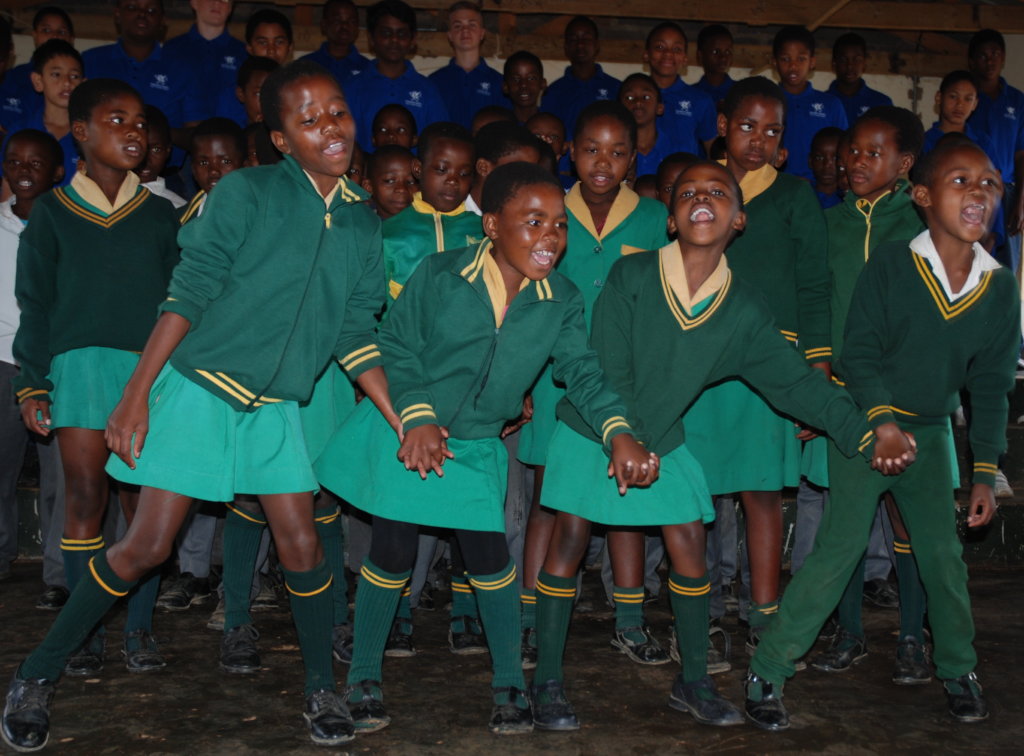 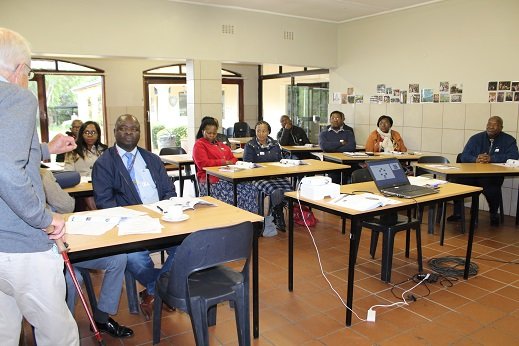 Thanks to your generous contributions in 2019, the Isiphethu Sothukela ("Spring waters of the Tugela") Project has established itself as a major influence in the fruitful second phase partnership with Drakensberg Boys Choir School and KZN Department of Education, supporting rural child education in the greater Central Drakensberg area. This year has seen the dedication of Judith Hawthorn and Charlotte Bower bear positive fruit, with inspiration and support given by Bernard Kruger and his dedicated, talented music team. Our analysis of English academic results between 2017 and 2018 from Sifisosethu, one of the participating schools, indicated that literacy rates had improved by up to 40% in some choristers, but by 15% on average for all choristers, when compared to the non-singing counterparts. This was a most refreshing and unexpected finding which has motivated our work throughout 2019 .

Judith Hawthorn, through her unique character and wonderful musical talent, has led the project to new heights while consolidating a secure foundation. She has been directly responsible for ensuring the sustainability and expansion of the choral music program in the schools.  She has coached and mentored the relevant staff members in the knowledge and skills of developing and directing a choir, so that they conducted their own choirs in this years Siyacula Festival Concert.  Parallel to Judith's work, Charlotte Bower has been establishing Music Skills at a lower level in Grade 3. See Judiths Term 4 Report attached.

For the second year running, the "lsiphethu Sothukela" Project was represented at the KZN "Festival in the Hills" Choral Festival, this time by Nkosi Mjwayeli, one of the five project school participants. They experienced wonderful exposure to the best school choirs in KZN, acquitting themselves admirably. The children thoroughly enjoyed interaction with other choristers and a special visit to the sea during a day at the beach. Through a close partnership with KZN D0E, represented by Mr. Nathi Ndlovu, the Deputy Regional Director, all the transport and boarding arrangements were flawless. This was indeed a public-private-partnership working at its optimum.

An important milestone was reached when the Celimfundo Primary School in Khetani, Winterton, entered their first ABRSM Choir examination [The Associated Board of Royal Schools of Music) and passed with merit. This was indeed a noteworthy achievement, and each chorister received a certificate of Award.  Their participation in the Isiphethu Sothukela programme has been recognized by Old Mutual, with a formal certificate underlining this valuable life project in the upliftment of children. Please enjoy the photo of Mr Chris Ndlovu and MS Nonhlanhla Majola receiving the award.  Mrs Bridget Harrison of ABRSM has played an important role in the promotion of these choirs and further collaboration is joyfully anticipated.

In addition to the Music Department the Isiphethu Sothukela Schools are part of a Leadership programme being led by Andrew Stead, former Head of DBCS, under his Foundation for School Leadership Development and Management. Three very successful full day seminars on critical aspects of school leadership have been held for Heads and School Management. These were well and enthusiastically attended, as evidenced by the supporting attendance register and photographs.

A new component to the Focus Groups this year has been a support group for Early Childhood Development(ECD). This has been very successfully run by Mrs Libby lrons, Megan King and MrsDoubell. It is hoped to add a music repertoire in the New Year.  Winterton Primary School are partners in this important initiative.

The highlight this year was the third Siyacula Music Festival Concert, held in the Ken Mackenzie auditorium on 24 October, with all five of the target schools and the DBCS choir fully represented, as demonstrated in the photo's attached. The event was a full day occasion with choir rehearsals and workshops in the morning, and the formal choir concert in the afternoon. The 250 children who participated enjoyed two meals provided by the Iocal valley residents with the support of local suppliers.  All ABRSM certificates were handed out. In thanking Greg Brooks, the DBCS staff, especially Bernard Kruger and Fiona Kinghorn, with the very special support of Mrs Mokoena, the Regional Director of KZN D0E, it is hoped that choirs will continue to spread and multiply over the foothills and valleys of the Drakensberg.

Of course the project would not be the success it is without the financial contribution of many kind individuals and benefactors. Thanks to all global Giving subscribers who have kept us going this year!! So much more is needed. The schools are now each desperate for a portable keyboard and a trunk of age-appropriate children’s books. We have been canvassing for bigger individual donors and are excited about the upcoming Giving Tuesday campaign.

The redundant farm school buildings adjacent to DBCS have been the subject of many discussions in the Champagne Valley this year…..mostly around providing a sustainable income to the Isiphethu Sothukela Project. Two meetings have been held with the Highlands Community to determine what educational activities can be promoted on the site. Greg Bellars, well-known PMB architect, kindly produced the attached architectural concept drawings at risk,  to start the conversations. It is felt that an Early Childhood Development centre may be the best option for the site. Your inputs please?? 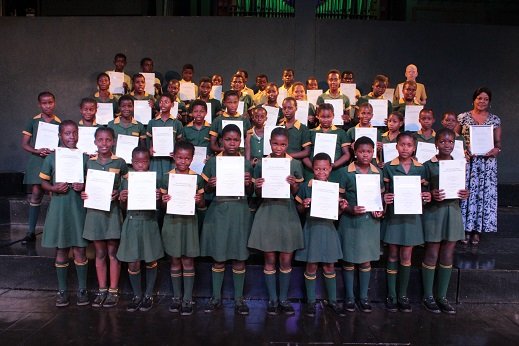 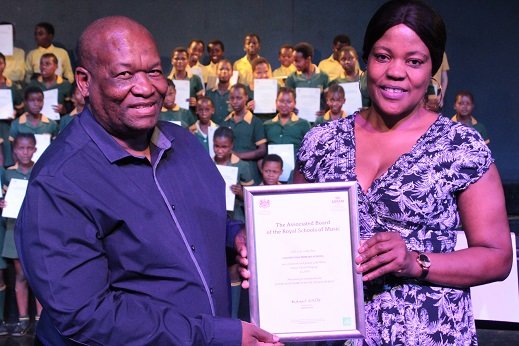 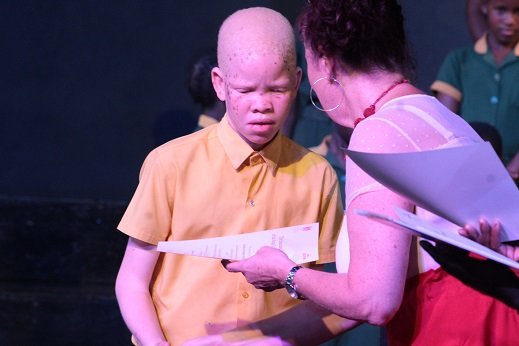 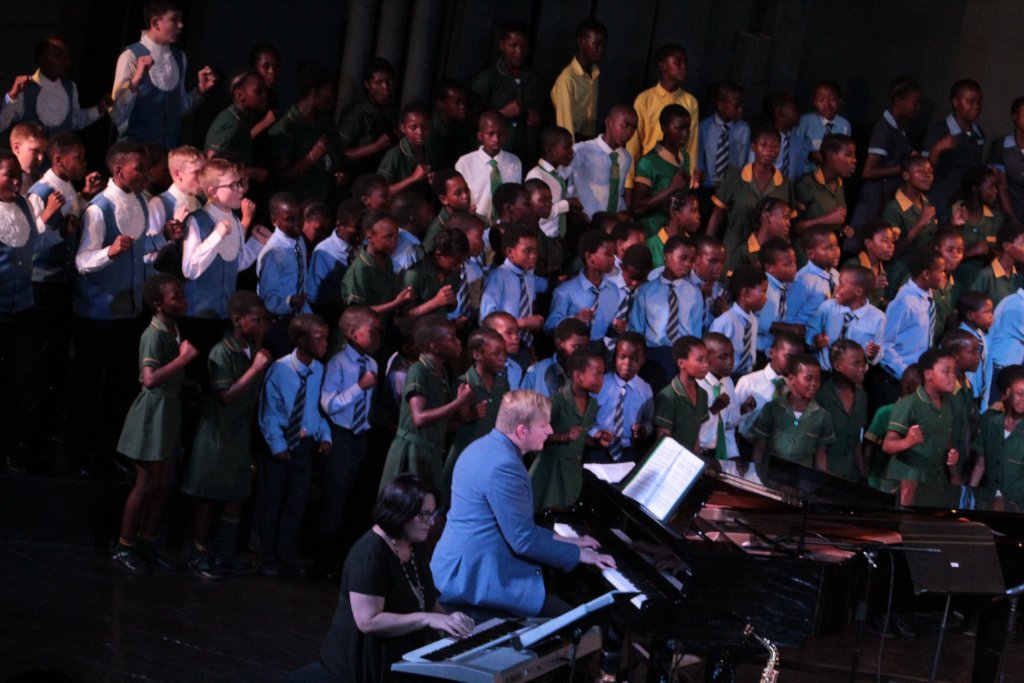 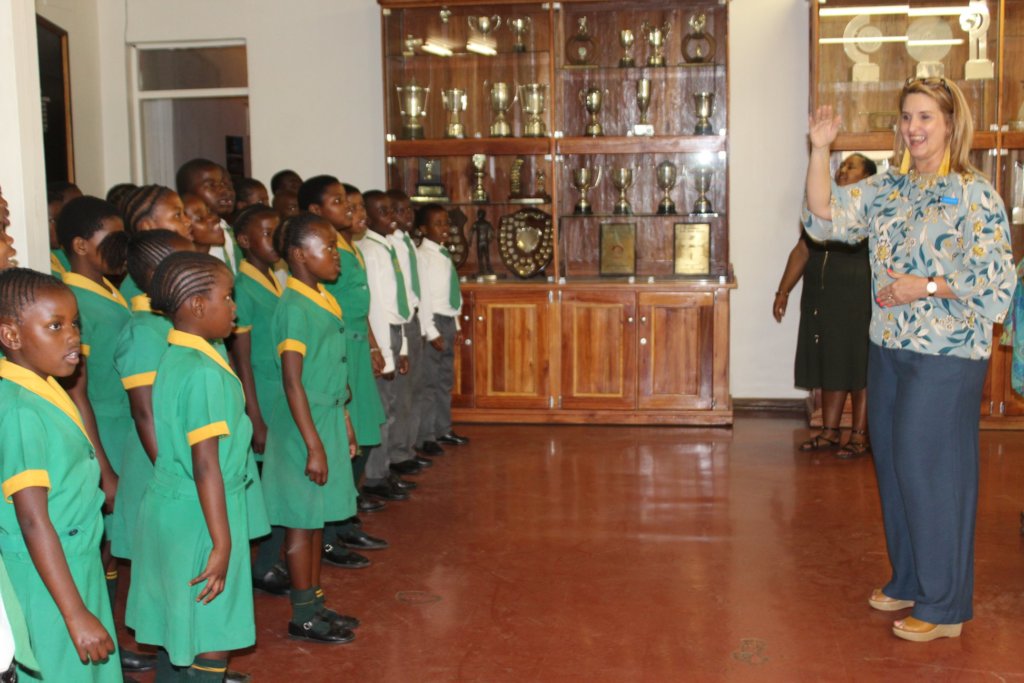 Project Leader:
Bridget Johnsen
Paarl, Western Cape South Africa
$19,439 raised of $30,000 goal
You last donated to this project on
190 donations
$10,561 to go
* Amounts in US Dollars
Donate Now
Donate once
Donate monthly
$10
USD
will buy a uniform for a child with unemployed parents in order to participate in School Choir Concert and the Annual Siyacula Festival
›
$15
USD
will cover costs for an experienced choir conductor to give 1 hour of choral training in a rural school
›
$30
USD
will pay for a teacher from an impoverished area to attend one of 4 empowerment workshops offered annually
›
$90
USD
covers expenses for 6 teachers to attend an Empowerment Training Session to improve literacy in Primary School Learners
›
$150
USD
will pay for a bus to transport a rural village choir of 60 learners to particpate in the annual SIYACULA "Let's Sing" concert at the Drakensberg Boys Choir School
›
$300
USD
will provide an instrument to a choir of one of 6 schools participating in this Music and Literacy program
›
$560
USD
supports one intern mentor to assist with the Isipethu Sothukela programme for one month
›
$2,000
USD
will enable an expert facilitator to run a Leadership Development Workshop for the Principals of the 6 schools participating in the Isipethu Sothukela project.
›
Make a monthly donation & get matched today at 100% while funds remain. Terms and conditions apply.
Give the gift of stability in a time of instability. Set up an automatic, monthly gift now and get matched at 100%—because the COVID-19 pandemic has hurt us all, and it will take all of us to overcome it. Terms and conditions apply.
Monthly giving is as easy, safe, and as inexpensive as a Netflix subscription. Start a monthly donation to K2011127140 trading as PSI Projects today and get matched at 100%. Terms and conditions apply.
$15
USD
monthly
monthly covers the costs of an experienced choir conductor to provide choral training to one village school for a whole year, and thus influence the literacy of the school as a whole!
›
$60
USD
monthly
monthly will sponsor the venue costs to run all 4 Teacher Empowerment Workshops throughout the year
›
$120
USD
monthly
per month will pay for 12 teachers from two impoverished areas to attend all 4 empowerment workshops offered annually. This has shown to significantly enhance the educational outcomes.
›
$180
USD
monthly
per month will enable the Headmaster of a school in an impoverished area to attend 4 weekend workshops covering various aspects of Leadership Development over a period of a year
›
$350
USD
monthly
per month will pay for software to manage data assimilation and professional assistance in fundraising efforts to reach our annual budget goal
›
$560
USD
monthly
per month will pay for one intern mentor to assist with the Isipethu Sothukela programme for the whole year
›
$1,000
USD
monthly
per month will cover the rock-bottom stipend needed to keep the Isipethu Sothukela project running. "Isipethu Sothukela" means "Spring Waters of the Thugela, one of the great rivers of this area!
›
$3,500
USD
monthly
monthly will enable us to renovate/improve our buildings in order to accommodate interns and special needs learners (including outstanding choristers) to receive sustained support through this project
›

Donating through GlobalGiving is safe, secure, and easy with many payment options to choose from. View other ways to donate
K2011127140 trading as PSI Projects has earned this recognition on GlobalGiving:

GlobalGiving
Guarantee
Donate https://www.globalgiving.org/dy/cart/view/gg.html?cmd=addItem&projid=36652&rf=microdata&frequency=ONCE&amount=25
Please Note
WARNING: Javascript is currently disabled or is not available in your browser. GlobalGiving makes extensive use of Javascript and will not function properly with Javascript disabled. Please enable Javascript and refresh this page.