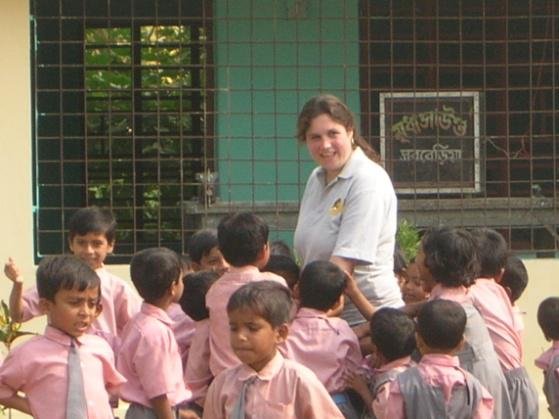 When I first visited the New Life Centre School in 2008, I was involved in a building project with a team of Hands Around the World volunteers, (two of whom are shown in the photos). We were there to assist the Indian builders to erect a building which could be used as classrooms in the morning and as a Vocational Training Centre for the women of the village, to sew and embroider after school.

I was there a month and as I watched the building grow, I asked Alindra Naskar, the Principal of the school if he was pleased with what we had achieved in our time there? I was measuring success by the size of the building and how much work we had done.

His answer was so typical of him.

He replied that when we had first arrived the children seemed wary of these strangers from a foreign land, but over the month they had seen us daily and by the end of the month were running to greet us as we walked to work, competing to hold our hands.

This is the success of the project; the children recognised us as friends and appreciated our help and support for their school.

I was struck by how I had measured our achievement in a concrete tangible way, but here we are five and a half years later and our hand held friendship could not be stronger.

Wouldn’t you like to extend your hand to these underprivileged children? 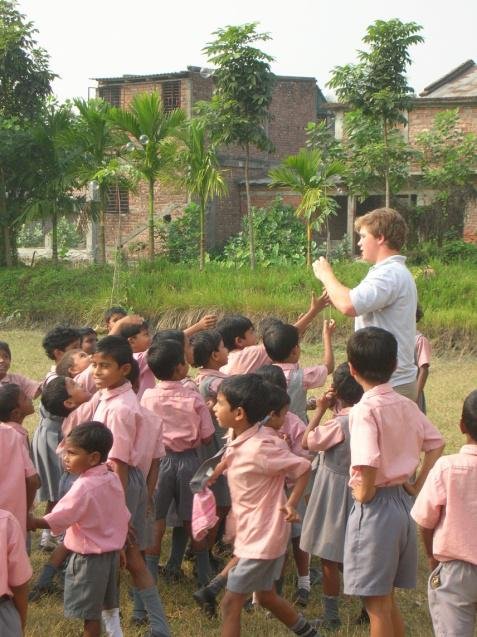