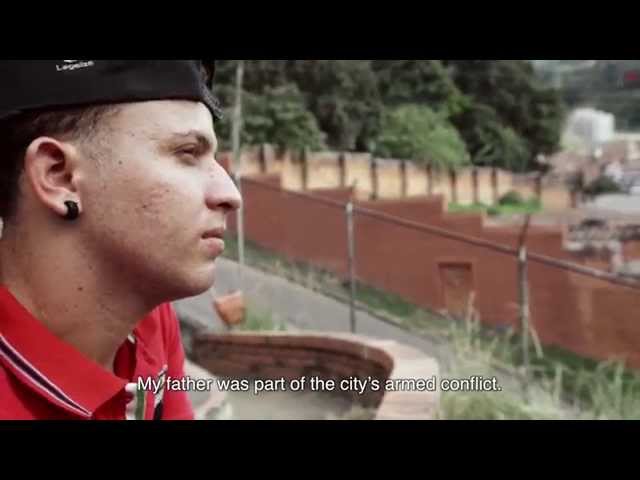 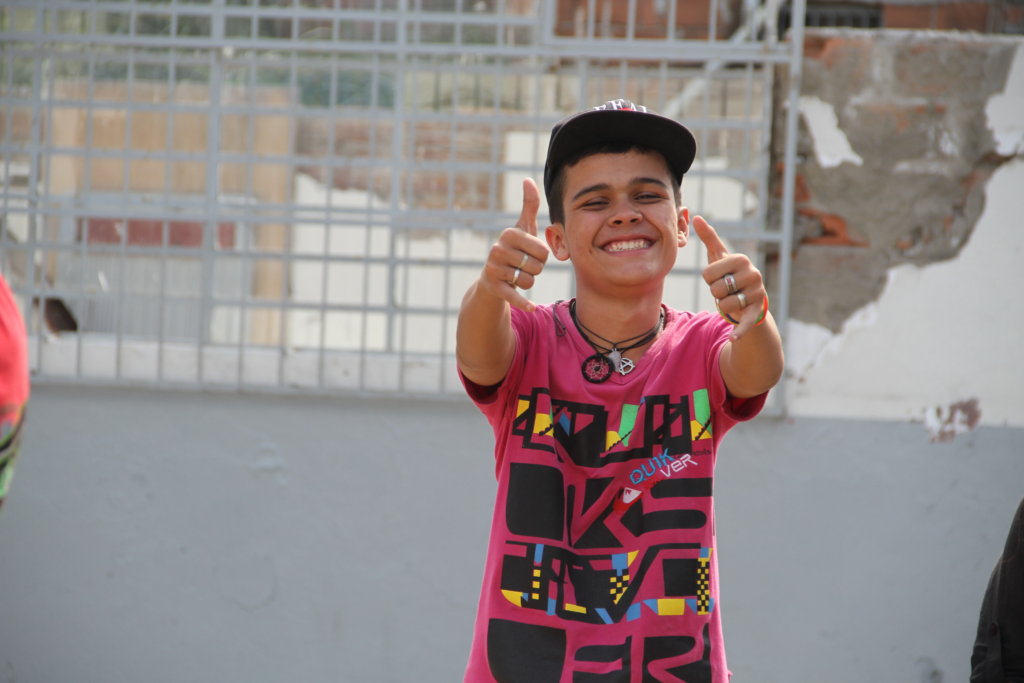 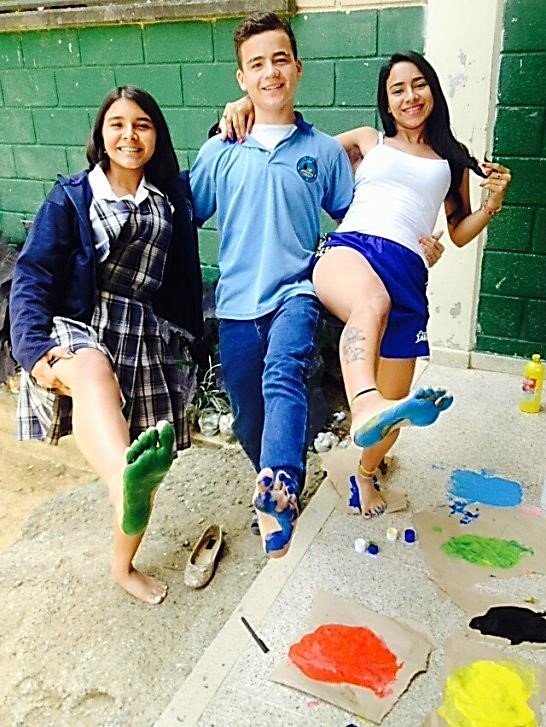 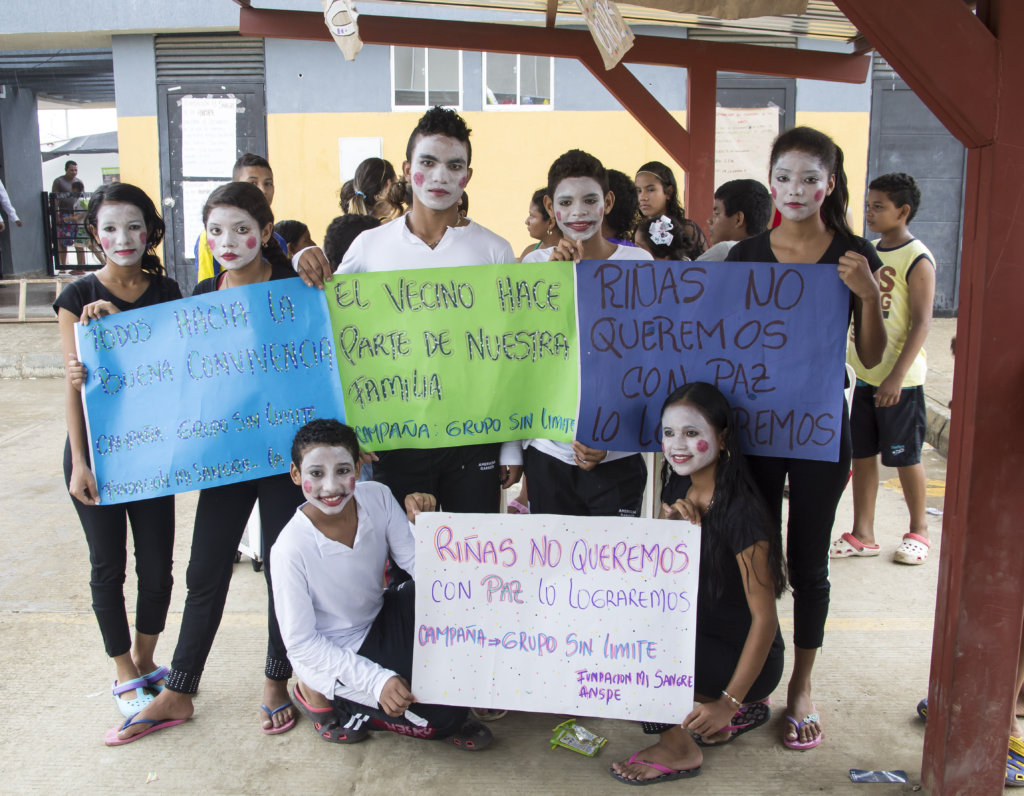 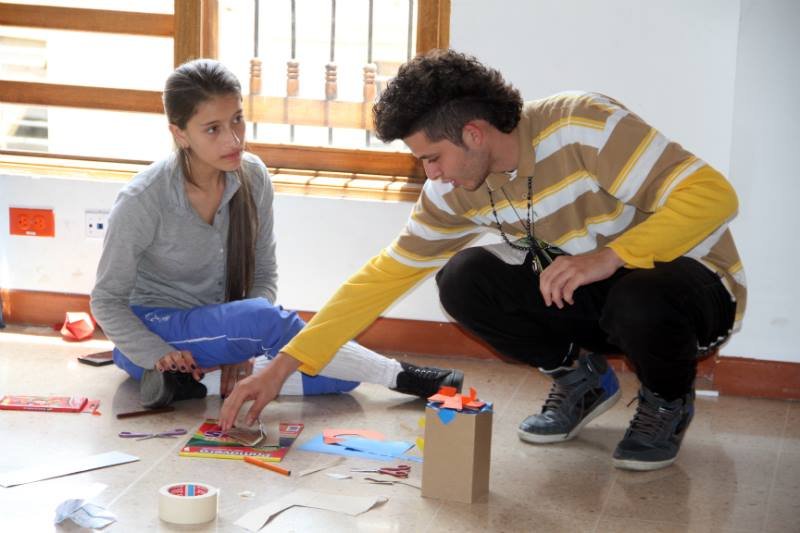 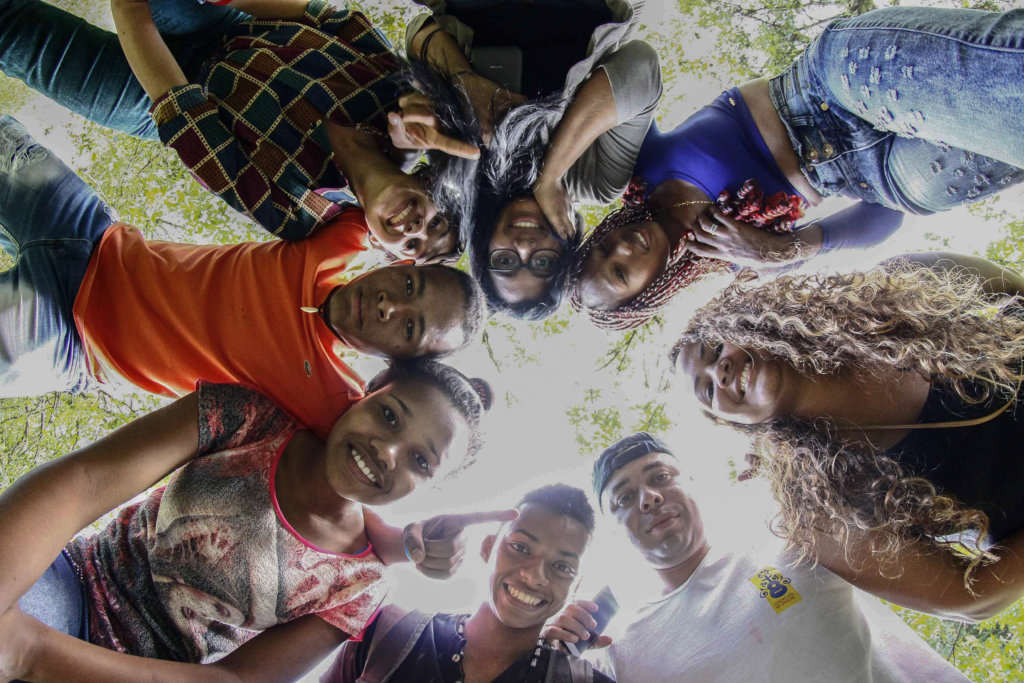 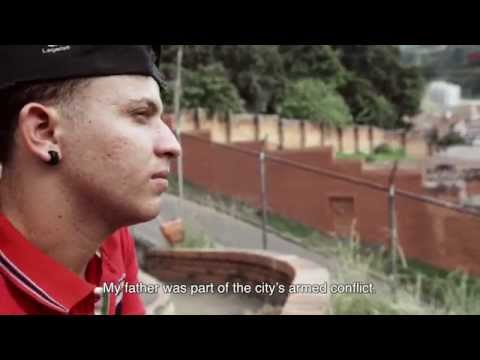 Young drivers of change in Colombia 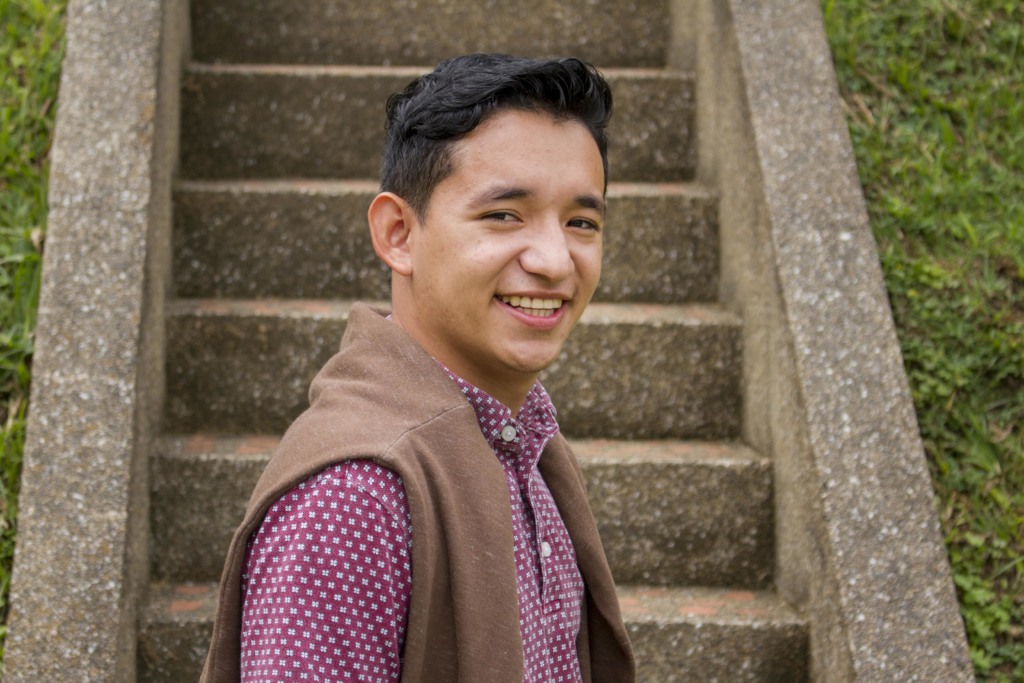 Jasmel Contreras
The National Network of Young Peacebuilders is a network facilitated by Fundación Mi Sangre (FMS), and led by young leaders from 22 municipalities in Colombia. The network is run for and by young participants, while FMS facilitate the platform for this work. Young leaders´ empowerment of the network is demonstrated by he fact that every year they co-create an action plan and evaluate the activities done the previous year. In 2017 they voted to rename the network Redacción.
Redacción seeks to support a network that connects Colombian youth to build peace at the local, regional and national levels. This is achieved through three focus areas: empowerment, advocacy and peacebuilding.
The work of these young leaders has reaffirmed FMS´s belief that Colombia´s young people are key players in guaranteeing a sustainable peace. The network is a space where young men and women are taking a stand that Colombia´s youth must be change-makers and not spectators.
This is one of the young leaders from Turbaco in the region Bolivar, Colombia:
https://www.youtube.com/watch?v=voeZlGDy4y4&feature=youtu.be 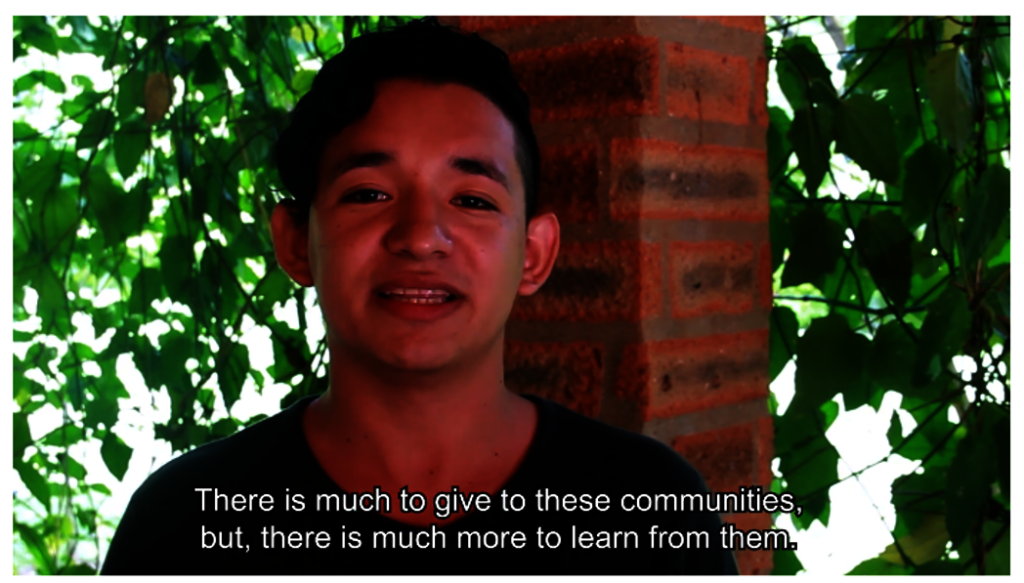 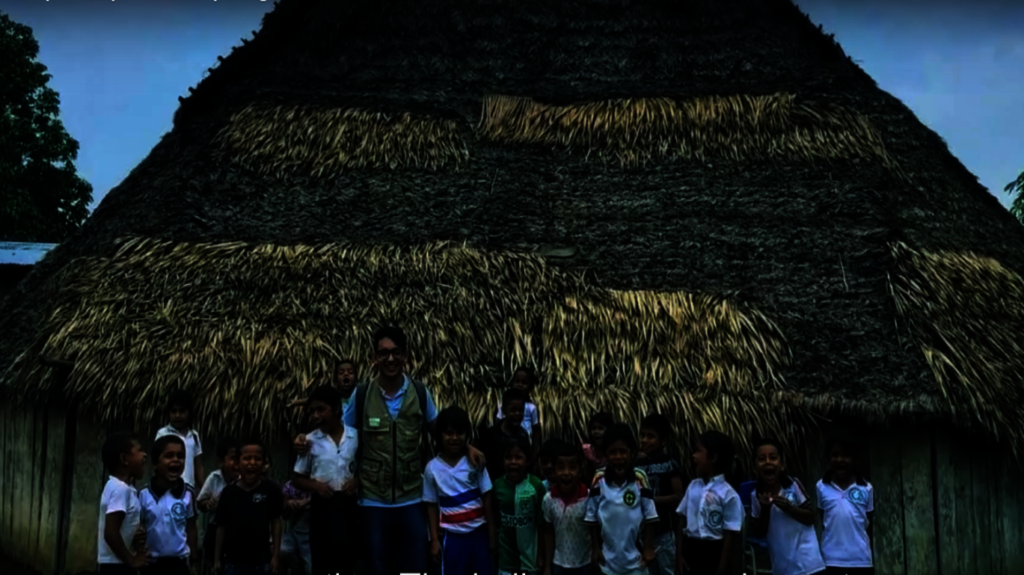 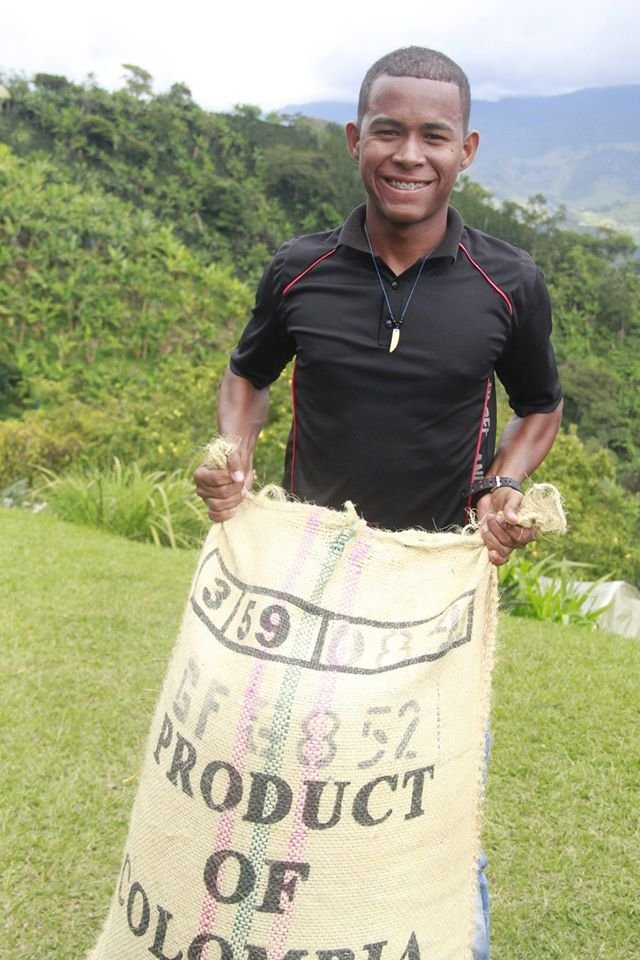 For the past two years Yeison Pacheco has led the “Transforming lives” youth group in El Pozón neighborhood, one of the most violent sectors in the carribbean city of Cartagena. At 15, tired of conflict and lack of tolerance, he says, Yeison decided to start working with the community with the purpose of transforming it.

With the support of Fundación Mi Sangre and a group of 20 young people, he began to develop activities in order to address issues of inclusion and equity that promote de-stigmatization, respect for women and environmental care.

“We are 20 young people that move the whole neighborhood, by demonstrating results we’ve have managed to defeat mistrust and show that it can be done,” Yeison says.

To fulfill his goal of taking time away from violence, Yeison has made art his most important tool to raise awareness, empower young people and create a sense of belonging within the neighborhood.

With initiatives such as "Cinema in the park " Yeison has managed to make his neighborhood a stage for reconciliation. Many of the invisible frontiers that previously existed have slowly disappeared and those who once belonged to enemy sectors today work together for their community. Beyond this, however, Yeison rescues the process of reconciliation that young people carry out with themselves, stating that those who were previously indifferent have awakened their interests, and have decided to take action and work for peace in their territory.

Yeison is convinced of the power that young people have to transform their environments and to build a country in peace. He knows that it is a long road that requires perseverance, but that with his work he will be able to influence and to empower young people so that they can begin to work now for the reconciliation in Colombia. 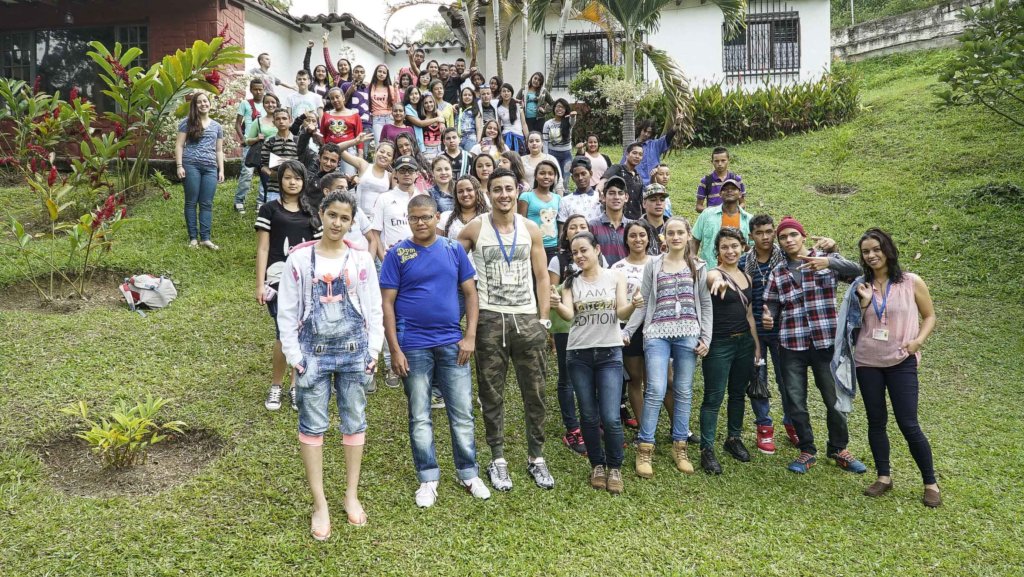 During this period participants have focused on two learning modules: Explore and Create. During the module Explore youth explored who they are, the world they live in, and who they live with. During the module Create youth began to identify the problems faced by their communities and identifying the solutions. In this module youth began to learn skills around proposal writing, budget development and action plans.

The Fundación Mi Sangre also launched the Network of Young Peacebuilders, where youth participants of Leaders for Change joined together from around the country in a virtual and presential network to develop ideas for peace. The first step of the network took place in August, when 70 youth leaders came together in a retreat to understand how to use citizenship journalism and TICs for their peacebuilding iniatitives.

Today we have over 800 youth leaders connected across Colombia, continuing as change makers even after completing our program, through FMS´s National Network of Young Peacebuilders 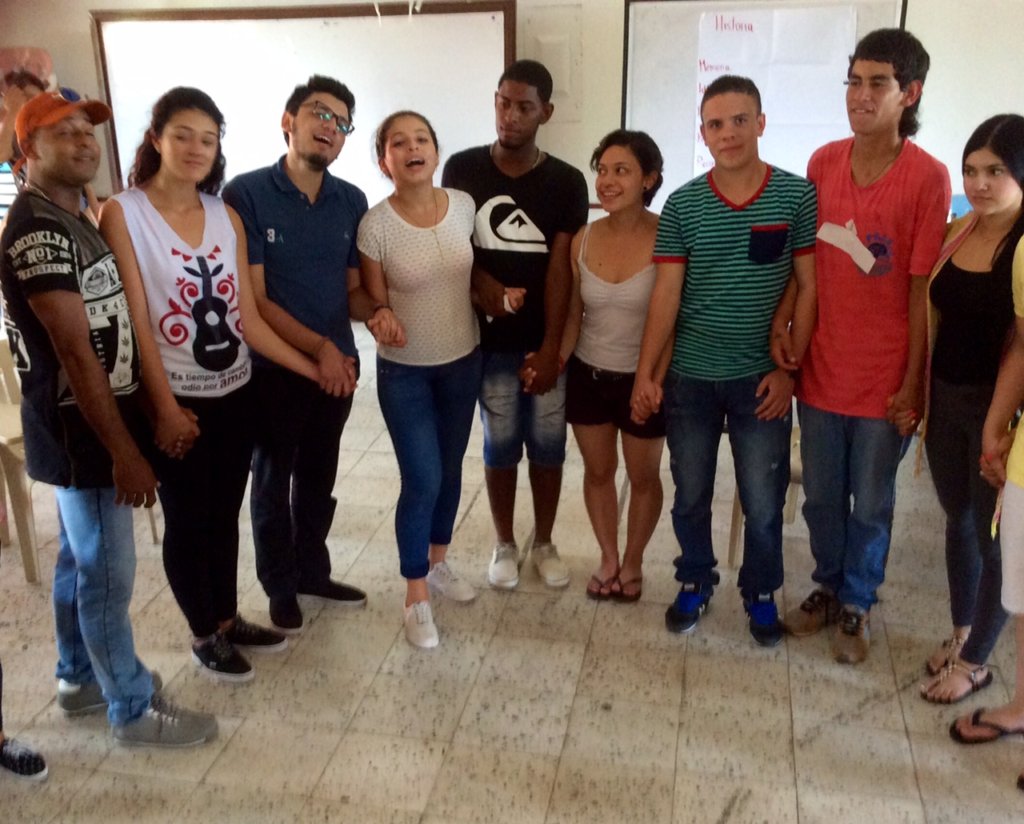 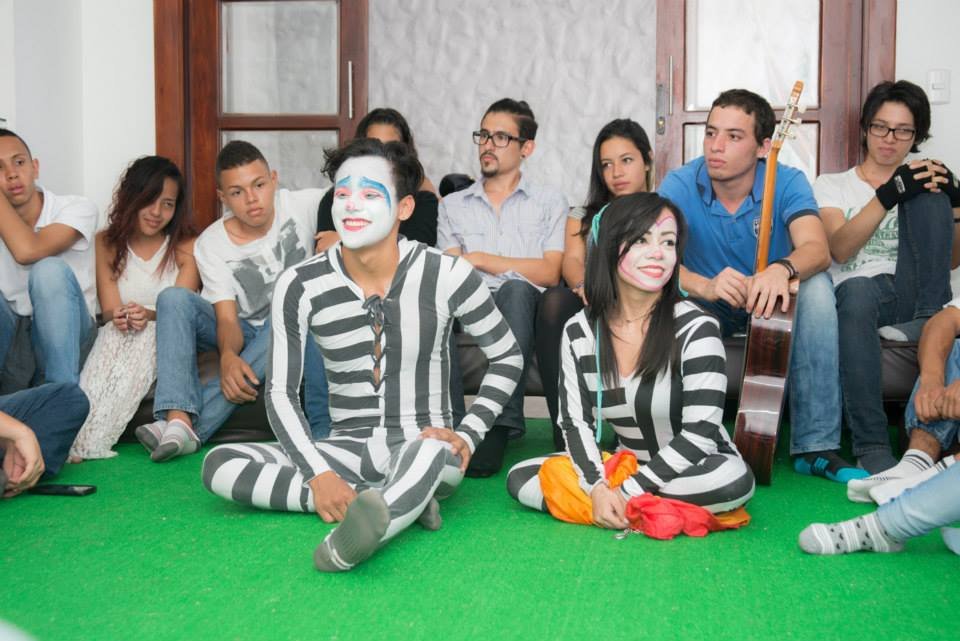 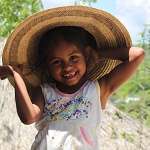 Find another project in Colombia or in Arts and Culture that needs your help.
Find a Project

GlobalGiving
Guarantee
Donate https://www.globalgiving.org/dy/cart/view/gg.html?cmd=addItem&projid=26341&rf=microdata&frequency=ONCE&amount=25
Please Note
WARNING: Javascript is currently disabled or is not available in your browser. GlobalGiving makes extensive use of Javascript and will not function properly with Javascript disabled. Please enable Javascript and refresh this page.