Self Service and other changes to the Breakfast Programme 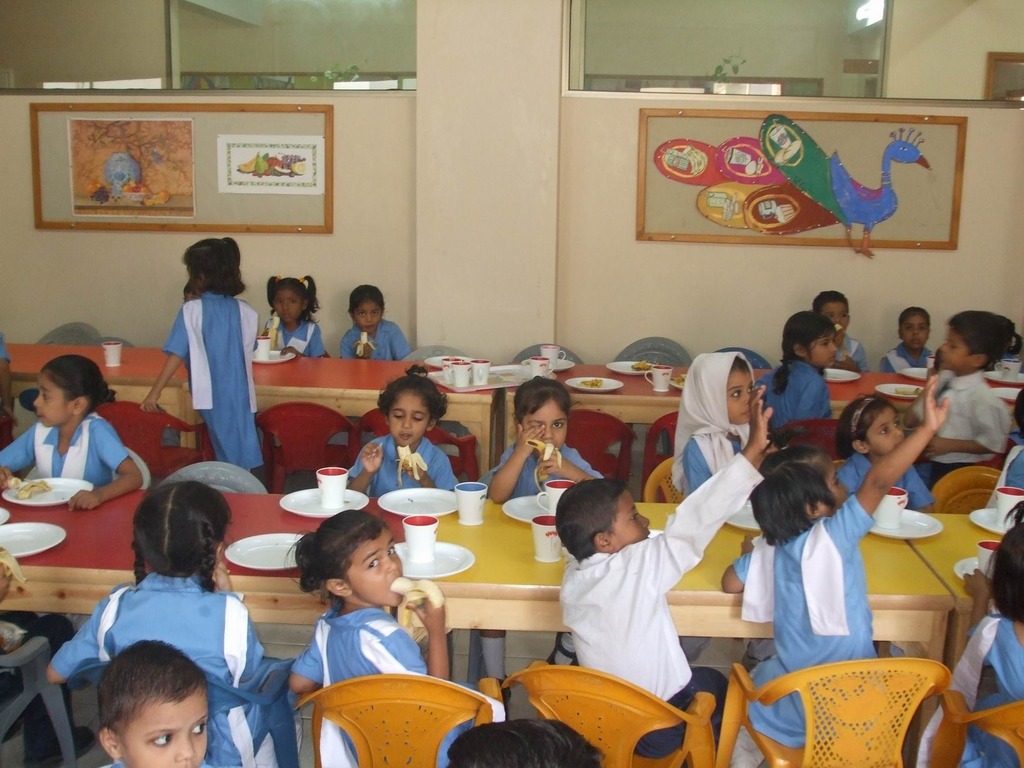 Children in the Breakfast Room

Self Service and other changes to the Breakfast Programme

After the admission of some new students in mid-November, the daily breakfast programme for kindergarten students at the SMB Fatima Jinnah Government Girls School has grown to support 231 students from KG 1 and KG2. As a result of the increase in student strength along with inflationary pressure in recent weeks the cost of the programme has increased to around Rs. 16,000 per week.

The major expenditure on the breakfast programme consists of milk and eggs:

As always, the breakfast menu includes milk, flavoured with Rooh-Afza (a local rosewater flavouring), and fresh fruit/vegetables/eggs etc. depending upon the season. The current menu has been winter-ized and boiled eggs are back, which the children really enjoy in the chilly mornings. Other items that make an appearance on the menu include apples, bananas, bread and butter, boiled potatoes and hot noodles.

The breakfast programme has had a positive impact on the health of the young students. Where previously we saw kids passing from weakness or malnourishment and reporting to the health room, the school nurse reports that the incidence has decreased since the advent of the breakfast programme. She also reports that allergies and fever complaints have reduced, indicating that the nourishment at the start of the day helps to prevent children from catching infection from each other.

Recently, a self-service initiative was started in the Breakfast Program to have the students serve themselves. This helped them learn the concept of waiting their turn in line in a disciplined yet friendly atmosphere. The little children, who were previously helped with every little step from being given a filled plate to being sat in their chairs, are really enjoying this new independence. They walk into the breakfast room, pick up their breakfast from the counter, carry it to their seats and clear their tables after they are done and they enjoy performing each of these steps on their own with lots of energy and excitement. This added spring in their steps at the start of the school day goes a long way!

They also learn basic dining etiquette as well as the importance of good and timely nutrition. They have also been taught to make it a habit to thank God before and after their meal. Most of these things sound pretty basic, but many of these children had never used a napkin while eating and had no idea that used tissue paper, for example, needed to be binned properly in a trash can, so teaching them these little things from an early age has become an important part of the breakfast programme. 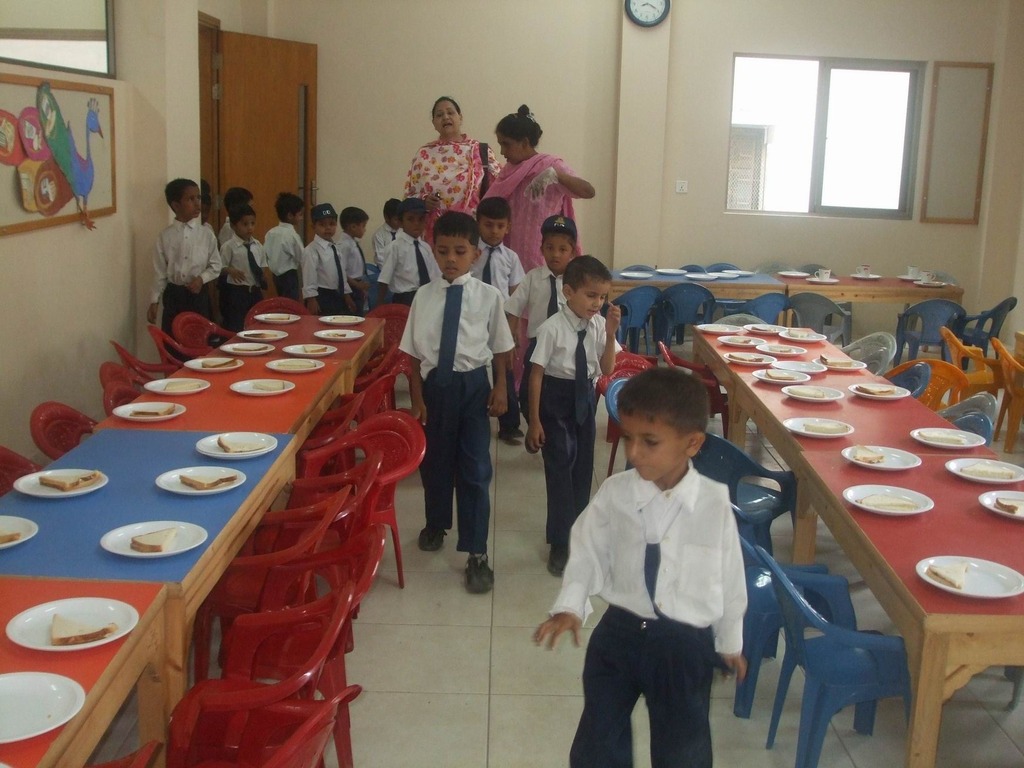 Children lining up to get breakfast