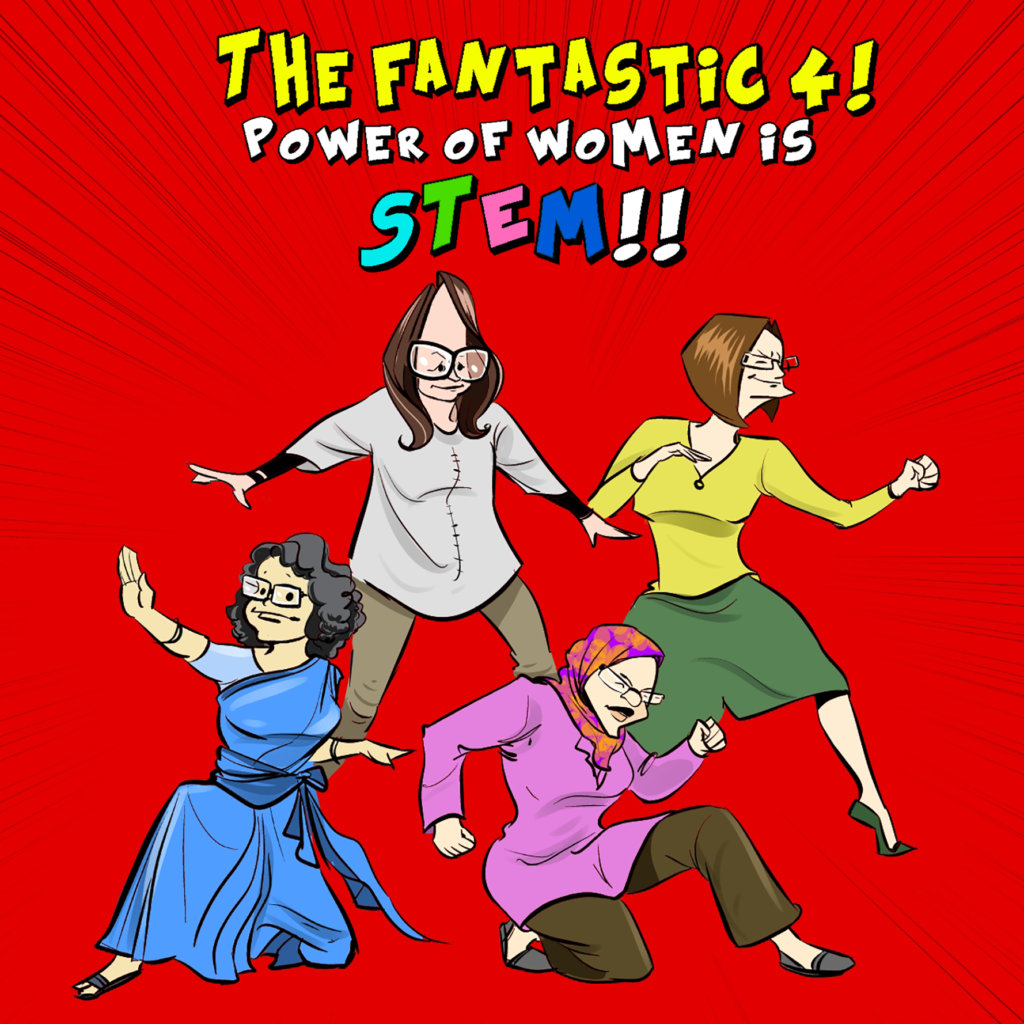 Addressing the huge gender gap in STEM fields all around the world and considering the lack of female role models as one key reason behind that, this project plans to develop a biographical comicbook featuring 4 amazing STEM women from 4 different countries- Bangladesh, Indonesia, Poland and Slovakia. Translated into 4 local languages, this comic will be used both in formal and informal settings to inspire girls to build a STEM career.

STEM (Science, Technology, Engineering and Mathematics) is the key area for economical and social development, innovations, and creation of a better future. But women are significantly less active in them than men and the lack of female successful role models that inspires female students to pursue STEM career is considered as a key reason behind the gender gap in STEM fields. Thus, the need to expose young girls to female STEM role-models is an urgent.

This project aims to present female role models in STEM fields by developing a biographical comic book based on lives of 4 legendary female heroes in STEM from 4 different countries. Team consisting women authors and artists from all 4 countries will be developing this comic book and will be translated in local languages. this project will play a significant role to inspire and motivate girls to build a STEM career and will address the discrimination towards women in creative sectors as well.

This comic book will be usable as an supplementary educational material as well. in implementation stage, it will be circulated both in printed and ebook format through schools, social media etc. Since this innovative project will build a network among different level stakeholders like- schools, media, artists, publishers and STEM professionals; a further positive societal change is expected which will eventually lead to challenge the inherent masculine worldview in scientific epistemology.

Find another project in Bangladesh or in Women and Girls that needs your help.
Find a Project

GlobalGiving
Guarantee
Donate https://www.globalgiving.org/dy/cart/view/gg.html?cmd=addItem&projid=24144&rf=microdata&frequency=ONCE&amount=25
Please Note
WARNING: Javascript is currently disabled or is not available in your browser. GlobalGiving makes extensive use of Javascript and will not function properly with Javascript disabled. Please enable Javascript and refresh this page.