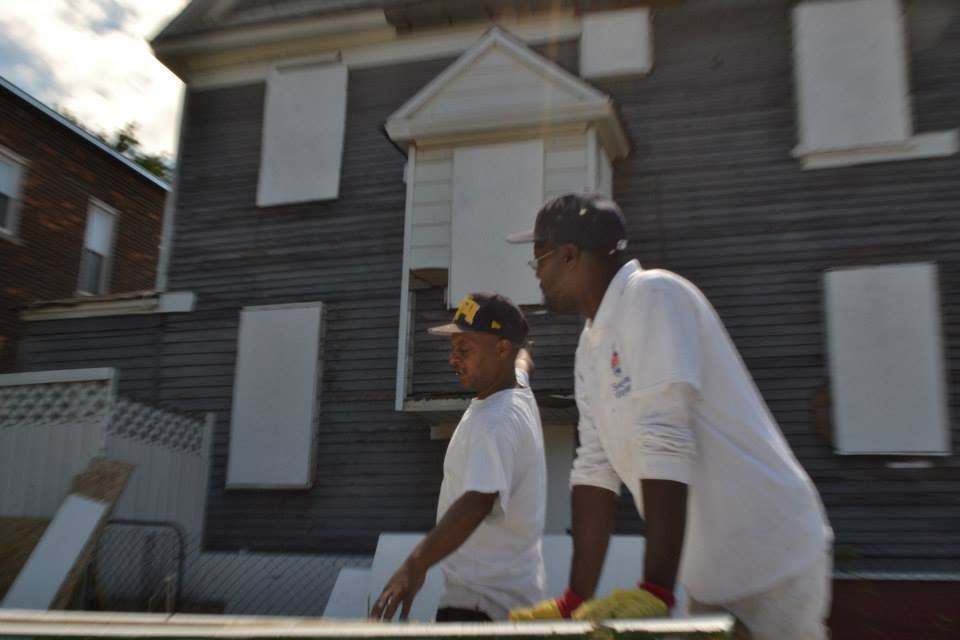 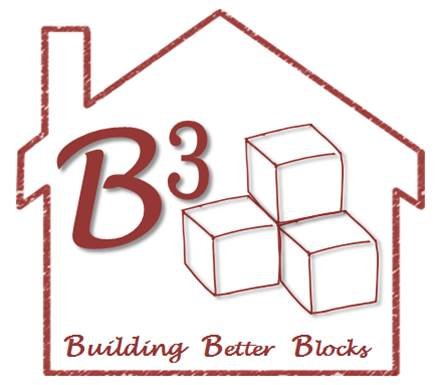 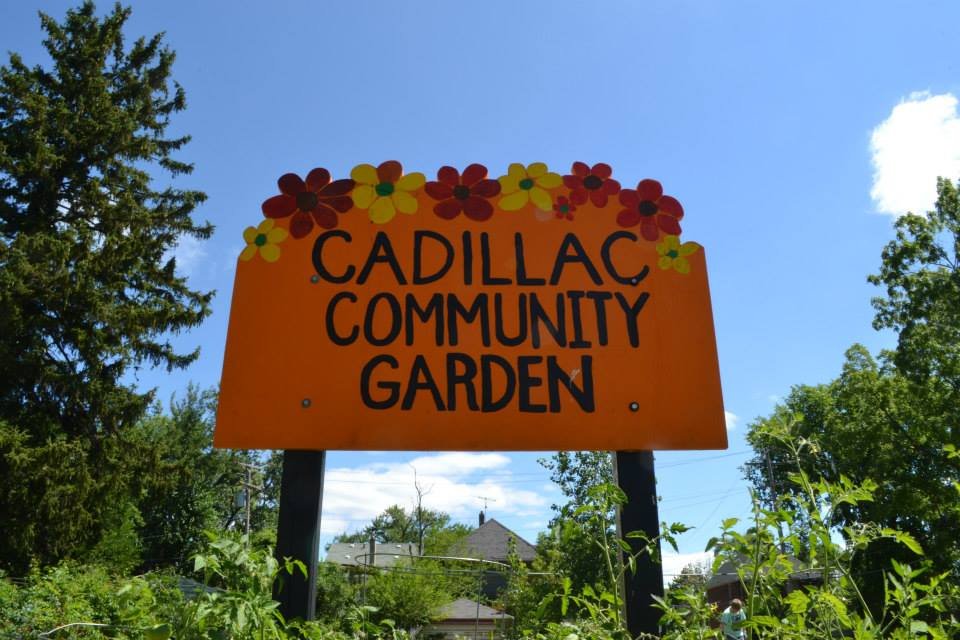 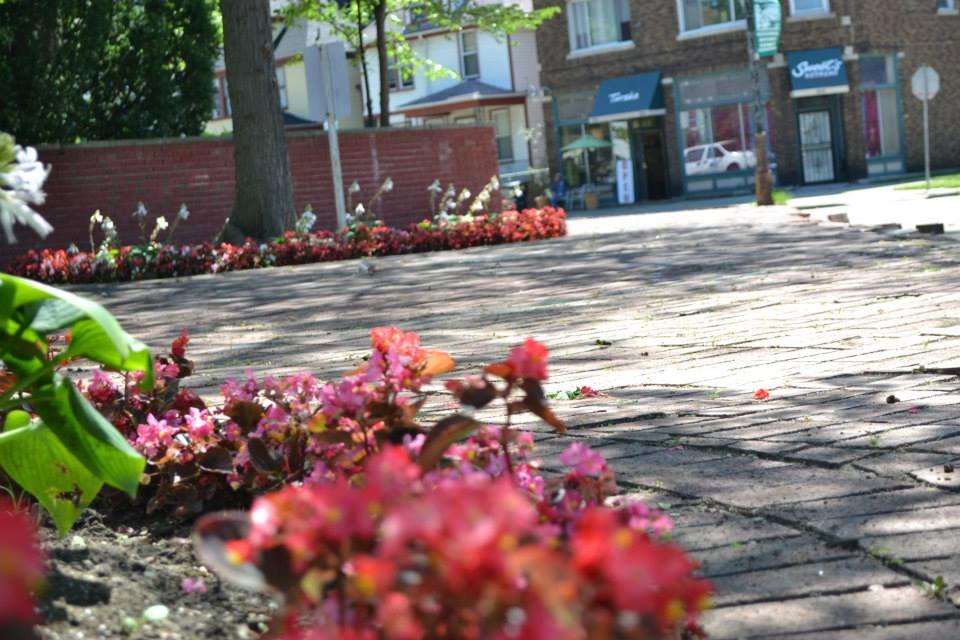 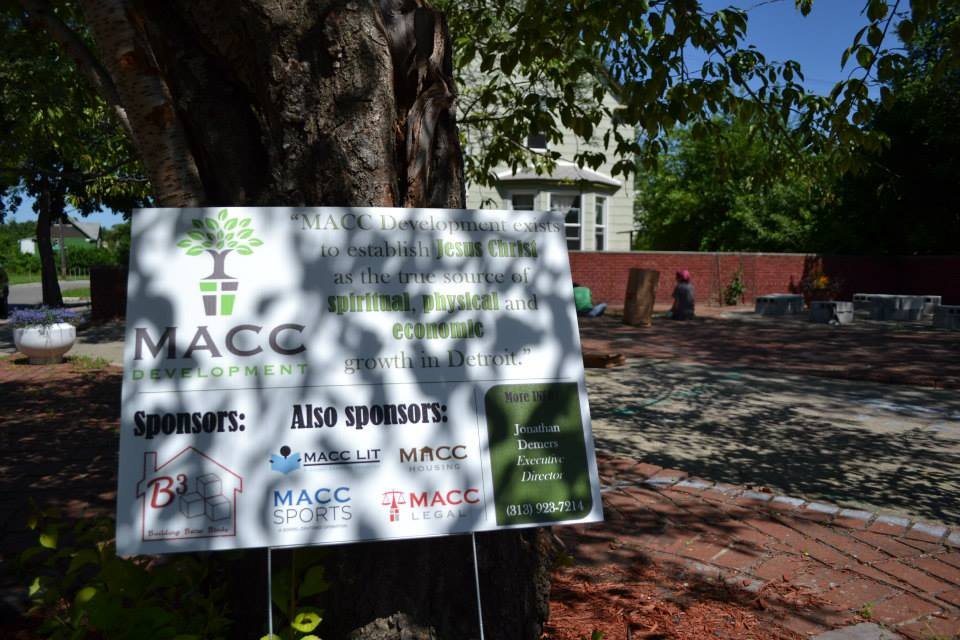 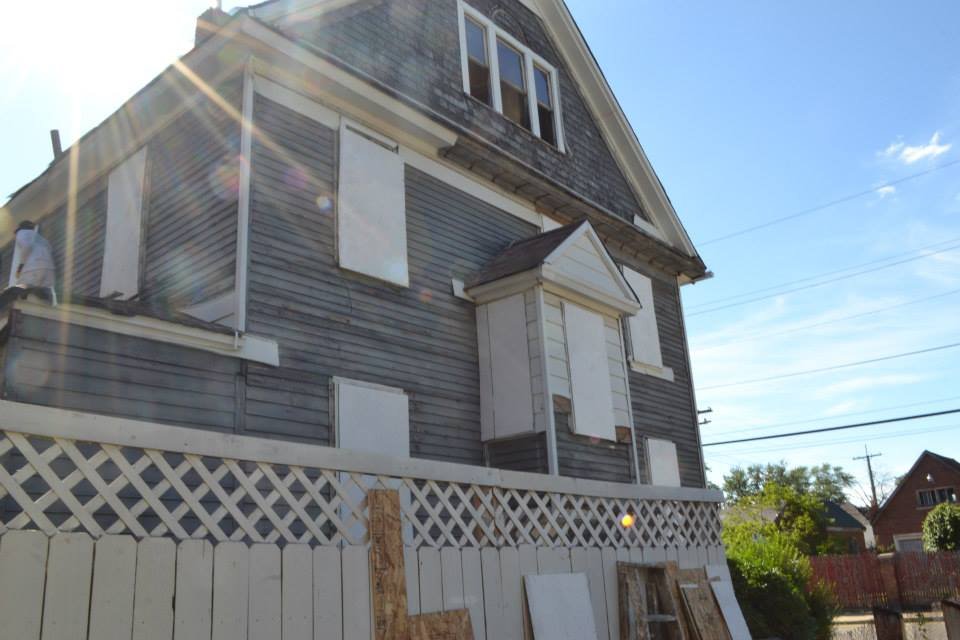 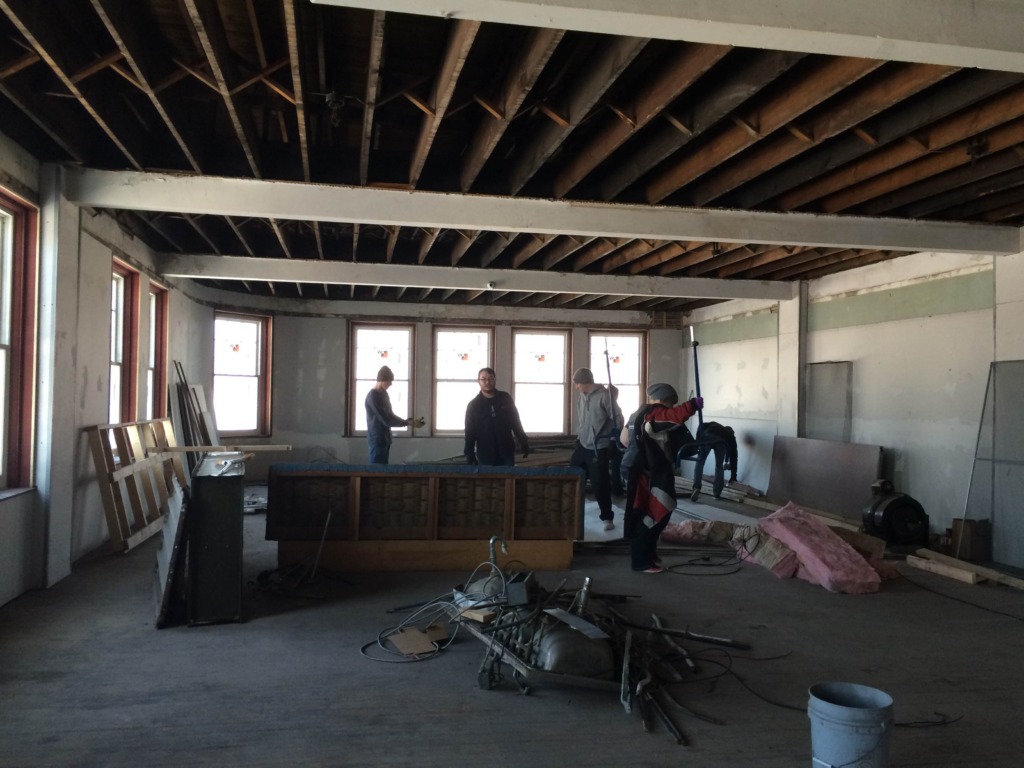 It's a busy holiday season here with MACC Development, and we're excited to see - as the year draws to a close - that this fundraiser has nearly reached its goal!  Thanks to all of your for contributing, and for sharing about our work in Detroit.

First, we're excited to share that our past year of coordinating volunteers to tackle blight projects was a success. Over the course of the entire year, we:

Second, we're excited to see the impact of the work in our neighborhood. Pingree Park, a community that has received a targeted amount of support through this program, has seen major investment from the City of Detroit. The area has received newly installed street lights, has seen dozens of dangerous homes deconstructed, and will see major renovations to the park at the center of the community (including repairs to the softball diamonds, new basketball courts, and more).

Third, we're continuing to make development-based investments throughout the 48214, and our main focus right now is on 7900 Mack Avenue. The 12,000 square foot space is being renovated to be a mixed-used community center, consisting of public workspace, a literacy center, a legal clinic, and anchored by a cafe-laundromat small business. If you're interested in learning more, check out this recent article posted by Model D, a Detroit-based media group.

Your assistance is making a real, tangible impact in our community, and we're grateful! 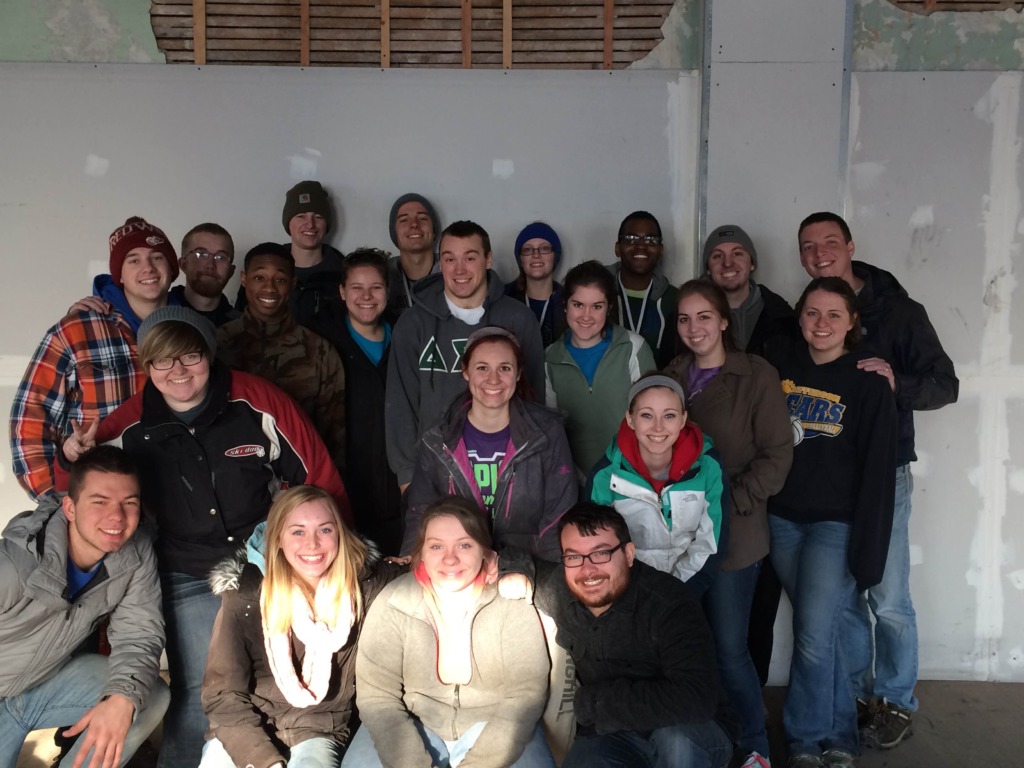 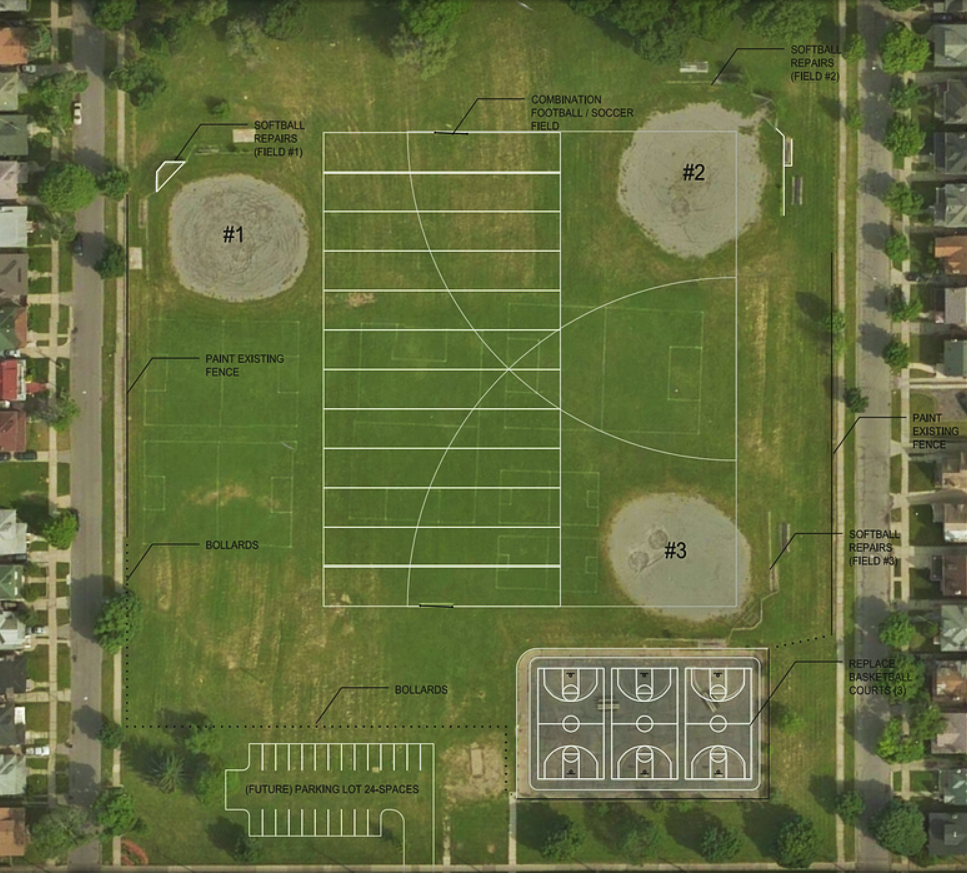 We are gearing up for another busy summer here in Detroit's 48214 community. We've had an increased influx of weekend Spring teams and are now preparing for new opportunities with our summer teams. Check out some of our highlights from the past and goals for the future:

First, please read our review of last summer's work teams to get a glimpse of what this summer will be like!  You can find a blog post from our website that shares some of the hlighlights and experiences. In total, MACC Development organized over 5000 volunteer hours, removed waste and debris from dozens of vacant lots, assisted home owners with demolition and basic repairs, and also boarded sevearl homes.

Second, a home that one of our B3 captains - and volunteer team - had boarded in 2013 is now being rehabilitated by a locally-owned investment company. That company -- Taproot Investments -- plans to completely restore the property before the end of June. We are very excited about Taproot's efforts; it currently owns nine units of housing in the Pingree Park neighborhood and is in the process of developing multiple commercial ventures. You can learn more about Taproot here.

Third, we were able to organize nearly a half-dozen 3-5 day trips between last summer and this summer. Those teams made crucial home repairs, assisted with our literacy and sports programming, remediated blight around the community, and made important improvements on the second floor of the MACC Building. This new effort to organize teams on or around the weekends in non-traditional trip seasons has turned out to be a tremendous way to engage volunteers.

Lastly, we are now organizing five teams for this upcoming summer. They will be investing over 2500 volunteer hours into projects all around the neighborhood, ranging from targeted demolition at commercial buildings that will be repurposed for new businesses, to clearing overgrown alleys with block clubs and neighborhood associations.

Don't be a stranger!  You're always welcome to stop by, or perhaps bring a team of volunteers and serve with us, too. 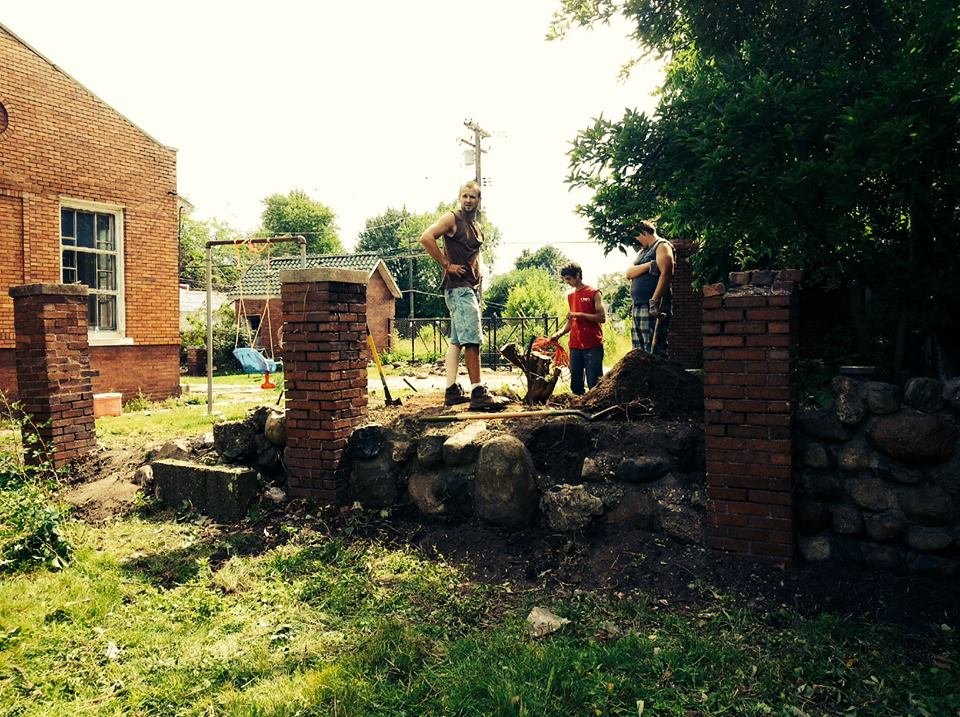 It's a new year, which means more volunteers and more work to be done. Check out some of our highlights form the past year and goals for the upcoming year:

First, please read our review of last summer's work teams. You can find a blog post from our website that shares some of the highlights. In total, we organized over 5000 volunteer hours to remove trash from dozens of lots, assist home owners with demolition and basic repairs, and board sevearl homes.

Second, a home that was boarded last year was recently purchased by a resident-led investment company. That company -- Taproot Investments -- plans to completely rehabilitation the building by May of this year! We are very excited about Taproot's efforts; it currently owns nine units of housing in the Pingree neighborhood also intends to engage with This is a great example ... you can learn more about Taproot here.

Third, we are in the process of coordinating four different Spring Break/March teams over the next four weeks, all from different collegiate environments. We'll be mobilizing over 1000 hours during this time, hours which will poured into neighborhood projects, support for local block clubs, preparations for the upcoming MACC Sports soccer season, demolition and rehabilitation at the MACC Building, and more!

Finally, we have received confirmation on five volunteer groups (and possibly as many as ten groups) working with our organization this summer. That means thousands of dollars invested into dozens of block captain-led projects all around the 48214.

Thank you for supporting this work. It is an important cog in the wheel of many community development efforts, efforts that have helped to stablize the immediate area. 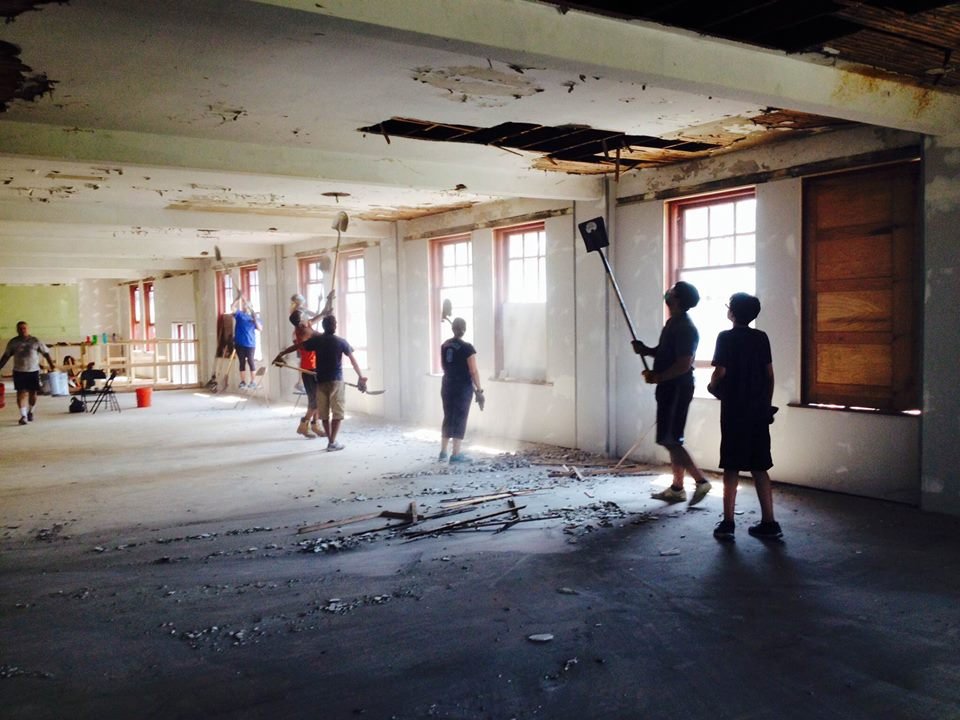 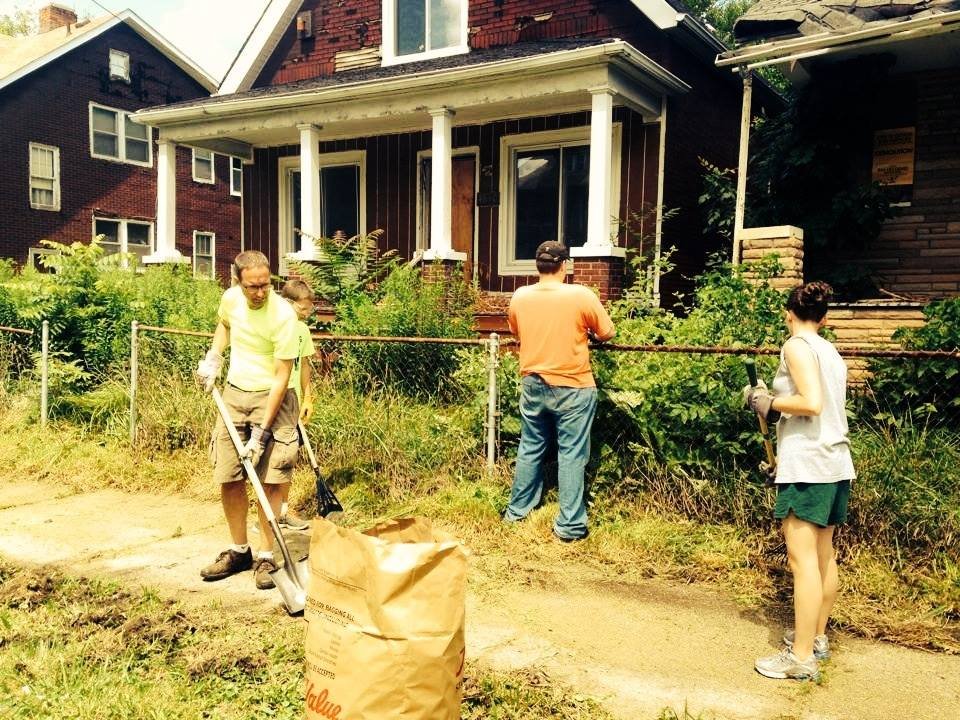 An August Greeting to Everyone!

We are pleased to report on the success of the B3 (Building Better Blocks) efforts of the past summer. With two more volunteer groups still to come, and several more in the fall, we have more still to do.  Of course, that does not mean we should fail to pause and celebrate the work that's been accomplished!

Since our first teams arrived in May, we have:

More importantly that all of this data has been our renewed connection to and partnership with the community. Miguel Pope - President of the Mt. Elliot Business and Community Association - praised one of our teams for "crossing historical lines and boundaries" by "coming together to do something great in our neighborhood." Another Block Captain, Desiree Howard, thoroughly enjoyed "the chance to do something that means something on our own block, right here." Overall, Block Captains surveyed shared near-universal satisfaction with their volunteers, the work accomplished, and the dignifying approach to setting volunteers under their leadership.

But our community and our neighbors weren't the only ones impacted. Volunteers from around the Metro-Detroit area (and out of state!) were challenged and encouraged by their experiences. "Detroit is a community - something we are losing in the suburbs," said Frank Nachtman, a leader from a local church volunteer team. "Unlike our tidy neighborhoods where we barely know the family's name two doors over - Detroiters have a keen awareness of what's going on in their community. That really showed itself in our projects." By setting up men like Frank and their volunteers with local leaders, both parties were benefited by the cross-cultural encounter, and as a result, they were challenged to break down stereotypes of one another while working side by side.

If you're interested in reading more, plese visit the MACC Development Blog, where we'll be posting more stories and updates.

Ultimately, our work has not gone unnoticed. For the first time, we've had more applications for B3 projects that we could sustain and had to turn away applicants. Where in the past our program slowly struggled to get the word out, our organization found ourselves working dilligently to tackle as many B3 tasks as possible and afford as many volunteers to resident Block Captains as was within our capacity.

Additionally, one of our targeted neighborhoods - Pingree Park - has received increased support from the city of Detroit. The namesake of the neighborhood is now one of only 25 parks (out of nearly 200) regularly mowed and maintained by the city. The neighborhood was redesignated with Hard Hit Funnding (HHF), which will mean just over 100 properties will be torn down in the local area. Sevearl beautiful, brick properties reached the city auction, yet another indicator that city has come to recognize Pingree as a viable neighborhood.

So please, be encouraged!  Together, we've made a tremendous, concentrated progress in the 48214 community and teh results speak for themselves. 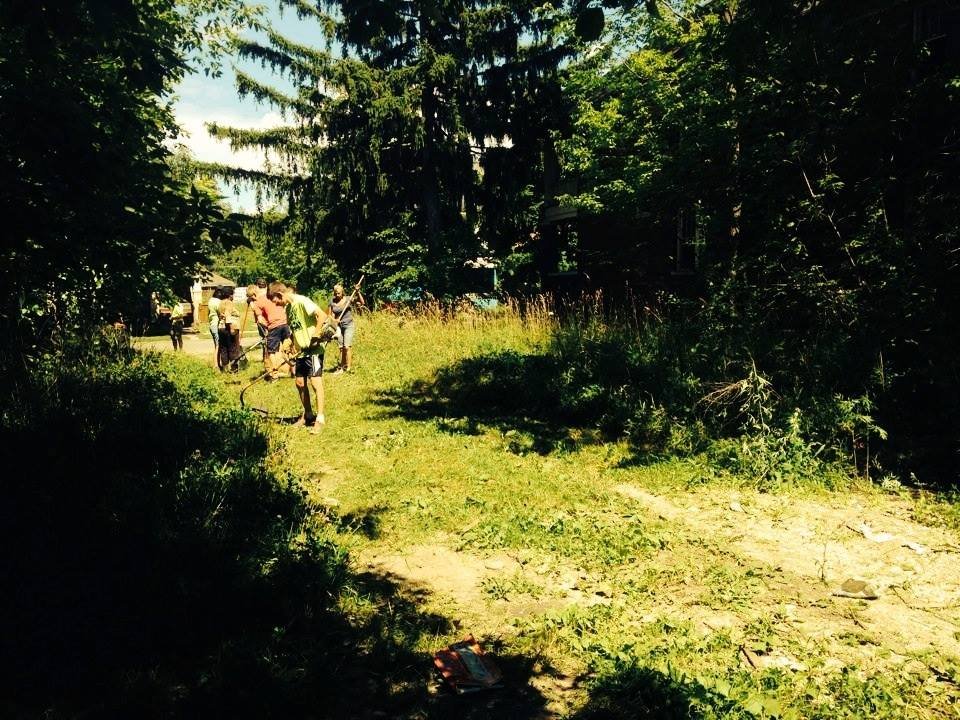 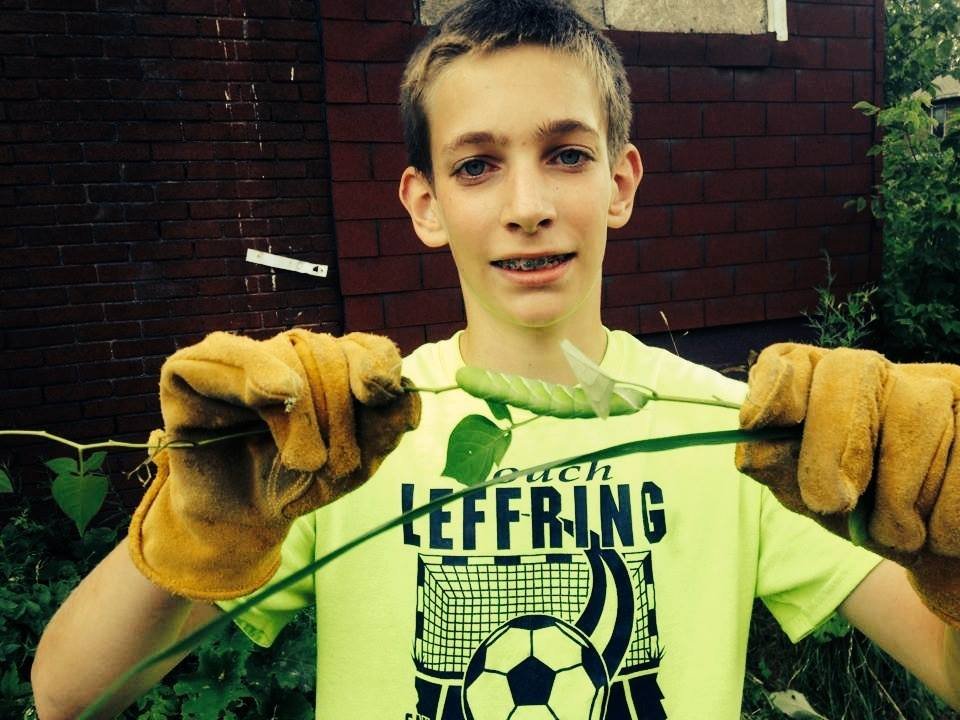 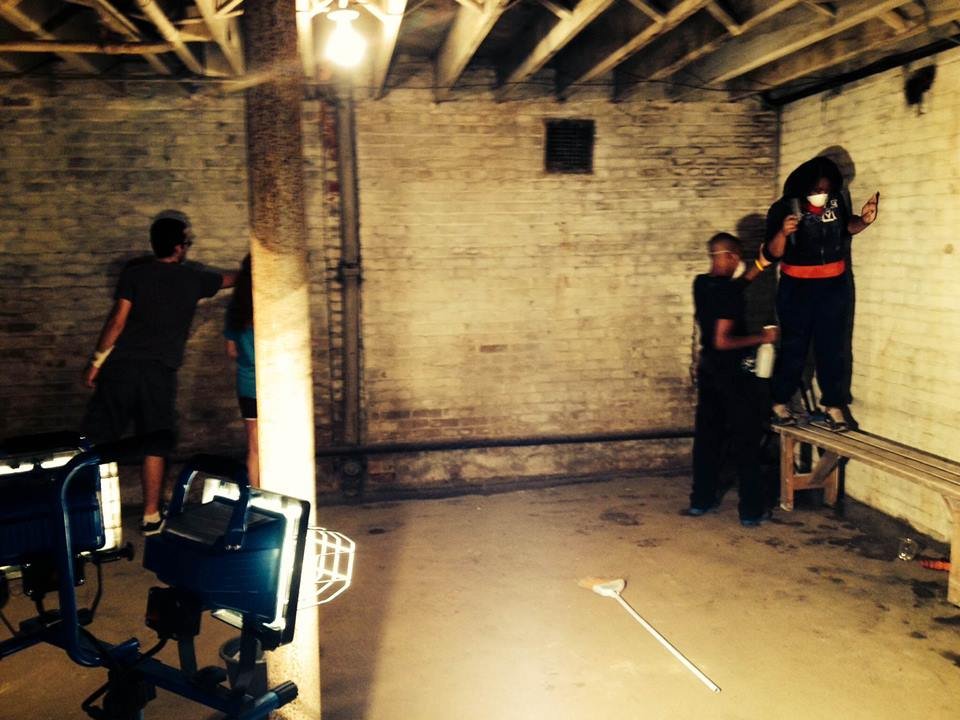 I am excited to share our most recent news and updates on the work of B3 in our community.

As of today, we have seven teams - totally more than 150 volunteers - committed to serving between 5-8 days per team! Teams will be arriving from other parts of the state and outside of the state, and they bring with them a dynamic blend of teachability, financial resources, and physical manpower that we're excited to partner withour neighborhood Block Captains.

This week, our first full-time volunteer team will be arriving to partner with block captains and residents all across our zip code. Gordon College - a small liberal arts school located in Wenham, MA - is sending a team for the fourth year in a row to serve with us. Their team will be exposed to robust cross-cultural and theological training, and many of their preconceived notions and assumptions about the city of Detroit willl be challenged. Moreover, this team is already scheduled to assist with six different community entites - businesses, community development corporations, block clubs, business assocations - as well as assist with our commercial rehab project and at the homes of 48214 residents.

Your giving has allowed us to do far beyond what this team could have provided on their own. We'll be able to combine funds raised through Global Giving - now totaling over $7500 - with funds provided by these teams to board 10 homes, clear dozens of lots, demolish a business storefront for future rehab, paint and secure a local business, and more.

This is only the beginning. This summer, our remaining 7+ teams will arrive, and we'll be ready for them thanks to your contributions!

GlobalGiving
Guarantee
Donate https://www.globalgiving.org/dy/cart/view/gg.html?cmd=addItem&projid=14301&rf=microdata&frequency=ONCE&amount=25
Please Note
WARNING: Javascript is currently disabled or is not available in your browser. GlobalGiving makes extensive use of Javascript and will not function properly with Javascript disabled. Please enable Javascript and refresh this page.