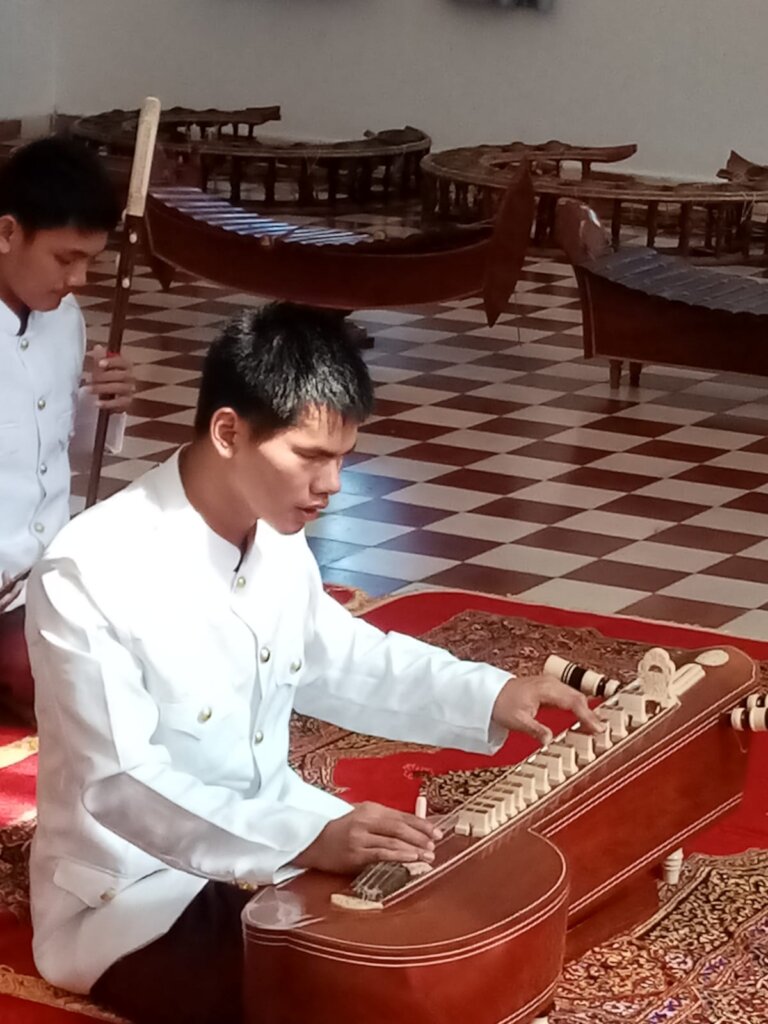 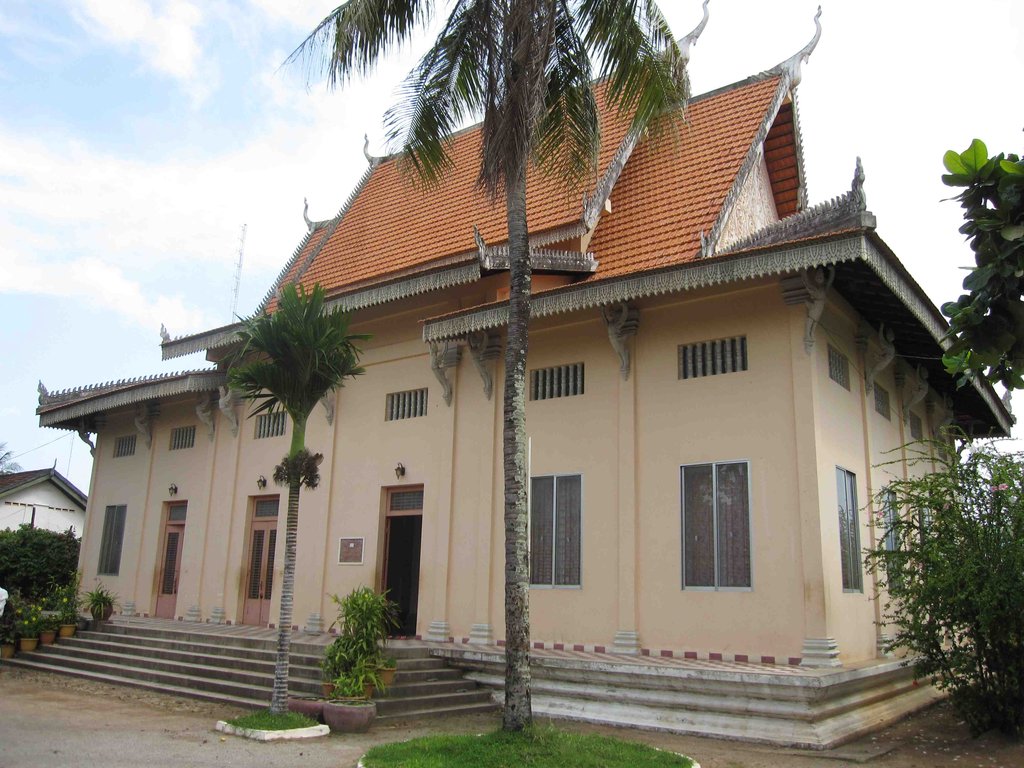 The revival of traditional Cambodian ballet 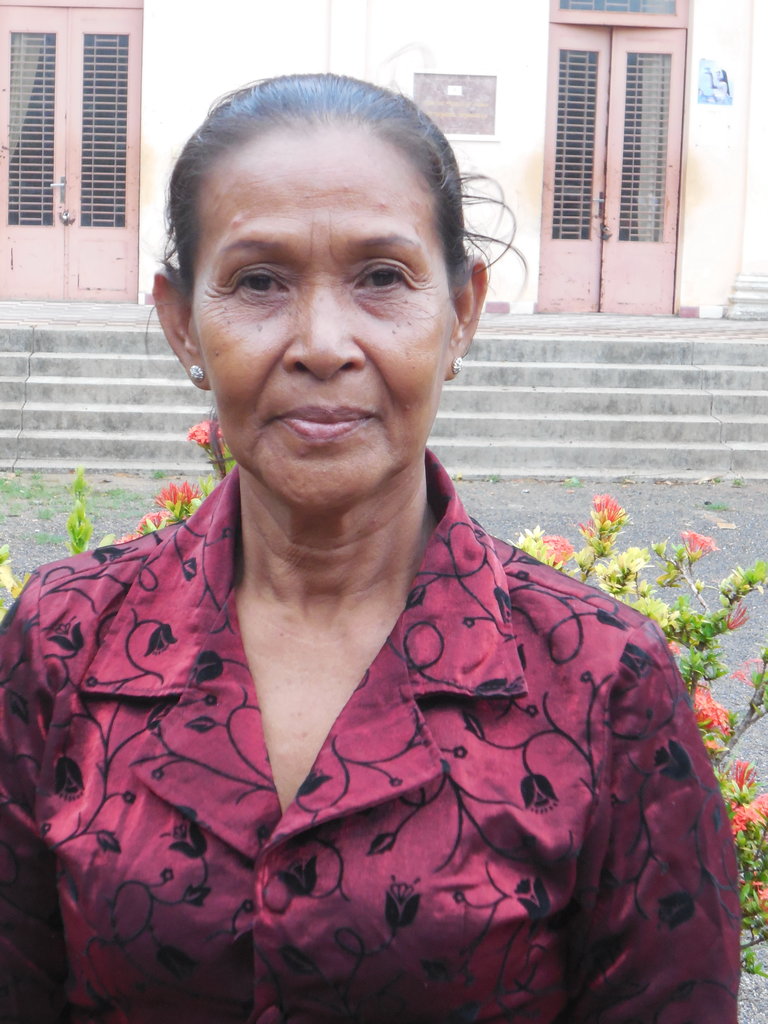 We would like to tell you the true story of our ballet teacher Mrs An*, who kindly gave her permission for her history to be told, in hommage to the many artists who never made it back in 1979. So that everyone who reads this report, can understand what the Cambodian people went through in order to revive their traditional arts and what it means for our school, the Kampot Traditional Music School for Orphaned and Disabled Children/KCDI to do the activities that we do.

In the Royal Palace The Golden Age

An - as a little girl of 7 gained entrance to the Royal Ballet troupe within the Royal Palace, during the governance of Prince Sihanouk. She was selected to become a dancer by Prince Sihanouk's mother, HRH Queen Kossamak, responsible for the extraordinary flowering of traditional music and ballet in Cambodia during that period.

Studying with the greatest ballet mistresses of her era, An studied with Yeay Pong, Yeay Kan, Yeay Puon and her own mother the famous Yeay Teay**.

The peaceful and joyful life within the palace walls, soon became darker and menacing when General Lon Nol overthrew Prince Sihanouk in a coup and forced the Royal family into exile. The young An by now aged around 14 continued with her studies and performances within the palace, but with a sense of impending doom as Cambodia slipped into civil war and battles between Khmer Rouge and government forces raged outside the capital city Phnom Penh.

The Fall of Phnom Penh and the Begining of Darkness

In April 1975 Phnom Penh fell to the Khmer Rouge and An by now married and pregnant with her third child, joined the rest of the population in the forced mass exodus into the countryside.  With her young family and 8 months pregnant An was forced to walk by foot, hundreds of kilometres to the North of the country to Battambang Province. She gave birth during the way.

Once in Battambang, the Khmer Rouge ordered everyone into mass concentration camps. At first An was given "easier" tasks in the communal vegetable garden, as she had recently given birth. Her 2nd child, a little girl of 3 years stayed with An and her new born baby. The Khmer Rouge systematically starved the population, making everyone eat one meal a day (watery rice gruel) and prohibiting individuals from collecting food for themselves or their families. When An's little girl by now starving, plucked some corn from the communal garden, the Khmer Rouge chief was furious and threatened An and her daughter with execution. An therefore had to forbid her little daughter from picking things to eat and soon after, her beloved little girl died of starvation.

Not long afterwards, the Khmer Rouge led away the entire male population of that commune, accusing them of being former "government soldiers." An saw her husband (a former construction worker) being led away with the other men, his hands tied behind his back. The men never came back and were executed in a mass grave. Only 5 men remained in that commune, they were very elderly and ill and the Khmer Rouge could not accuse them of being "soldiers". To this day, An does not know the exact place her husband died and cannot make a proper grave for his remains.

Phnom Penh was in empty ruins, the buildings and roads full of trees and overgrown plants, furniture and abandoned goods in the middle of the roads, just as they had been left when the great exodus of Phnom Penh occured in 1975. The national bank lay in ruins, the main bridges blown up. There was nothing to eat, no money, no medicines and all the houses were empty from the deaths of so many.

The doors of the Royal Palace were open and An and her mother went in. Of the hundreds of classical Cambodian dancers and musicians, only a handful were left alive. Nine of the great ballet teachers were still alive and five of the great music masters. An describes the feeling of overwhelming love that those who survived had for one another.

She and the younger dancers set about with extraordinary determination to relive and re-learn the ancient teachings of the past from the last of the great teachers. Learning each dance, female and male roles, as well as the "Yik" (ogre) role, An slowly pieced together the shattered remains of her heritage.

In those days the Ministry of Culture, itself shattered and struggling for survival, paid the artists with rice.

No one can forget the immense solidarity and courage these artists and all Cambodians had, to piece their country together again, after a third of the population had died.

During the 1980's and early 1990's when Cambodian began official performance tours, many younger dancers fled the misery of their country and became exiles in the UK and the USA. However other dancers like An, struggled on with the belief of re-establishing their art before it disappeared forever.

Was built in 1994 after being ratified as a Cambodian NGO in 1993 with the blessing and permission of the Ministry of Culture and the Royal University of Fine Arts. Dedicated to the restoration of traditional music and later also traditional classical ballet and Yike theatre as well as other ancient Cambodian art forms, we have worked continuously to keep these art forms alive for the next generation of Cambodians and for our world heritage. At the same time as caring for vulnerable children, so that the tuition of culture goes hand in hand with meeting the essential and practical needs of our children.

We express our deepest honour and thanks to Mrs An and to all our teachers, some sadly now passed away and to those who are with us today. We thank them for coming all the way from the National Theatre and Royal Ballet, from the Royal University of Fine Arts to share with us their extraordinary skills, their courage and loving kindness. For passing on their precious knowledge to the next generation of young Cambodians.

Thank you all who have donated to this project, for enabling us to continue on. Our project has been such a success and is attended with such enthusiasm by over 400 local children,many of them girls, as well as benefiting our resident children, that we are continuing into 2015 and beyond.

**This report was given without using the full names or in some cases the real name of the people mentioned, in order to protect their privacy. The photographs were taken with full permission from participants. 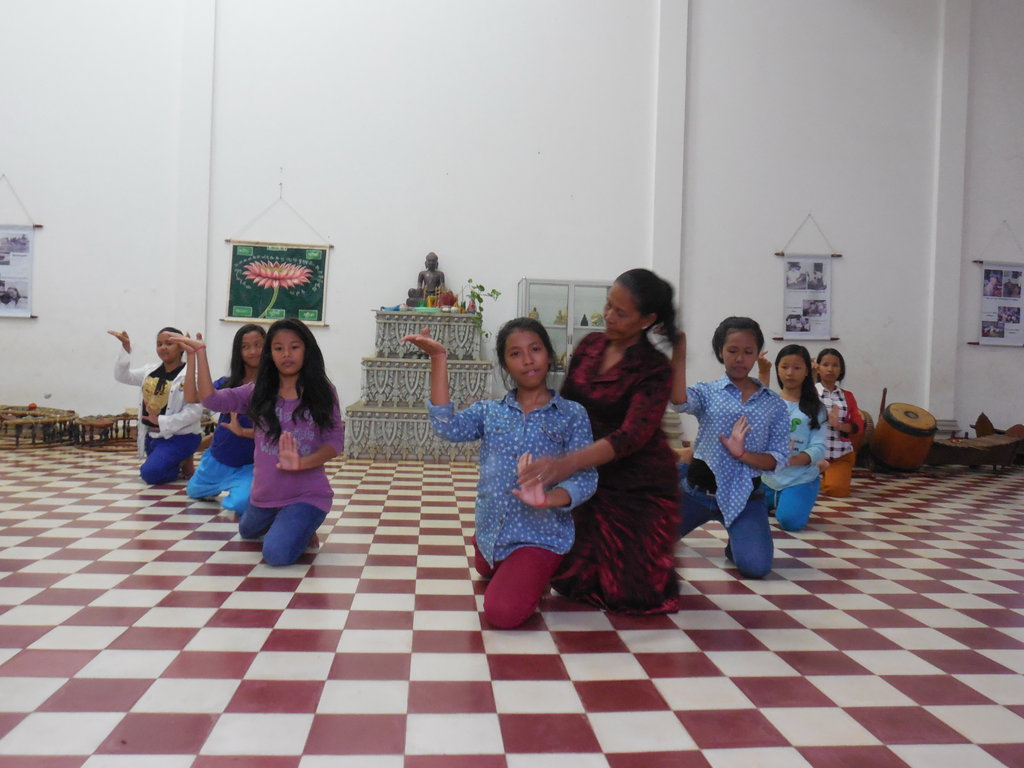 GlobalGiving
Guarantee
Donate https://www.globalgiving.org/dy/cart/view/gg.html?cmd=addItem&projid=13106&rf=microdata&frequency=ONCE&amount=25
Please Note
WARNING: Javascript is currently disabled or is not available in your browser. GlobalGiving makes extensive use of Javascript and will not function properly with Javascript disabled. Please enable Javascript and refresh this page.