Dancing for peace at the National Sea Festival 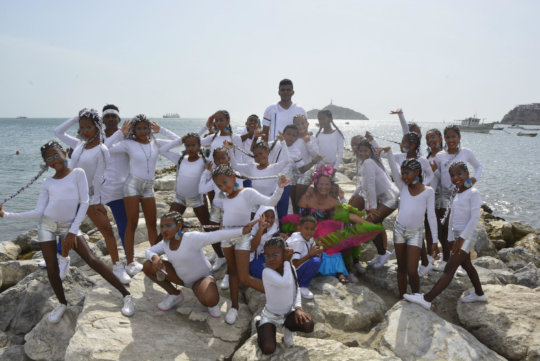 Feliz Cumpleaños Santa Marta! The “National Festival of the Sea” or “Fiesta del mar”, how locals call the most important event in Santa Marta, is as well a very special festival for the country due to the fact that Santa Marta is the first city in Colombia founded back in 1525. The city celebrates five days in a row the sea, country, beach, nature, life, actually everything where colombians are proud of. And of course a big parade can’t miss! With more than 100 groups it’s a huge honour to be part of the folklore parade which represents the cultural heritage, music, dance, the beauty of Colombia and its people.

This year it was the first time in history, that Tiempo de Juego took part at the famous parade on Saturday 27th of July 2019. A wish came true for the 28 kids dancing group “TDJ DANCE” not only to watch this huge parade with their families but to participate! The kids between 8 and 16 years demonstrated a lot of discipline and performance to overcome not only the hard training three times a week but as well to dance with the nicest smile and the even more impressive movements to afro-colombian music for four hours in the burning sun of the Caribbean Sea. Thanks to 15 moms and dads and the whole team of Tiempo de Juego the kids have been supplied with water and snacks during their performance, kept motivated and not to mention the help to prepare the spectacular afro look, make up, hair and costumes of the team.

It is also important to mention the currently personal and technical development of several young leaders of Tiempo de Juego in dancing classes. Four of the young leaders have already taught dance classes and even the three choreographies at the parade was created by dancing teacher Maurico and the young leaders Wendy and Brayan itselves. Through their learning process in dancing class, the obligatory Tiempo de Juego leadership school and due to gender equality classes they have become better leaders who are able to use their skills in a proper way.

Nevertheless, to realize all these activities is only possible because many people believe in the work of Tiempo de Juego. Only because of YOU, it was possible to fullfill the dream of many kids of Tiempo de Juego at "Fiesta del mar": show their talent in public, enjoying the audience and the attention of people and doing something what they really love: DANCE. Thanks to your donation it was possible to finance this activity which gave a lot of confident and built up the self esteem of the kids to be a good person.

Please help us to fullfill many more dreams of the kids of Tiempo de Juego in Santa Marta! 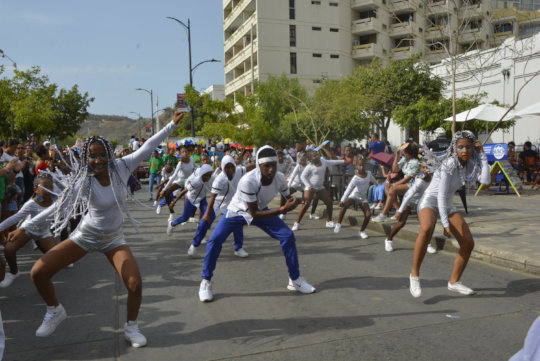 Performing in front of thousands visitors 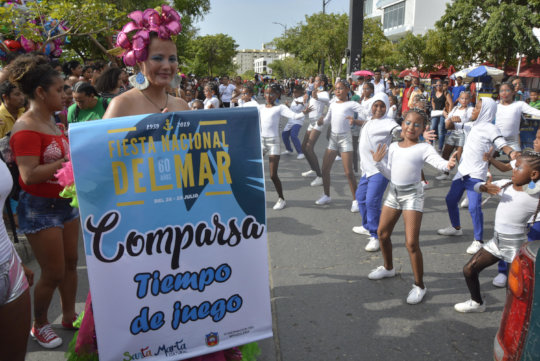 TDj is one out of the 100 participating groups 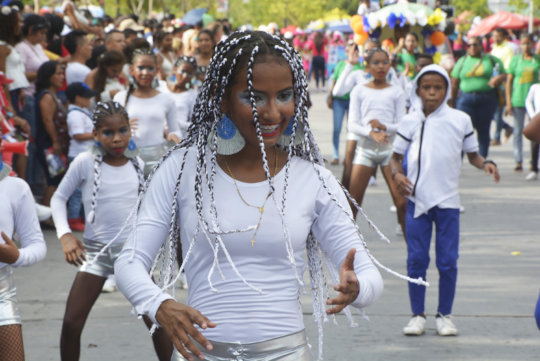 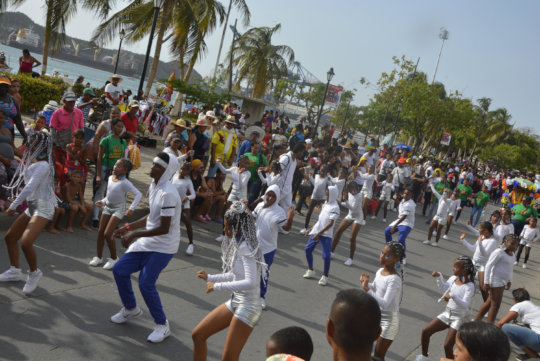 Dancing in front of the lovely sea of Santa Marta 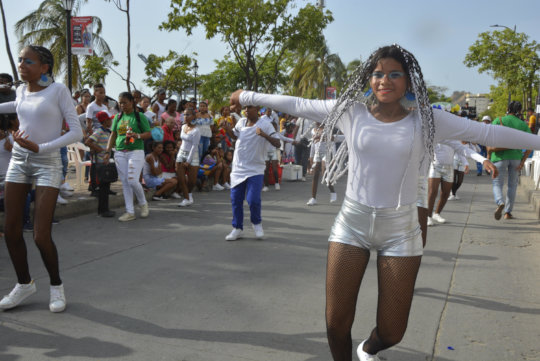 Young leader Karol shows what she learned in class 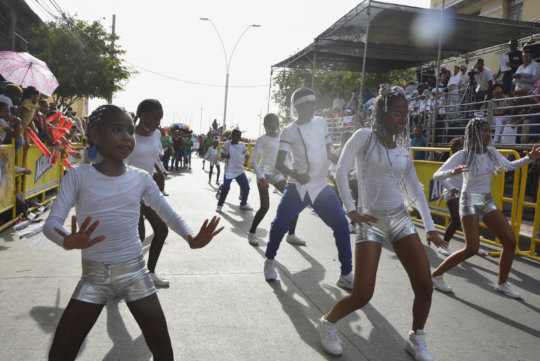 Dancing together and breaking boundaries! 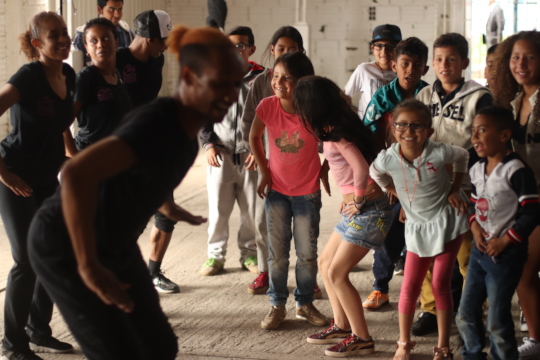 Last month was a very productive one for Tiempo De Juego’s team and the kids who actively participate in the different activities of Cazuca Dreams On. We’ve always been dreaming about inspiring kids through arts, sports and Technology. This is why from May 13th to May 17th we had the pleasure of hosting one of the most recognized, experienced Dance academies of the U.S, Cleo Parker Robinson Dance Ensemble.

Visiting us from Denver, Colorado, and with the help of our several years cooperation with Dr. Harvey Milkman, 12 members of CPRDE (including dancers and directors) inspired us with their work and lessons. The visit began with an amazing workshop planned by CPRD to teach kids from the “Natalia Moreno” Dance School on how to communicate with their bodies at dancing, the day concluded with a unique performance by both groups together. This integration was the cherry on the cake of a fantastic day and truly showed a sense of communion and unity between both groups. This event was witnessed by almost 100 hundred assistants (both kids and TDJs team).

But that wasn’t all, CPRD was ready to blow our minds with one of the best shows Tiempo the Juegos partners, friends, participants and families could see. On an evening performance as a fundraising event, CPRD danced with their hearts in front of 250 people.

Creating this opportunities for youth is what we aspire to do every day. By providing fun spaces for them to express and explore we’re allowing them to connect with their inner self and aspire for better opportunities now and in the future.

We thank you all for the support you've been giving  Fundación Tiempo de Juego this year to be able to provide children and youth with an opportunity to have natural highs through dance and arts.

Thank you for joining Fundación Tiempo de Juego too. The ball keeps rolling! 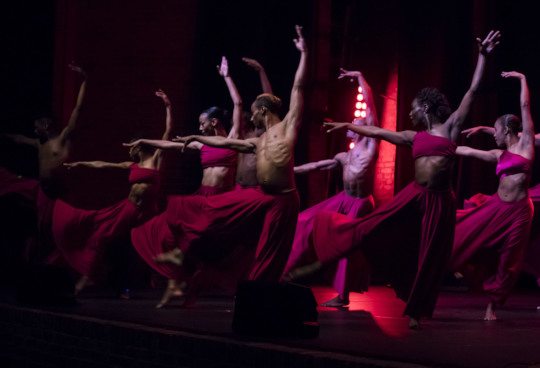 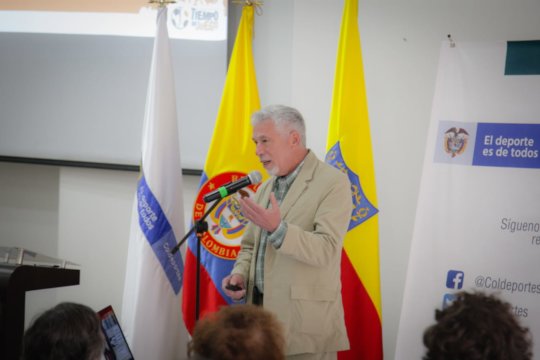 We happily gave the warmest welcome to our friend and partner Dr. Harvey Milkman. On this occasion he was invited to the Colombian Ministry of Sports) to share his Natural Highs theory with a full auditory.

His theory acknowledges the model Tiempo de Juego has been promoting for thirteen years, as one capable of reducing the risks of children exposed to drugs and alcohol abuse through sports and arts. Natural Highs theory is based on more than twenty years of studies, and has already been applied in 35 European cities once Iceland adopted it with proven results.

Dr. Milkman also joined us through a fantastic week full of performances of their friends Cleo Parker Robinson Dance Ensemble.

We thank the support you've given Fundación Tiempo de Juego this year to be able to provide children and youth with an opportunity to have natural highs through sports. We would like to share images of our work, visit us on our Social Media: https://www.facebook.com/FundacionTiempodeJuego/