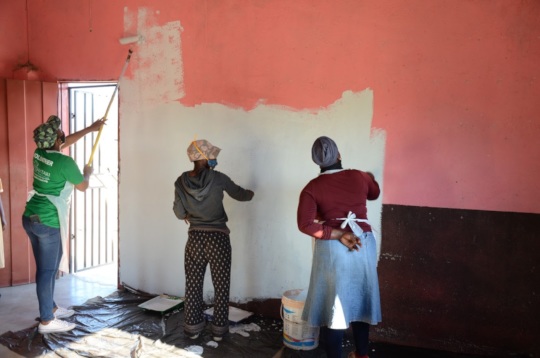 Supporting and uplifting the local communities is one of DAKTARI's main priorities. We achieve this through a variety of ways, and we focus on people in need especially during these difficult times.

Mandela Day 2020 took place on July 18th and is celebrated on Nelson Mandela's 18 July birthday. The goal of this day is: "Nelson Mandela has fought for social justice for 67 years. We're asking you to start with 67 minutes."

We decided to give back to the community by painting the classroom of Molokwane Creche, where most of our staff's children go to. The creche is closed due to the pandemic but they are taking this time to renovate the premises.

This was the perfect opportunity for the DAKTARI staff and volunteers to get together the whole afternoon to help with the painting!

We are extremely proud to have provided food in the nearby villages. Indeed, due to the pandemic, many people are left without a job or income and are struggling the put food on the table.

So far, we have provided 700 parcels, or 58,800 meals! Thank you to all the generous donors who made this possible.

We are still raising funds to deliver more food parcels to the village and any donation is helping us reach this goal! 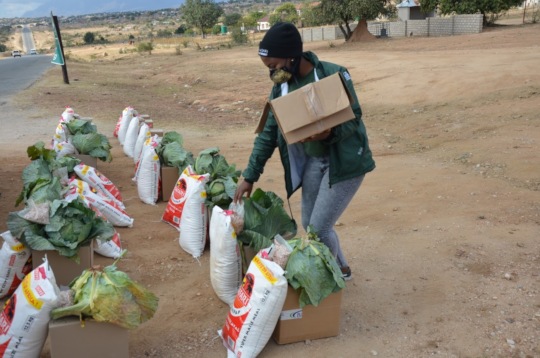 THE LATEST FROM DAKTARI! 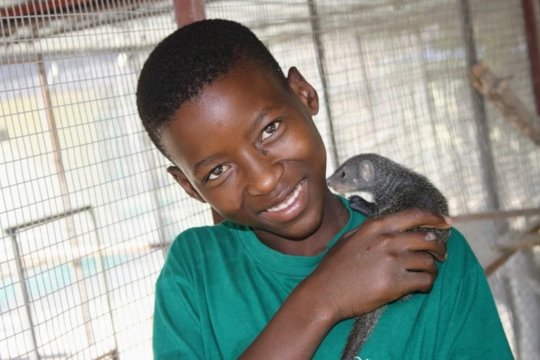 A lot has changed in the past few months since the start of the pandemic and the lockdown in South Africa! However, we stand strong and we cannot wait to be able to run our project as usual hopefully soon!

The crisis continue to hit the country and we are still under lockdown lever 3. We are not sure when international travel will be allowed again and schools are also still partially closed.

Therefore, with no international volunteers or children, we are not delivering our usual onsite Environmental Education project for now. We miss having the camp full of children and laughters!

We still want to tell the communities of the importance of DAKTARI’s mission, which is to educate and inspire children to value and protect their environment.

Therefore, we used this quiet time to strengthen our relationship with the surrounding villages. We invited the chiefs of 6 villages, who are each in charge of a village, to come for half a day and visit DAKTARI.

We gave them a tour of the camp and the animals, and realised that some of them had never seen an ostrich or a meerkat before! We also reinforced the importance of teaching the children about the environment through a presentation of our teaching program, allowing them to better understand our mission.

The chiefs are very respected and the community listens to them, so having their full support is crucial to the success of our mission. They can pass the message to their people about the importance of protecting the wildlife and taking care of the environment. 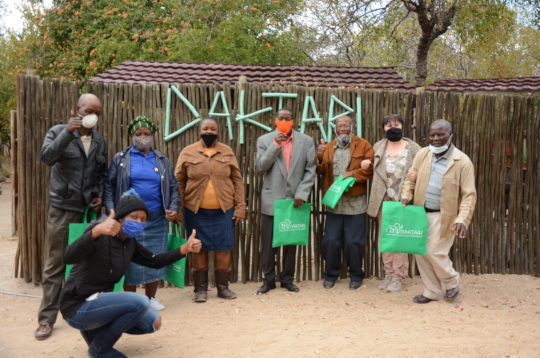 Group picture with the chiefs 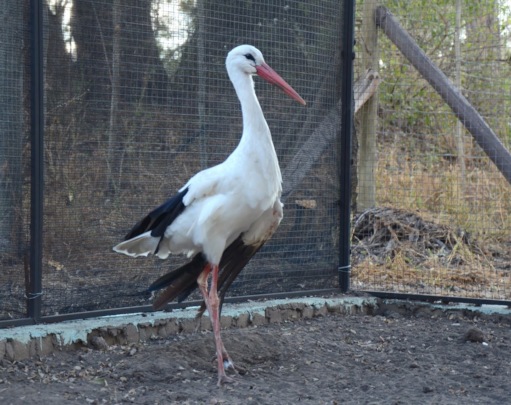 The Wildlife Orphanage is still up and running depsite the crisis we are going through. are glad to share the following updates with you.

The four youngsters of the dassie family had grown significantly so we decided it was time to let them go! The family of 6 dassies was released together end of June. We keep feeding them from time to time to help them adapt to their new environment. We can still see them running or climbing trees around camp!

We also had four other dassies in a seperate enclosure. Two of them (Caline and Little Boy) have also been set free after the death of their other two friends, Gini and Big Boy. They now live free in camp, and enjoy having their afternoon nap on the couch with Michele, or keeping warm by cuddling the dogs!

Tugela had been rescued from a crocodile farm but it was now big enough to live a happy life in the wild. We explored different options as to where we could release him, and sadly the dam on our farm is drying up to quickly to consider it as a safe alternative. So, we safely transported him to the neighbouring farm around mid-July, where the flowing river is his new home!

The Brigitte Bardot Foundation had kindly sponsored the building of an aviary that we finished a couple of months ago. And we have just welcomed the first resident of the aviary! Sigourney is a beautiful White Stork that has one of her wing permanently injured after she had flown into a fence. Thus, she cannot fly nor can she be rehabilitated and will stay at DAKTARI to live happy days while educating the children.

The lovely Myna Bird, Jack, sadly passed away last week. Jack was free during the day, landing on people's heads and shoudlers unexpectedly or having a sip of tea in the morning. He was also very talktative, imitating sounds around him! One evening, we did not manage to find him and bring him back to his enclosure for the night. The next morning, when we only found feathers scattered on the ground we understood that we will sadly not see him around again.

1 2 3 4 5 6 7 8 9 ... 86 ›
WARNING: Javascript is currently disabled or is not available in your browser. GlobalGiving makes extensive use of Javascript and will not function properly with Javascript disabled. Please enable Javascript and refresh this page.