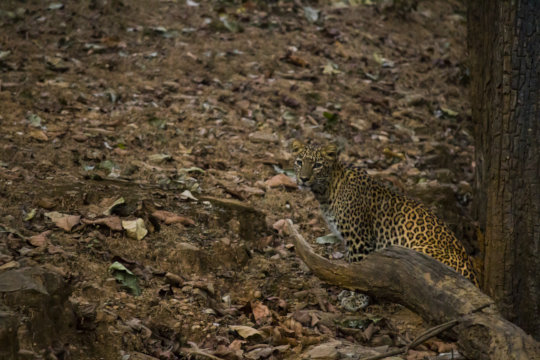 Hope you have been well.

First of all, thank you so much for your generous support towards our cause. In the reporting period, we provided ex-gratia support to the families of two frontline forest staff who unfortunately succumbed to animal attacks while on duty.

The frontline forest staff are on a constant vigilance to protect India's forests and wildlife. Their job however is not easy. Attacks by wild animals, confrontation with poachers and accidents on duty often result in serious injuries and even death. To boost their morale and provide support to their families, Wildlife Trust of India pioneered a 'supplementary accident assurance scheme' in 2001. Through this scheme, we have been providing immediate ex-gratia (INR 1, 00, 000 or about USD 1,327) to the families of deceased or a lesser amount to the injured frontline staff.

On 27th May, 2020, 50 year old, Mr Dhanna lost his life to a leopard attack while on duty. The heat of the summer led him and his two other colleagues to sleep outside in the open. This was when Mr. Dhanna was attacked by the leopard. He was serving as a watchman for the last 25 years in the Matkuli range of the Satpura Tiger Reserve. He is survived by his wife and three children who were his dependents. WTI provided supplementary accident insurance of INR 1, 00, 000/- to the family as a support during this difficult time. Mr Dhanna was an excellent ranger and was brilliant at identifying tiger pug marks. He will be missed by his team for his profound knowledge, experience and team spirit.

In another incident, Mr. Bindeshwar, who was serving as a Range Officer in Panna Tiger Reserve, passed away on 14th August, 2020, after being attacked by an elephant. At the time of the attack, Mr. Bindeshwar was taking part in an operation to locate a tigress, whose collar had to be inspected. Mr Bindeshwar was trying to hand over a wireless handset to one of the staff who was sitting on top of a kumki elephant. The elephant however suddenly attacked Mr Bindeshwar. Despite all efforts to save him, he unfortunately succumbed to his injuries. Mr. Bindeshwar is survived by his wife and a 22 year old son. WTI provided ex-gratia support of INR 1, 00, 000/- to his wife. Mr. Bindeshwar was a diligent officer working on Tiger reintroduction in Panna Tiger Reserve for the past eight years, and took part in tiger monitoring, tranquilising and rescue operations.

That's all for today's updates. Thank you once again for your support. We will keep sharing similar updates with you. Till then stay safe and take care. 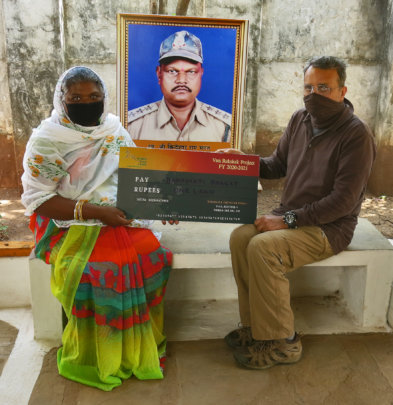 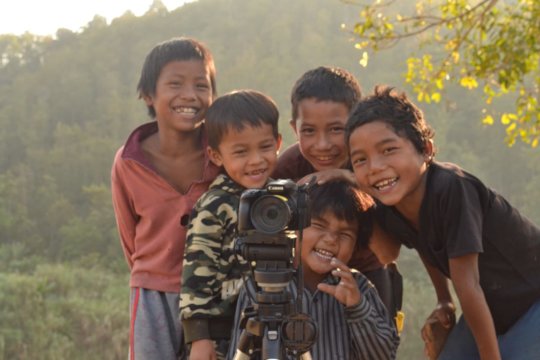 In the last report we shared with you, we had mentioned about a Rapid Action Project initiated around the Dampa Tiger Reserve in Mizoram. Today’s updates are a follow-up on that project.

One of our local partners who had been working with the Forest Department as a Wildlife Guard, had sought our support to sensitise the local community around ‘Dampa Tiger Reserve’ in Mizoram about the regions’ unique biodiversity so as to minimize the hunting of threatened and endemic species. The proposed region comprises of several endemic and endangered species such as leaf monkeys, hoolock gibbons, golden cats, marbled cats, Chinese pangolins, etc. Being a local, our project partner witnessed hunting of several species in the region by the local community. To curtail this trend, he decided to develop a biodiversity inventory for the area surrounding the Tiger Reserve and engage the local community in the process. This he believed would apprise the hunting community of the species diversity of the region and their ecological significance. He also wanted to understand the belief system, especially of the youth and had planned regular meetings with the community. He wanted to mobilise ‘informer groups’ to keep a check on the hunting status.

We had provided camera traps to our local partner to monitor the region’s biodiversity and gather hunting evidences.

Unfortunately, the reporting period for this update and the associated work, is marred by the COVID pandemic, and a territorial dispute in Mizoram. The roadways are blocked resulting in limited access to food supplies and fuel for vehicles. Moreover our proponent, contracted corona virus and was discharged from the hospital only recently. The team is in regular contact with him. He has been braving the situation and is determined to resume work as soon as possible.

Meanwhile, telephonic discussions with the Village heads were initiated for conducting awareness programs and survey in two villages in the targeted region. Also, work on developing a documentary on the hunting practices around Dampa Tiger Reserve has been initiated. The documentary is in the editing phase.

We are grateful for your support during these difficult times. Thank you so much for being by our side. We will keep you updated on the progress of the project. Till then, stay safe and take care. 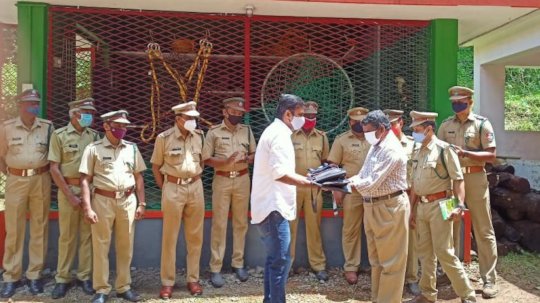 With this email, we are sharing with you the updates for our project titled “Help rescue wild animals and birds in India”. Thank you so much for believing in our work and also for your generous donation to the project.

Today’s updates are from Plachery, in Kerala. The Plachery Forest Department staff approached WTI for equipment support during the monsoon season as there was a sudden increase in wildlife displacement cases in the region. The Forest Department faced a shortage of equipment and field gear necessary to conduct the rescue operations. Through a Rapid Action Project, we provided the Forest Department with a trapping cage, a large rope, a net for lifting animals trapped in wells, 3 catchpoles, 3 snake rescue kits, 3 flashlights, 5 headlamps, 5 pairs of safety shoes, raincoats, veterinary medicines as well as food supplements for the rescued animals. The equipment and tools were basically provided for responding to rescue calls of smaller mammals and reptiles.

A timely intervention in this case resulted in saving the lives of so many wild animals. All this was made possible because of your support, for which we are very grateful. We will soon get back to you with similar updates.

Till then, stay safe and healthy. 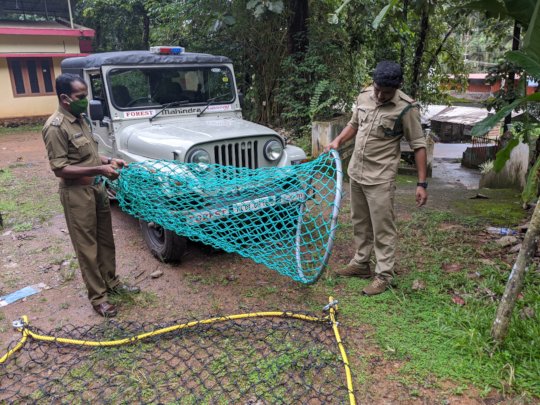 ‹ 1 ... 3 4 5 6 7 8 9 10 ... 60 ›
WARNING: Javascript is currently disabled or is not available in your browser. GlobalGiving makes extensive use of Javascript and will not function properly with Javascript disabled. Please enable Javascript and refresh this page.