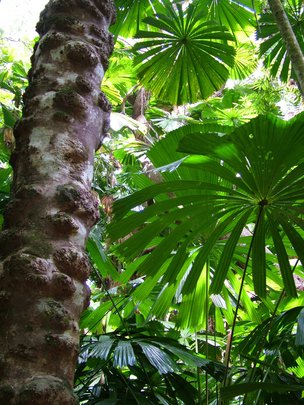 "These blocks are located in Cow Bay, an area that we’ve been working towards protecting for more than a decade, and now it’s all coming together,” says Rainforest Rescue CEO & Founding Director Kelvin Davies.

"It's not only a win for the local wildlife and rainforest; it’s a win for our supporters. These people and businesses have given not only their time and money, but their trust. They’ve shown faith in our motivations and strategies for purchasing properties. They’ve trusted us to make decisions in the best interest of the Daintree Rainforest and future generations of Australians.”

Both properties purchased this year were ear-marked for development, but will now be protected forever.

"So what’s happened is, we’ve safeguarded an existing wildlife corridor from future development and fragmentation. Lots 82 and 83 connect with five other properties already purchased by Rainforest Rescue and increase the size of the Baralba Corridor Nature Refuge.

This corridor provides a vital link between two isolated parts of the Daintree National Park / World Heritage Area. It allows for the movement of wildlife such as the Endangered Cassowary… and it connects populations of plants, among them three vulnerable and 11 rare plant species,” says Kelvin.

Assigned by local Aboriginal people, the kuku yalanji, the name Baralba means ‘wildlife track’. “The biodiversity here is amazing,” says Kelvin. “I have seen Cassowaries in this area. It is a real hotspot for Cassowaries.”

Rainforest Rescue carefully chooses the properties it purchases andprotects following careful research into the conservation gains to be obtained. By strategically acquiring properties alongside one another we provide the habitat required for essential corridors for Cassowaries and other wildlife.

With each block purchased, regardless of size, further settlement in the Daintree is impacted; and it’s the settlement pressures of increased infrastructure, dogs and traffic that prove most devastating to local Cassowaries.

People settling in the Daintree Lowland Rainforest also bring garden plants that can invade the rainforest and become environmental weeds. We work to clear up these ‘garden escapees’ and keep on protecting more properties so that integrity is maintained and less settlement disturbs the Daintree.

The suite of native plants and animals on Lots 82 and 83 is diverse and well worth protecting. A fauna and flora study revealed the presence of over 137 different species of plants on the properties including locally significant rare and threatened species Haplostychanthus sp. Cooper Creek (rare), Normanbya normanbyi, Endiandra microneura (rare), Cleistanthus myrianthus (rare) and Hernandia albiflora. Both properties are classified as essential habitat for the Endangered Southern Cassowary (Casuarius casuarius johnsonii) under the Queensland Vegetation Management Act 1999.  Thanks Mates!!  We're doing the work that needs to be done and we hope you will tell yourfamily and friends about our work.  Take care! 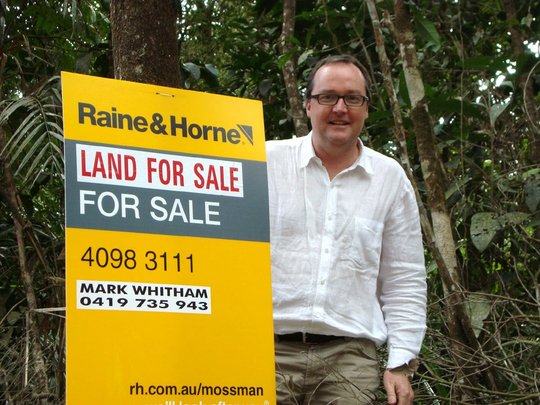 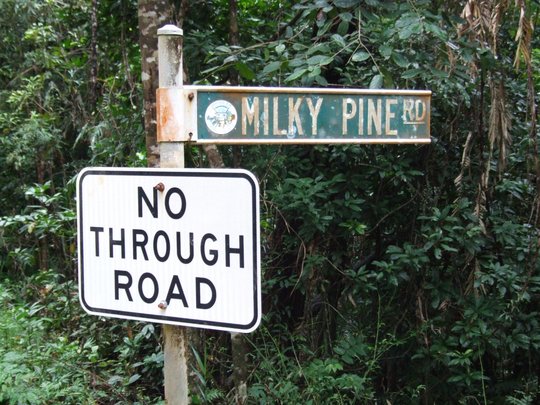 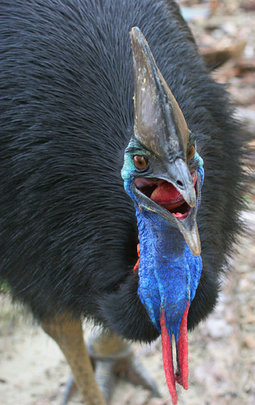 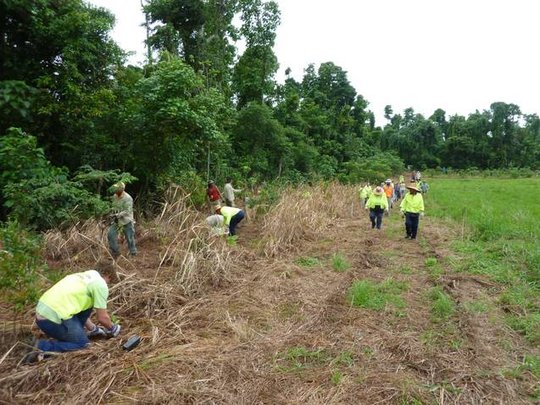 Please read further on this great success.  The posts below highlight why having your support is so very important and special.

I now ask that if the above work inspires you and fills you with a deep sense of pride, that you consider donating once again to this special conservation effort of ours on June 13, which is Bonus Day at GlobalGiving.  On June 13, all donations made will be matched at 30% (up to $1,000 per donation) until the $75,000 in available matching funds are depleted.  This is a great opportunity to see your donations go even farther and Rainforest Rescue would greatly appreciate the your support.  Please note, matching funds are usually depleted by 1:00-2:00 PM so please donate early if you are able to help Rainforest Rescue take advantage of this great opportunity.  Bonus Day starts at 12:01 EDT!!  More information on Bonus Day can be found on the GlobalGiving website.

Thank you again friends for the action you have taken to help save the Endangered Cassowary and Australia's World Heritage Valued Tropical Rainforest.  If you have any questions or comments you would like to share, please contact me at medicipj2@yahoo.com or paul@rainforestrescue.org.au. 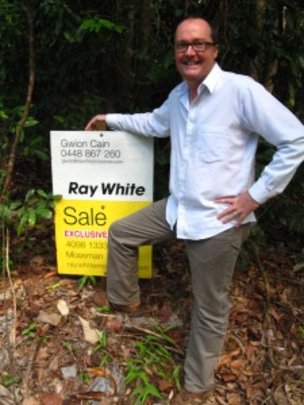 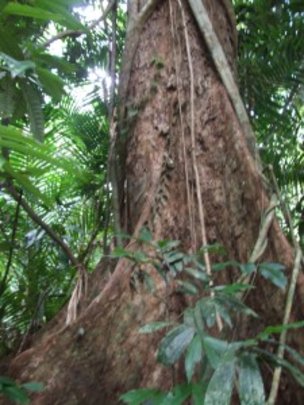 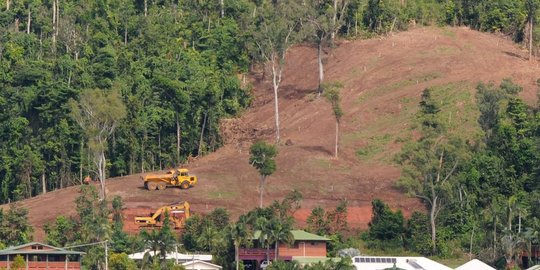 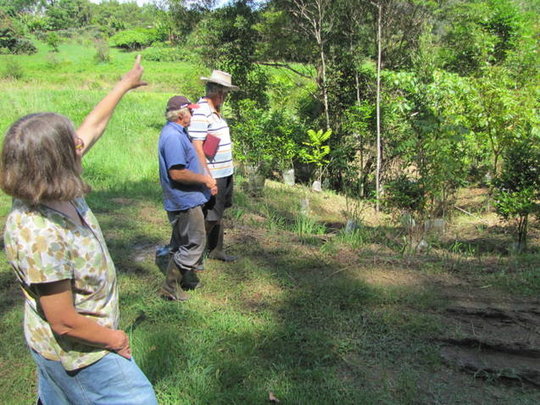 Planting trees in a corridor in The Big Scrub

Rainforest Rescue has been working with the Madhima Gulgan to implement a range of revegetation and regeneration projects on land located within the Big Scrub (please see our website at www.rainforestrescue.org.au for more information on the Big Scrub). The team has planted 1,620 trees in the project area over January-March period. The trees are all locally propagated for the subtropical rainforest and a stand of koala food trees were put in to add to an existing koala corridor. Unfortunately, Koala’s have just been listed as ‘vulnerable to extinction’ in Queensland, New South Wales and Australia’s Capital Territory under national environmental law.

***Site preparation, supervision of tree planters and maintenance will be undertaken by the Madhima Gulgan Aboriginal Association’s Bush Regeneration Team***

Thank you for your support friends!  We look forward to your continued interest and help, and hope that you may be able to help Rainforest Rescue further by forwarding our project around to friends via Facebook, Twitter and so on.  Every little bit helps!! 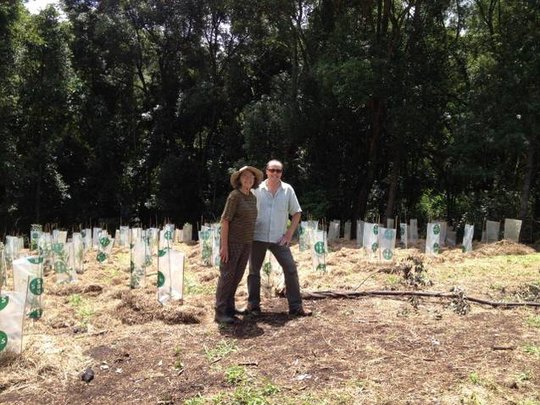 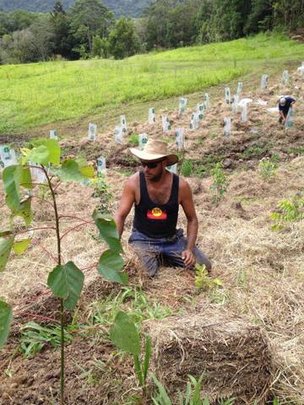 The Madhima Gulgan hard at work
‹ 1 ... 31 32 33 34 35 36 37 38 39 ›
WARNING: Javascript is currently disabled or is not available in your browser. GlobalGiving makes extensive use of Javascript and will not function properly with Javascript disabled. Please enable Javascript and refresh this page.