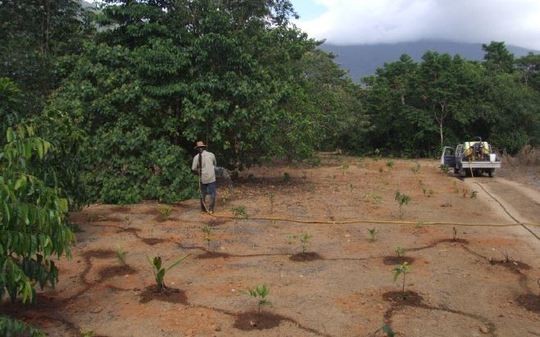 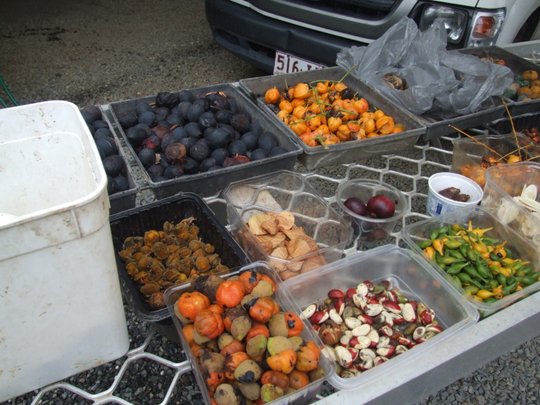 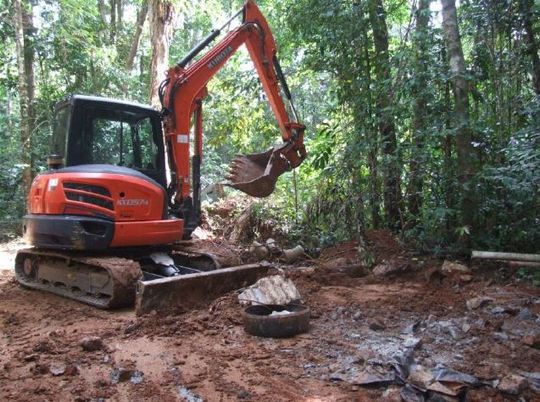 Help save the Cassowary this Thanksgiving

One of the most ancient of all creatures to inhabit the Wet Tropics of Queensland is the Endangered Southern Cassowary. As a 'keystone species' the Cassowary's role is pivotal in preserving the rainforest and its unique plants and animals. Yet, It's estimated that fewer than 1,000 birds remain.

The Southern Cassowary has been the Wet Tropics' 'rainforest gardener' for virtually its entire existence, and is the major seed disperser of around 150 plant species. Around 70 to 100 of these plants depend entirely on the Cassowary to disperse their seeds, maintaining the rainforest's rich biodiversity.

With so few birds left in the wild, we must act now to help save the Endangered Southern Cassowary. If it becomes extinct, we stand to lose not just one of Australia's most iconic animal species, but also the Wet Tropics - including the magnificient Daintree Rainforest - as we know it.

The greatest threat to Cassowaries is us...people. Rapid urban development in parts of the Wet Tropics has either destroyed or fragmented much of their habitat. An adult Cassowary needs 250 hectares in which to forage for food and to breed. The disruption of their habitat forces them to travel further - exposing them to threats like dog attacks and road fatalities.

Thanks to Rainforest Rescue supporters we are taking postive action to help save the Southern Cassowary. This includes the purchase and protection of 22 properties to date classified as 'essential' Cassowary habitat, and the planting of 43,756 trees in the Daintree Rainforest and at Mission Beach to create Cassowary corridors and provide extra food and shelter.

Mission Beach, south of Cairns, is home to Australia's greatest density of Southern Cassowaries. Yet, due to a combination of rapid development and extreme weather events, like Cyclone Yasi, as few as 40 to 50 birds remain.

That's why we are negotiating with the Queensland State Government to co-manage the Garner's Beach Cassowary Rehabilitation Centre near Mission Beach. This is the only facility that rescues, rehabilitates and releases injured and orphaned Cassowaries back into the wild.

Protecting and restoring essential Cassowary habitat and supporting the life-saving work of the Garner's Beach Cassowary Rehabiliation Centre is only possible with the support of generous people like you. Your donation is key to helping us reach our target of $130,000 by Tuesday 31st January.

Your gift is vital to carrying out these types of long-term projects:

The work of caring for and protecting the rainforest, on your behalf, never stops. As the annual cyclone season begins, a gift from you now can do so much to protect the Endangered Southern Cassowary, which is extremely vuolnerable at this time of year.

Please make a donation by Tuesday 31st December. Together, we can protect and restore habitat that is critical to the survival of the Southern Cassowary - and the many rainforest plants and animals that in turn rely on the 'rainforest gardener' for their survival. 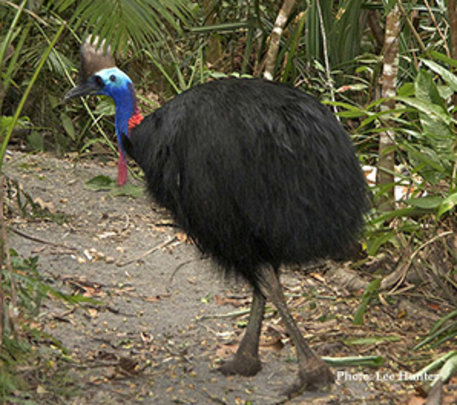 The Cassowary is critical to rainforest ecology 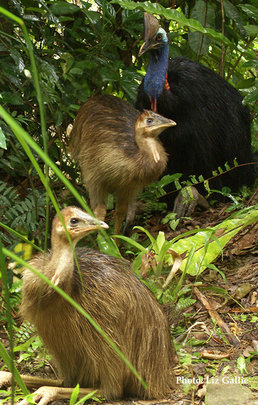 A Cassowary requires 250ha in which to breed 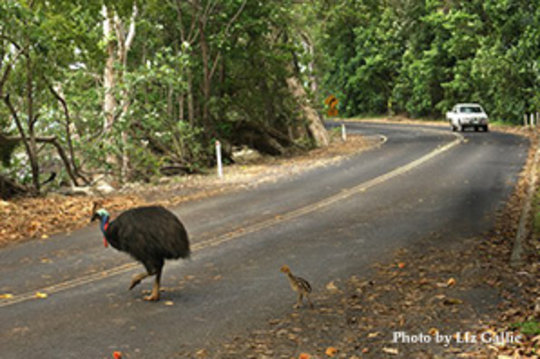 Traffic is the No.1 cause of Cassowary mortality 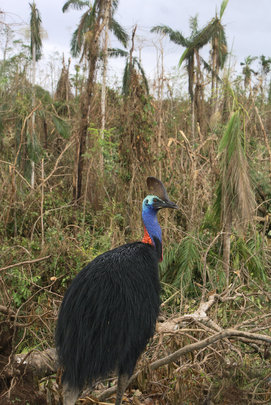 Thanks to you another rainforest property is saved 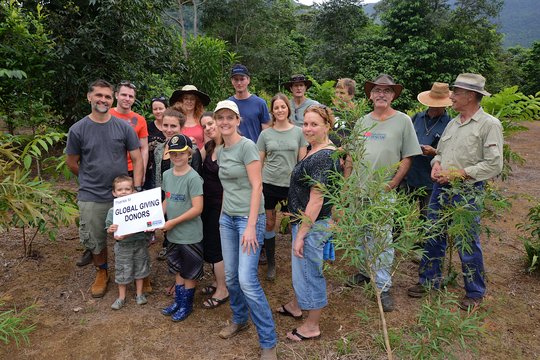 Thanks for your wonderful support

Earlier this year we announced our intention to buy back and protect five rainforest properties in the Daintree Lowland Rainforest that we had identified as high-conservation value. Thanks to generous donations from Rainforest Rescue supporters, and of course the wonderful contribution from our GlobalGiving donors, we recently confirmed the purchase of one of these properties at Lot 16 Forest Creek Close.

This property is one of three located on Forest Creek Close that we have targeted in our 'Top 5 Buy Back List'.

The acquisition of this property represented a strategic opportunity for Rainforest Rescue as it is located within close proximity to four other properties that we have already protected in this area; three of which form the Rainforest Rescue Nature Refuge. Its purchase provides habitat connectivity to the surrounding Daintree National Park/World Heritage Area, home to over 122 rare, threatened and endangered species including the Endangered Southern Cassowary and the rare Bennett's Tree-kangaroo.

Thank you so much for your generous support that enabled the purchase of this important rainforest property. Please will you donate again so we can buy back the remaining properties on our 'Top 5 Buy Back List'.

The purchase of Lots 17 & 18 Forest Creek Close which are adjacent to Lot 16 will create an invaluable wildlife corridor in this section of the Daintree Lowland Rainforest. Threat of development in this area is high given its idealic location to the Daintree River and the ferry terminal.

With every property that we purchase we are one step closer to ensuring that the unqiue conservation values of the Daintree Rainforest are protected forever. Thank you for everything you do to help Protect Rainforests Forever.

‹ 1 ... 27 28 29 30 31 32 33 34 ... 39 ›
WARNING: Javascript is currently disabled or is not available in your browser. GlobalGiving makes extensive use of Javascript and will not function properly with Javascript disabled. Please enable Javascript and refresh this page.