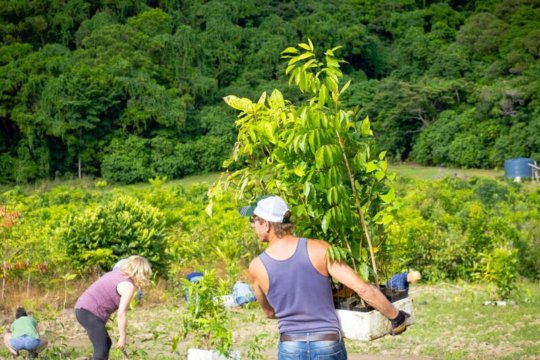 The last few months have marked one of Rainforest Rescue’s busiest periods to date. We have welcomed a new Daintree Ranger, Basil Byrne, to help Joe and the many volunteers keep the Rainforest Rescue Native Nursery powering at its strongest.

As a result of this increased on the ground activity, ten’s of thousands of rainforest seedlings have now been grown and continually cared for at the Nursery. Add to that over 5,000 seedling holes dug by the team on properties in urgent need of restoration.

All of this preparation came in anticipation of the annual ‘Plant a Rainforest’ weekend. Over 50 volunteers from around the nation and as far ashore as the United States, came together to fill 2,000 of these holes with Nursery propagated rainforest trees. By planting the trees, safe cassowary and wildlife corridors on these properties are built.

In less than two hours the job was complete. It was then over to Basil, Joe and the team to fill in the balance of holes in the coming days.

While the end result of 2,000 trees in the ground was incredibly satisfying to all, perhaps the most telling sign that the hard work was well worth the effort came from the Cassowary itself.

Rainforest Rescue’s ‘jewel in the crown’ reforestation project on Lot 46, Cape Tribulation Rd is a global example of restoration at its best, with over 50,000 trees planted since 2010. After the planting, volunteers joined a tour of Lot 46 guided by our Daintree Land Managers, and Scientific Advisor Dr. Robert Kooyman.

The group became larger as a Cassowary father and his three chicks wandered onto Lot 46. The immediate proof our work is creating safe wildlife corridors through rescuing, then restoring land, was so striking that supporters’ tears of joy were shed.

To all our GlobalGiving Supporters, in lieu of being present on this significant day, we bring you this story and a strong message of thanks.

You and fellow rainforest rescuers are rescuing and restoring strategic rainforest properties to create wildlife corridors and stop fragmentation of the unique and ancient lowland Daintree forest.

This wouldn’t be possible without your support. On behalf of all at Rainforest Rescue, and the endangered Southern Cassowary – Thank You. 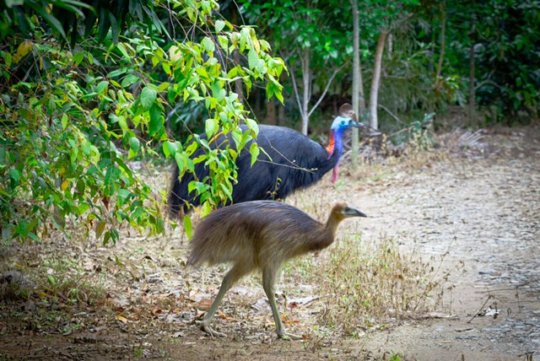 Cassowary Father with his chick 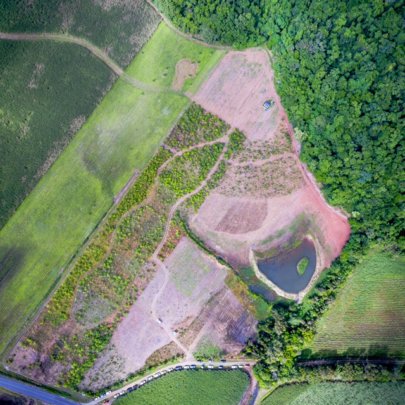 Thank You: You're Making a Difference 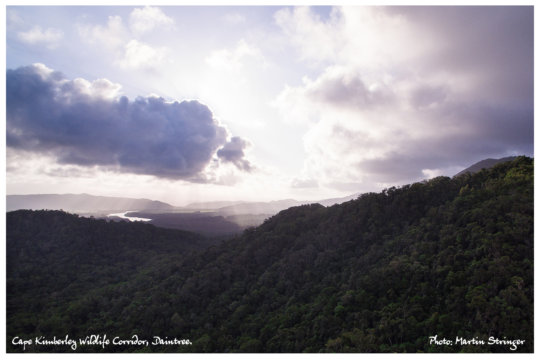 Thank You! Another Rainforest property has been rescued in the Daintree.

Lot 33 Cape Tribulation Road, Kimberley is the latest threatened rainforest property in the Daintree to be saved by Rainforest Rescue supporters following a successful appeal over Christmas. Lot 33 is important as it is the fourth property Rainforest Rescue supporters have saved as part of the Cape Kimberley Wildlife Corridor. This new and growing protected area connects upland Daintree National Park and World Heritage Area through to Swamp Forest Nature Reserve and lowland rainforest. Our next step is to put a legal covenant on the property to strip all development rights from the land to protect it forever.

The property shares one boundary with the recently rescued Lot 32 and another with Lot 29 - which then backs onto National Park. The announcement follows the protection of the Chris Bennett Reserve - situated across the Cape Tribulation Road from the other three properties. All three rainforest blocks saved in the last 10 months were in the Top 5 priority list identified by Rainforest Rescue for their high biodiversity value and connectivity.

It's wonderful to see friends of the rainforest rallying together to rescue vulnerable habitat. By targeting four properties in a high biodiversity area we've managed to create a permanent corridor for wildlife - linking upland and lowland Daintree rainforest.

Thank you for helping us Protect Rainforests Forever.

If you’re in Queensland this month our next community tree planting day will be on May 13th up in the Daintree: save the date for your diary. We're doubling our target from last year and are looking to plant 2,000 seedlings over the morning planting. Visit rainforestrescue.org.au for more information and to register your interest in coming along. 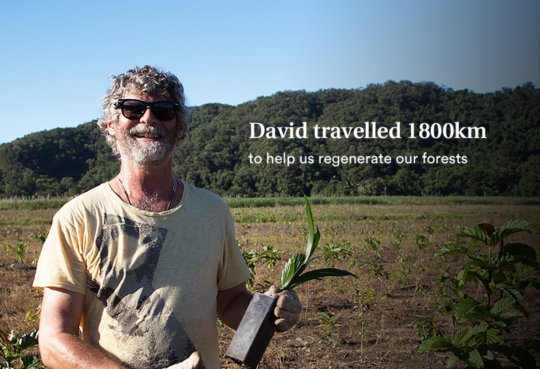 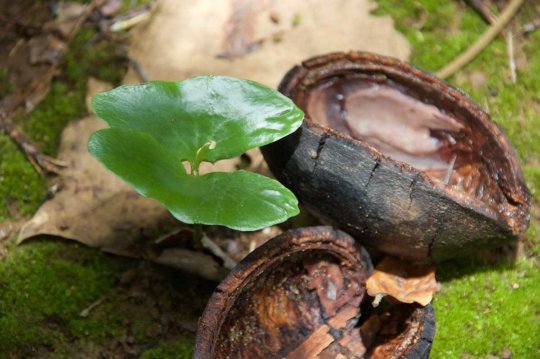 Last month, when inspecting our reforestation at Lot 46, I discovered a new Mueller's Silky Oak Austromullera trinervia seedling growing inbetween the trees (photo below). It's wonderful to see the forest regenerate naturally like this, especially when you find species unique to the area. I've linked below a video where our Land Manager Joe talks about growing seedlings of this Proteaceae.

Turning rubbish into a rainforst protector.

Before we could start reforestation of Lot 46 over 180 tons of rubbish had to be removed from the site. Dumped tyres were a significant proportion of this rubbish; an annoyance and unwieldy.

It’s important that tyres are disposed of responsibly. So, we've started a new research project to find a new use for recycled tyres - one that will have benefits for rainforest.

We were catalysed into action when some vandals illegally drove over newly planted trees at Lot 46. A barrier was needed to stop vehicles from driving onto the land. However, all the commercial products were too urban for a rainforest setting. Having already removed dumped tyres from the land, we had the idea of re-using tyres to stop people from driving into the rainforest.

The first phase of the project has just been completed, developing prototype recycled tyre bollards designed to have a low visual and environmental impact. Several design approaches were tested, before we found a manufacturer who could create a bollard from recycled tyres. We’ve now created 12 prototype bollards which will be tested out in the rainforest – helping protect it forever.

If you’re in Queensland next month our next community tree planting day will be on May 13th up in the Daintree: save the date for your diary. We're doubling our target from last year and are looking to plant 2,000 seedlings over the morning planting. Visit rainforestrescue.org.au for more information and to register your interest in coming along. 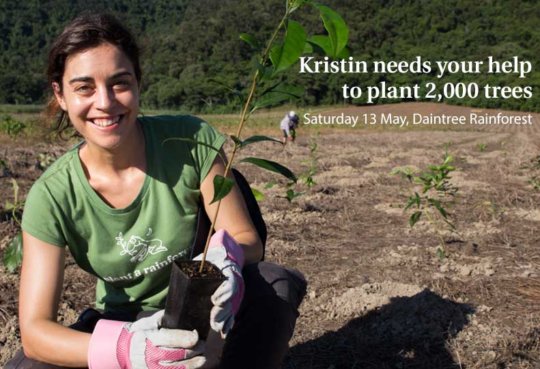 Join us at the community tree planting day

‹ 1 ... 13 14 15 16 17 18 19 20 ... 37 ›
WARNING: Javascript is currently disabled or is not available in your browser. GlobalGiving makes extensive use of Javascript and will not function properly with Javascript disabled. Please enable Javascript and refresh this page.