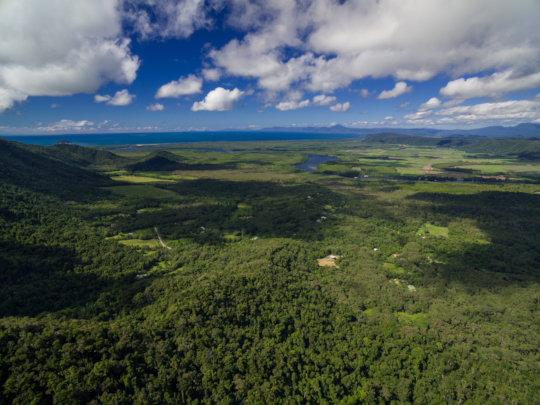 Rare and endangered species like the Southern Cassowary and the Spectacled Flying-fox are found here, amidst ancient and primitive flowering plants.

Conservation work in the Daintree supports this ancient forest ecosystem that has been evolving longer than any other in the world – by tens of millions of years – and is Australia’s largest and most biodiverse.

With the help of Rainforest Rescuers – people like you – we’ve rescued 2 priceless rainforest properties in the last year, significantly protecting pristine habitat for Nature and achieving a strong win for biodiversity. In addition to Lot 15 Thornton Peak Drive, Lot 30 Cape Tribulation Rd was successfully rescued because of people like you who recognise the power and importance of conservation.

We are successful together.

Lot 27 Cape Tribulation Rd, like Lot 30, borders the National Park and is adjacent to the Cape Kimberley Wildlife Corridor – we know this area well. Because of the connectivity to the National Park and World Heritage Area, and with a lack of protection on several of the properties still outside of the refuge, this property is high priority for rescue and protection. We have it on good authority that Lot 27 will likely qualify for inclusion into this protected corridor and is a real win for Nature, as well as for everyone who stands for conservation.

This dense, intact rainforest conjures up images of an ancient world, before subdivisions and development became a threat to Nature and our common future. Thick leaf litter, rich and humid air carrying the scent of flowers and mulch, the sounds of Wompoo pigeons calling to their mates and parrots screeching captivate the senses. Massive trees, twisting vines, a diversity of fungus, insects and beautiful butterflies – massive, vivid blue Ulysses butterflies – and more, inspire us to protect this haven for Nature. Cassowary droppings show this is a regular path on their foraging journeys through this habitat shared with other endangered and threatened species, like the Musky Rat-Kangaroo and the Spectacled Fruit Bat. Its location, dynamic structure and biodiversity make it an ideal candidate for nature refuge status and Wildlife Corridor inclusion. It scores very high on our ecological assessment and needs your help to protect it.

Snatched from the Jaws!

This property was at extreme risk – and in the midst of our appeal another buyer appeared and risked starting a bidding war which would be disastrous for the Daintree and conservation efforts. We managed to broker a deal with the owner to take our bid at asking – even though the rival was willing to go significantly higher. Fortunately, the owner chose to protect this land and go with Rainforest Rescue, even though it meant less money in their pocket. It's wonderful to encounter people who value Nature and this unique, precious habitat more than money.

But to do that we had to dip into our reserve so as not to miss the opportunity. Your support in helping us cover the cost of the rescue will help insure that Rainforest Rescue continues in strength and that we can capture the next property and the next, striving to protect as much of the intact Daintree as possible.

The real heroes behind these stories of successful conservation outcomes are our supporters – you and others like you who you know that this strategy works. Your contributions directly rescue and protect Nature in Australia’s largest, most biodiverse rainforest.

This property is our next step on this journey of conservation and protection. We will keep rescuing rainforest, block by block, and protect it forever, but only with your help.

Together we're making it happen. 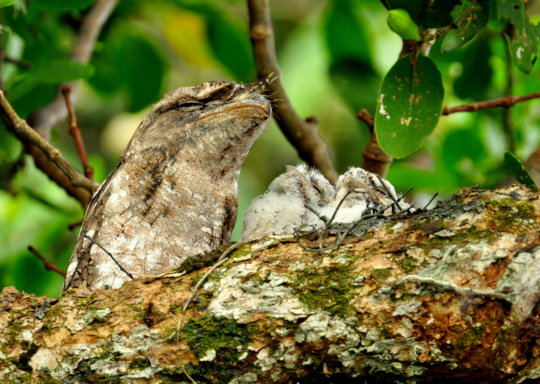 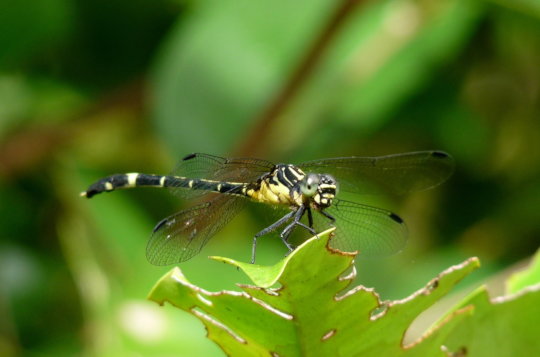 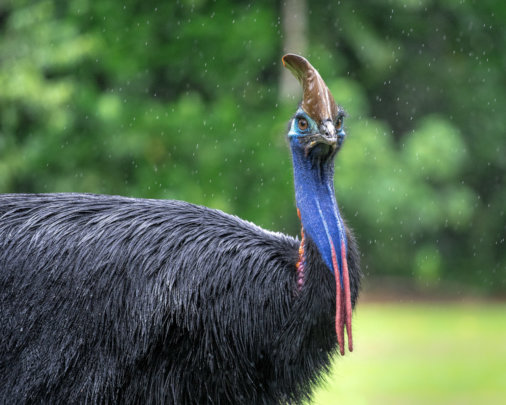 In 2015 Rainforest Rescue was approached by land-owner Annie S. to return fifteen hectares of old sugarcane fields back to thriving Daintree lowland rainforest. This is now known as the Nightwings Project.

In 2016 and 2017 with the help of many individuals, organisations and businesses, like YOU - we cultivated and started planting trees and revived a wetland area to draw in wildlife. Between 2018 and 2019 tens of thousands of trees were planted at NightWings to repair this damaged land.

By the project’s end, these seedlings will be flourishing between the lowland Daintree to the upland Rainforest and beyond to the coast.

We were very pleased to reveal to you around seven months ago that for the first time in over forty years an endangered Southern Cassowary was spotted here near Nightwings. This is significant as sugarcane does not attract cassowaries - rainforest species do. Since this time (around seven months ago) we had not spotted a Cassowary since.

However, just last night Joe our Land Manager wrote to say that this same Cassowary was spotted once again at Nightwings!

He writes: “We think it’s the same one as before …it’s now fully mature and looks like having established its territory there. Forty years, no sighting, then after revegetation – Bingo, Christmas in November.”

Joe claims this is a sure sign that regenerates work in bringing back wildlife especially the endangered Cassowary, to rainforest now thriving, that was once devasted.

The Southern Cassowary is a ‘keystone’ species. Through eating the fruit and pooing out the seeds of rainforest plants, it plays a vital role as the ‘rainforest gardener’. Many plants depend on the cassowary for survival. Without them, the future of the rainforest is in peril.

Southern Cassowaries are shy by nature and only pose a threat to humans and domestic animals when defending their nests or chicks, if they have become accustomed to hand feeding, or when threatened.

With your help, you have joined us to save this magnificent and little understood Australian by extending its habitat and making it safe. Thanks to you the Southern Cassowaries’ population numbers are increasing.

The Nightwings Project in Mossman QLD 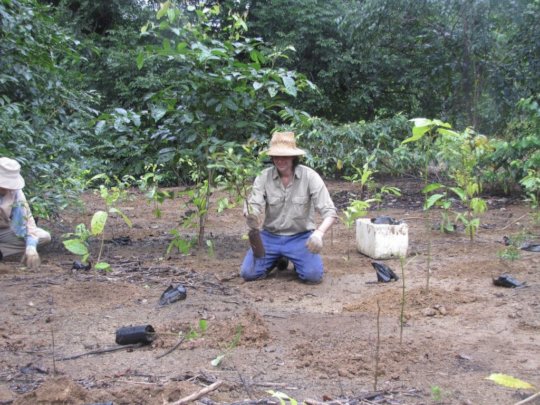 Ongoing Acclaim for Lot 46 in the Daintree 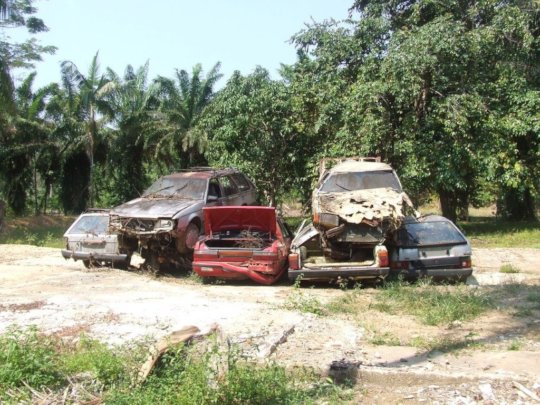 Every time we visit Lot 46, Cape Tribulation Rd in the Daintree rainforest, the incredible regeneration of this once devastated land, 27 hectares of it (or nearly 67 acres) speaks for itself as far as the Rainforest Rescue crew are concerned. To our absolute delight, we were able to take an unprecedented step and showcase this achievement to the nation a few weeks ago when we were contacted by the Australian ABC Television Network. A reporter here had heard about the work Rainforest Rescue supporters like YOU had made possible in completely rehabilitating Lot 46 – once a wasteland - and wanted to help us share this transformational journey to viewers across the country.

The story of Lot 46 is one that we love to tell. It is a rich one, full of emotion, commitment, blood, sweat and tears. Many dumped cars, hundreds of tyres, bunkers, housing pads and impenetrable invasive weeds, were all part of the initial stage of getting the land to a state where we could start regenerating – in the way of planting trees.

Since removing 180 tonnes of rubbish (almost 397,000 pounds) and planting over 45,000 trees, nine years later this land has come back so well that Rainforest Rescue has been advised to seek a Nature Refuge status early in 2020. Just a phenomenal comeback!

Endangered Southern Cassowaries are re-establishing their territories strongly here at this now beautiful rainforest land amongst many other thousands of flora and fauna.

From much time spent with the ABC network deep in Lot 46, a Landline episode was created an aired – a wonderful honouring of this land and the people – like YOU - that have made it come to be now a thriving rainforest. You can view the full episode here.

We hope that you feel very proud of the incredible comeback of this huge property in the Daintree lowlands rainforest– it is with your commitment to Rainforest Rescue that we have been able to accomplish this. 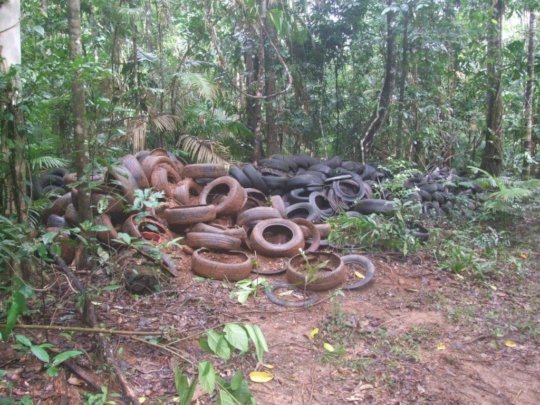 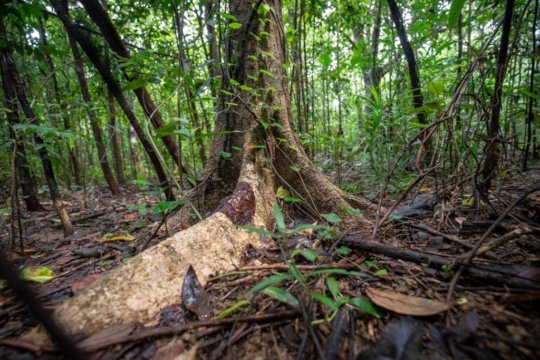 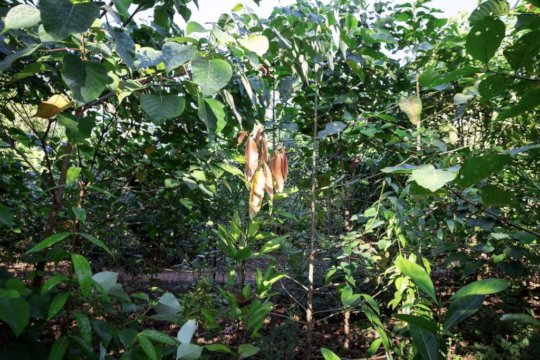 Flora coming back
‹ 1 2 3 4 5 6 7 8 9 ... 35 ›
WARNING: Javascript is currently disabled or is not available in your browser. GlobalGiving makes extensive use of Javascript and will not function properly with Javascript disabled. Please enable Javascript and refresh this page.