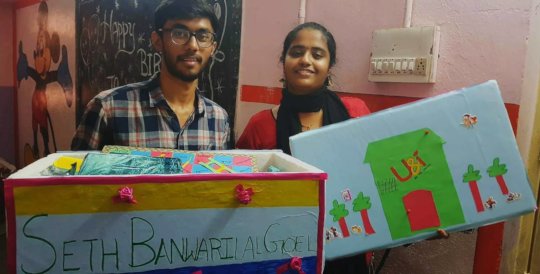 While we train our volunteers to use creative elements in their teaching, we’re constantly blown away by their innovation. From using popsicle sticks to teach the alphabet to practical lessons on gardening to teach the parts of a plant, our volunteers make sure it’s never about rote learning. At one of our Learning Centers in Hyderabad, the volunteers created a colourful box full of games that they use to teach the kids new words and grammar rules. This aptly named ’Resource Box’ uses Snakes and Ladders to teach the kids synonyms and antonyms, picture cards for nouns, coloured spinning wheels for numbers and much more. A big shout-out to our teachers for making learning so fun!

Today about 1500 children are being taught by young, passionate change-makers around the country. Not only are they being tutored in English and other subjects, they are also encouraged through creative play, reading programs and daily affirmations. We're amazed by our team of amazing volunteers who go the extra mile. 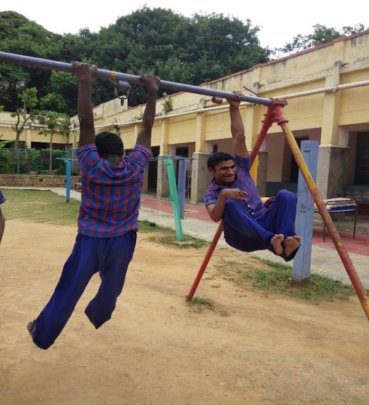 Mayaram was a regular boy, interested in sports and playing with friends. His circumstances, however, were not so normal. He was an abandoned child, growing up in a shelter home in Bangalore. But that didn’t deter Mayaram from enjoying himself and taking care of his friends at the shelter home.

Unfortunately, a few months ago, Mayaram’s life took a bad turn. After hospitalization for an illness, he became paralyzed due to wrong medication being administered. The once active boy was not able to move or speak. Finally, when the hospital couldn’t help him any longer, Maya was brought to the Institute of Mentally Handicapped Children (IMHC) where U&I staff met him.

Says, Jayraj, U&I’s Care manager, “He was completely unresponsive. He didn't want to try to get involved in anything.”

But over the course of the last few months, Jayraj has noticed disctinct changes in Mayaram’s behaviour. Thanks to physiotherapy, speech therapy and personalized attention, Mayaram is slowly improving in his motor abilities. “While his movements are still very very slow, he is starting to join the other boys on the playground,” reports Jayraj. Mayaraj is also re-learning how to colour, how to form letters and how to dress himself. The last few months have been tough on this young man, but with U&I’s help he is not giving up.

We are thrilled to make a difference in the lives of these boys at IMHC. The changes are not always huge. Sometimes, they are not measurable and quantifiable. But for Mayaraj, U&I’s involvement in his life spells hope for the future. 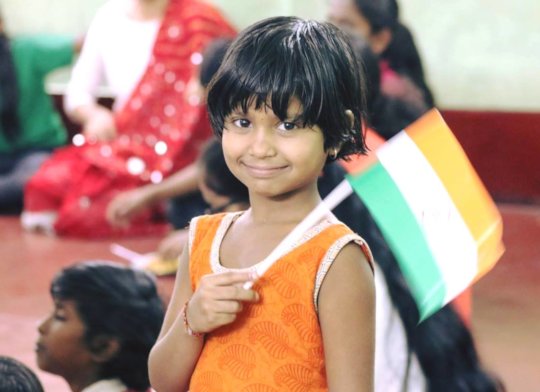 With classes kicking off at our Learning Centers, it was time for celebrations. And, what better time than India's Independence Day!

Our students celebrated in a bunch of different ways - some learning about being more mindful of the environment and others taking part in dance and music performances.

At the Akkamahadevi Seva Samaj Learning Center in Bangalore, students celebrated Independence Day with a talent show. From songs to dances to speeches, the children wowed their audience of volunteers.

This was followed by performances by the volunteers for the children!

The day ended, as most U&I events do, with games and healthy snacks made by the U&I leadership team!

It's days like this that will stay with the children forever. When someone applauded them. When someone cared enough to listen to a speech. When they got to share homemade snacks with their mentors.

Even though we've grown this year, U&I takes our responsibility toward each child seriously. We're here to make a difference. It may not always reflect in report cards or assessments. But it always reflects in the smiles of the children we reach.

Thank you for being part of this movement!

‹ 1 ... 4 5 6 7 8 9 10 11 ... 39 ›
WARNING: Javascript is currently disabled or is not available in your browser. GlobalGiving makes extensive use of Javascript and will not function properly with Javascript disabled. Please enable Javascript and refresh this page.