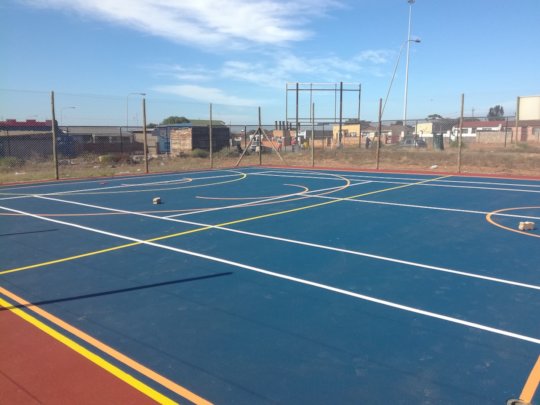 LEAVING a legacy by building a place where children can continue to play sport for years to come, was the motivation for an exciting new project completed this year by United Through Sport South Africa.

The opening of the Isaac Booi Multi-Sport Court, situated in Zwide in Nelson Mandela Bay, South Africa, meant that eager children from Isaac Booi Primary School and the surrounding community could finally test out the court – which they had watched being built over the past few months.

The children will now be able to play netball, basketball, tennis and 5-a-side-soccer on it. Isaac Booi is an anchor school of United Through Sport’s Junior School of Excellence (JSE) Programme, which is based in Nelson Mandela Bay. The programme nurtures participants with ability and determination to give them access to extra academic education, sports coaching and personal development at after-school classes.

“Making a sustainable difference in the communities where United Through Sport works, is a core priority and we believe this Multi-Sport Court will continue to offer children a safe place to play sport - for years to come as a legacy project. The court not only benefits our programmes we run at the school, but it is also there for the enjoyment and benefit of all the learners at the school as well as the local community,” said United Through Sport Director Nick Mould.

To continue to develop children to the highest level and give them an opportunity to rise above their challenges, they need to have access to quality facilities to enable them to compete with their more affluent counterparts, Mould said.

A parallel JSE Programme is run at Astra Primary School, in Bethelsdorp which is also in Nelson Mandela Bay, where a Multi-Purpose AstroTurf, used for hockey and soccer training, was built by United Through Sport – with the help of various funders. The Multi-Purpose Astro Turf was launched in 2016.

United Through Sport is currently fundraising for a third Multi-Purpose Court for training activities at Astra Primary School. Children between the ages of 11 and 13, spend one to two years in United Through Sport’s JSE Programme - with the intention of preparing them more thoroughly for high school. Children from schools in the area surrounding Isaac Booi Primary School and Astra Primary School attend the sessions. The children are selected (150 in total) at the beginning of the year when they try out in the various sporting codes and undergo basic academic tests, to determine a placement in the JSE Programme. 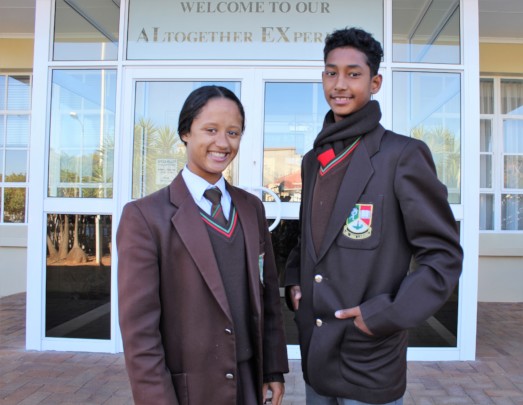 Kiara and Sachin, two of our budding sport stars.

Twelve children who are participating in United Through Sport South Africa’s programmes in Nelson Mandela Bay have been selected to represent their province (states) in either rugby or hockey.

“We are exceptionally proud of these young sport stars who always give their best on the field. Nurturing talent from a young age is crucial for the development of the children and we pride ourselves in unlocking sporting opportunities for the talented children who participate in our programmes,” said United Through Sport South Africa Director Nick Mould.

Currently 140 children across Nelson Mandela Bay participate in United Through Sport’s Junior School of Excellence (JSE) programme. The programme offers an additional two hours of teaching and coaching every day after school – providing extra academic support in Maths and English, further sports coaching, life skills classes and personal mentoring. Deserving children from the JSE are then selected for our Senior School of Excellence Programme (SSE), for placement at some of the top participating high schools in Nelson Mandela Bay.

Claredon Park pupil Wayvin made the EP Hockey Under-13 A team, while fellow school mate Keenan had been selected for the final round of the EP Rugby Trials which will be held in Bloemfontein later this month, where the A and B teams are selected. 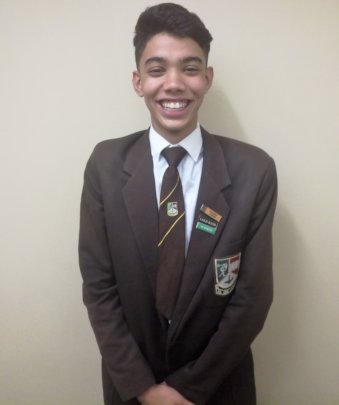 This is true in the case of Chadleigh, a Grade 12 learner from Alexander Road High School, who has for a second year in a row came in the top three of his age group at the annual Rhodes University Mathematics Experience (RUME).

At the RUME, which was hosted in Grahamstown on February 16, he competed against representatives from around 30 other schools in the Eastern Cape. He recently heard that he scored second overall in the Grade 11 to 12 category after completing a mini-Olympiad (20-question maths competition) during the RUME.

“Maths is actually very easy to me. It involves a lot of problem solving and creative thinking. You have to be innovative in the way you solve the problems,” Chadleigh, who lives in Port Elizabeth, says.

Chadleigh is no stranger to performing well at the RUME competition, as he last year came first in his age group during the mini-Olympiad. Combining the two years’ scholarship prizes, he has accumulated almost R100 000 worth of tertiary tuition scholarships for studying at Rhodes University in 2018.

This gifted learner has not made up his mind yet on his future career aspirations but is leaning towards a BSc degree in Microbiology.

He is also competing in the South African Maths Olympiad and enjoys Advanced Programme Mathematics as a seventh subject.

When he is not studying, he enjoys playing tennis, squash and chess.