Return to the Future 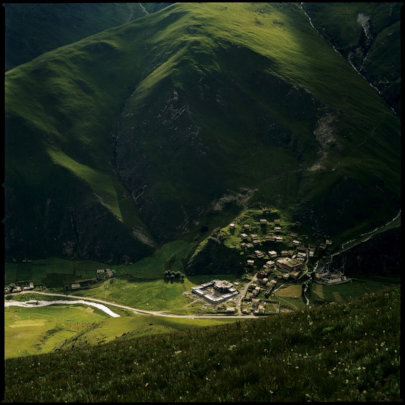 My daughter iana, was born about 3 months premature, 26 years ago. My wife, Wenjing, had placenta previa and fibroid mayomas , uterine tumors that, as if the prematurity weren’t enough, were threatening my wife’s and baby’s  life with fatal hemorrhaging. Thus began my journey with mother and child health.

It was something that neither of us could prepare for. Because of a very great Headmaster at Western Academy of Beijing, Ian Rysdale, Wenjing was air evacuated to the Queen Mary Hospital in Hong Kong, which with its 18 stories, had a one entire floor a pediatric neo-natal care unit. 1 ½ months later, a very tiny Iana Cybele Weingrad was born. And Wenjing was alive to talk about it. iana was named after Ian Rysdale.

Thus my journey with mother and child health began right then and there, with my own lifetime membership in the circle of life.

I began to see these struggles in every small child and every mom, dad, grandpa and grandma in rural China. With our clinic in 4400 m-high rural Tibet, I became sensitized to not only how vulnerable women are there, but how dangerous it is, especially when you don’t live near an urban 18 storey Hospital.

With no private automobile ownership, living on a funky dirt road, on the south side of a 16,000’ mountain pass,  5 or 8 hours away from any hospital,  I learned that this is not some freakish rural outlier. It is the norm, precisely the  challenge, what  every rural Tibetan woman faces, day in , day out, traditionally without midwives, or nearby hospitals. I even came up with a slogan: "if you want to save a culture, save a mother."

It is a very very bad case study of how threatened, un-empowered women, women who until our clinic came along, and how they lived with since time immemorial. It is one where they had to give birth by themselves in the fields with the animals or in the yak bier, and cut their umbilical cord by themselves, with the oldest, rustiest knife available. Unassisted.

It was a ritual that perfectly mirrored the very low status of Tibetan women.

After the birth of our baby,  iana, I vowed to do something about them. Now 25 years later, I can boast that we trained our two doctors with over 150 very great volunteers, doctors  from Beijing, San Francisco, Vancouver, Colorado, New York. With the help of the American Chamber of Commerce of China, Ogilvy, Siemens and Beijing United Family Hospital we received modern equipment like an autoclave, ultrasound and microscope.

In an area that held among the highest maternal mortality in the world, at 1200 mortalities/100,000 live births, we were able to reduce the MM to zero by 2011.

But we still have a ways to go — our building was aging and not aging well. In the last 6 years we turned all that around fixing

—a modern sanitary shower and toilet

—computers and a printer for the doctors’ offices.

Somehow all of this seemed like problem solving,  problem by problem. Then it occurred to me when our patrons in Beijing would ask over and over again, that Surmang was not just some cast-off funky part of Qinghai. No.  It is China’s own Bhutan and with the right environment our patrons could come to an exotically beautiful —and holy— part of China but support our work at the same time.

That’s how the idea of a lodge at the clinic was formulated. So this year we installed a new kitchen and with the generosity of a big company here in Beijing, and coverted one of the bedrooms into a Japanese shoji and tatami room, a tea room. Oddly enough we found that the suppliers of these rooms were willing to discount their materials 40%, 50% because they were, like me, inspired to give back to the neediest people in China. Take a look at what donations have done to our clinic. Make mother and child health a sustainable project!

And join our cause! 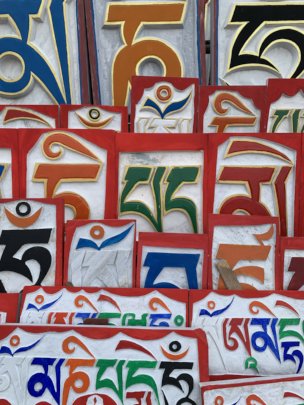 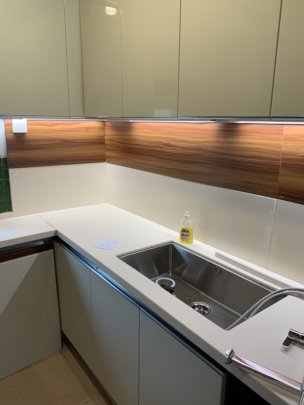 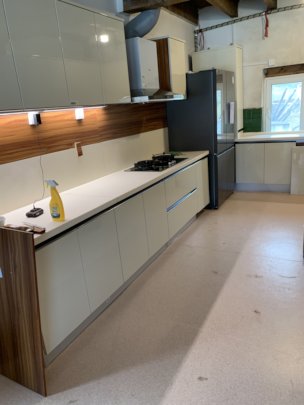 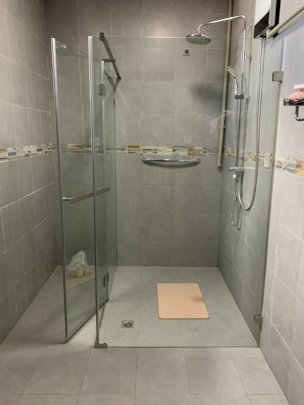 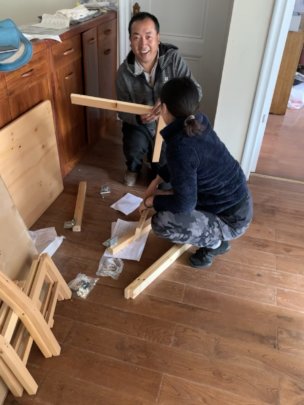 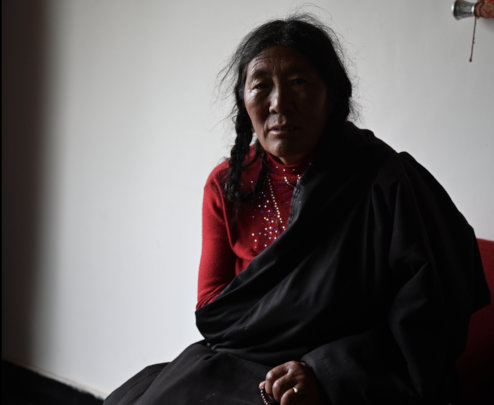 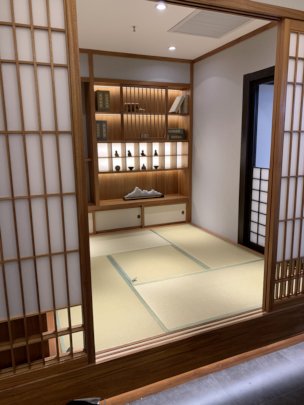 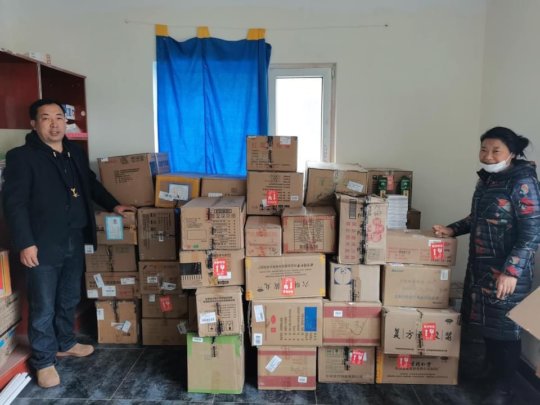 $10,000 of donated meds, all given patients gratis

We have, since 1988 tried to answer the question: if all life on earth were under threat, and we could through mass interstellar transport, save a significant number of earthlings, who would we save?

It occurred to me that we have attempted to answer that question in the past 30 years. At the head of a line, most people would include Wall St. bankers, politicians, Iowa corn farmers, entertainers, doctors, scientists, and professional athletes. I would put first the common people of East Tibet: the farmers and the nomads and then the monks, nuns and yogis first in line on that rocket ship. Why?

These humble and mainly illiterate people are survivors. And as Covid 19 has taught us, that is no small accomplishment. But beyond mere survival there are other praises we can sing.  As few of them would admit in their humility, they carry the culture of vastness, cheerfulness, and most importantly, compassion. In our 30 years of work at Surmang,  it is our honor to help revitalize them.

This year we will reach out to other international foundations so that our success can become not just a model of rural health work, but one of an international standards clinic. Our clinic building was the first new construction at Surmang after the disastrous years of 1955 – 1980.

But it wasn’t on barren ground. As Karma Sengay Rinpoche told me in 1991, there are many larger Surmang monasteries than Surmang Dutsi til, but none holier.

Outreach to the Chinese Government.
I’ve tried to follow the example of their late Abbot, Chogyam Trungpa, by not collecting projects but by giving projects away. and embracing anyone willing to help. There were some bad harvests along the way but most, starting with Chinese Ambassador Han in 1986 to the head of the Minority Affairs Council in 1990, to the Qinghai Governors to the head of the Yushu Public Health Bureau, we sought out the partnership with the government in order to see what we could do to help. Our over 5 partnerships with the Chinese government were a bridge not just with China and the Chinese Government, but with foreign leaders seeking to connect with the wisdom of the of the region’s wounded but undying spiritual vitality.

Much of the help was done out of respect for Chogyam Trungpa so much so that we were told in a private audience with the Qinghai Governor, that our philanthropic work was the upaya, the compassion, of the Vidyadhara, Chogyam Trungpa. After all these years, it is very very likely that our clinic is the only international clinic in an ethnic Tibetan region. 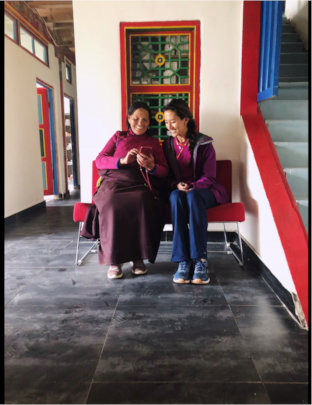 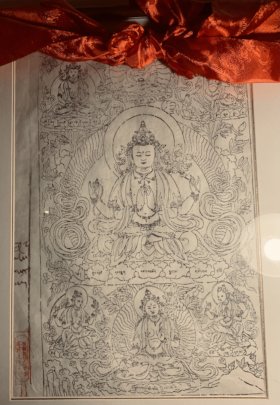 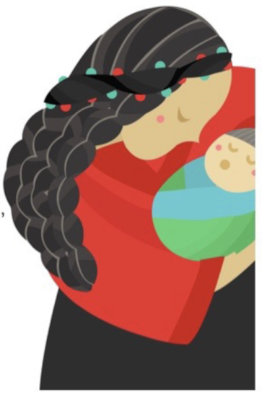 Not a Ray Bradbury Novel 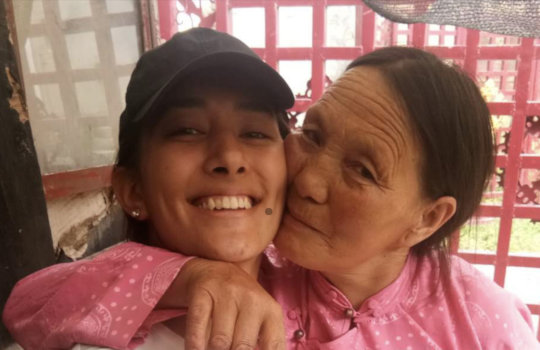 I’m not a young man — so I’ve seen a lot of years. I don’t know what 2021 will bring, but 2020 was as close to a Ray Bradbury novel as I care to get. At the end of January 2020 I went to Hawaii to see my daughter starring in a dance performance at the University of Hawaii, “The Last King of Bali.” Then, I almost couldn’t get back into China, where I live.

Time and again since then I couldn’t get out of our compound where we live —the requirements just to go to the shopping center are draconian. With the various forms of ID, entering the local supermarket itself is like entering a foreign country. Everyone has cell phone software that tracks their movements. It is inconvenient, but then again so is death by Covid-19. Social distancing and pro-active public health management has kept the situation from going from bad to worse in China. With low car use, the skies are as blue as I remember them in my 30 years here.

Fortunately for our clinic in far away Qinghai, on the vast Tibetan plateau, social distancing is a normal part of Tibetan culture and we didn’t have to create any special procedures. But women still get pregnant, babies are born. And that is our foundation’s sweet spot.

2020 was a good time for taking a long look planning our future.

We bought a lot of furniture from IKEA and a big Panasonic washing machine, new beds, convertible sofas, meds cabinets. At the end of the summer a ceiling was installed in the entire first floor. Next time you need to call an electrician just say a prayer of thanksgiving that your home is not in East Tibet!  In addition to GlobalGiving.org., our patrons here in China want to visit and I want all of you to also see what good your donations have created. We plan on using the second floor of the clinic as a lodge just for that purpose when we don’t have programs there, such as community health worker training, or visiting doctors providing training. But that will have to wait to later this summer.

You are all invited.

Our 2020 donations were the best since our foundation’s creation in 1988. Please continue your support. Until then, please add your name to our growing mailing list to keep track of our continuing strange and wonderful story, increasing the status of women, saving their lives and those of their babies. 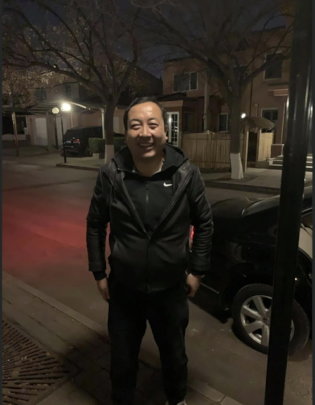 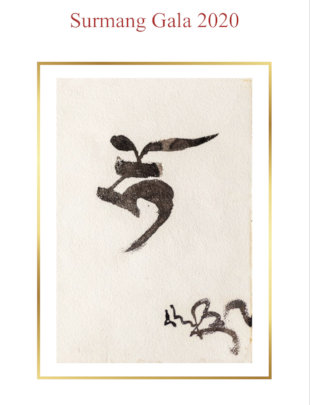 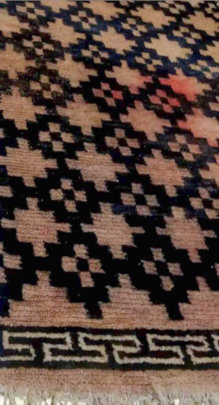 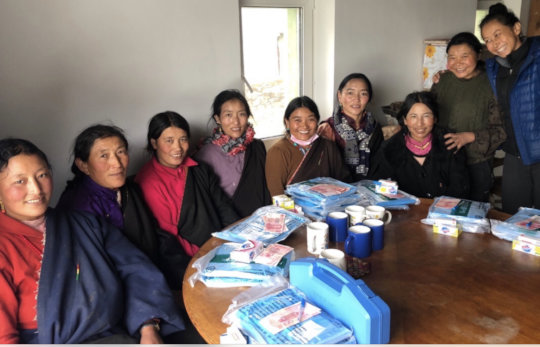 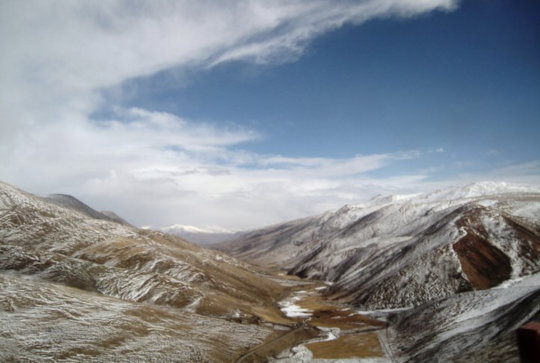