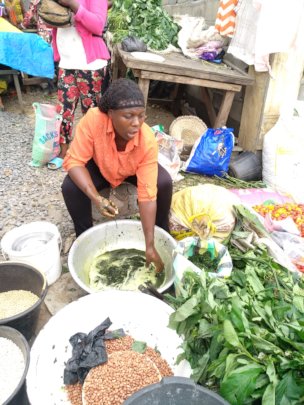 Jeanet in the market

“This crisis forced me to run from Tole and relocate to small soppo” said Jeanet a KGA beneficiary. Jeanet is a 27 years old girl who has felt the brunt’s and scums of the ongoing Anglophone crisis among other women in Tole. In October 2018, before during and after the presidential elections that took place in Cameroon, Jeanet and her parents including her siblings had as routine to frequent the bushes to seek for security. When it became unbearable for most families in Tole Jeanet’s own inclusive, many decided to leave Tole and settled around small Soppo  in Buea.

Being the first child in a family of three Jeanet decided to settle in Small Soppo and rented a room there together with her child’s father (though not married) and her daughter who is 3 years of age. Jeanet is an advanced level holder who dropped out of school because she became pregnant. She could not continue school so she had to came leave with her parents. While with her parents, she helped her mother out at the market to sell vegetable.

Having dealt in vegetable  business prior to the Anglophone crisis, when Jeanet, her daughter and the daughter’s father relocated to small Soppo in December 2018. While in small soppo, she started the vegetable business with the sum of 10000 frs ($20). With this amount Jeanet started going to Tole and buying vegetable from farmers there then she brings it to Buea and sell at a retail price of between 300 to 500 frs depending on the season.

When she was identified and integrated in the KGA program in November 2019 she received a grant of 30000frs ($60) she increased her purchasing power and added a variety of vegetable to her business. At first she could buy just bitter leaf and water leave because these ones are not too expensive. But when she received her first level grant she added huckle berry and okongobong. Due to the increase in her purchasing power, she  is now a supplier to some local restaurants in town . she supplies washed vegetable to Mariton Hotel in Buea. To further increase a market base, Jeanet also slice the vegetable in the market on commands. When a customer buys vegetable from her, with the demand of the customer, she slices it and she is paid for it. For example a bundle of better leaf which she sells for 300frs when ask to slice it u pay your slicing for 100frs which makes her earn 400frs for that vegetable. When asked why she does the slicing, she said “many people sell vegetable in the market and if you are not smart to add something that is not commonly done in the market then you won’t advance in business”.

As of  February 2020, Jeanet had a  monthly working capital of 49000 ($98) and a monthly profit of 30600 CFA approximately ($61). Due to her increase in capital and profit, together with the training she got on book keeping and savings, Jeanet has now joint a weekly Njangi where she saves 5000 CFA  every Friday. She has accumulated savings of 60000 CFA ($120) as of February 2020 when she was monitored and evaluated. “My child is 3 years old now and I can say I am partially ready and prepared to send her to school. I am already preparing and saving for some of her school needs. I believe by September I will be fully prepared for her to start school” said Jeanet.

Jeanet plans on opening a provision store in Small Soppo. This is one of the reasons why she is so committed to her weekly savings. She is hoping that if all goes well, by August 2020, with the sum of 150000 CFA  ($300) she will start up this her new business.

Thanks for the assistance you give women around the world. This is how far your help goes to put smiles and revive hope among them. 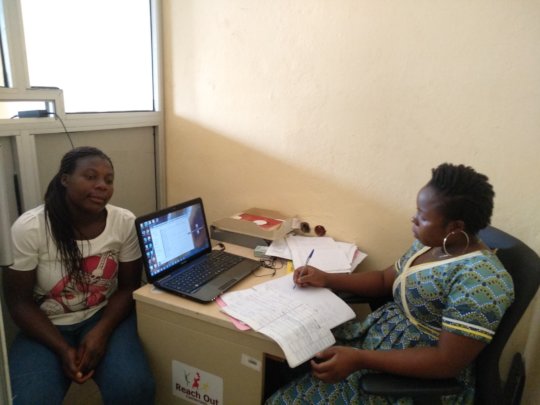 a one on one follow up with Jeanet in the office 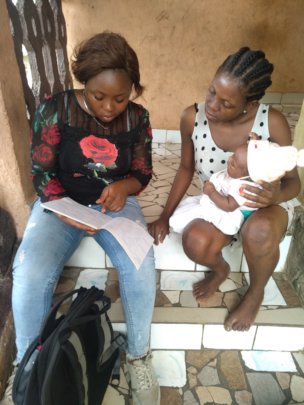 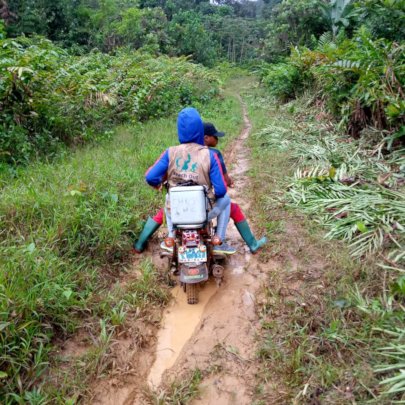 On the 31stof March, I received call from Roland, the Community Health Worker in Bafaka, about a disease that had caused fever, headache, and loss of consciousness and had affected 3 children already. The mobile team after some questions agreed it was probably meningitis. However, to confirm this, fluid from the spine needed to be collected and tested. Our biggest fear was that it could be meningococcal meningitis, which is epidemic meningitis able to spread from one child to another and has a very high mortality rate. The mobile team left for Bafaka use one day to travel across the forest and hills. On arriving Bafaka, we explained to the community the reason of our trip. The people quickly refused they had no meningitis in their community.

It was later on discovered that they feared the disease because it had killed many of children before about a decade ago. The mobile health team assessed all the children in question. The required samples were collected from the spinal cord and the sick children taken to the hospital along with the samples. It was confirmed it was bacterial meningitis but thank God not the contagious type. The children were treated at the Ekondo titi District Hospital.

It’s been quite a challenging period for the Community Health Workers going through the communities of Funge, Masore, Kitta, Lobe Estate, Njenku, Ngolo Metokor, and Lipenja to identify, treat and refer basic illnesses. For the past months it has beenfilled with a lot of insecurity and fears due to both clashes between armed groups and the military and also the spreading fear of COVID-19.

Also during this month 23,284 people (10,437 males and 12,847 females) were educated by the team of Community Health Workers on hygiene management. A total of 1,444 mothers and or careers of mothers with young children between the ages of 0-23 months were reached with counselling on Infant and Young Child Feeding by Community health workers, 1,937 children (989 males and 948 females) were screened for malnutrition using MUAC and out of these, 2children (2 males) were diagnosed with Severe Acute Malnutrition and are being treated with Ready to Use Therapeutic Food. 5 children (2 males and 3 females) were diagnosed with Moderate Acute Malnutrition.

This is the last month when we will be able to operate at this scale. If we do not receive donations or a project extension through other donors, we will have to suspend pay for all these community health workers. These activities will stop, as well as the active surveillance that allowed us to identify and test possible cases of meningitis. This is why we ask your urgent support.

Note: Pictures are from before March 2020, currently all our health staff and community health workers wear masks and use COVID-19 protocols. 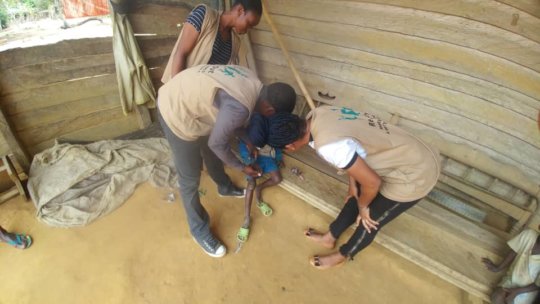 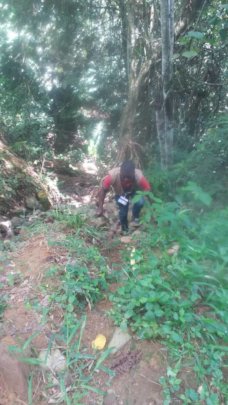 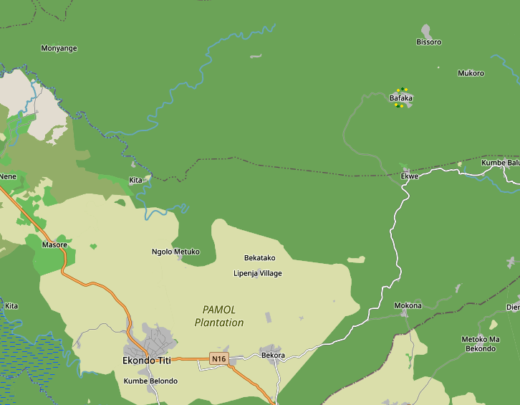 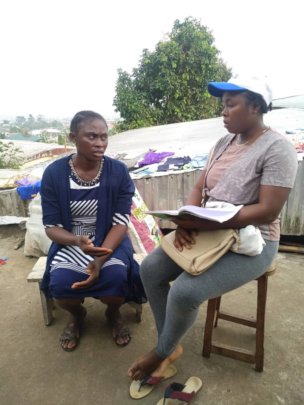 This microproject, titled “Help Empower internally Displaced youths in Fako and Meme has as major objectives to support 15 youths who have been grossly affected by the current crisis by establishing small businesses for them. In Meme, 05 IDPs have been selected for intervention because this area has for the past two years served as host community for many Internally Displaced Persons from other parts of Meme such as Ekombe, kwa-kwa, Mbonge just to name a few. In Fako, areas such as Molyko, Koke and Small Soppo which has witnessed an increase in IDP population recently with people coming in from Ekona, Muyenge, Bafia and others were chosen for a start of this project.

Major criteria for selection was that the IDP must be between the ages of 18-35  years and should be willing to do business and to comply with the organization’s monthly follow up procedures.

So far, the following activities have been carried out:

Edith, one of the identified youths to be empowered shared the following story

Edith is a mother of four who was displaced from Ekombe (Meme division) to Koke (Fako division) where she has been living  for over two years. She has a sister in kumba but could not live with her because her quarter is frequently attacked by the SAG and NSAG. Together with her husband  and 10 kids ( 6 are her  sister’s own kids) now rent a room in Koke a locality in Buea. She hawks and sells fried ground nuts just to make a living. Presently,  she has a capital of 10000 frs ($20) which she manages to make a living together with her family. With support from her husband, she struggled in the first year and all of the children started schooling.  Though I stress in selling the fried ground nut because i hawk around, the business is really profitable but since I don’t have enough capital, I can’t really save anything out from my business as I use the profit to feed the family which most often than not it is not sufficient for 12 people in the house.

Edith has a desire to add dry species to her business if she can raise a sum of 100,000 frs ($200). This is a business she admires and has helped a friend of her’s to sell when she just came to Buea.  But her desires or dreams are threatened because two of her sister’s daughters who are schooling with her are pregnant. “Now am confused and don’t know what to do. Do I look for money to feed the family or do I look for money to register them for anti-natal or what”? If she had to start saving for the desired business now she will be forced to divert the money to the needs of her pregnant nieces. Never the less if Edith is assisted she can and will be able to support her family.

With support from Reach Out Staff, her business plan has been drawn and she will receive the money next week to start her new business 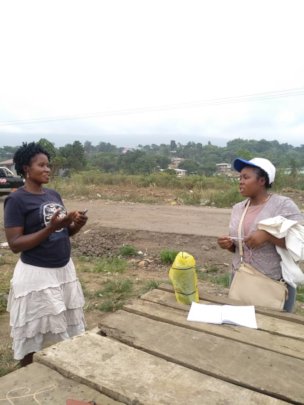 Documenting Story for Edith
‹ 1 2 3 4 5 6 7 8 9 ... 43 ›
WARNING: Javascript is currently disabled or is not available in your browser. GlobalGiving makes extensive use of Javascript and will not function properly with Javascript disabled. Please enable Javascript and refresh this page.